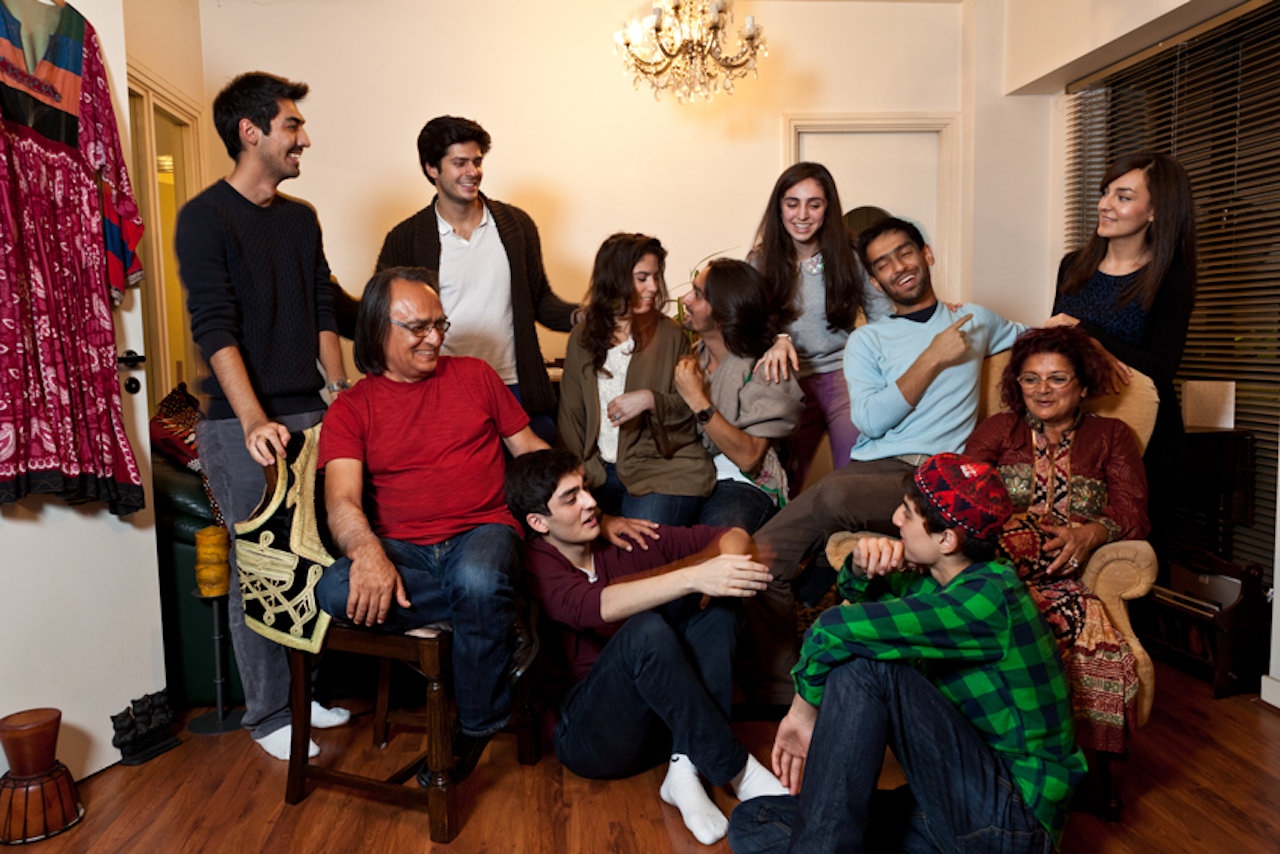 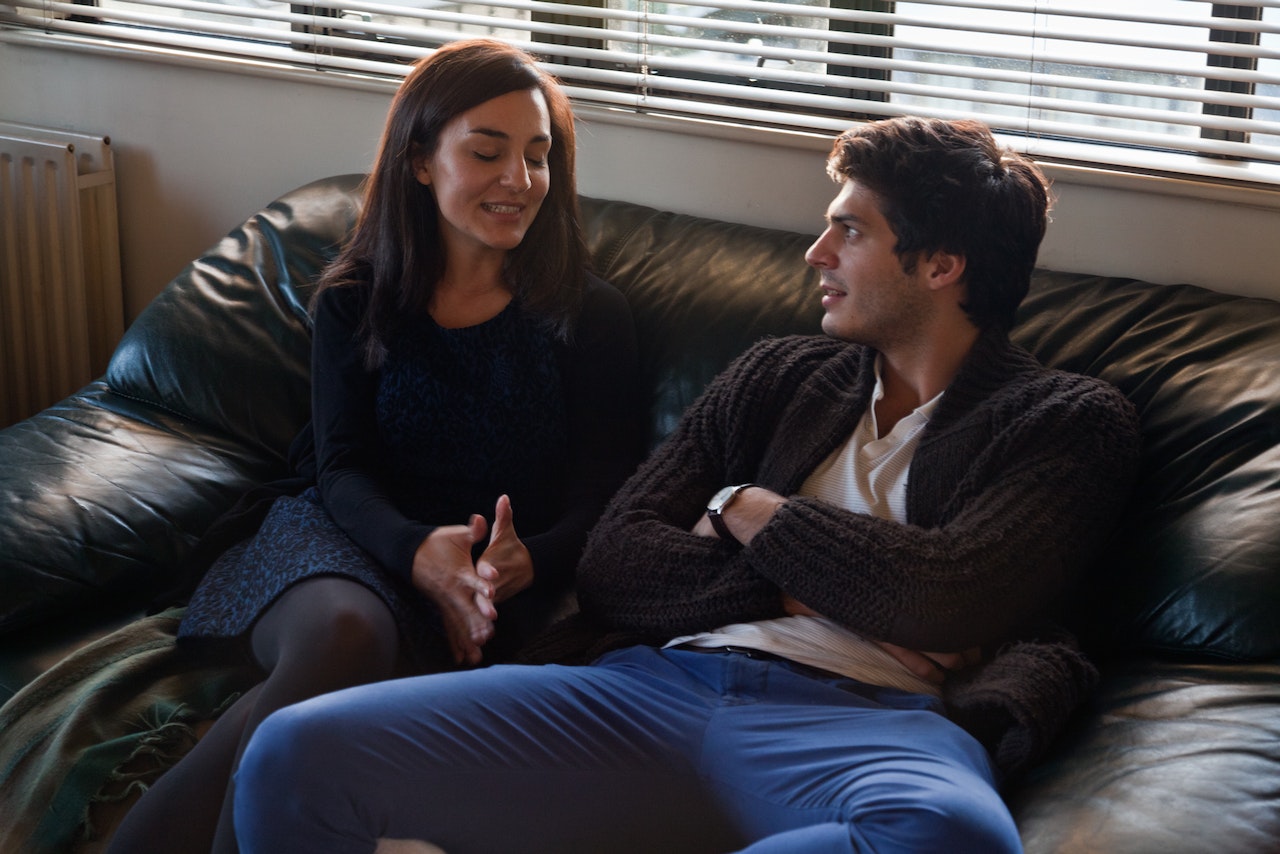 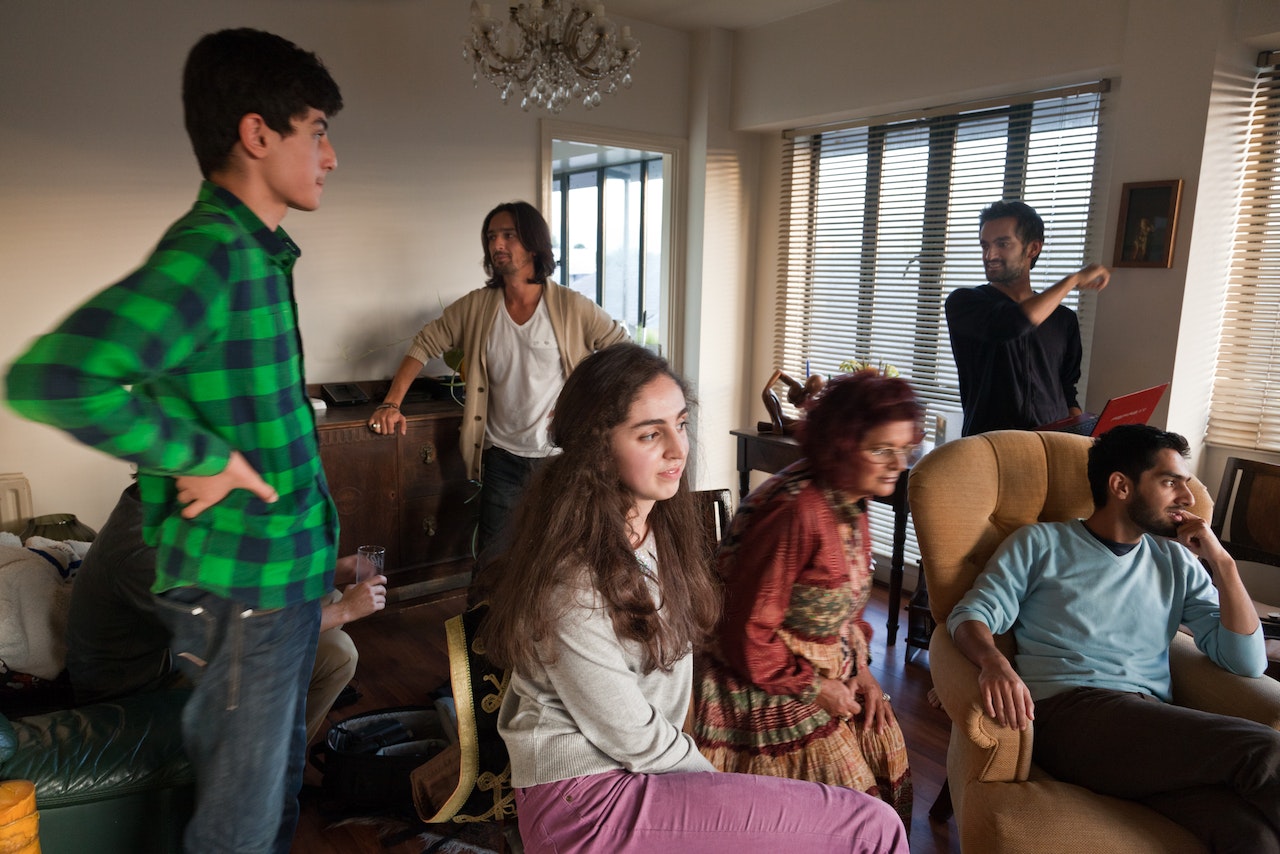 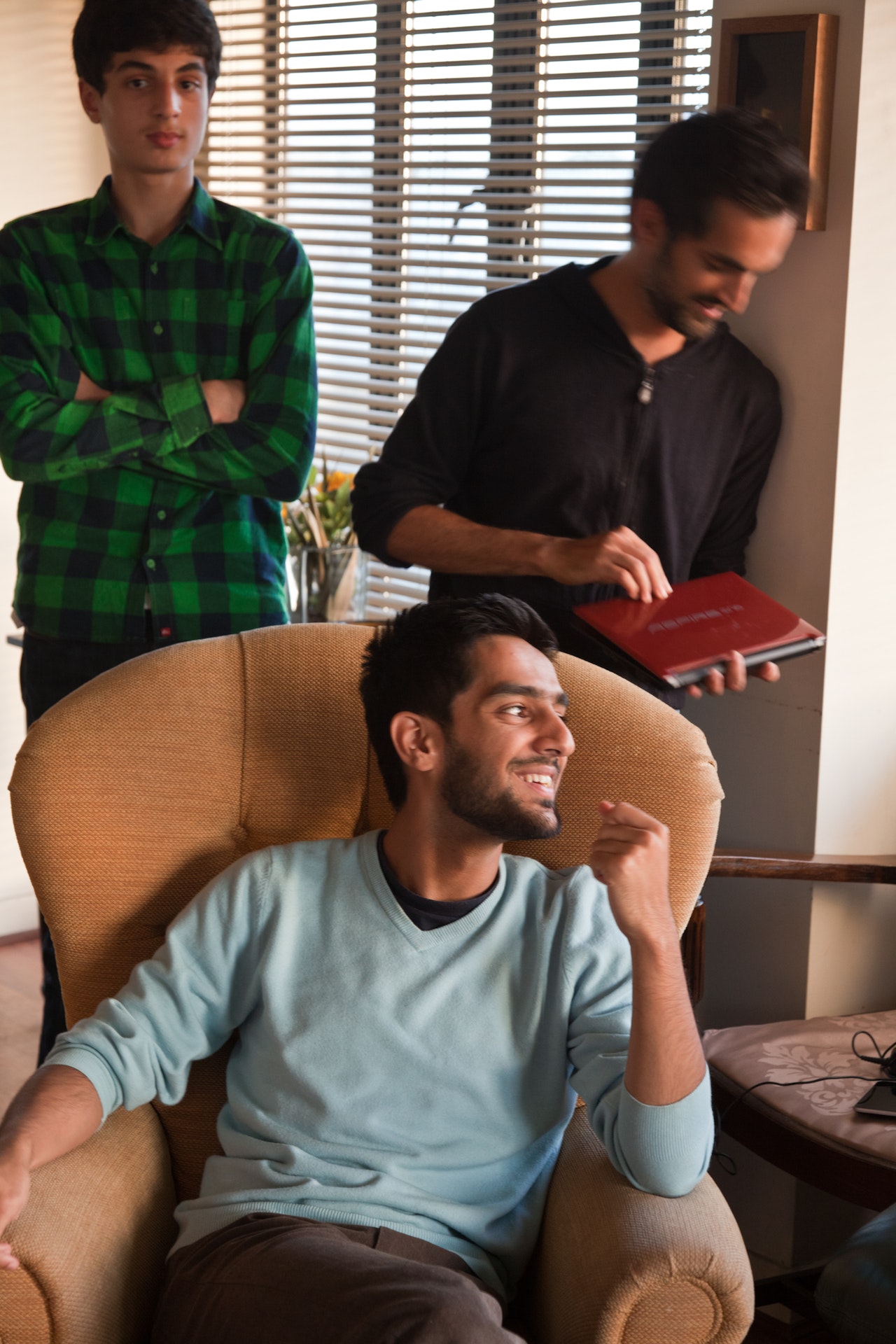 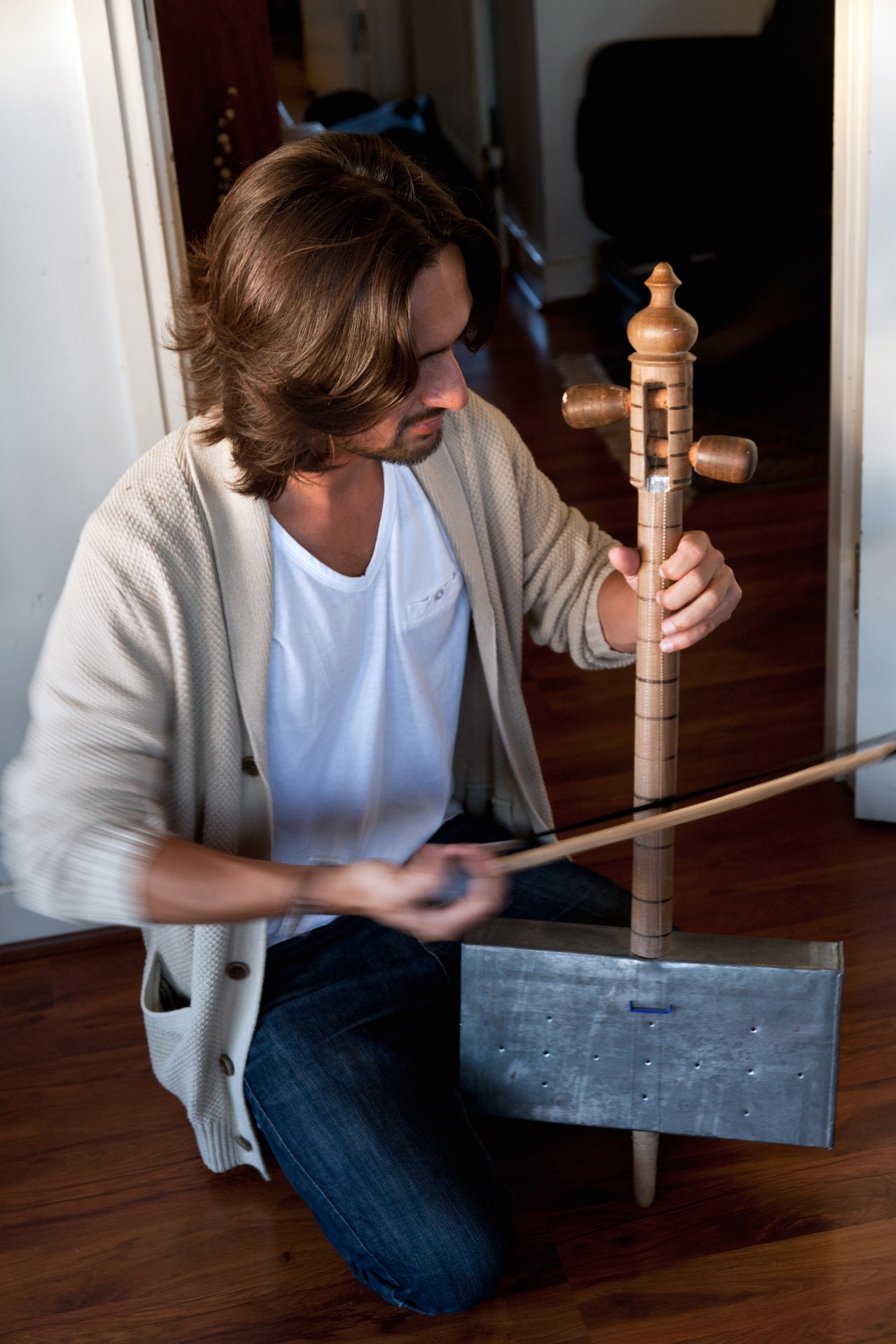 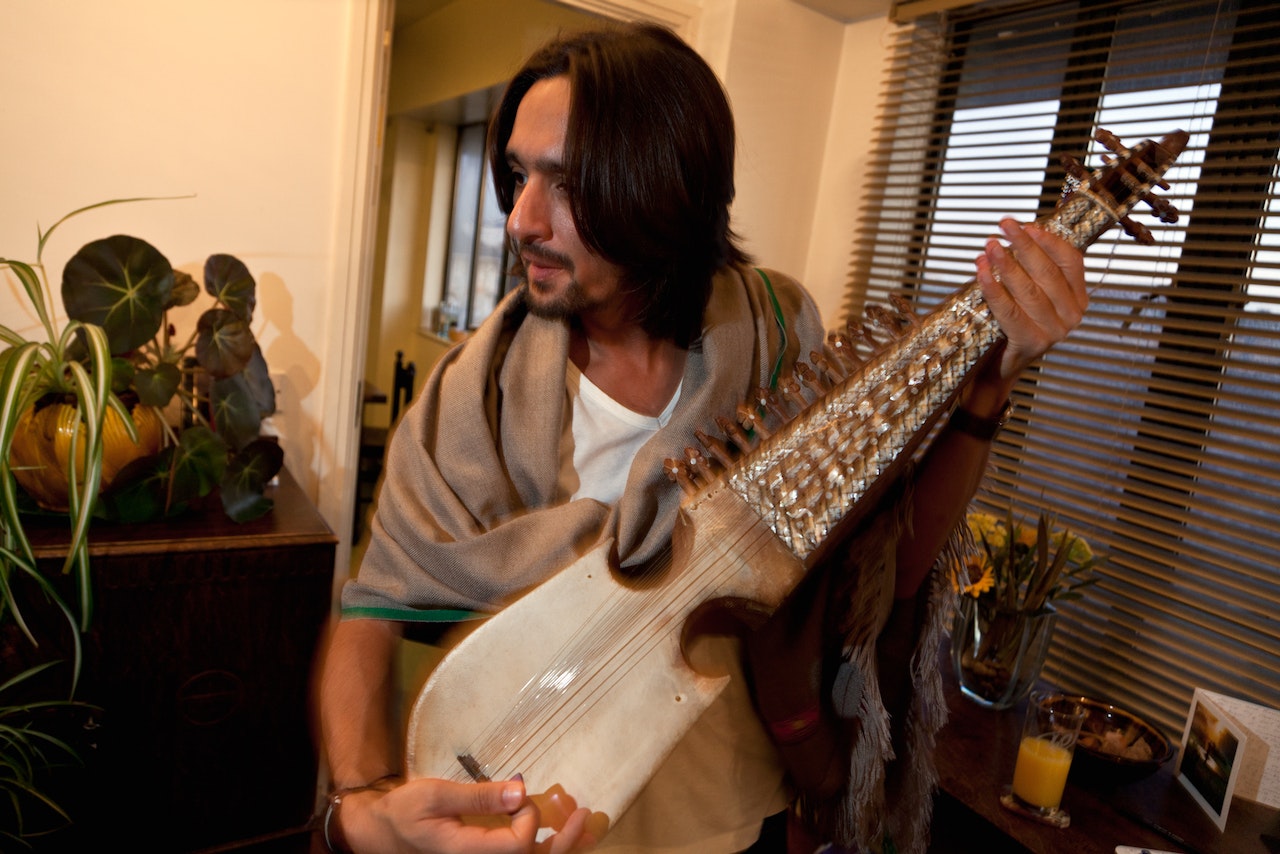 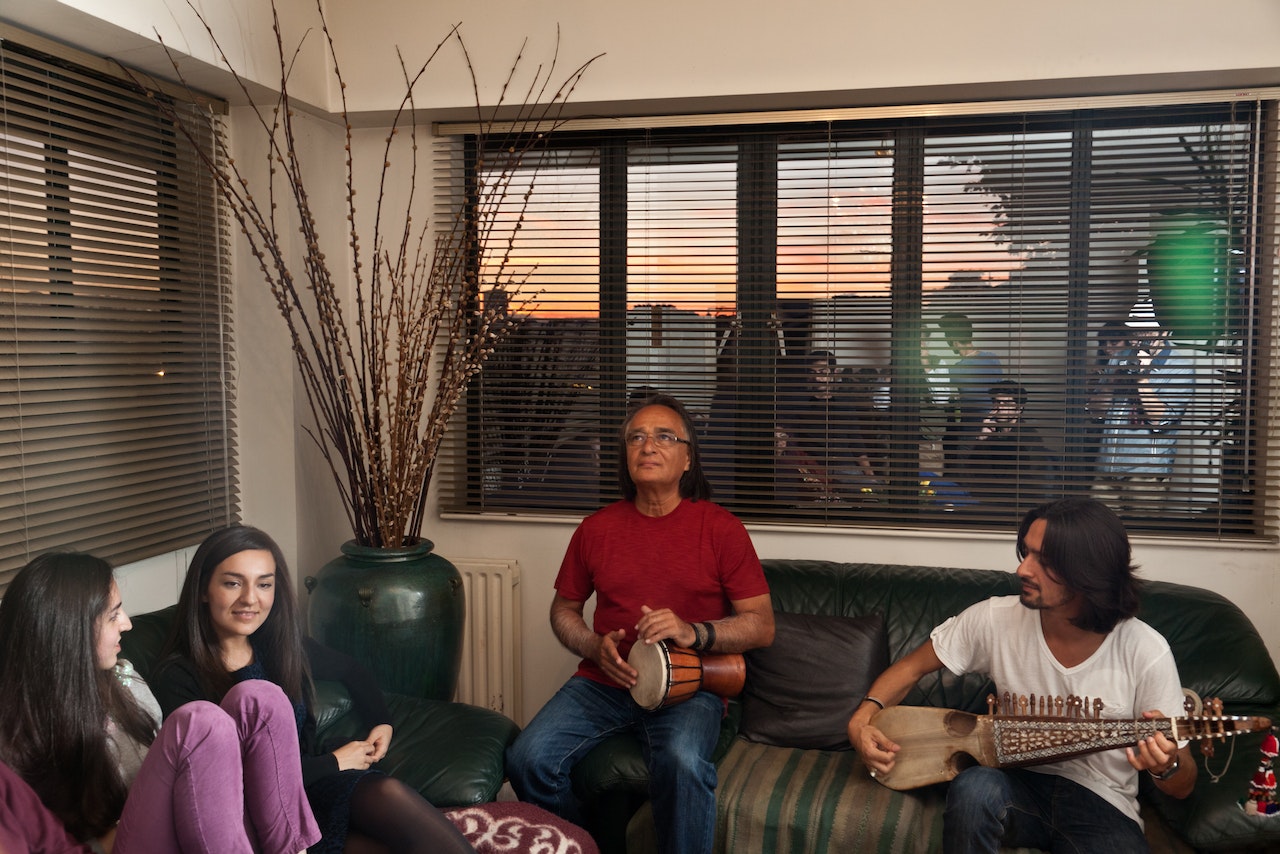 Haroon Yousofi with his wife Amina, sons Milad and Manni, nephews Abdullah, Owain and Hamza. His niece Homaira with her son Imaan and daughter Negeen, and family friend Liva.

Amina: We came to be in London because of political reasons. In the 90s, the situation in Afghanistan was very bad, so we escaped from the country and we came here.

First, they went to Moscow and secured a visa from the British Embassy. Because of Amina’s work for the UN in the past, it helped support their application.

Amina – despite being in England for a short period before – recalls her sense of alienation when they arrived in the UK as a family, 23 years ago. “We felt relieved, upset, and vulnerable,” she says. However, she admits it was easier for them to adapt because of their education and familiarity with the western way of life through radio and television. Back in Afghanistan, Amina’s husband Haroon was a director of national radio and television, as well as a teacher at a university in Kabul.

Amina: We left our background in Afghanistan and we felt as though we had lost it. We had good memories from there, and a lot of sentimental things. And, of course, we also left our friends and neighbours – who were not in a very good situation – and we worried about them a lot.

Haroon has only returned to Afghanistan twice since they left. Both he and Amina believe that it’s important to make their children aware of their background and where they’re from.

Manni: We’ve learnt a lot just from being around our parents. They would also try and instil the culture of Afghanistan in us, not so much because they saw them as strong values, but because that was what their parents taught them.

Milad: The whole concept of ‘where you’re from’ is increasingly changing, especially in such a multicultural city like London. It raises the question of ‘what is identity?’ There doesn’t have to be a straightforward answer; it’s more about where you find peace.

Amina: I personally feel as if Afghanistan is my home, because I grew up there. A couple of years ago when I returned from a holiday, it was the first time that I had said that I was ‘going home’. It was a very strange experience for me to realise that where my ‘home’ was had changed.

When we first left Afghanistan, we felt very sad. We questioned why all of this was happening. I feel sorry for the people of Afghanistan who are still suffering now, especially the Afghan women and children, who are in a very bad situation there.

Manni: If you asked, ‘are we upset about how things turned out?’ then yes we are. It’s the biggest evil in the world, what is happening to these poor people, and it really breaks our hearts. In terms of how things turned out for us, we were very fortunate. We are all together as a family, and we are safe here.