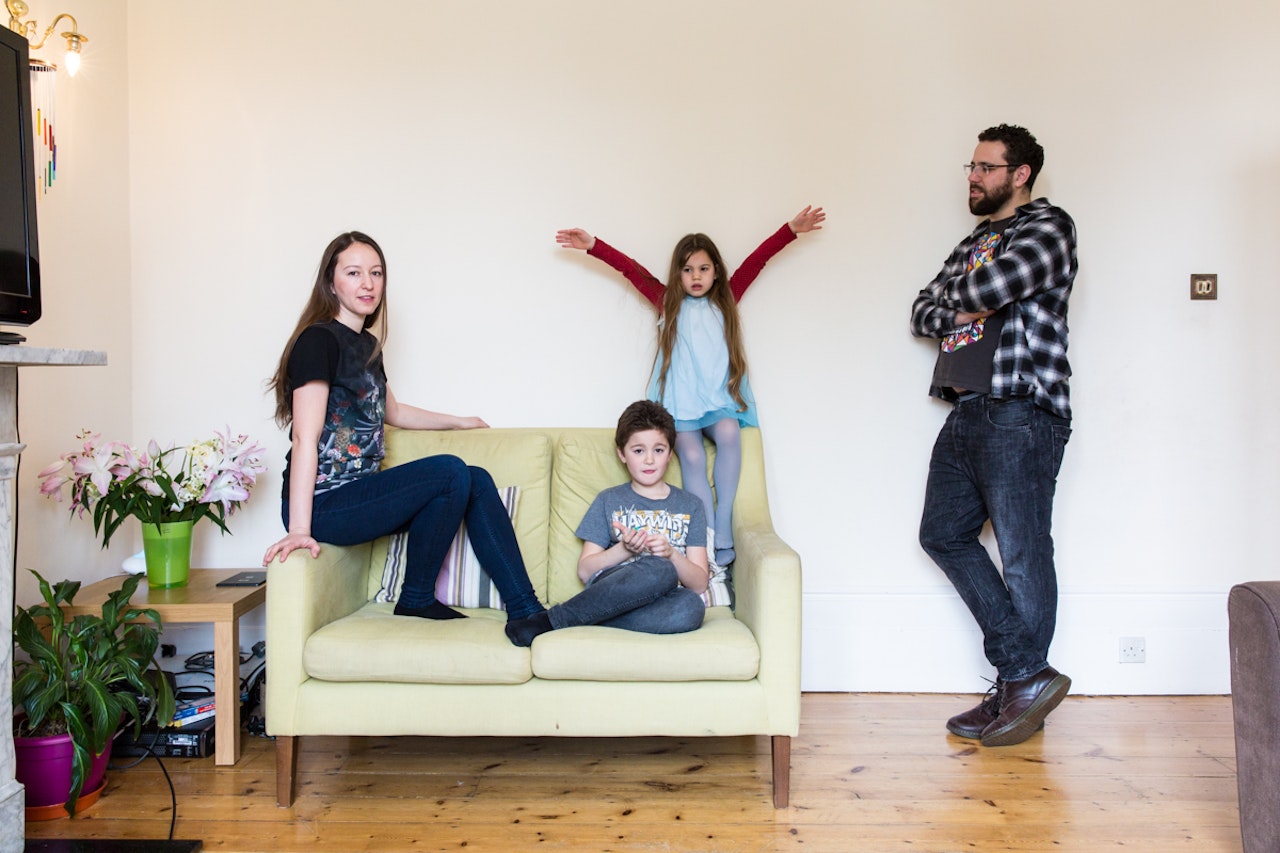 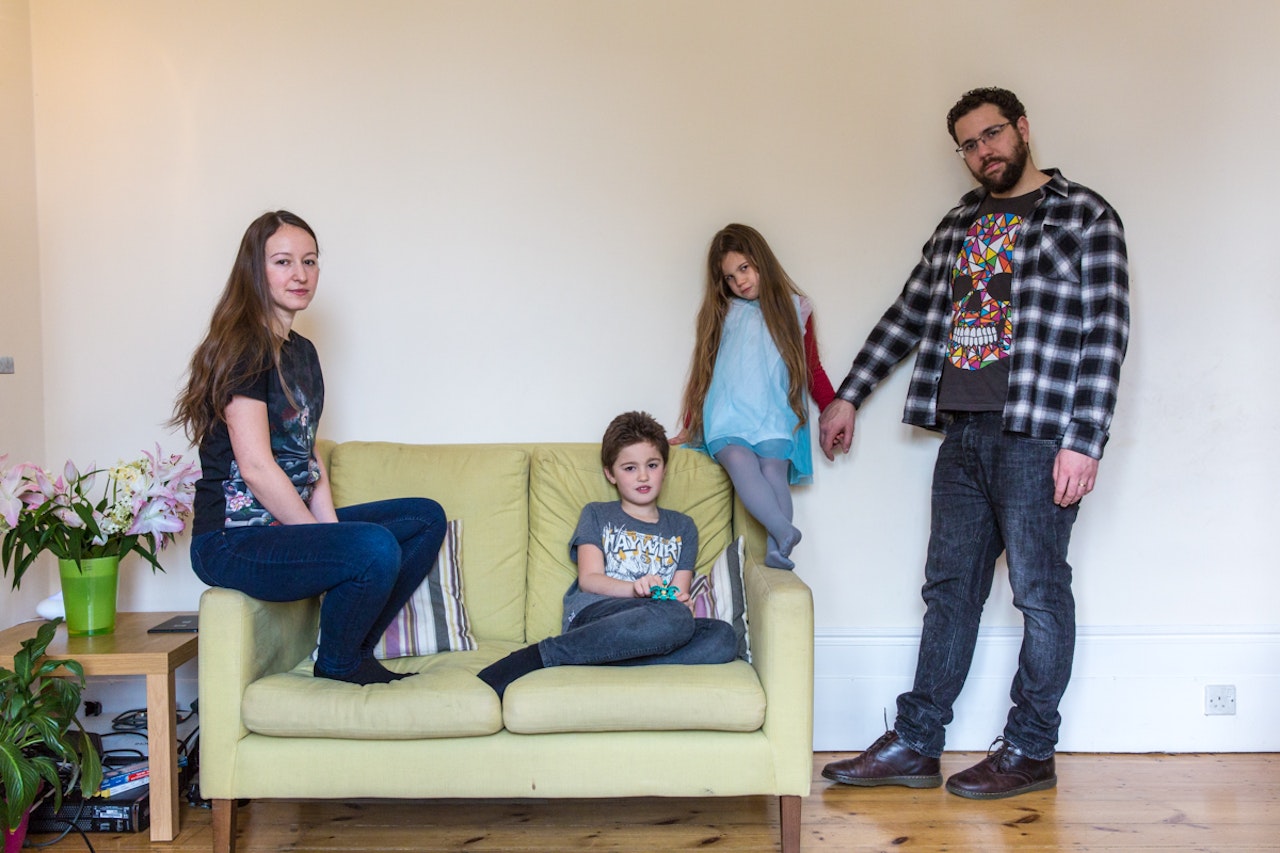 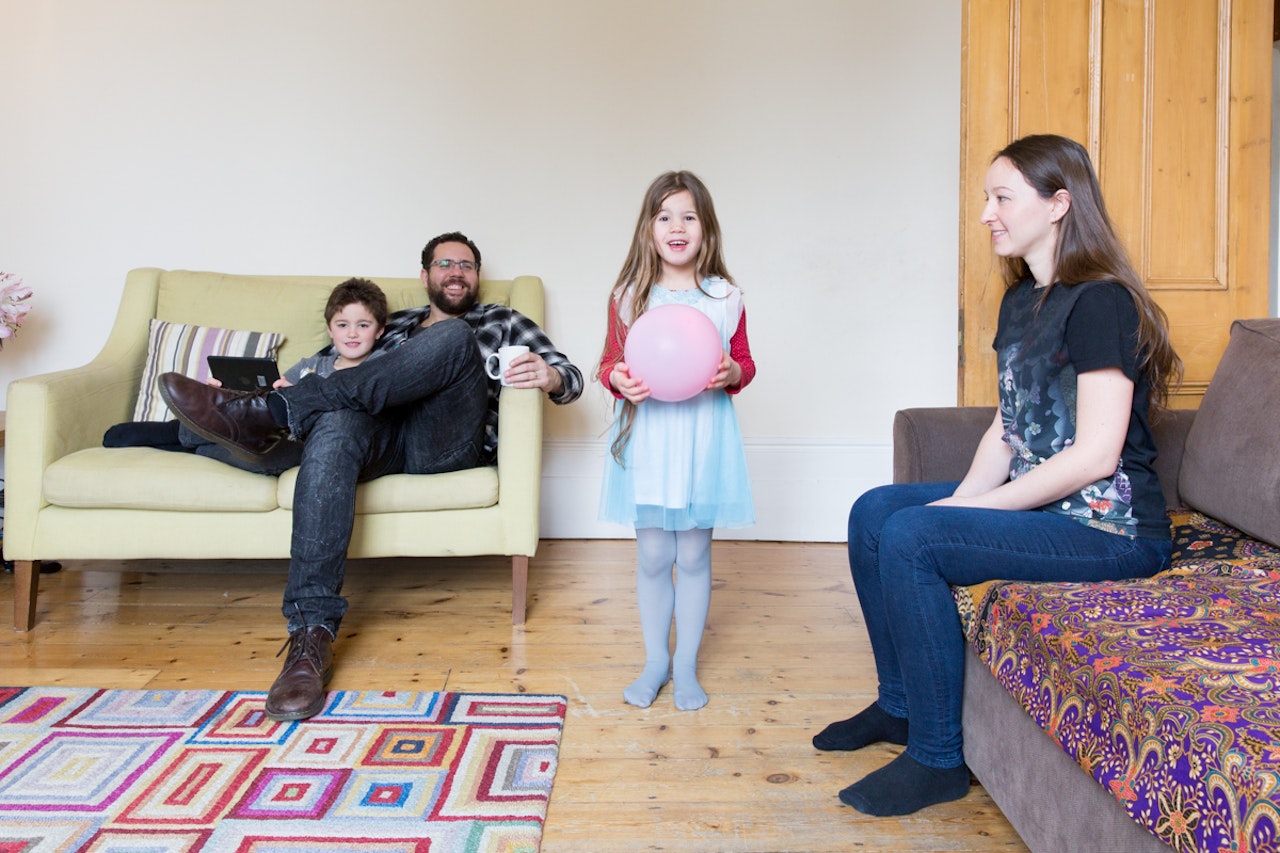 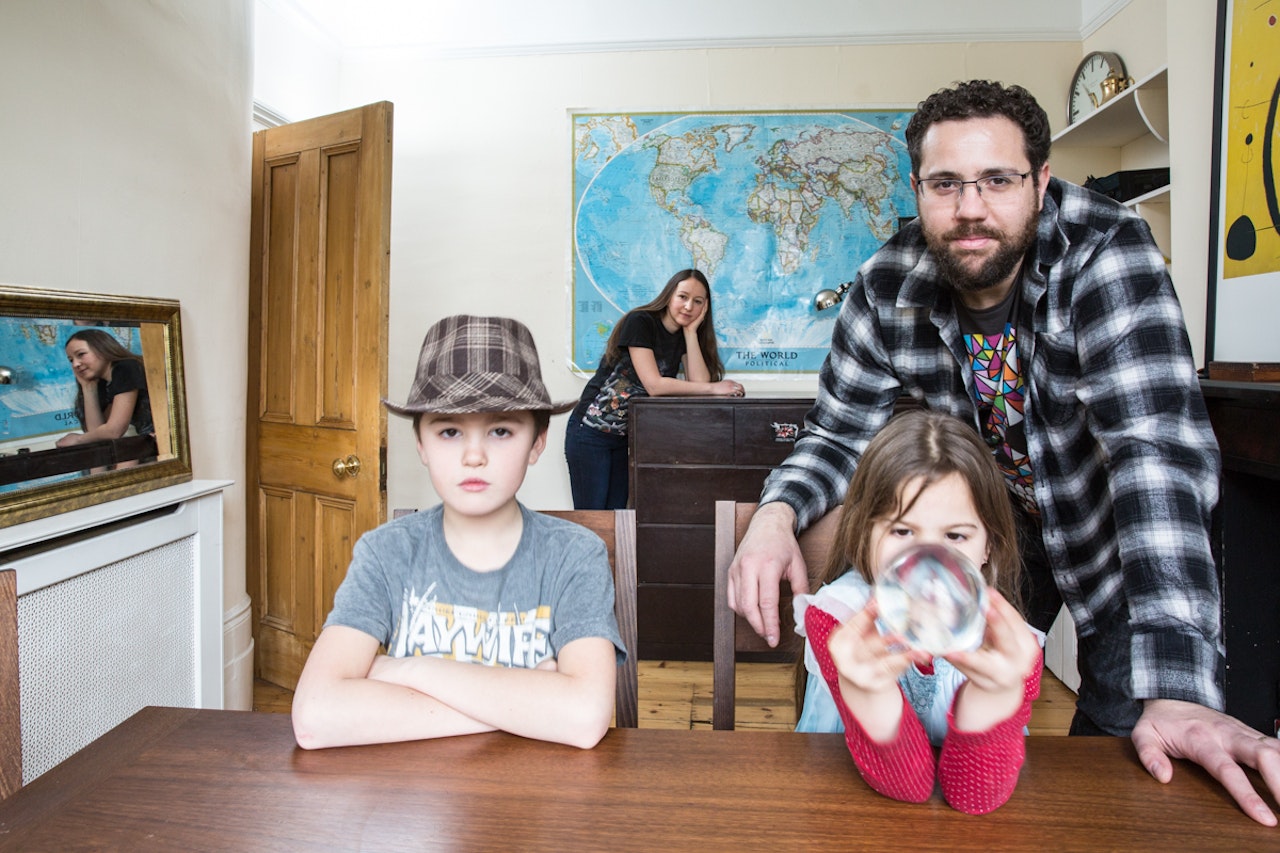 Mehdi Benchoula with his wife Liana Grossman and their two children Alex, 9, and Mia, 5.

“I think we belong to what we call the in-between culture,” says Mehdi Benchoula, a Parisian with Algerian heritage. With his wife Liana Grossman, who moved from Ukraine to Israel as a child before immigrating to England, the pair are associated with so many cultures that they no longer identify with any of them.

Liana: I had a lot of conflict about it for many years, but now I am just proud and happy that I am an international person. I’m all over the place. My husband is half Muslim and I’m Jewish plus Russian and Israeli. So I can’t identify myself with anything anymore.

Mehdi and Liana, who are both French and Spanish teachers, moved to England to study in 2002 and met three years later in a cultural studies lecture. When they first moved to London, neither had any intention of staying as long as they have.

“I just kind of went with the flow, you know? I wasn’t even planning to do a degree but I got bored and I just decided to do one and then I got ambitious and started working, then kids,” says Liana. “I didn’t expect to stay here so long.”

Although they have spent over a decade and a half in London, they still don’t consider England they’re home.

“For me England was always a place that people come and go all the time,” says Liana. “I don’t feel very patriotic here.”

But Mehdi says he would identify as a Londoner “more than a Parisian, for example”.

“We love London, we really do,” adds Liana, who describes their feeling towards the city as “love and hate”.

“With the weather and the food compared to France, we have a lot of complaints, but we still love it because we have the chance to go out and be spontaneous with new people continuously, which is great,” she says. “And I feel that we are so lucky to have so many friends from different countries. It’s great, really nice.”

Even so the couple are moving with their children, Alex and Mia, to live in Thailand for at least three years to continue discovering new cultures.

Liana: Because then we can travel. Mehdi always wanted to go to Japan, and I wanted to go to China. And with four kids it would be difficult, but from Thailand it is much easier.

Mehdi: We are happy to go and discover another country.

Liana: We are excited for it!

Mehdi: We want to experience something new.