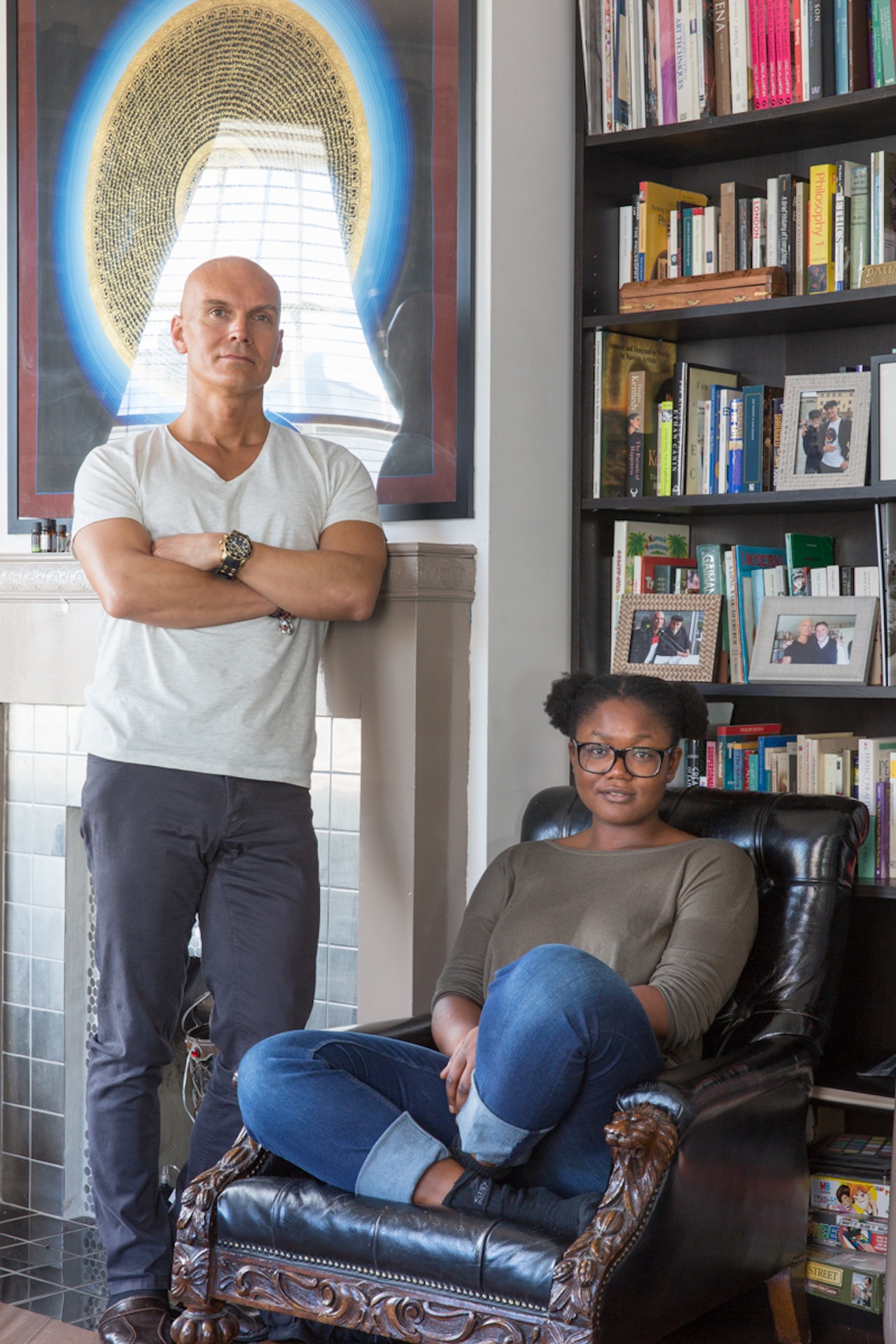 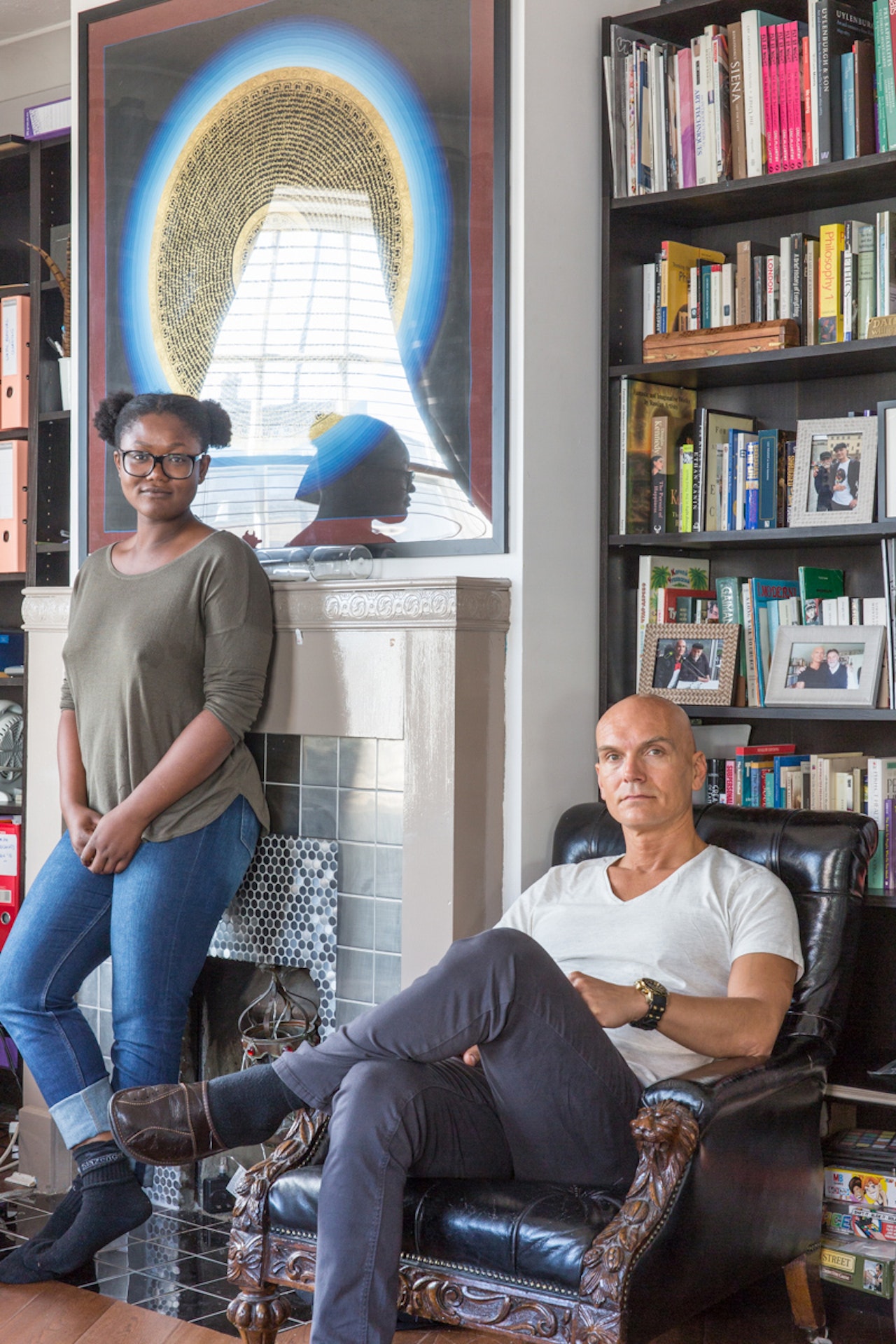 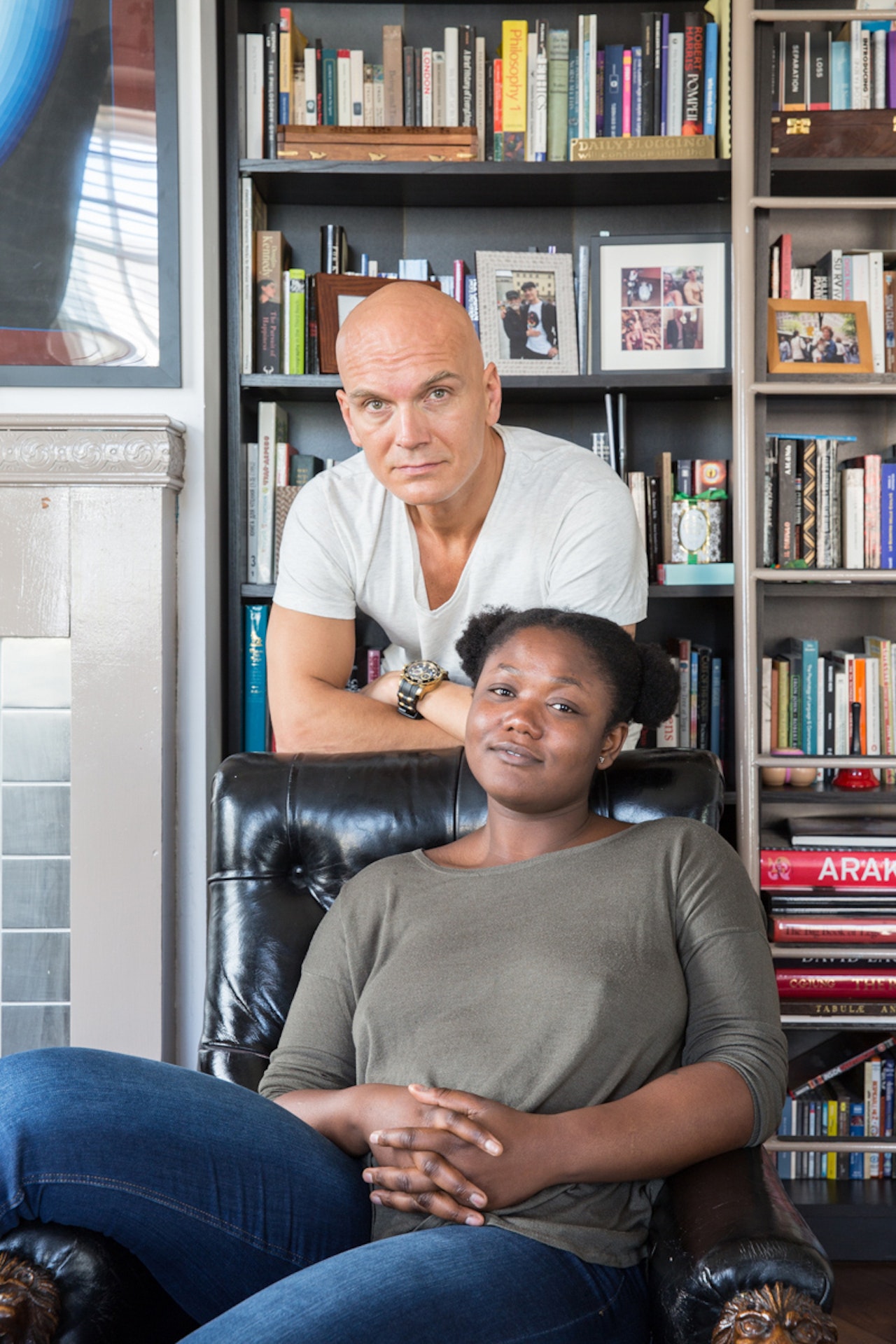 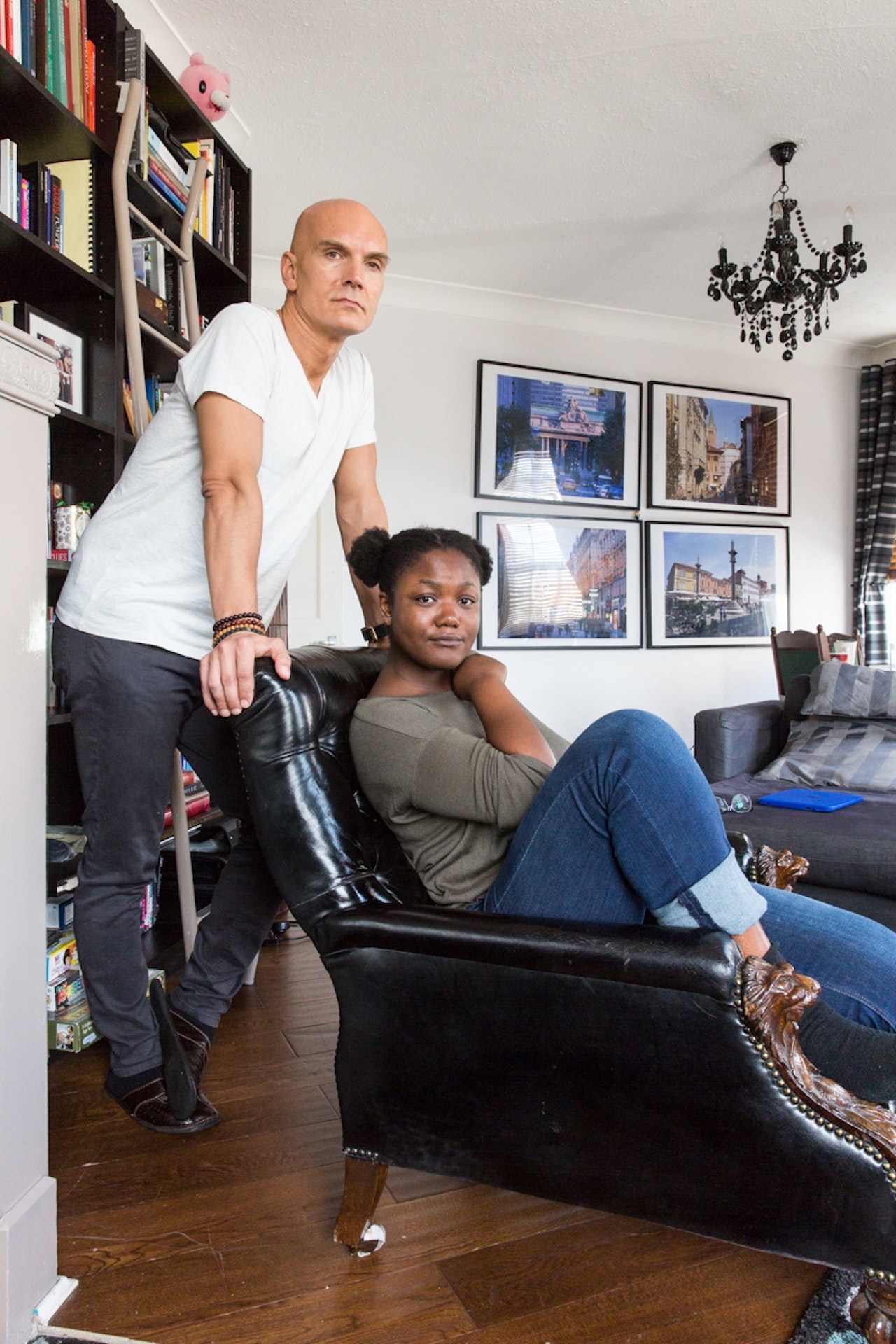 Ella Paradis moved to London almost four years ago after graduating from university in Belgium, where her father was living at the time. “I was studying law,” she says, “but then I decided that it wasn’t so fun after all, and after three years, I left.”

Her partner, Antonio Mori, moved to London from New York City. After completing his Master’s there, he began working as a business lawyer at a big American law firm. As the firm had an office in London, they asked him to come over for a couple of years, and then he ended up staying.

Currently, Antonio owns a small venue; formerly a pub, but now it has been converted into an alternative venue, which is managed by Ella.

Antonio: I had stopped practicing law in 2008, and then I took a few years off. I used to own a tiny house in Notting Hill, and my girlfriend (at the time) and I thought it was time to get a larger flat and move in together. She was an artist and was looking for a flat with a workshop or exhibition space attached; eventually we found a pub with a flat on top.

Antonio and Ella met at a party three years ago.

Ella: I was finding my way around London at the time. The venue idea just happened organically as our relationship developed.

Ella: Now, we have art students hiring the venue out to put on their exhibitions. On weekends, we have DJs and promoters in to hold dance events. We have a late license, so we can host parties till 6am.

In terms of future plans, Antonio and Ella hope to expand their business and become more established around the city. In addition, Ella is hoping to start her own adventure travel business. Antonio says, “My plan is to have more free time to pursue hobbies, travel more and explore.”

Although Antonio was born in Italy, he spent several years in Vienna and New York before moving to London. Now that he’s been based here for 16 years – “the longest I’ve ever been in one place,” he adds – London feels like home to him.

Ella: When I return to Belgium I feel like I’m going back home, but when I’m coming back here from Belgium, I also feel like I’m coming home. I haven’t been back to Benin or Togo since I left when I was 10/11, but I can imagine that would feel like going home, too.

In response to Brexit, Antonio says: “Personally, I try to remain positive about it. I want to think that we can stay in London, but only time will tell.”

Also from Belgium are the Van de Meersch & Juma Family. Other families from Italy are the Hrela Family, the Awad, Scarpa & Ibrahim Family, the Cardana & Villasenor Family and the Lebarch Family.