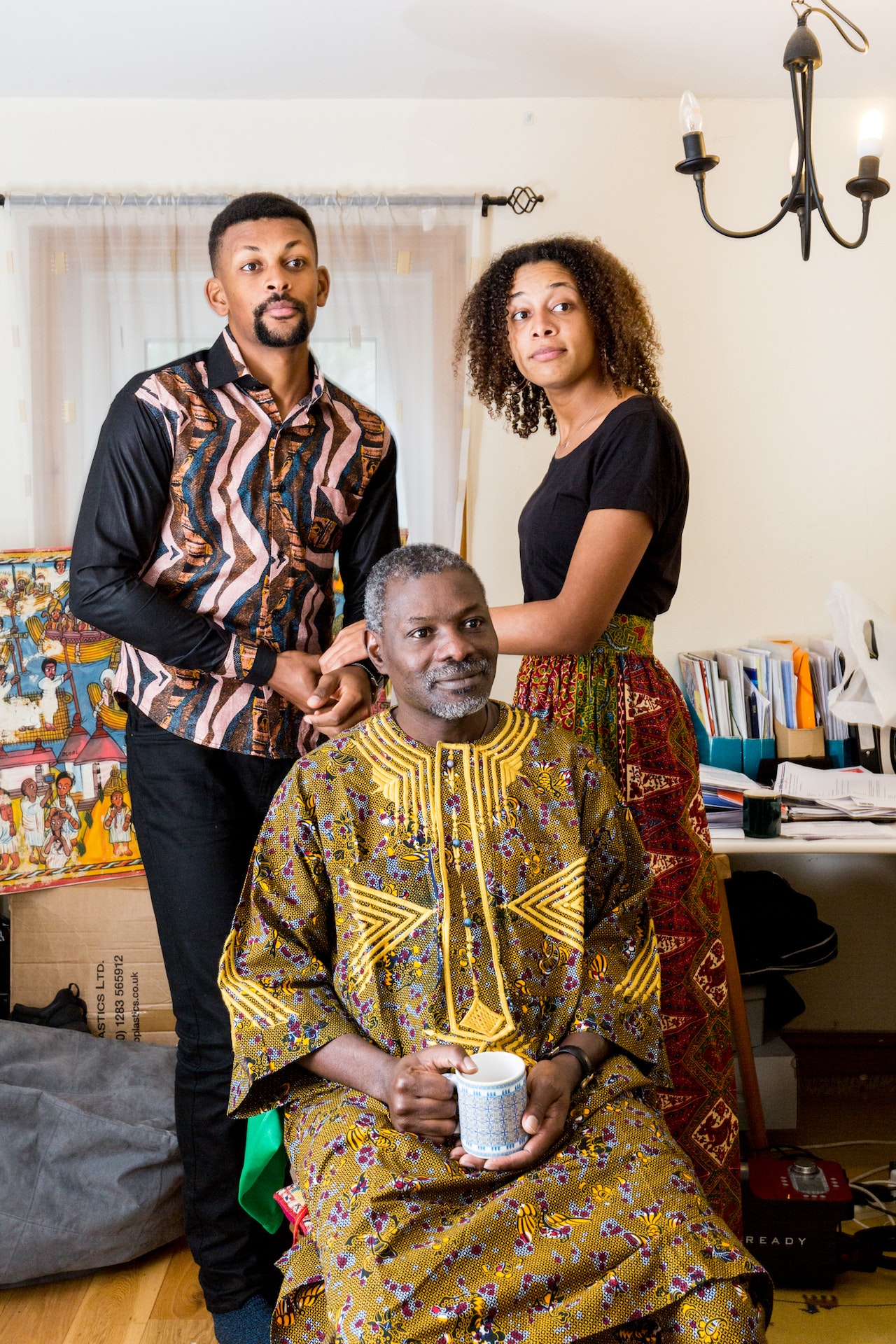 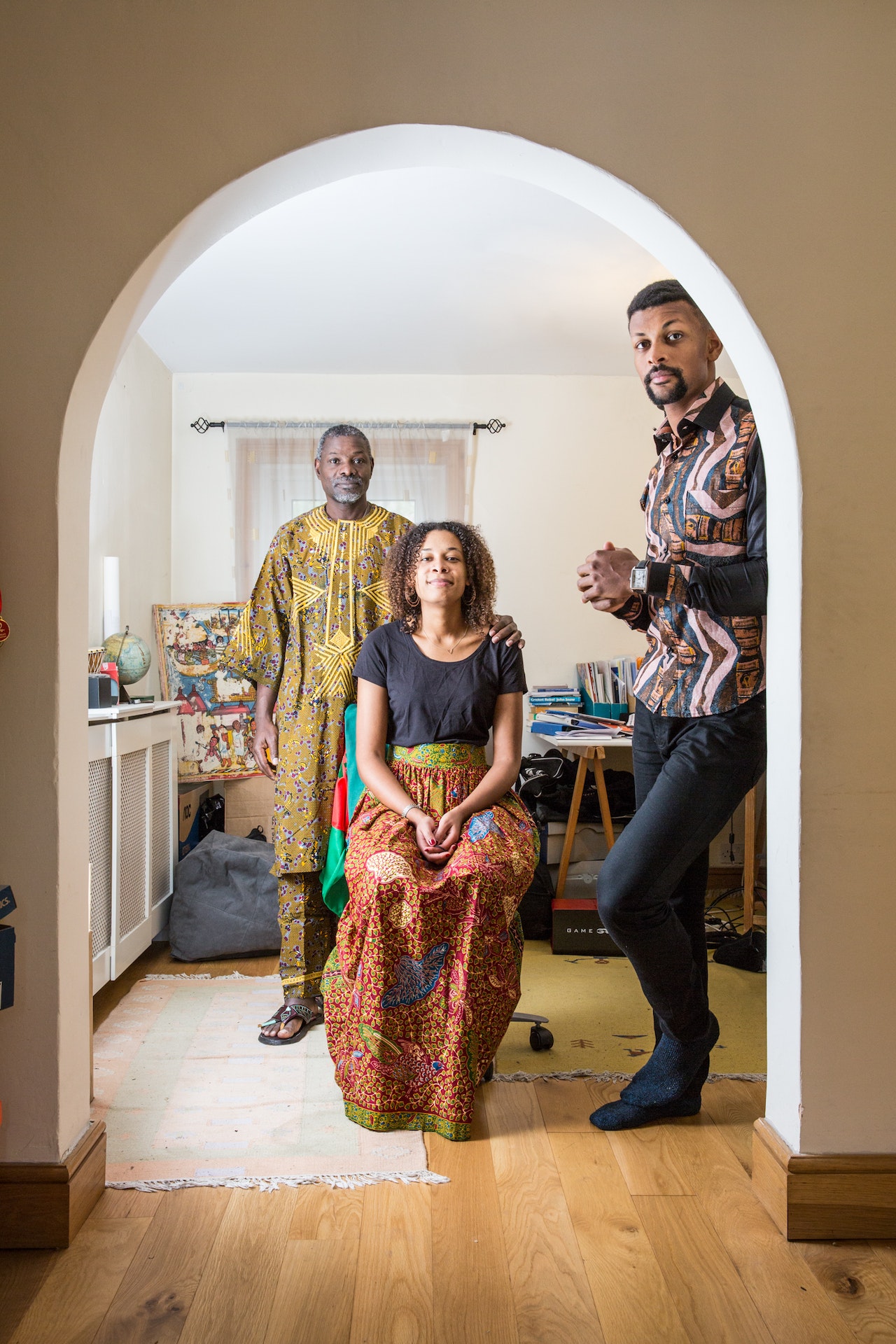 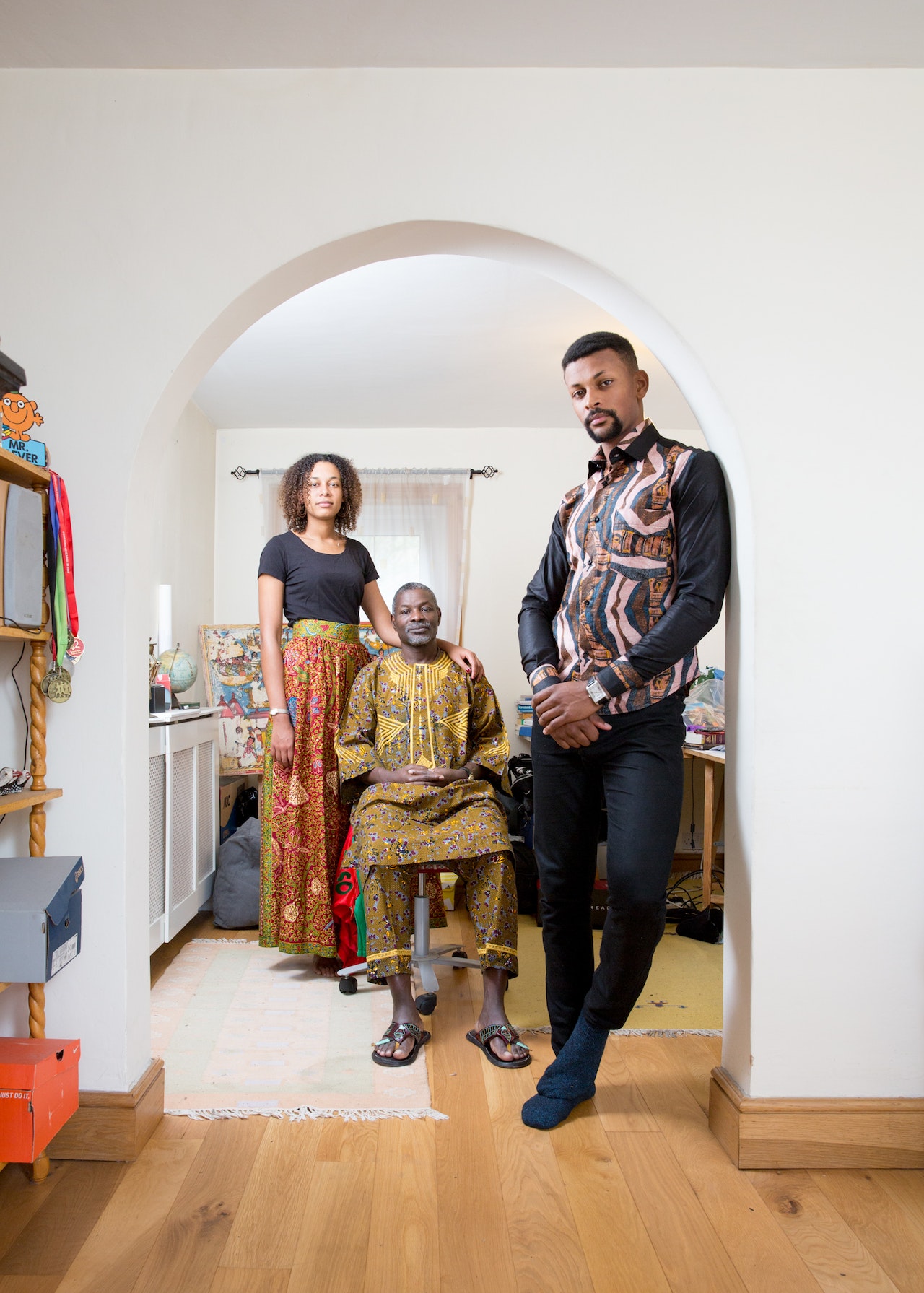 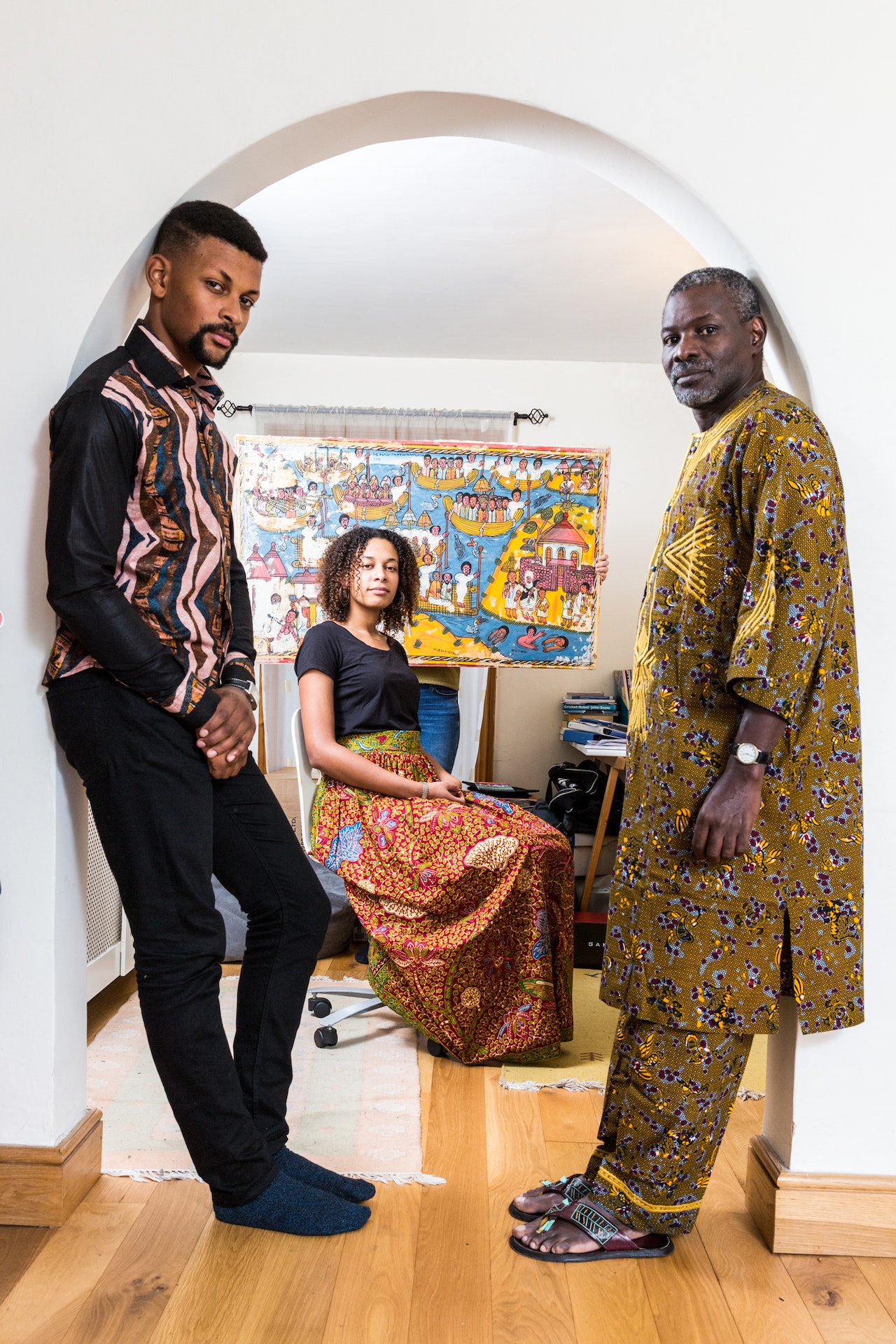 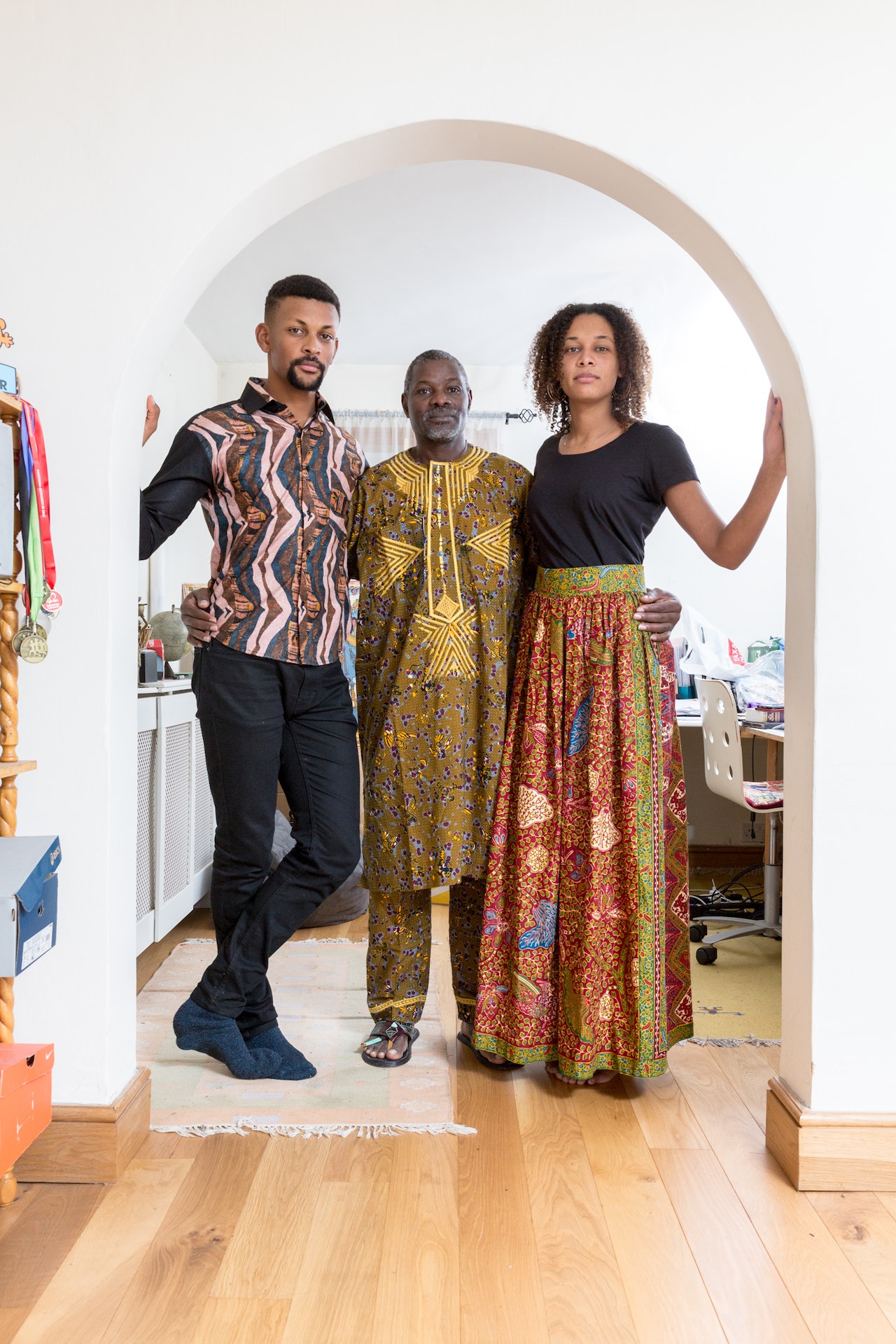 Naima Sakande with her brother Abidine, and their father Moctar Sakande from Burkina Faso.

Born and bred in Burkina Faso, Moctar Sakande moved to the UK with his family after taking a Master’s degree in Holland. Upon graduating, he landed a job with Kew Gardens and the family relocated to London so he could accept the position.

Two years ago, he switched jobs and now works for the UN Food and Agriculture Organization. Currently, he lives in Italy and spends his time between London and Rome.

Moctar’s daughter Naima was also born in Burkina Faso. She took her A-levels in Costa Rica and then went to university in the USA. Now, she works for a women’s justice appeal charity.

Abidine has stayed in the UK ever since the family moved there in 2000, and now plays cricket for Sussex.

“For me, home is still Burkina Faso,” says Moctar. “Although I’ve been out of the country for twenty years, my mother and siblings are still there.”

Abidine: I always tell people I’m from the UK because I’ve spent the majority of my life here. I still have recollections of living in Holland and Burkina when I was young, but they weren’t where I grew up. I still feel it’s been a massive part of my upbringing because every time we went back for a long period of time, it never felt like we were on a holiday in the traditional sense, it just felt like we were part of a different family.

Naima: I remember a lot more of Burkina than Abi does and my French is quite a bit better than his. I’ve struggled a lot with my sense of self and with who I am. I started a podcast last year called ‘third culture’, which is about balancing mixed identities.

I felt I didn’t feel like I fit in in the UK for a while because we hadn’t grown up here. I still remember that when we got running water in our house in Burkina it was such a big and exciting event, but it was difficult explaining to our friends here because it made no sense to them.

Naima says that although she’s held onto French, she can’t remember two of the local languages, “which is a shame because those are the languages I used to speak to my grandma in.”

Naima: I’ve always felt different on both sides of the family and I think I’ve struggled with that quite a lot. Now I’m more comfortable with it and I’m proud of being British and from Burkina.

But despite her connection with Burkina, Naima says she doesn’t think she will return there to live because of the lack of opportunities there.

Moctar: It’s still in the pipeline for me. I really think I can be more useful going back to Burkina, but currently with my job it’s really difficult to initiate it.