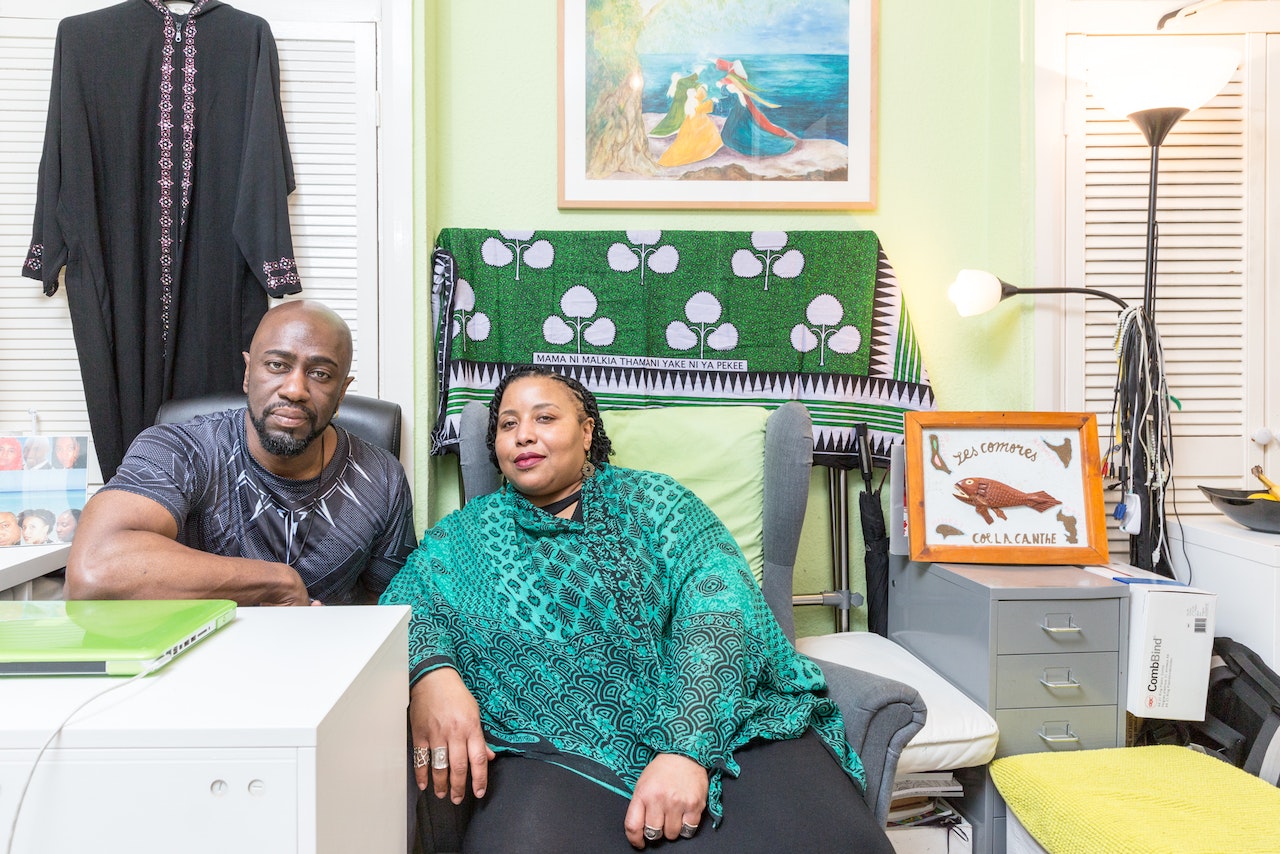 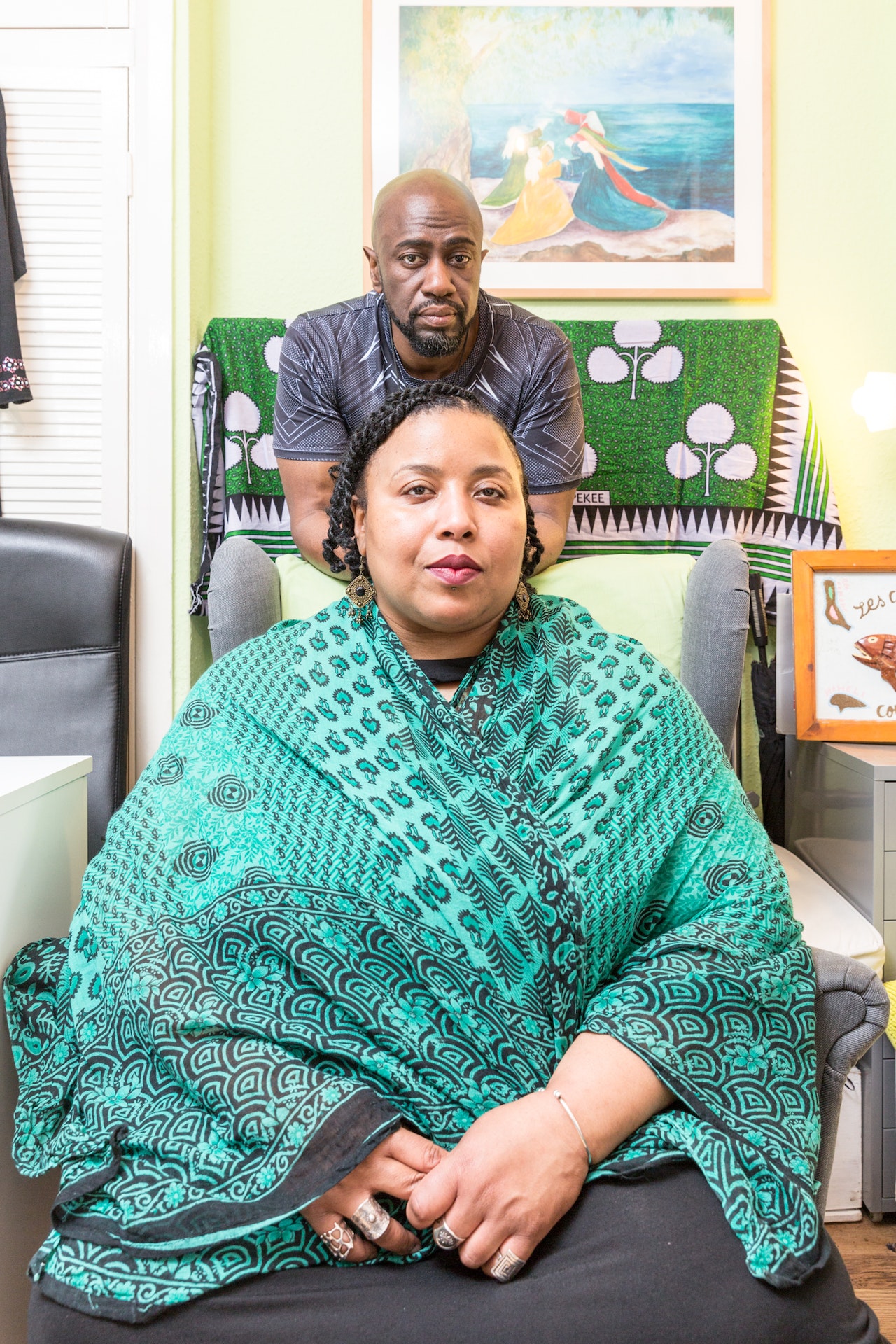 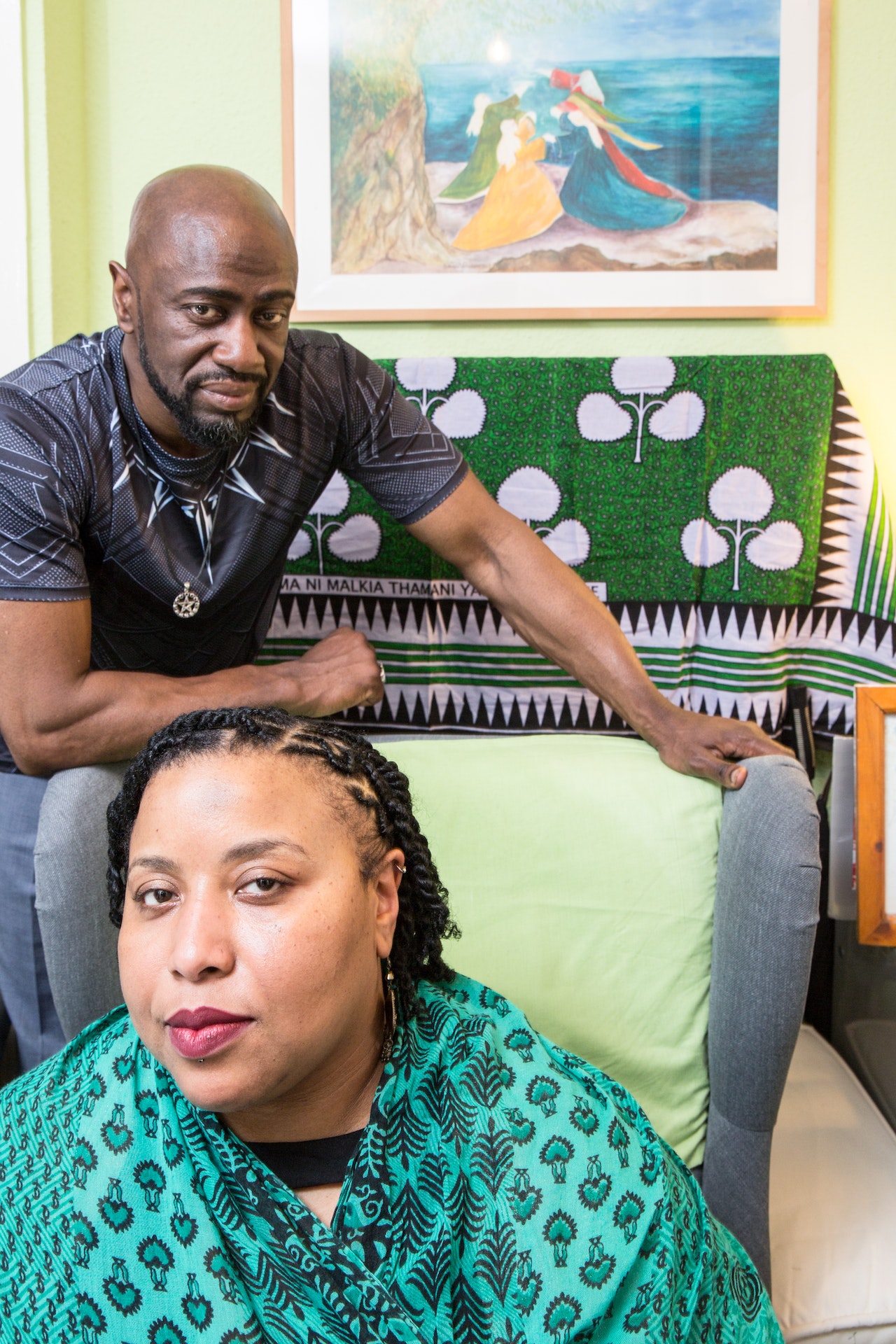 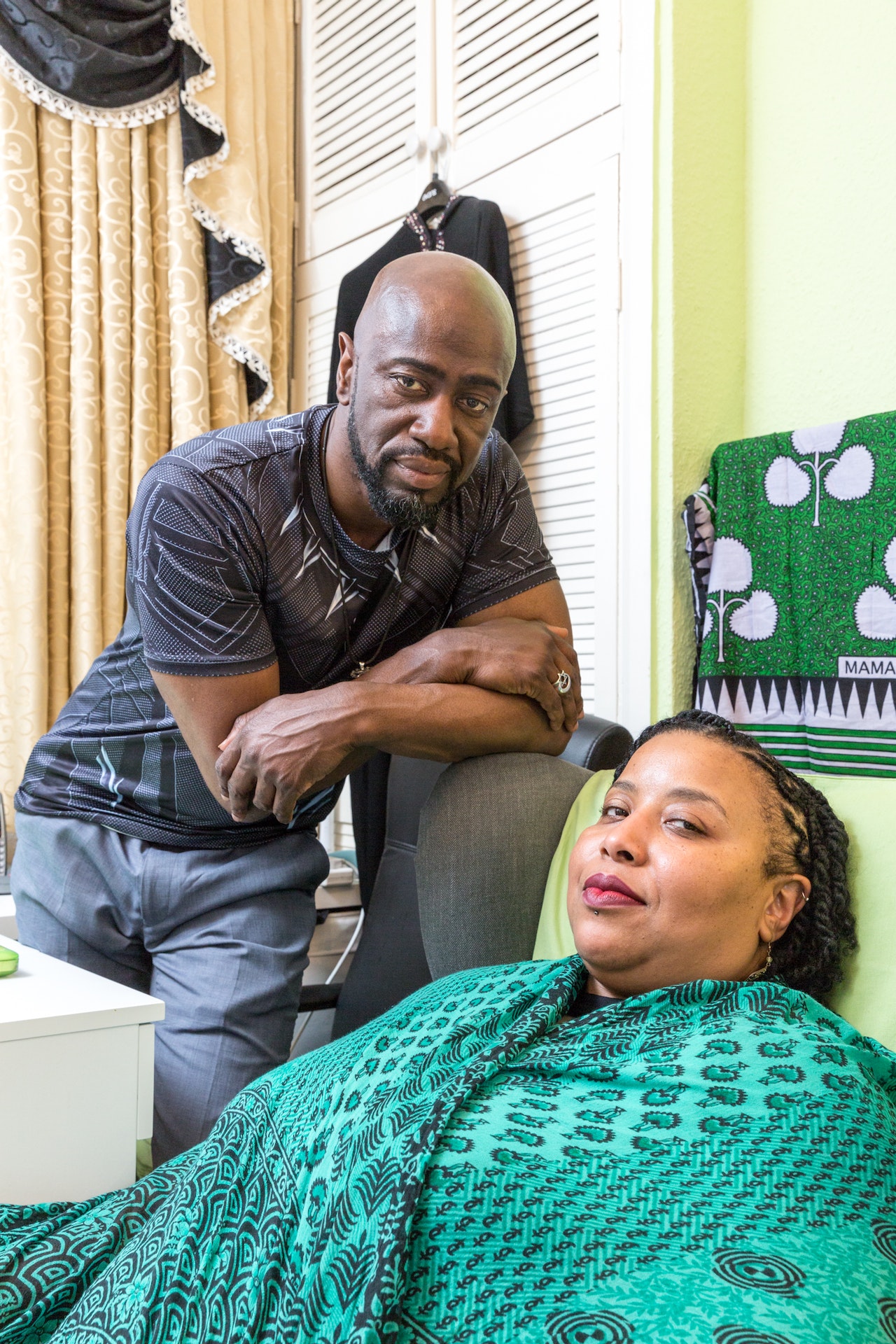 From Comoros, Machehi Ahamada and partner Qiydaar Lindsay, who is British born of Jamaican parents.

Qiydaar: I met Machehi, or Machehi met me, twenty years ago whilst she was en route to Paris. I was working part-time on the market stalls in London and Machehi passed by wanting to buy some body oils, so we spoke and exchanged numbers, and from that point onwards we’ve been together.”

Born in France to parents from the Comoro Islands, Machehi Ahamada first came to the UK in 1995 to study and work.

Machehi: When I finished high school, it was difficult to go back into the system as I was travelling around Europe and going back and forth. I think I like the system better for studying and working in the UK. In France, the system is a bit too rigid.

After studying psychology and languages, Machehi worked for a few years and is now back to studying.

Machehi: I tried to stay in Paris, but after a while I missed it here; I missed the way of life.

With many of her family still in Comoros, she misses it there too, sometimes. The last trip Machehi took to Comoros was two years ago, and while she would like to visit soon, travel is not cheap. “I need to save for two years before I can go back,” she says.

Machehi is not completely cut off from her family, though, as she has one cousin in London, as well as a cousin in Luton. In fact, she has family spread all throughout Europe including France, Sweden and Barcelona.

Qiydaar was born in London from Jamaican parentage. “I’m one of the first children of the Windrush generation in the early 60s,” he says, referring to those who emigrated from the Caribbean to the UK during 1948 and 1971.

While he still works the market stalls on the weekends, Qiydaar works for immigration in the detention centres in Heathrow, but says his passion is martial arts and body training.

In response to the deportation threats made to the children of Commonwealth citizens – who, despite living and working in the UK for most of their lives, have been told they are living in the UK illegally due to a lack of official paperwork – Qiydaar says: “I don’t exactly know how it’s going to affect people. Back then, people didn’t need to sign certain papers but now, if you don’t have these documents, you might lose your right to remain in the UK.”

Qiydaar: My parents have been here for 50 odd years. I was brought up and raised in England, so the new laws shouldn’t affect me, but there are people who came as children or adults, and created an entire life here – had kids, grandchildren, great grandchildren, etc. They worked, saved, retired – and now they’re trying to debunk the law. It just shows how fickle society is. Today you’re okay; tomorrow they just change the law on a whim and all of a sudden, you’re hunted.