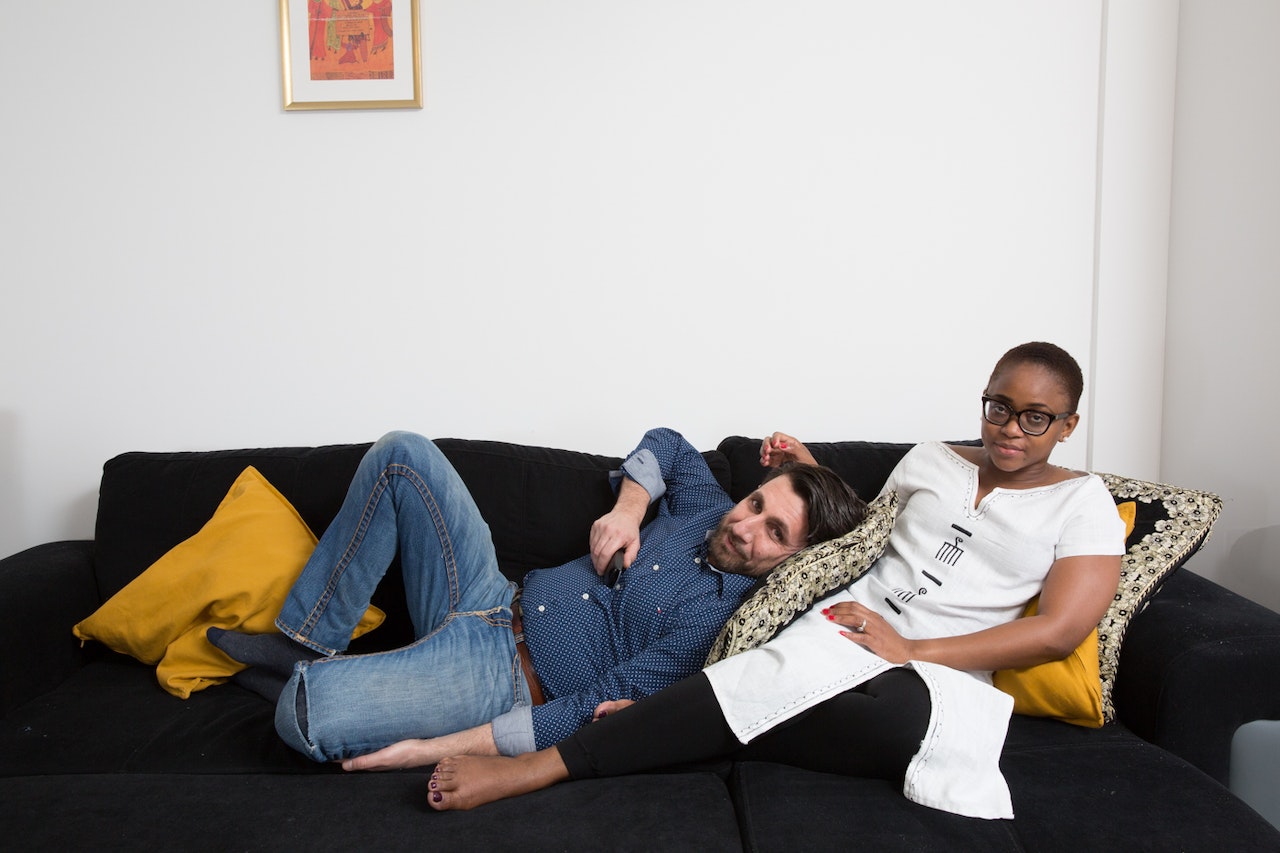 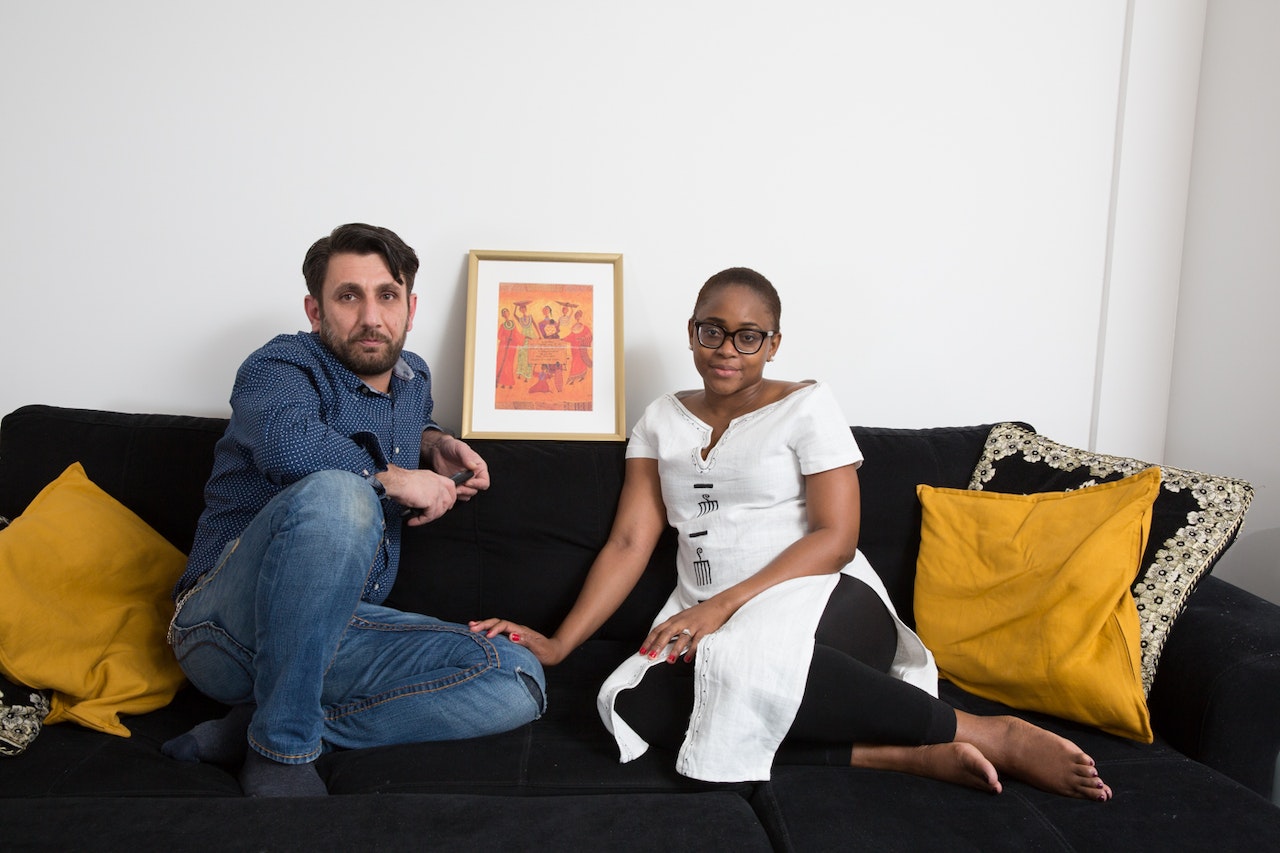 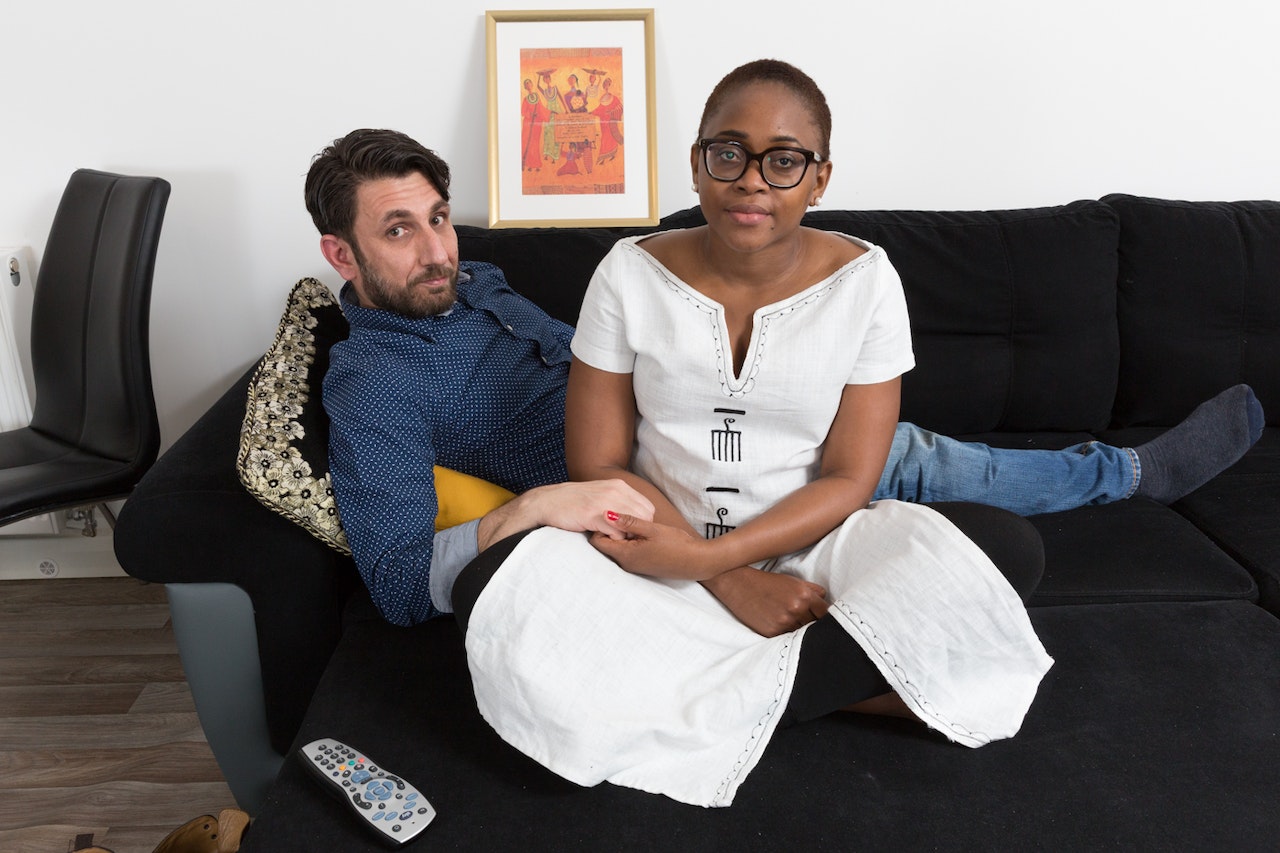 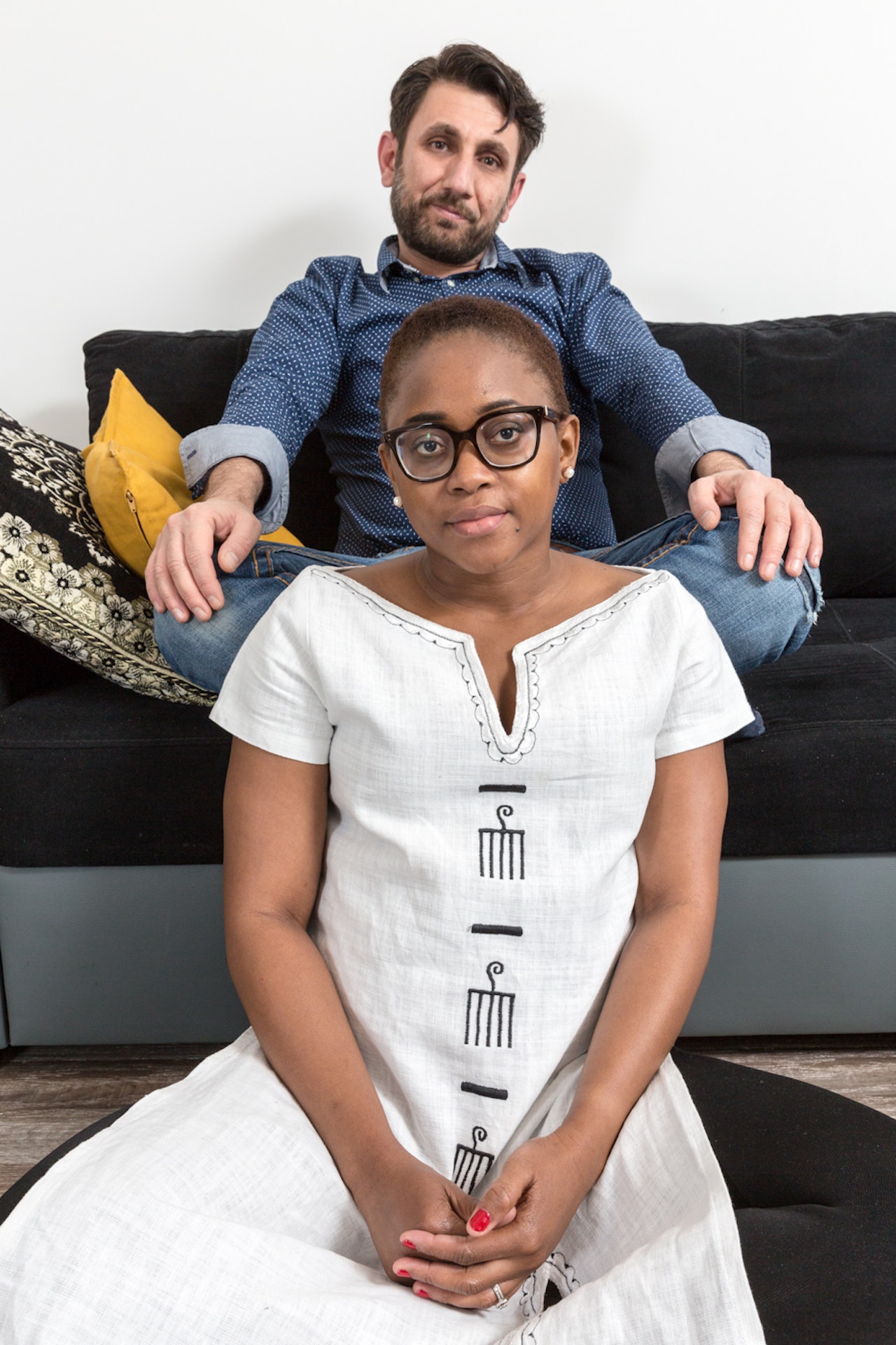 Fatima Kissi Traore from Guinea and her fiancé Ary Jameel from Syria.

“Ary was my tailor. Whenever I had alterations to do or traditional clothes I had to have, Ary was the tailor I went to,” says Fatima Kissi Traore about how she first met her fiancé. We started talking about geopolitics in the Middle East and then one day, I said ‘Can I touch your hair?’. He wore a lot of gel and I told him he shouldn’t wear so much and that he should just leave it like it is. The next time I saw him, he said, ‘Because of you, I’m not wearing any more gel’.”

At the time, Fatima lived in the same area that Ary has his shop in. Working nearby for Croydon Council, she would pass his shop every Tuesday. “I would take clothes in to be altered and then pick them up the following Tuesday. I spent two years doing that!”

Fatima: I first came to London in 2012 as an asylum seeker. Having been trafficked with other young people into the UK, I claimed asylum and was placed in foster care.

I was around 14 years old back then and remained in foster care until I was 18. Once you leave, you live with other asylum seekers and have someone coming in to check on you and see how things are going.

Fatima says their route to the UK started in Guinea to Senegal, and then they travelled all the way up Africa before taking a flight to London.

Fatima: When I came here I didn’t speak a word of English. We went to a college in Croydon where they teach asylum seekers English. I became very friendly with my English teacher, who had spent a lot of time in France. I spent Christmas with her and she became part of my family.

Fatima is now studying Business Management for fashion. Before working full-time for Croydon Council, she was an independent member of their fostering panel. “I was the one bringing the voice of fostered children to the panel,” she says. “I had an offer to join the team of social workers as support coordinator and worked there for six months. When I met Ary we started talking about having our own brand; I would organise the business side of things and he would be the creative one.”

Ary Jameel is of Iraqi origin and left in 2000 because of the war. “I went to medical school back home, but I couldn’t finish it there. After leaving Iraq, I lived in Greece for seven years and then came to the UK.”

Owning a Greek passport at the time, he had no problems on arrival. At first, he lived in Leeds and worked in a milk factory – a job he didn’t enjoy that much. Then one day, he received a call from a friend, who told him there were a lot of tailoring opportunities in London, so he began searching for work there.

Ary comes from a family of tailors and has been in the business since he was just five years old. “I just watched how my parents would do things and I would pick it up – it’s in my blood.”

Now Ary has been in London since 2009 and manages his own business here. Since he is now engaged to Fatima, he hopes one day they will be able to travel the world together.