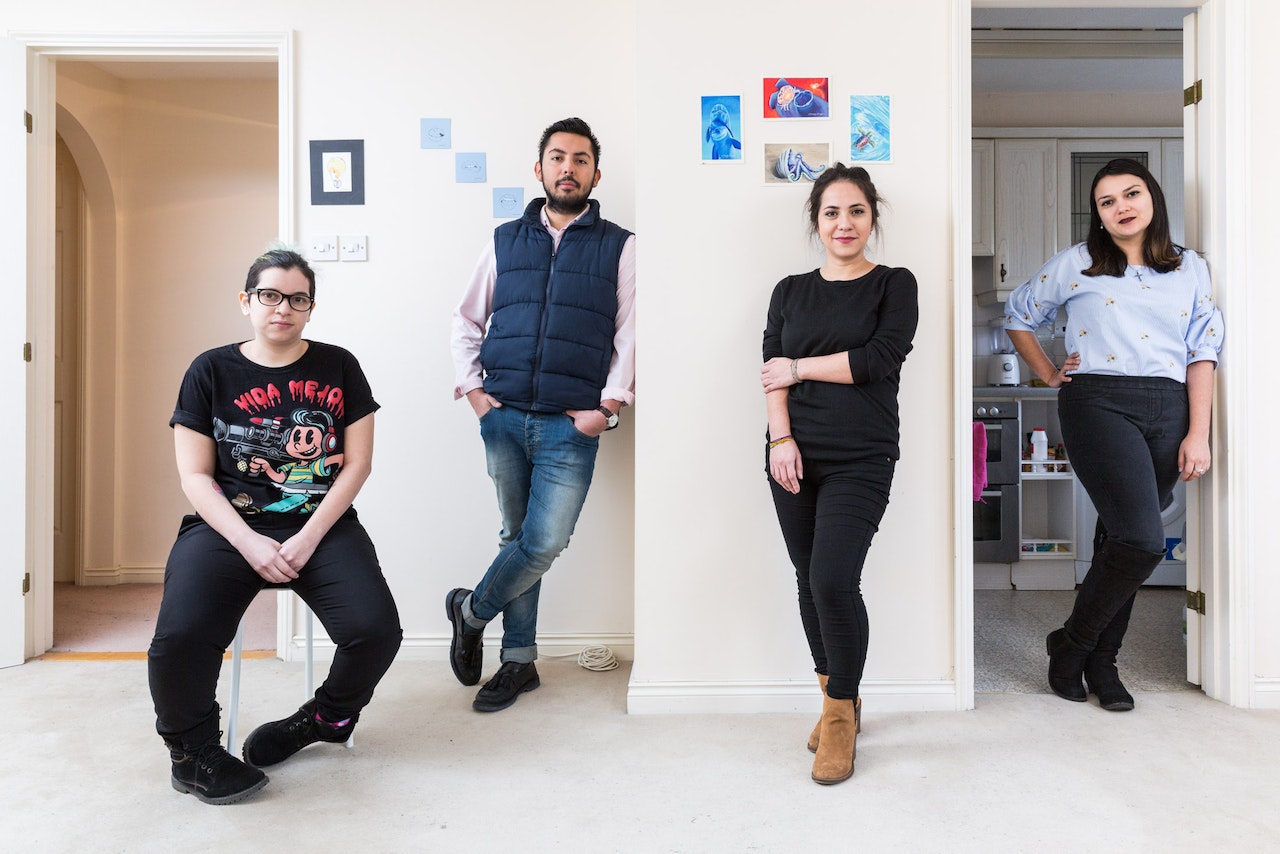 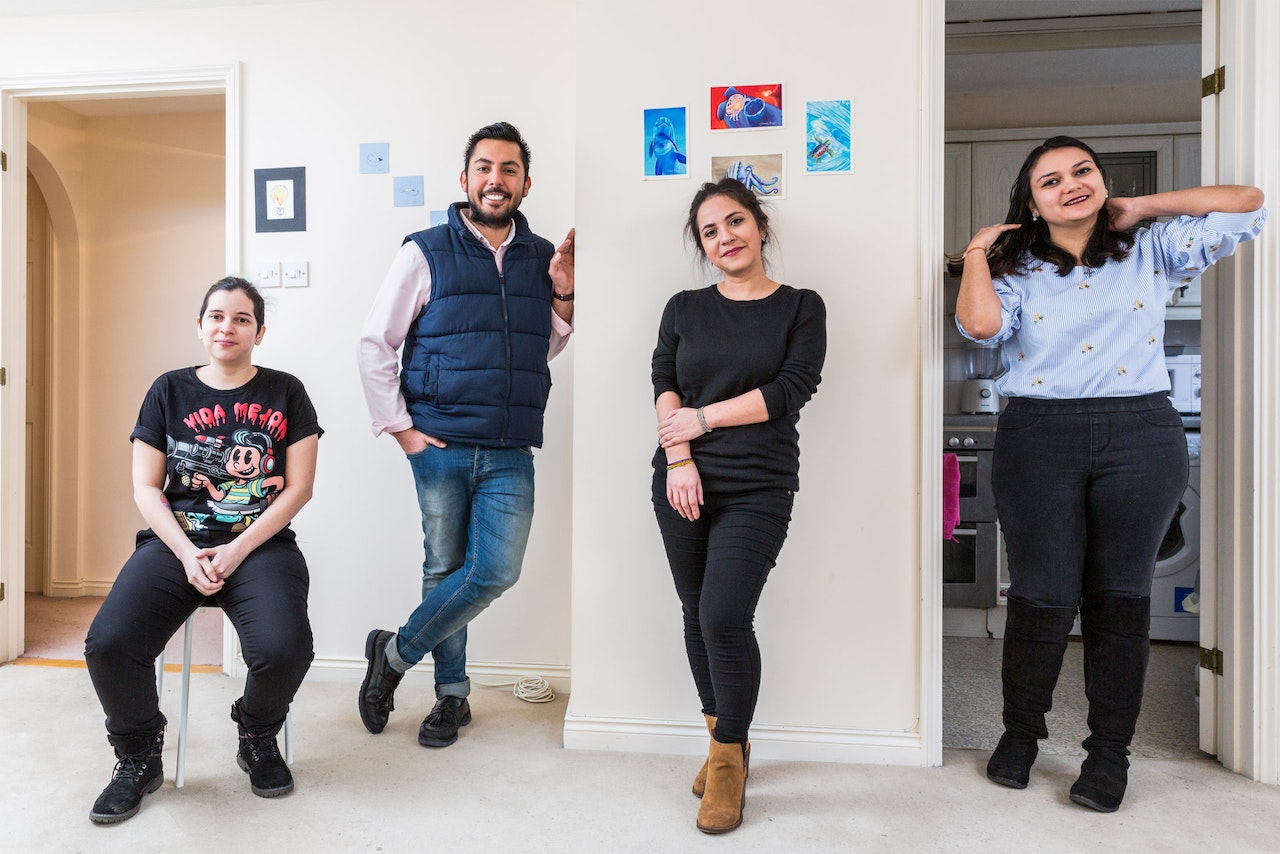 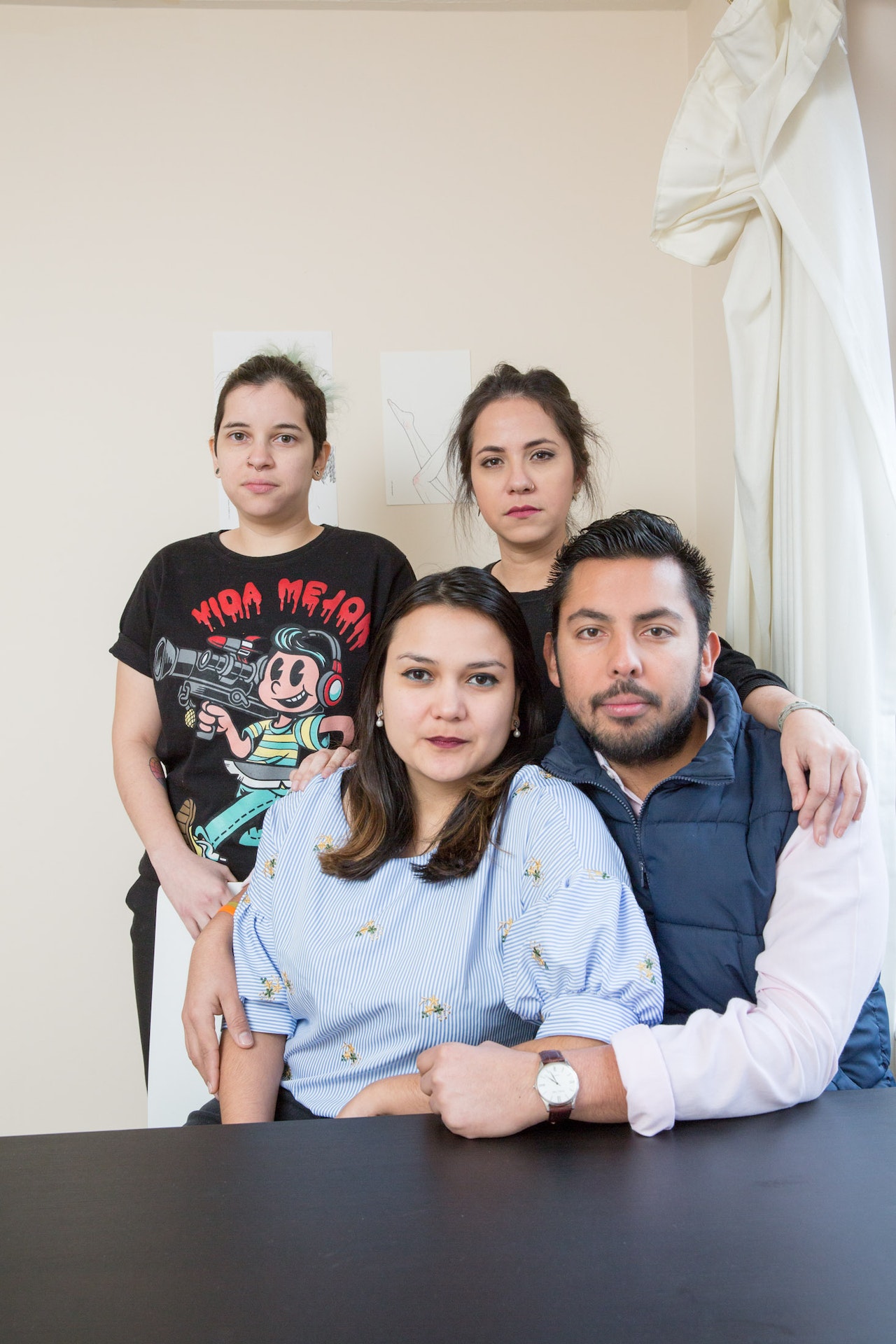 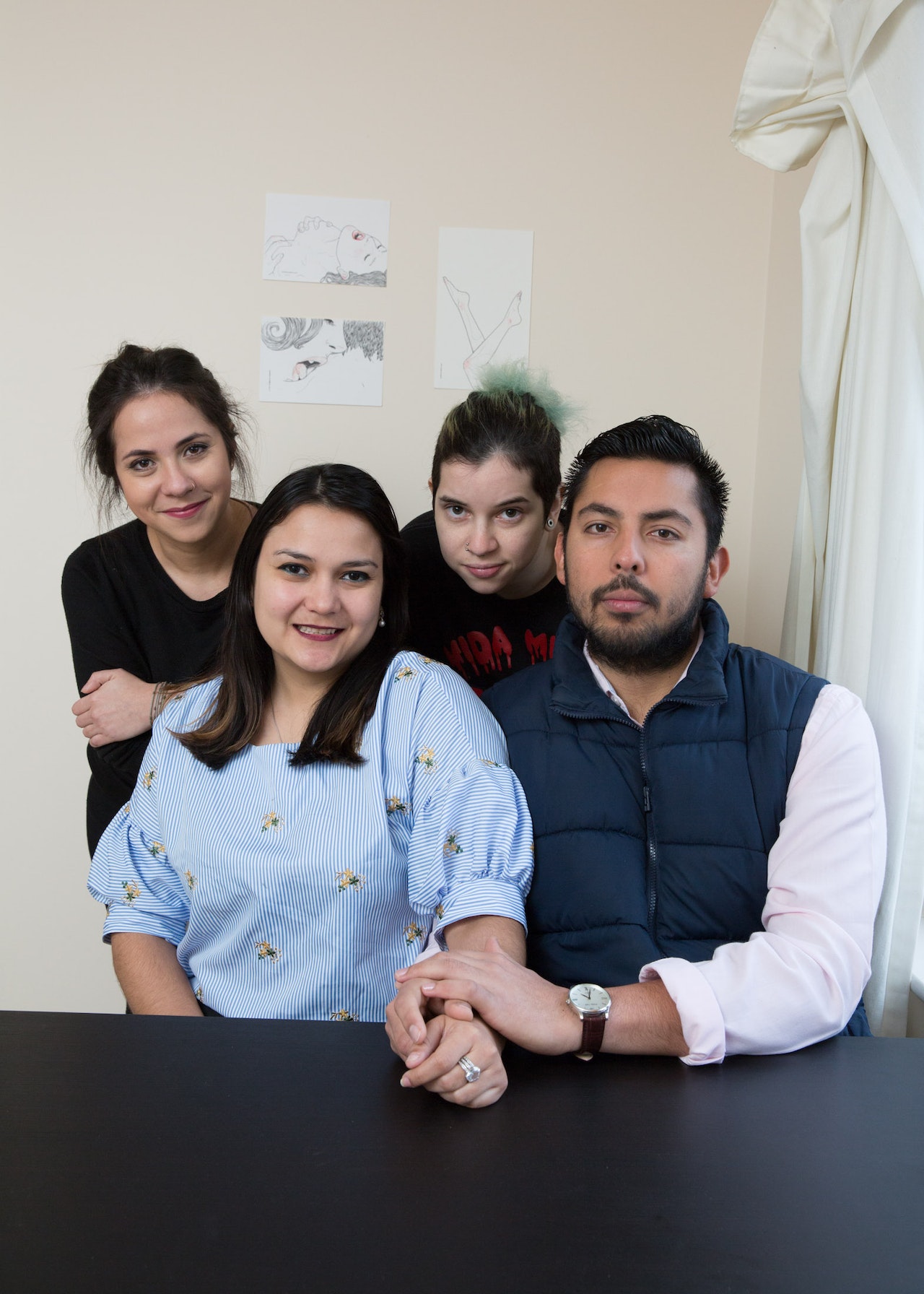 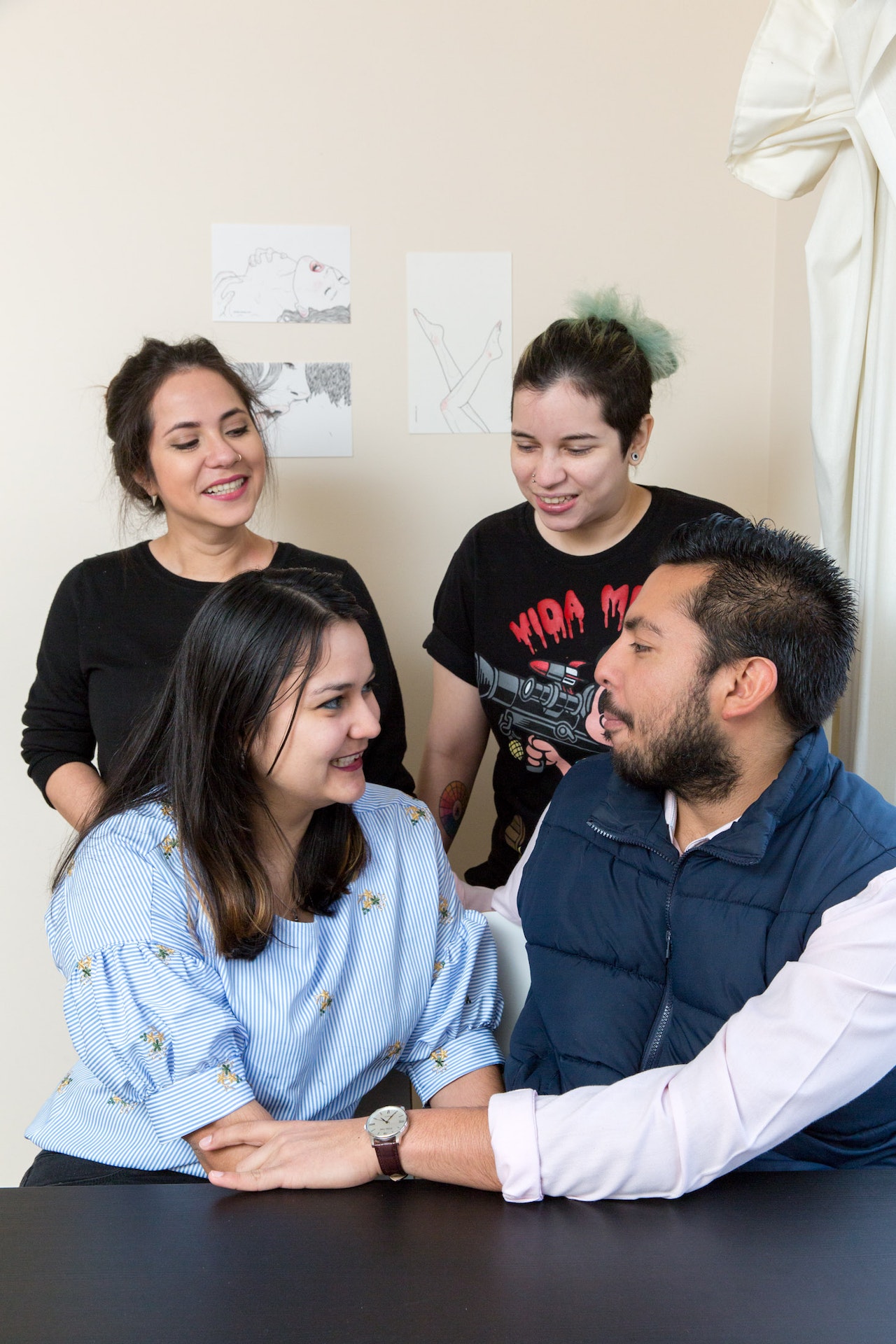 From Honduras, in black, Gabriela Destephen, with blue top Thelma Bonillo, with tee shirt, Andrea Fonseca, and Allan Palma. All friends in London. None are related.

Both from Honduras, Gabriela Destephen and Andrea Fonseca met through a mutual friend and now live in London. Andrea graduated from university in Honduras after studying graphic design and was searching for somewhere to go that would offer a change of scenery. “I thought that travelling would open my mind and expose me to new experiences,” she says.

Meanwhile, Gabriela was taking a sabbatical year. “I was studying to be an architect, but I decided to have a break because I was coming to the UK to study a Master’s in International Planning and Sustainable Development at the University of Westminster.”

Gabriela: When I moved here, I got a scholarship with five others. The others are dispersed around the UK, but I’m the only one in London.

While she had visited London before, Gabriela says it was a totally different experience as a tourist. For Andrea, it was her first time in Europe. “My first impressions were that it was very cold and the people were polite. It also struck me that everything here is very organised,” she says.

Gabriela: London is a very organised city, but at the same time it seems kind of messy – yet in a good way. You can see how vibrant the city is and how much it can offer. It’s a very good place to study. I’ve been here for five months so far.

Although Gabriela will stay for one year to finish her Master’s, she’s unsure of her plans after that. “I may stay for a year after but I haven’t decided,” she says. In the future, Gabriela sees herself working for the UN or something related. “I should be working. That’s my goal,” she says.

As an artist back in Honduras, Andrea met people from across the world and hopes to meet up with her friends in Europe while she’s here.

“It was just me here in London until a friend of mine introduced me to the Honduran ambassador,” says Gabriela. “There aren’t many Hondurans here, so when there is an event or a celebration everyone gets to know each other because it is such a small community.”

Gabriela: Honduras is going through a bad political situation right now, so it’s important for us (Hondurans) to be together. It’s hard to be by your self here when there is a political crisis going on back home.