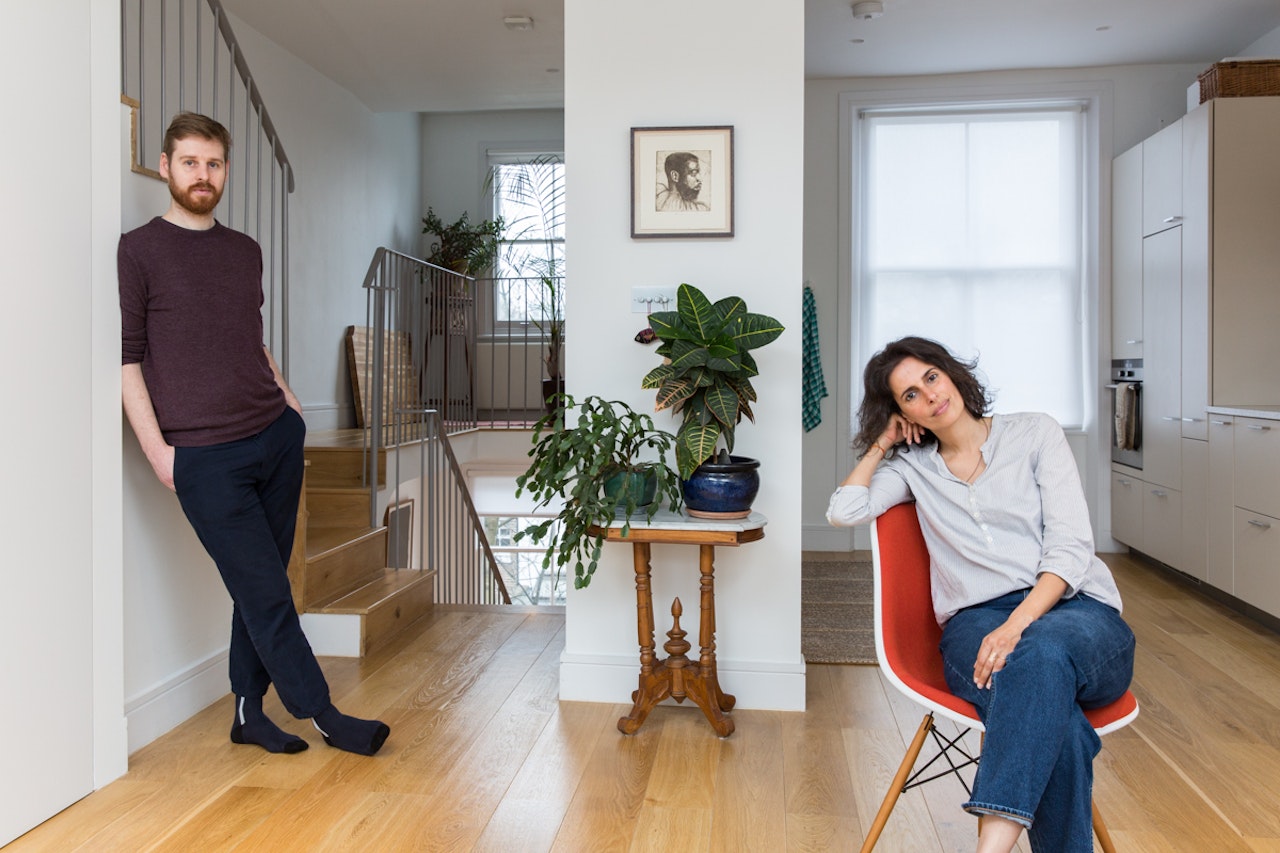 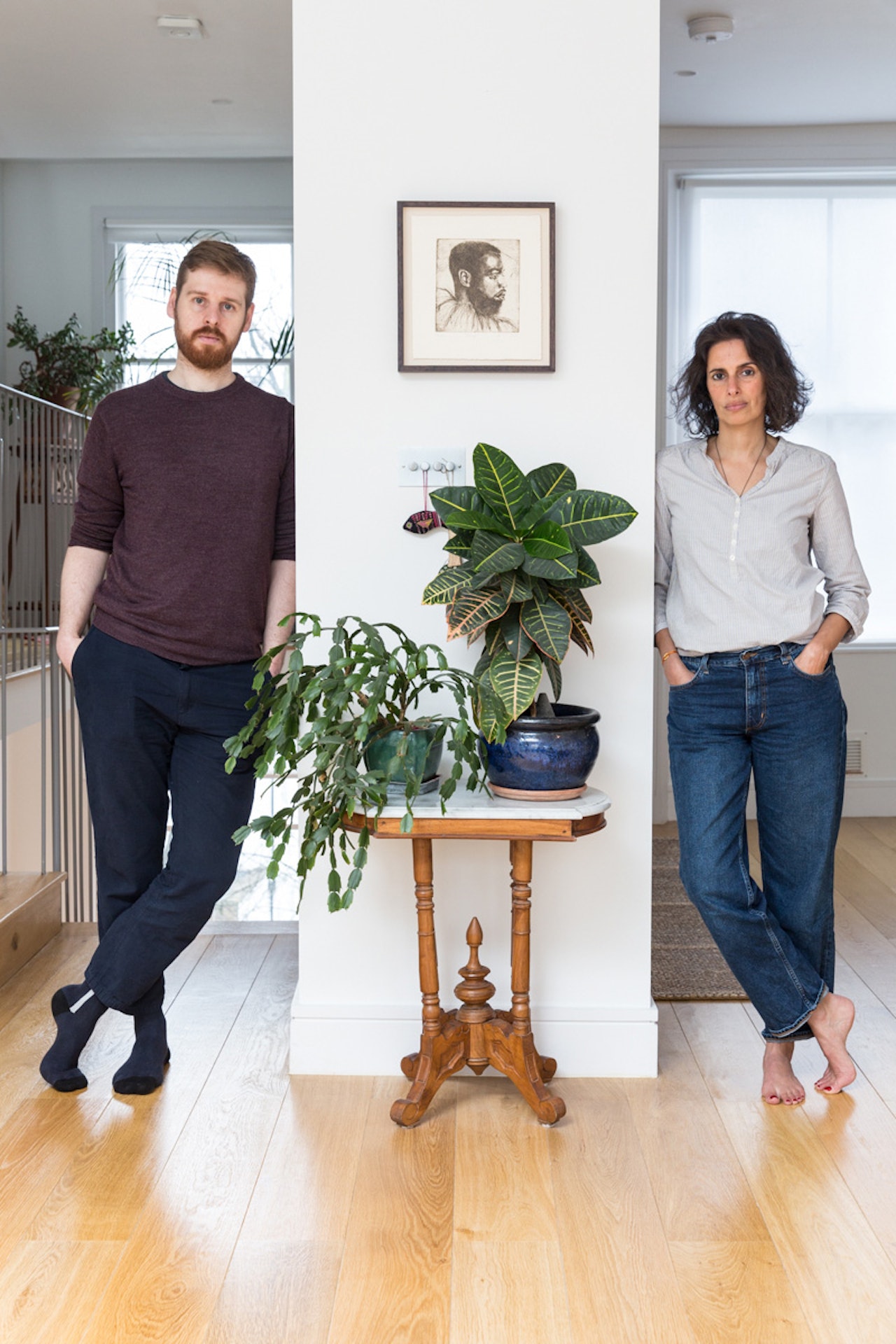 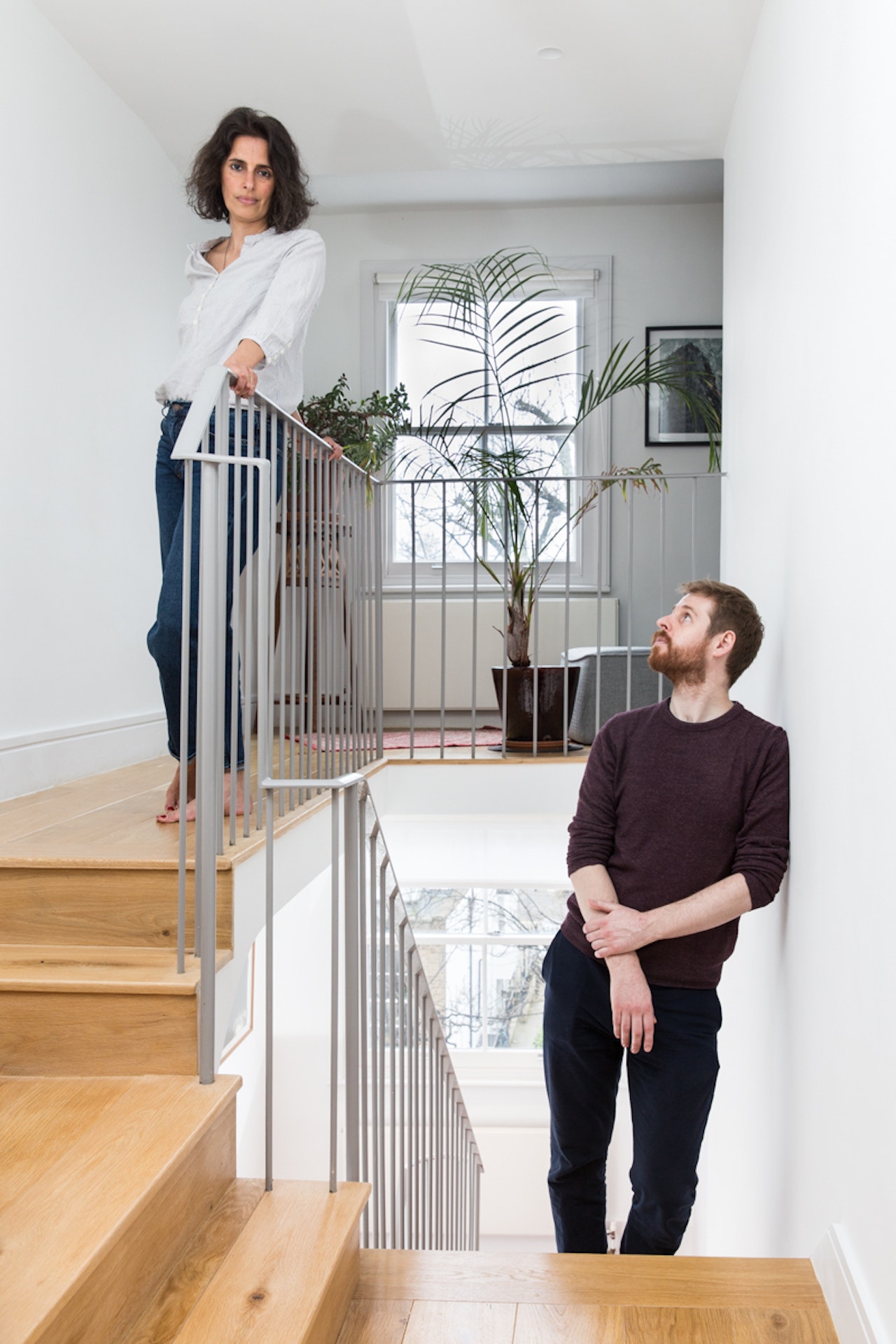 Sarah Alhamad and Mathew Bishop met at an art exhibition in London nine years ago. Sarah, originally from Kuwait, came to London as a student to do a Master’s in Middle Eastern Studies at SOAS, and ended up staying afterwards. She worked for a number of years in publishing and then became a cookbook author, which is her current profession. Her books focus primarily on the Gulf cuisine – the food she grew up eating. So far, she’s written two books on food from the Gulf, and is now researching for a potential third book.

Sarah: My second book is on the date fruit, which encompasses recipes from all around the world that use the fruit. It’s quite specific. Dates are very much a part of our culture and I wanted to study that. I was initially inspired by sticky toffee pudding, and went on a quest to discover why the pudding had dates in it.

Sarah goes back to Kuwait twice a year as she still has family there. Currently, she has no blood relatives in the UK. Mat, who is a painter, is originally from Southampton, which means they go down to Hampshire regularly. Sarah says she enjoys travelling around the UK.

In London, Sarah says she isn’t part of a Kuwaiti community, but rather part of a global community. “I have a very international circle of friends,” she says. “There are Arabs, Canadians, English and Europeans – it is London after all! I don’t think there is much of a Kuwaiti community here because they come here to study and then they return to Kuwait.”

Mat says that, when he moved to London, his friends introduced him to a football team and he has built a network of friends through that. But despite being married to a football fan, Sarah doesn’t share the same passion for football. She is, however, into yoga and Pilates.

In terms of where she calls home, Sarah considers both London and Kuwait her home.