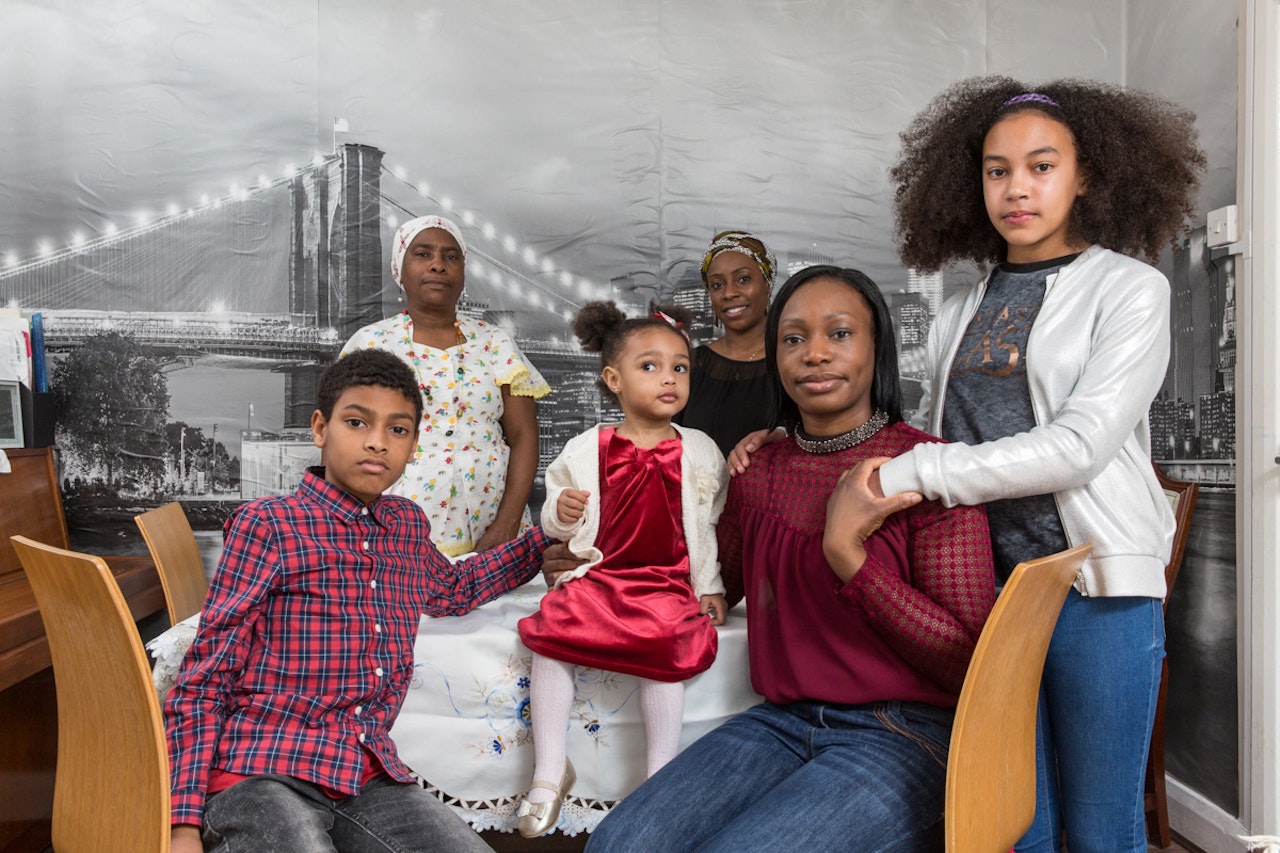 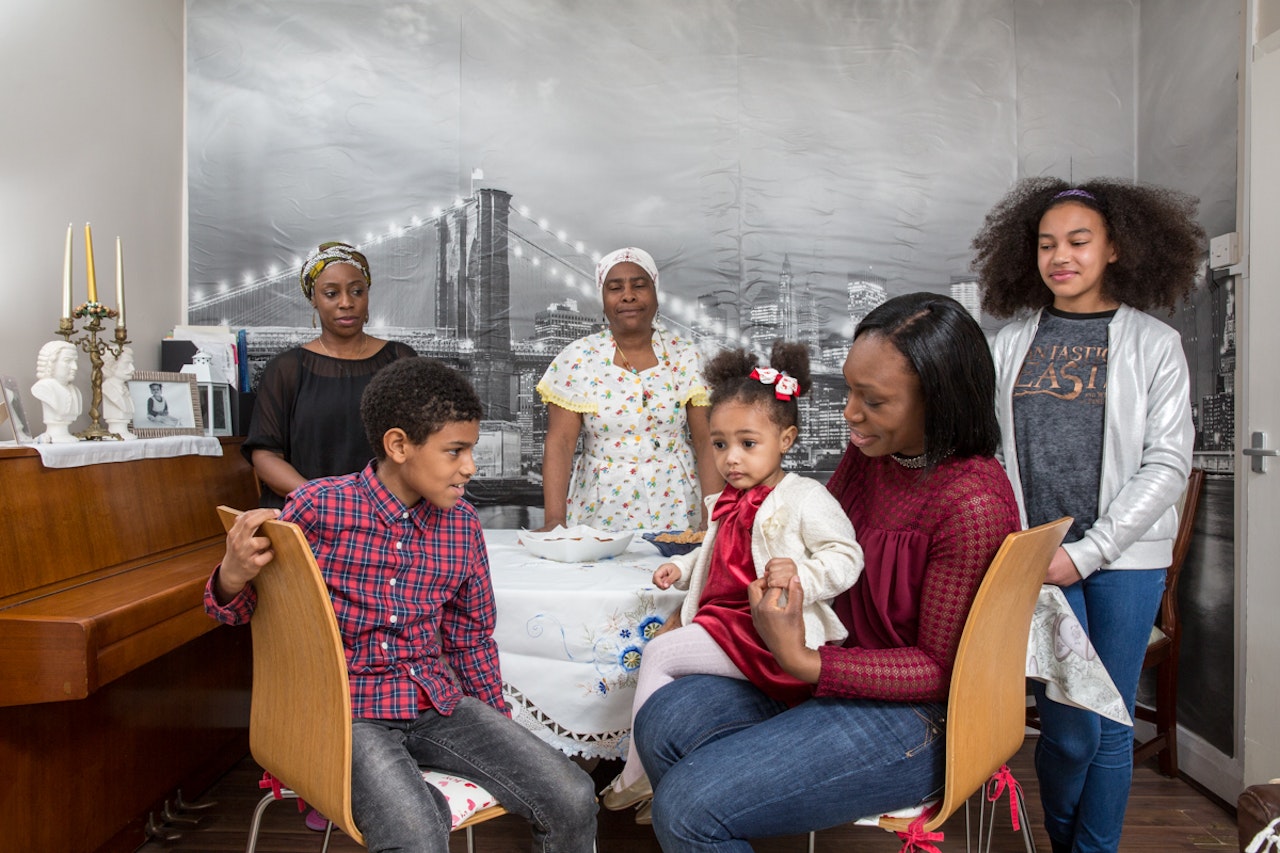 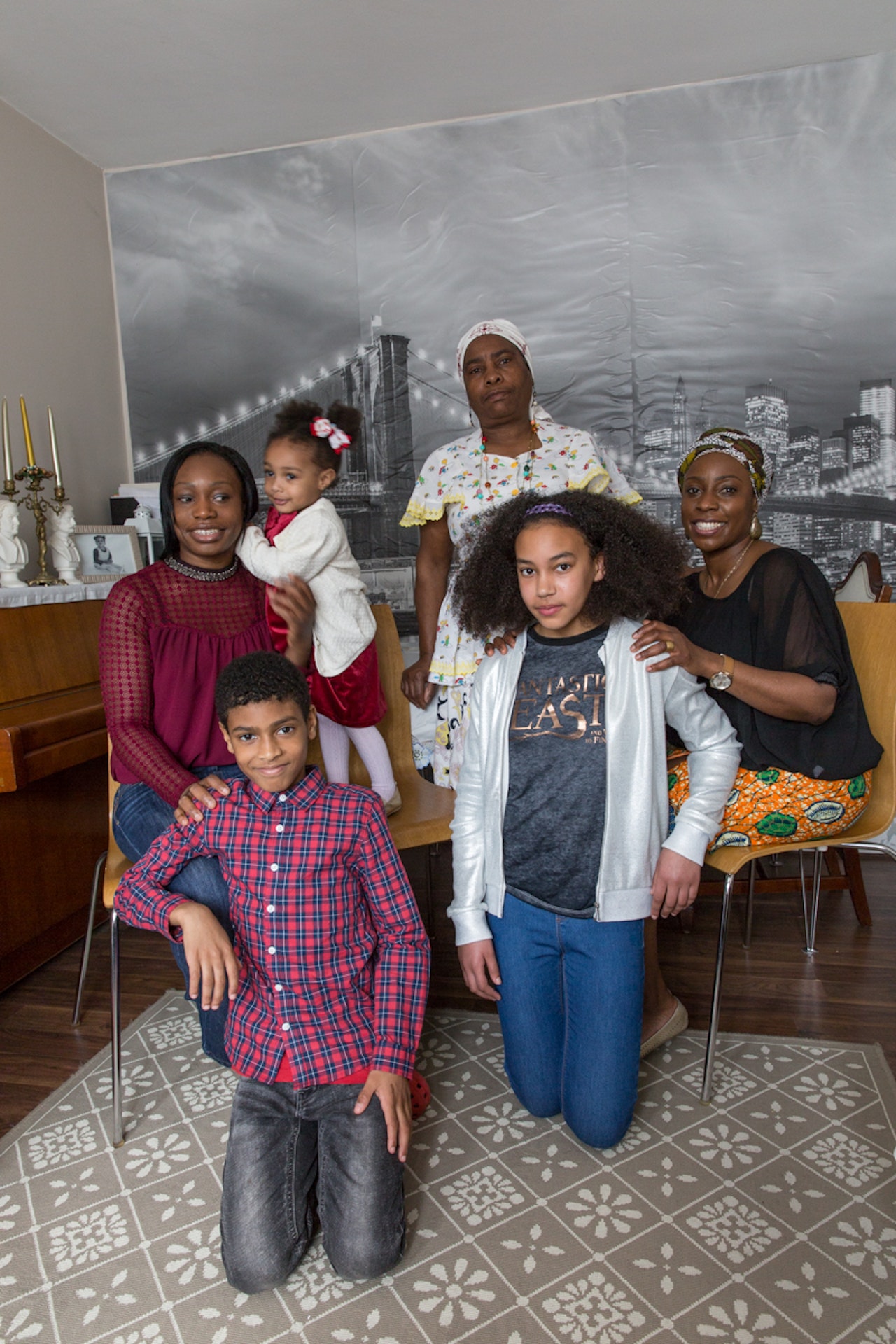 Zuleida Bexigas and her sister Vilma initially emigrated from São Tomé and Príncipe to Portugal before deciding to move to London; there they lived with their aunt Teresa Carvalho.

“I was the first of my family to come to the UK,” says Zuleida, “I came here in 2003. Everything about London drew me in really; the whole culture fascinated me. I ended up wanting to stay and do my Master’s degree.”

Her degree was cancelled a couple of weeks before the course was due to start, so Zuleida started working in accounting in central London, a continuation of what she had been doing in Portugal.

Her sister followed shortly after Zuleida gave birth to her daughter Eliza. “Initially she came to give me a hand with the little one,” explains Zuleida, “but she ended up staying and creating her own family!”

Her aunt followed her daughter and niece to the UK seven years later, choosing to live in Manchester, as the cost of living was lower than in London.

“Unfortunately, she’s not working at the moment,” says Zaleida, “she’s still learning English. She does feel at home in Manchester, though she is also nostalgic about São Tomé & Príncipe.”

“We’re trying to go back more often now,” she continues, reflecting on her own relationship with her birthplace, “I went back in 2013 for the first time in 10 years and I did notice some changes in the community. I had mixed feelings. A part of me wanted to go back because of everything that reminded me of my childhood, such as my friends and the people I knew. On the other hand I feel very comfortable in London and my daughter was born here. It’s an odd feeling”.

The Bexigas and Carvalho family help run a national event every year to bring together the São Toméan community living in London, which takes place around Ilford in East London. “We’re trying to expand and welcome people from other former Portuguese colonies as well,” she explains, “this year there were people from Guinea, Mozambique and Angola.”