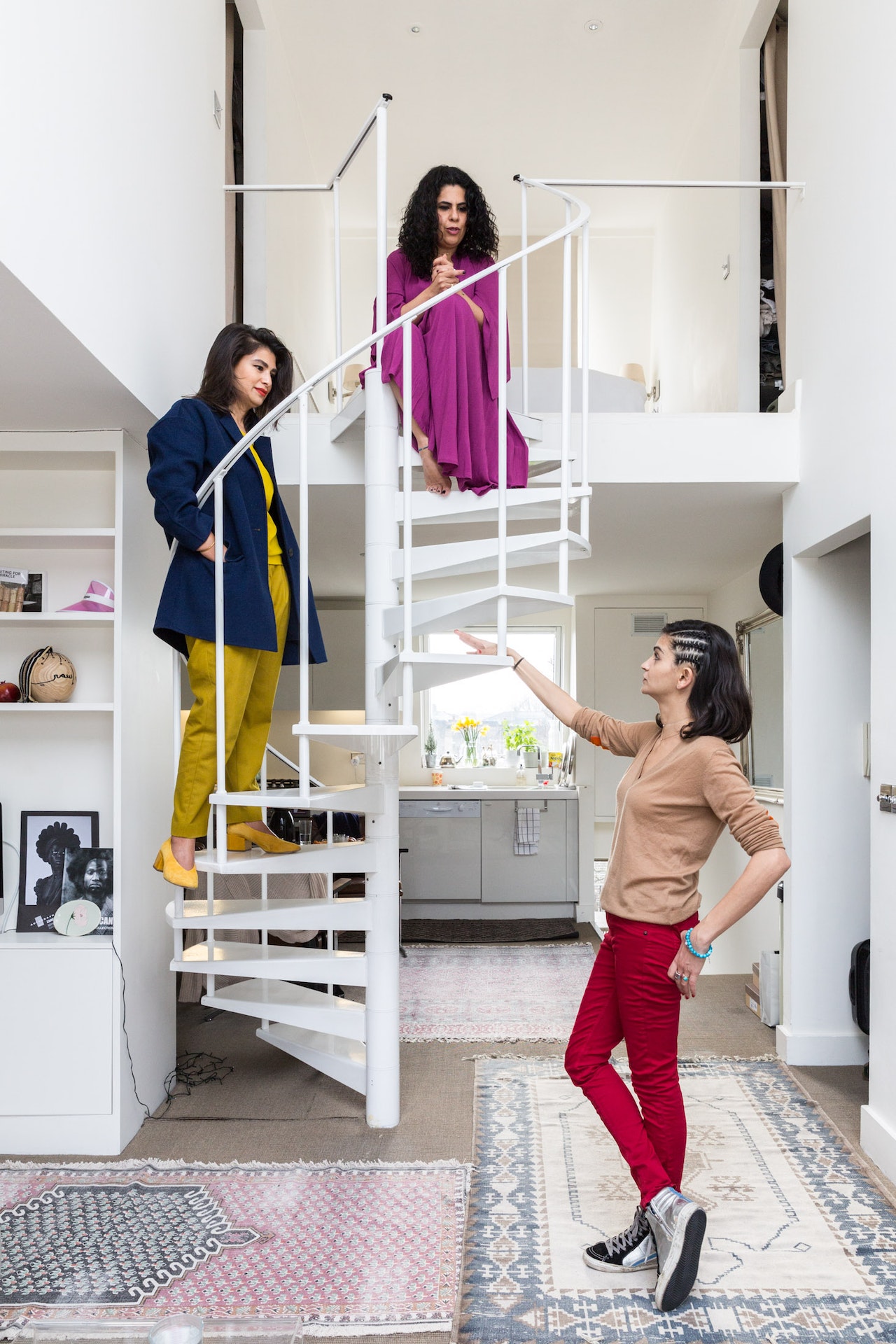 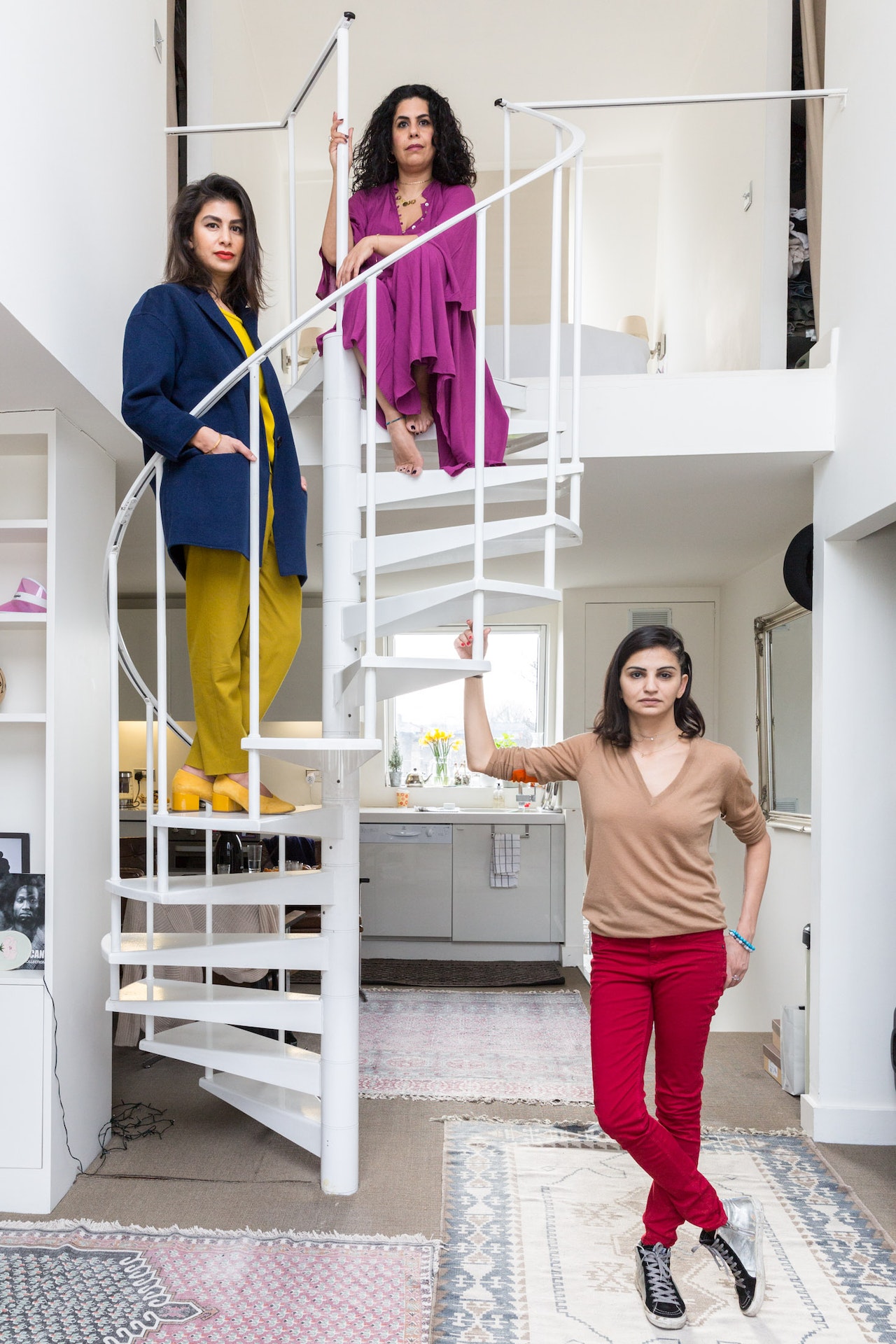 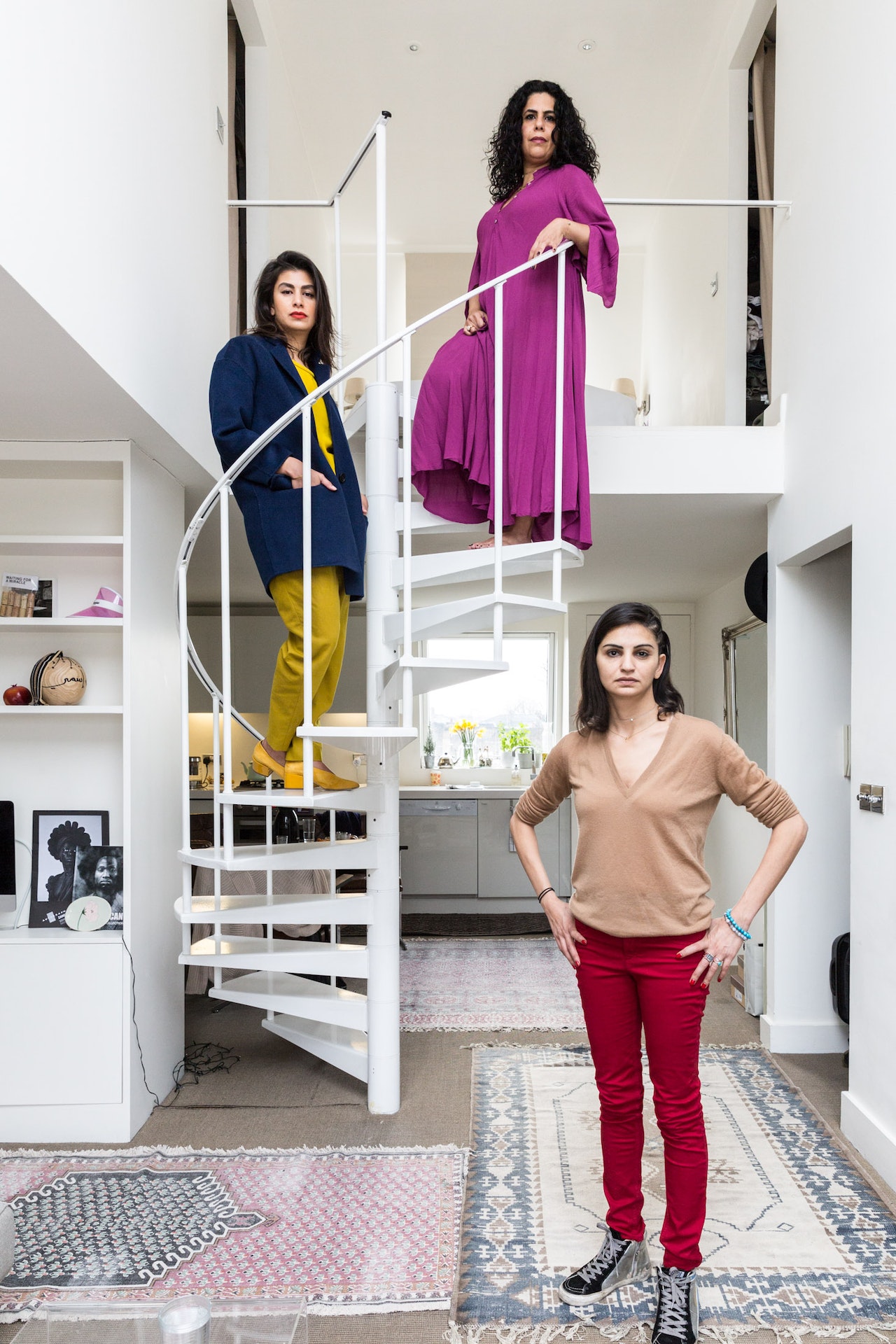 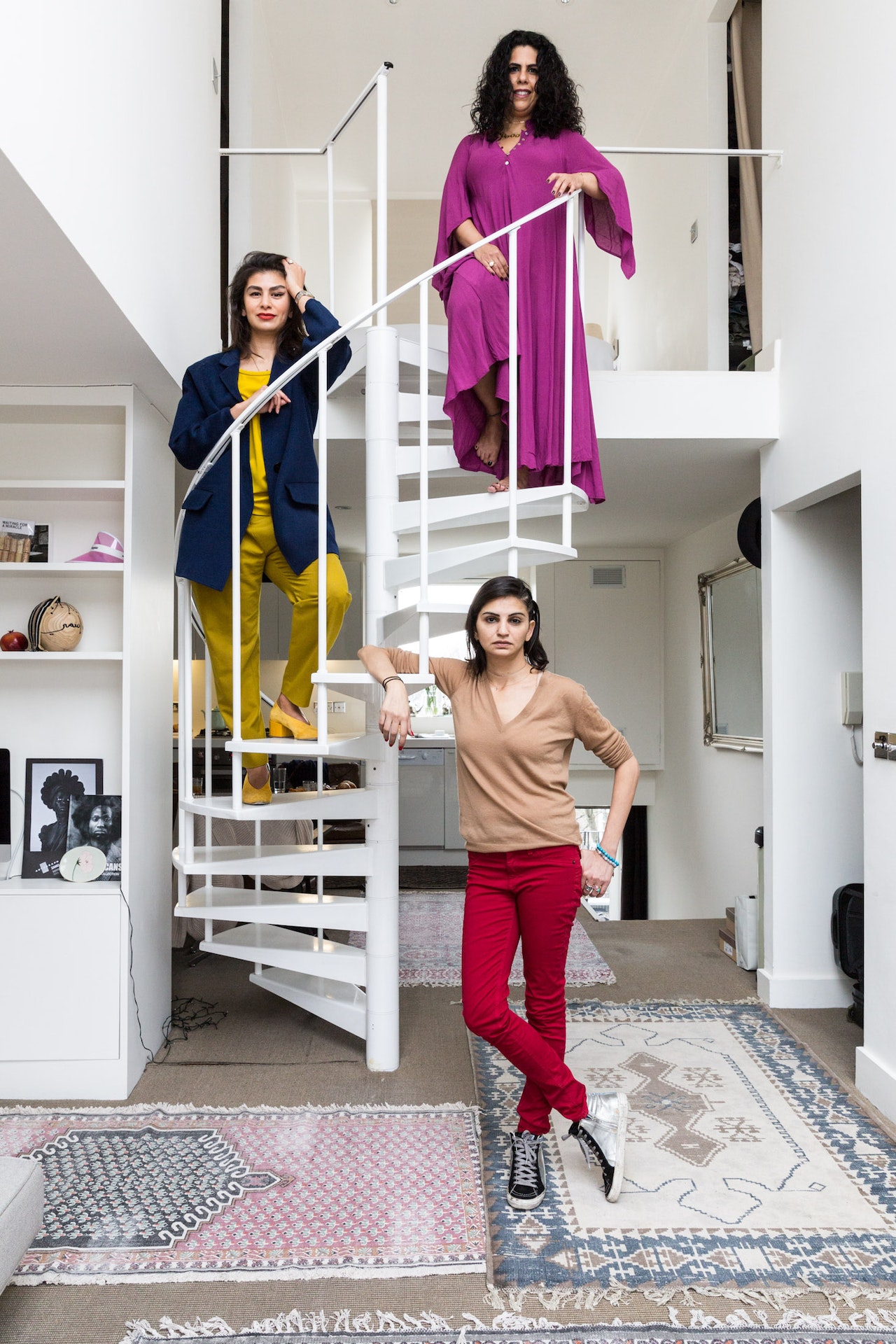 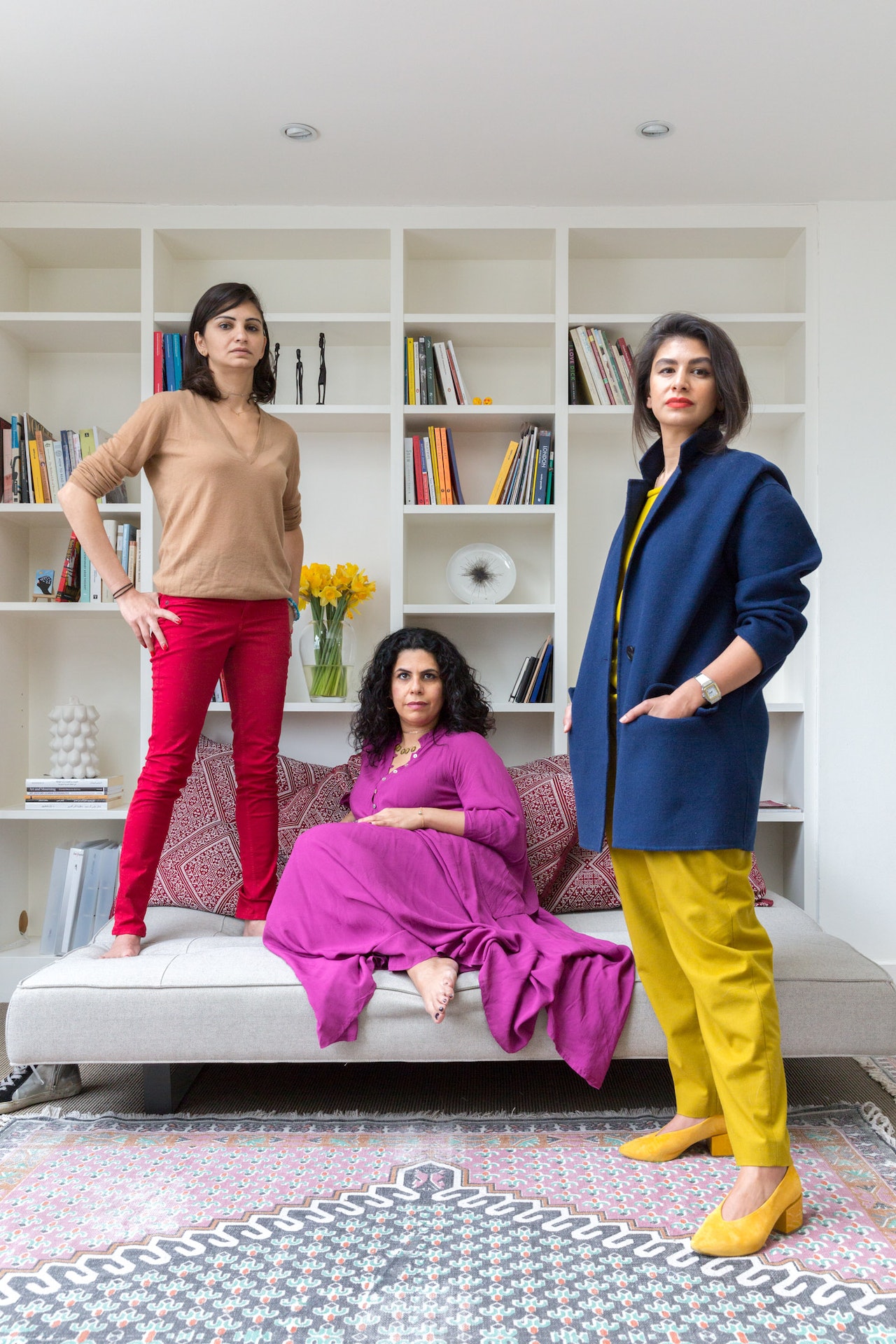 “I would say that the three of us are connected through being distinctive and unusual Saudi women,” says Manal Aldowayan on her friendship with Zain Masoud and Ahd Kamel.

The three friends live in London. Ahd and Manal are both originally from Saudi Arabia. Zain’s father is from Pakistan, while her mother is Saudi. “Even if we aren’t Saudi, we’re are all tied together by the way we think,” continues Manal.“We were raised to not be dependent on men and to be financially independent,” says Ahd. “We have our families to thank for that.”

The art world connected them – Zain attended Manal’s exhibition in Berlin, though they had known of each other for a while due to their work in the art world. Ahd and Manal met while at college in the US.

“I haven’t been back to Saudi in a very long time,” reflects Zain, who works as an art advisor and strategist for cultural organisations. “My parents met at Oxford University and fell in love. My dad had to become a Saudi national in order to marry my mother.”

Zain’s mother was the first Saudi woman to obtain a PhD from Oxford, and wanted her daughters to be educated in England too. The family returned to the UK when Zain was three years old. “I grew up here and have a British passport,” she says.

For the past 14 years Manal has been working as a professional artist. After artist-residency hopping in Europe, she moved to Dubai to set up her studio. “I originally saw Dubai as a final destination but it turned out it wasn’t that final. I’ve come to understand that wherever I am that’s my home.”

She moved to London to complete two Master’s. “London is no stranger to me,” she continues, “I’ve been coming here since I was a little kid. For me the idea of ending up here was always in my future.”

And yet Manal still considers herself Saudi: “I still go back there. My home is there and most of my projects revolve around Saudi Arabia. I have a very strong link to the country, and my mother still lives there.”

Ahd moved to London two years ago. She is an actress and narrative filmmaker, and is currently acting alongside Carey Mulligan in the TV series Collateral.

“Saudi is where my roots are, but my branches are elsewhere,” she says. She’s lived in New York, Florence and Paris. “I don’t see myself having to go and live [in Saudi] because it’s a part of me, which no one can ever take away.”

Also from Pakistan are the  Al-Khaburi Family, the Chaudhry & Ghafoor Family, and the Shamis Family.