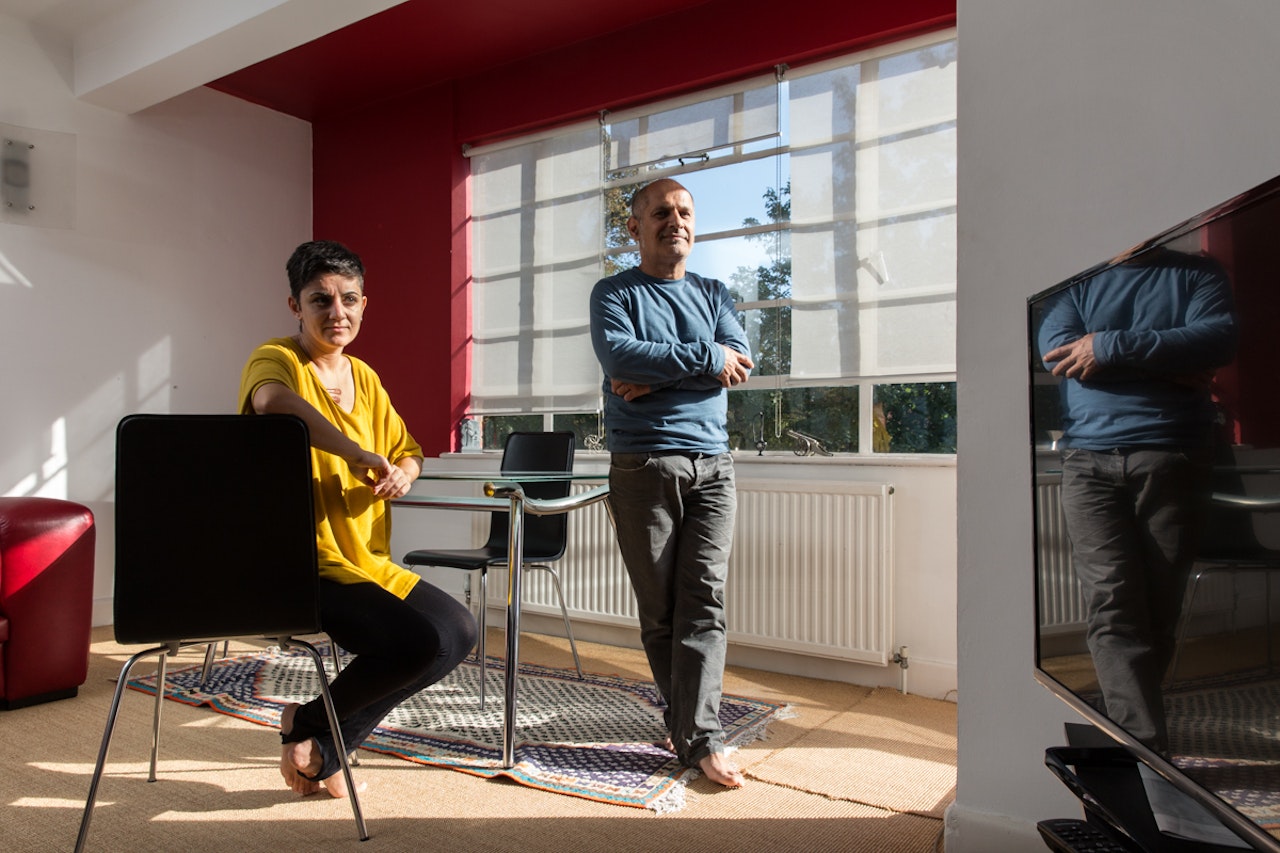 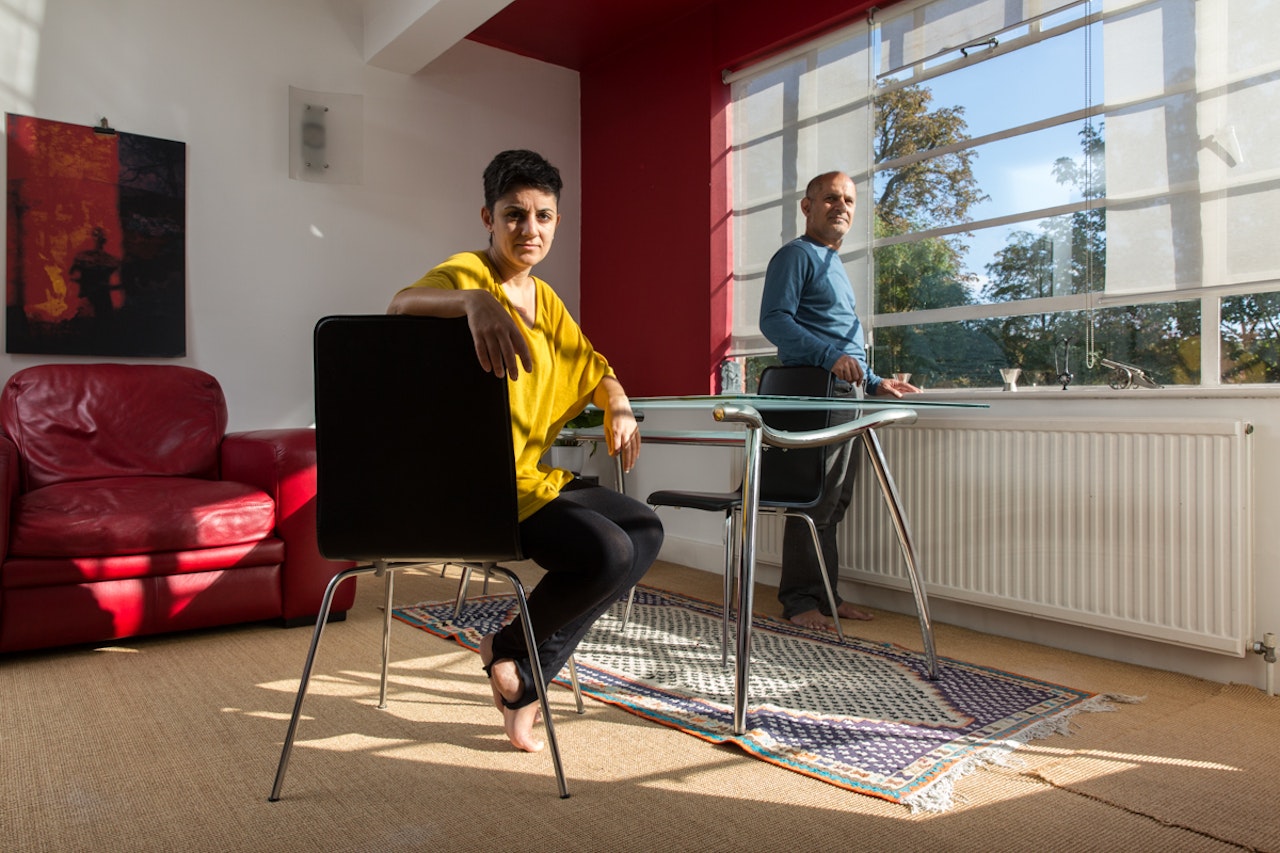 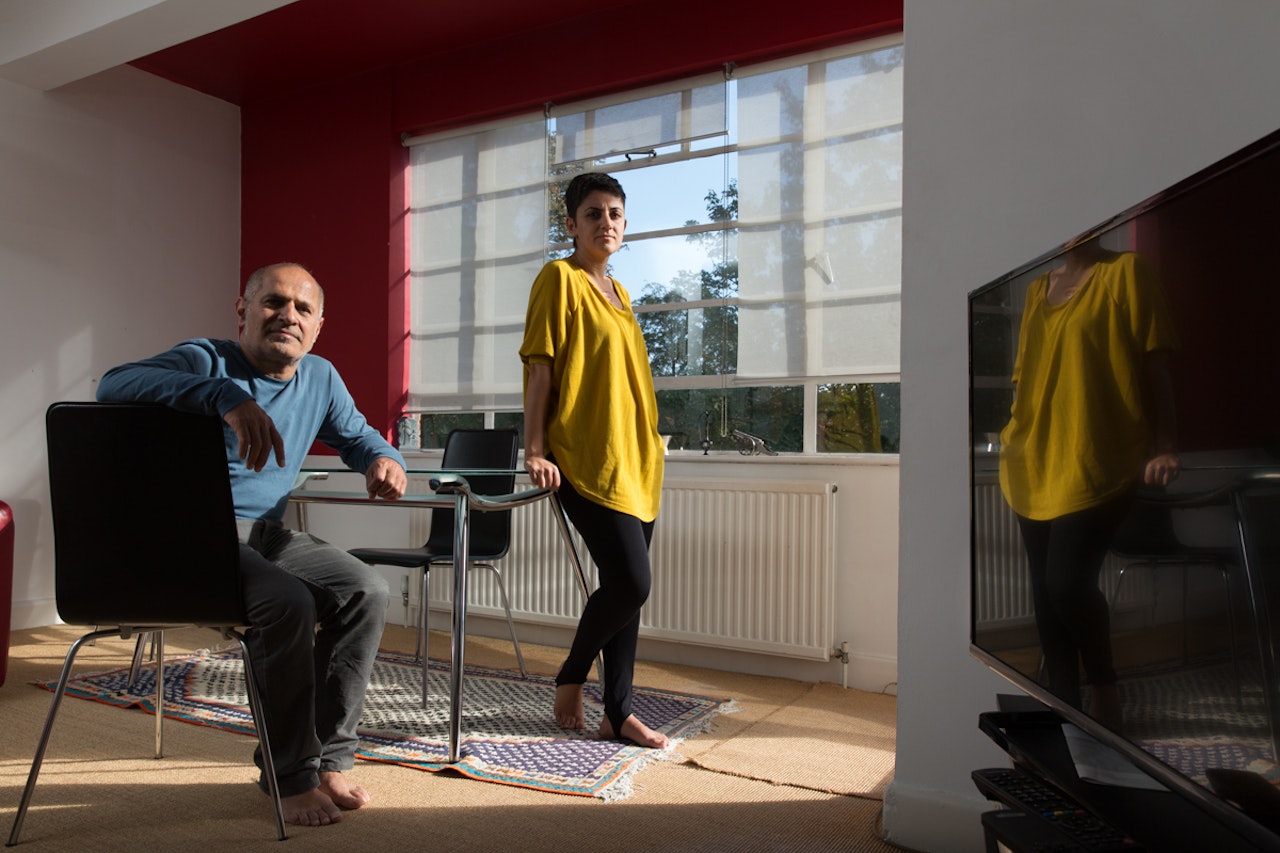 “In the 80s and 90s I felt more like I was a Londoner, that I was British” says Nasser Golzari. It was the era of punk, and he became politically involved in the movement. Today, he feels more on the periphery of society than he did then. With increasing nationalism and associated intolerance towards immigrants and foreigners, his affinity with Britain is dwindling.

Nasser’s family are from Azerbaijan, though he was born in Tehran, Iran. He has dual nationality, possessing both a British and Iranian passport. He uses the latter to travel to both Iran and Azerbaijan, where he still has family.

In 1974 he moved to Britain alone at the age of 14 to study. Given Azerbaijan’s inclusion in the Soviet Union, Nasser grew up reading a lot of Russian literature. Under the Shah in Iran, much of what he wanted to read was banned. School in England allowed him to become reacquainted with his childhood love of literature.

His interest shifted towards art and sculpture, and eventually architecture, partly inspired by a tutor who likened his sculptures to the expressionistic work of the German architect Erich Mendelsohn. Nasser now works alongside his wife in their own architecture practice.

His wife Yara Sharif is Palestinian. Prior to moving to the UK, she had been living in the city of Ramallah, and before that in Gaza and Nablus.

In Palestine she worked as an architect for 10 years. The political situation and intensifying blockades were in part what urged her to leave the country, though the decision to move to the UK was also motivated by a desire for change and to continue her studies in architecture.

After completing a Master’s and PhD on a scholarship, she ended up living in Britain for the past 10 years. It was during her PhD at Westminster that Yara met Nasser, where he was teaching. “She looked young, but I soon discovered she had a lot of experience” he says.

Despite being an established architect and lecturer at a university, Yara still hasn’t attained permanent status as a UK resident. She too perceives a shift in national mentality towards her and fellow immigrants.

Today, the now-married couple often discuss moving closer to family, be that Iran, Palestine, Azerbaijan or elsewhere. Yara’s parents and two brothers, who are still in Palestine, have never met Nasser’s family due to travel restrictions. Both Nasser and Yara feel ill at ease prior to each visit to Palestine because of the ongoing conflict and violence there.

Other Family from Palestine is the Yaghnam Family