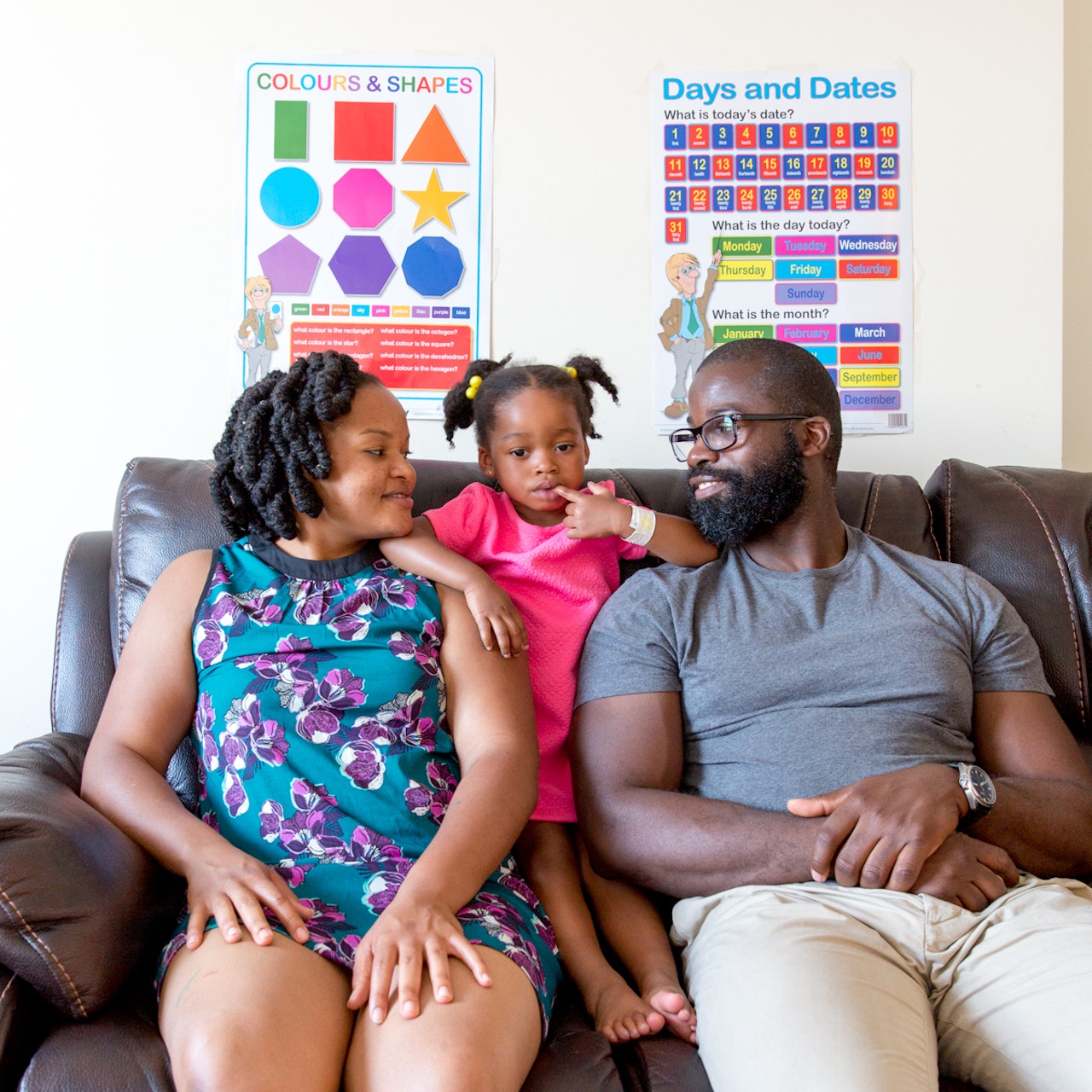 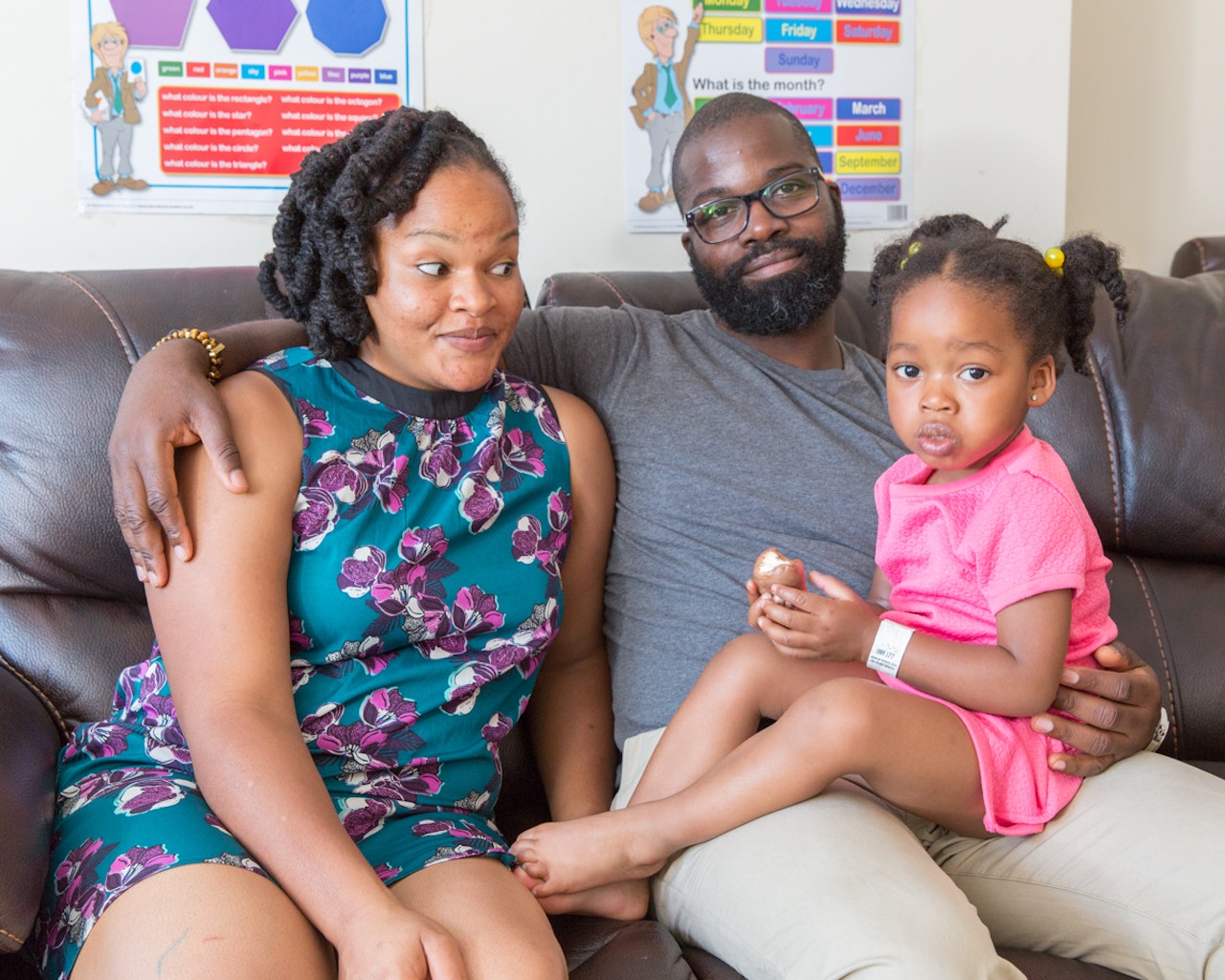 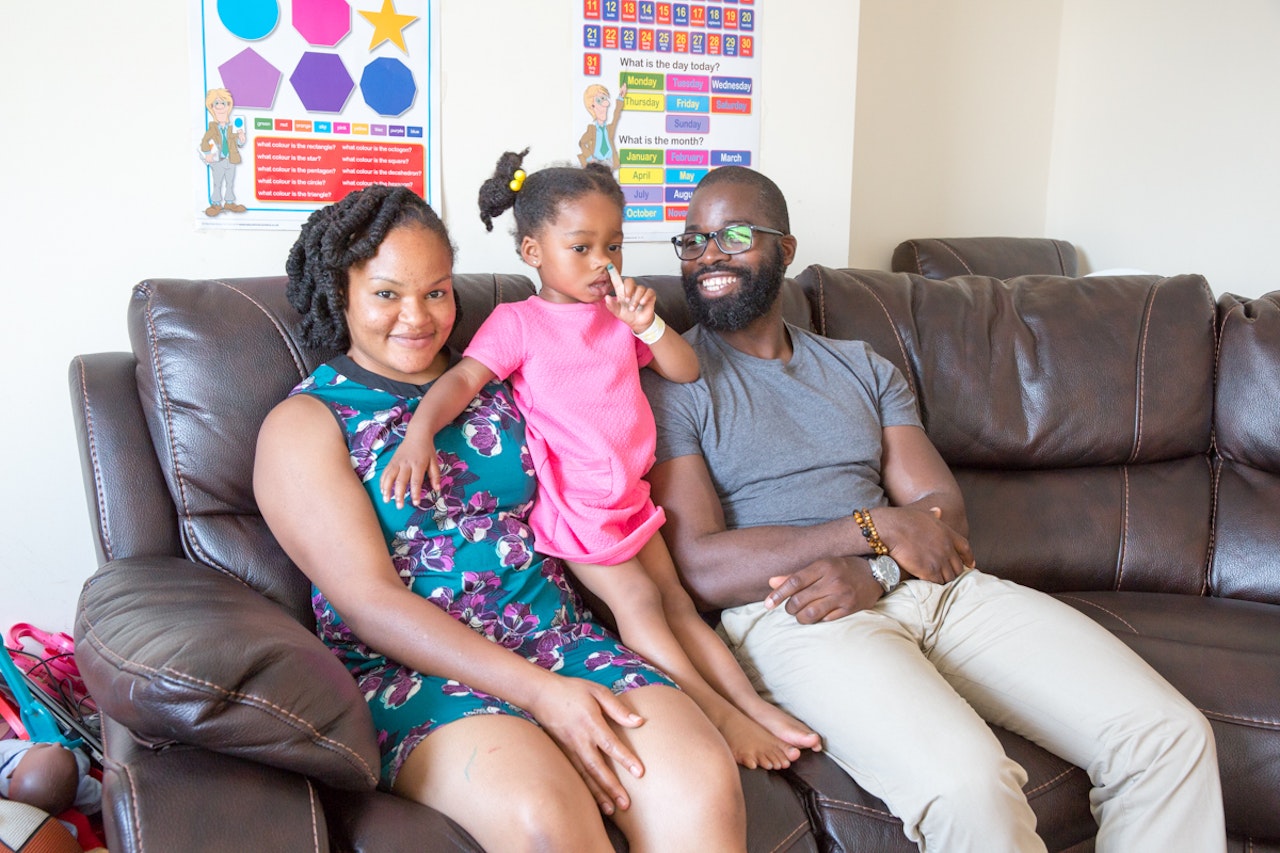 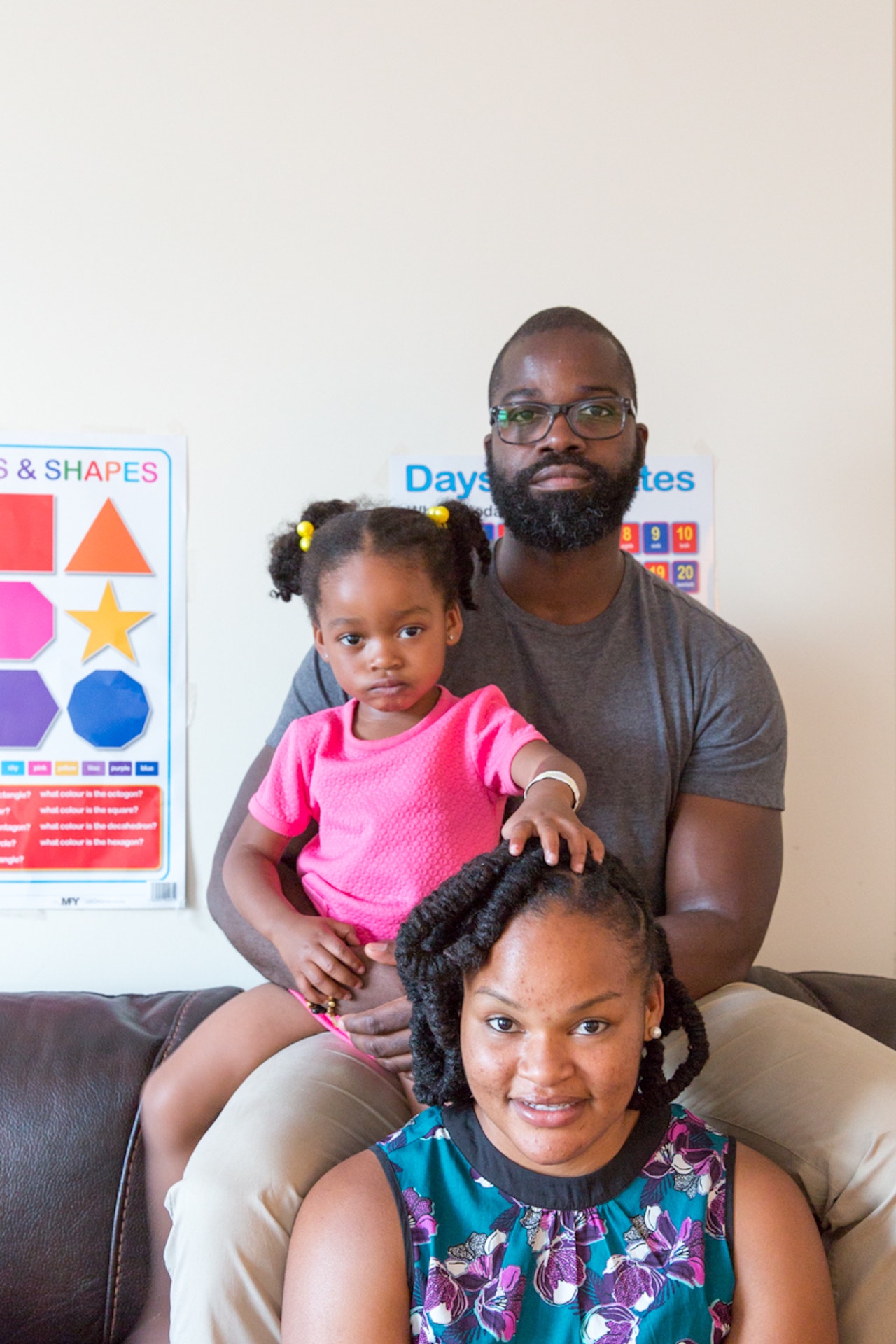 Blair Cambridge with her partner Sheni Sampson and their daughter Lisa-Anne Sampson-Cambridge.

Sheni Sampson was born in Nigeria, though moved to London when he was two years old. After graduating with a degree in Economics and Politics from Goldsmiths he went backpacking with a friend in Guatemala.

“Due to the popularity of Spanish schools over there, there is a massive expat community and many foreign tourists,” says Sheni. “My friend observed that it would be an ideal place to set up a business.”

In Guatemala Sheni sold aromatherapy products, essential oils and fragrances. It was through his work that he got to know Blair Cambridge.

“At the time there were very few black people living in Guatemala so we all connected, and my brother was Sheni’s friend,” says Blair. “We had been family friends for years and then just became partners.”

Blair was fifteen years old when she moved to Guatemala from the Bahamas. She went on to study International Relations in Guatemala, though never acquired a Guatemalan passport.

“We lived in Guatemala for quite a while before Sheni returned to the UK,” explains Blair. “Initially I came to London by myself in 2015 because Blair had to finish studying,” says Sheni. “With me being English and having qualifications we thought it would be better to come to England as we could make more money over here than in Guatemala at the time. I had to close the business down. It just made more sense.” Blair joined him the following year.

Since returning to the UK, Sheni has worked as a commercial manager for a jewellery magazine. Blair is not currently in employment; “I’m actually looking to get my Master’s degree in Law at City,” she explains. “I did International Relations so I’m going to do International Law. It gives me some specificity.”

The couple now have a daughter, Lisa-Anne Sampson-Cambridge.

“I’m definitely a Londoner,” says Sheni, “I’ve never lived outside London within the UK. When we lived in Central America I was English and I was proud to tell people that.” “And I’m definitely Bahamian!” says Blair. “Despite having spent 10 years in Guatemala.”

Blair has met few Bahamians in London. “The Bahamians here usually study Law and then go back to the Bahamas.”

“I think we’ll still be here in London,” she says considering her own five-year plan. “Hopefully by then I’ll have my Master’s degree and will be practising International Law. Who knows, maybe we’ll have another kid. So, two kids down, a Master’s degree, working in London and still enjoying life.

Other families from Nigeria are the Ogunmokun Family and the Strigopoulou Family. Also from Guatemala are the Gatica & Stanke Family.