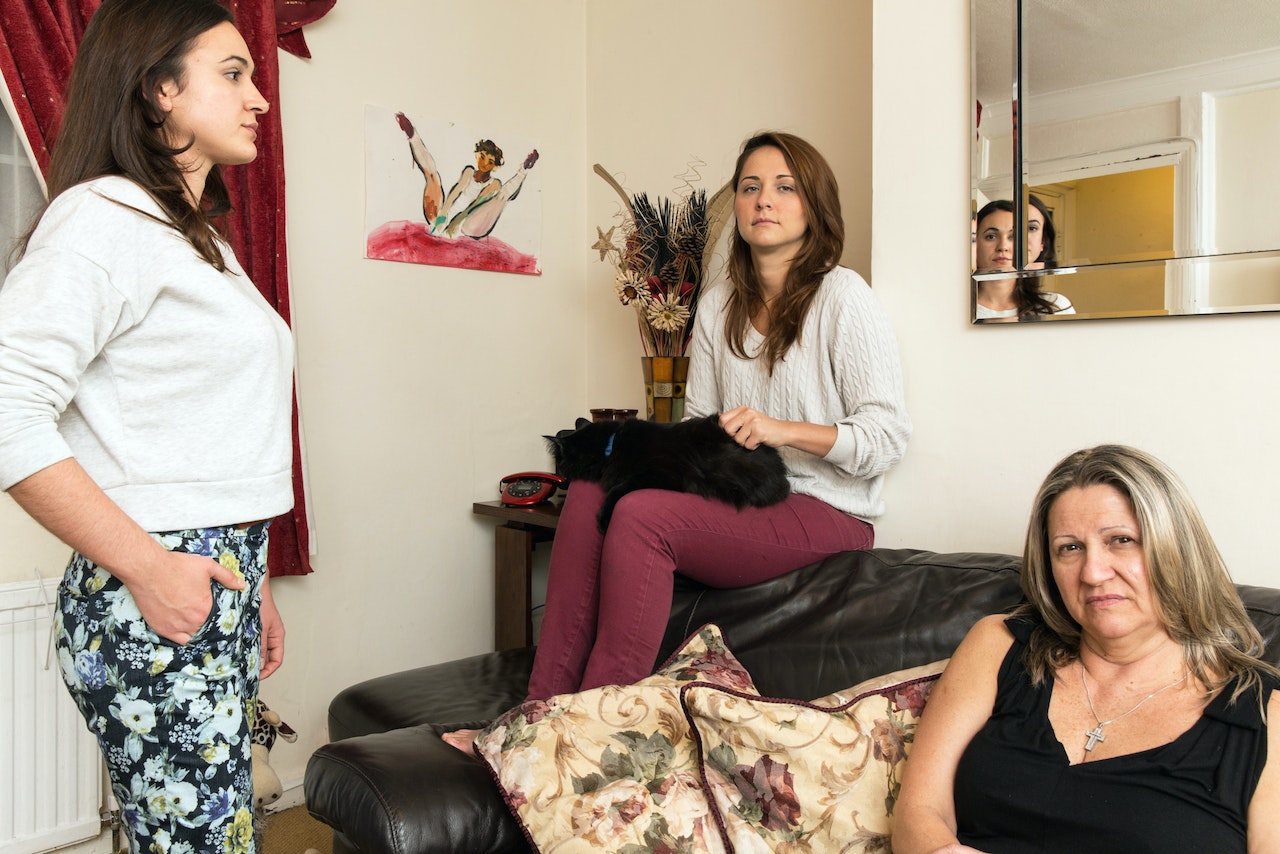 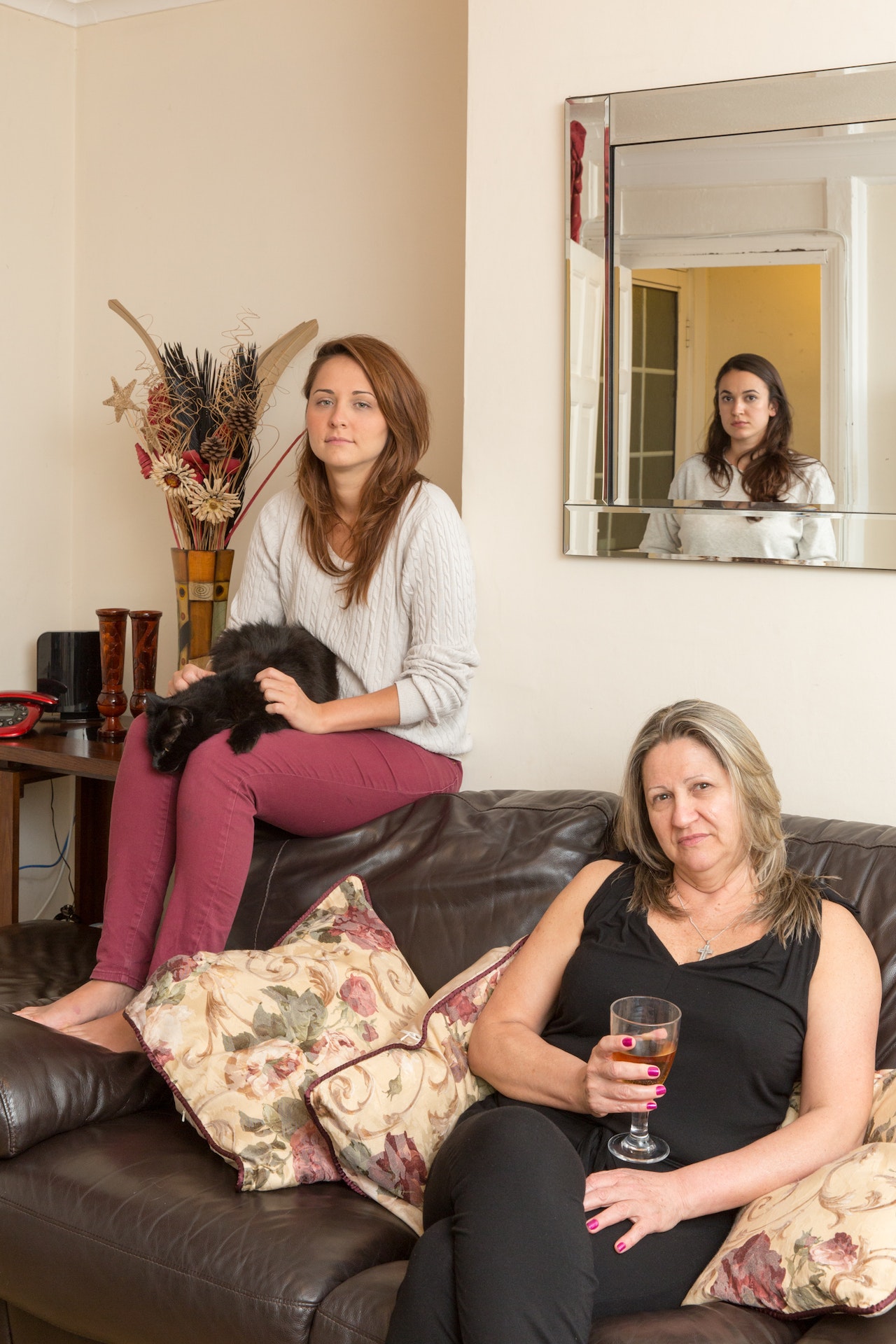 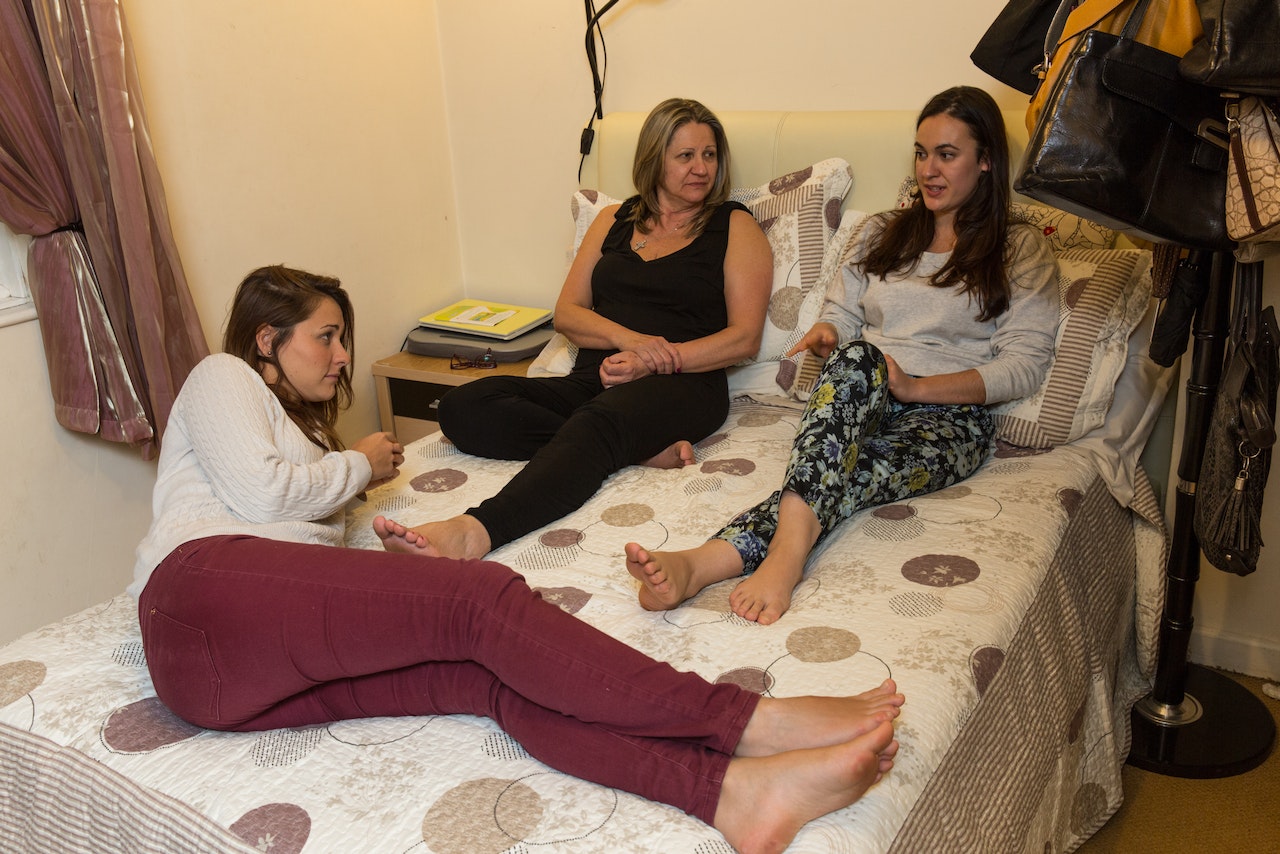 Vania Lebarch has worked as a creative pattern cutter in the fashion industry for 33 years. First in Brazil, then in New York for five years, and now in London. Here she works in the technical team where she is responsible for overseeing the quality of all the patterns that are then sent to a garment factory which cuts and manufactures them.

Her daughter Camila is studying fashion and textiles at university but isn’t sure if she wants to look for work in this industry considering how difficult it is to find a secure job and a fixed salary. She’s also interested in fine art and painting, and is thinking of moving into graphic design or illustration.

Camila and Vania came to London in 2005, six months after Camila’s older daughter Carolina moved here. Carolina now works as an office manager at a financial investment company in the West End.

Vania was born and raised in Brazil, but her great grandparents were from Germany and Poland and her mother’s family is Italian. Carolina’s father is also Italian, and the three of them have Brazilian and Italian passports, but no British passports yet. And even though Vania has been away from home for 15 years, she can’t see herself ever returning to Brazil. Like many other immigrants, Camila doesn’t feel quite Brazilian but not quite British either.

Camila: I am kind of in the middle. I don’t really belong to either country.

Carolina: When you compare us to other Brazilians, we are not like them. We are more Londoners, yes. We wouldn’t say we are British because we don’t have British citizenship.

Vania: My friends say to me, “How can you be Brazilian? You don’t like samba, you don’t like football, you don’t like carnival.” I have never been a football fan, never. I think it’s because I grew up with my father, brother and sister and no one was a lover of football. My father use to listen to the radio very quietly in the corner and that’s it.

Other families from Italy are the Hrela Family, the Cardana & Villasenor Family, the Paradis & Mori family and the Awad, Scarpa & Ibrahim Family.