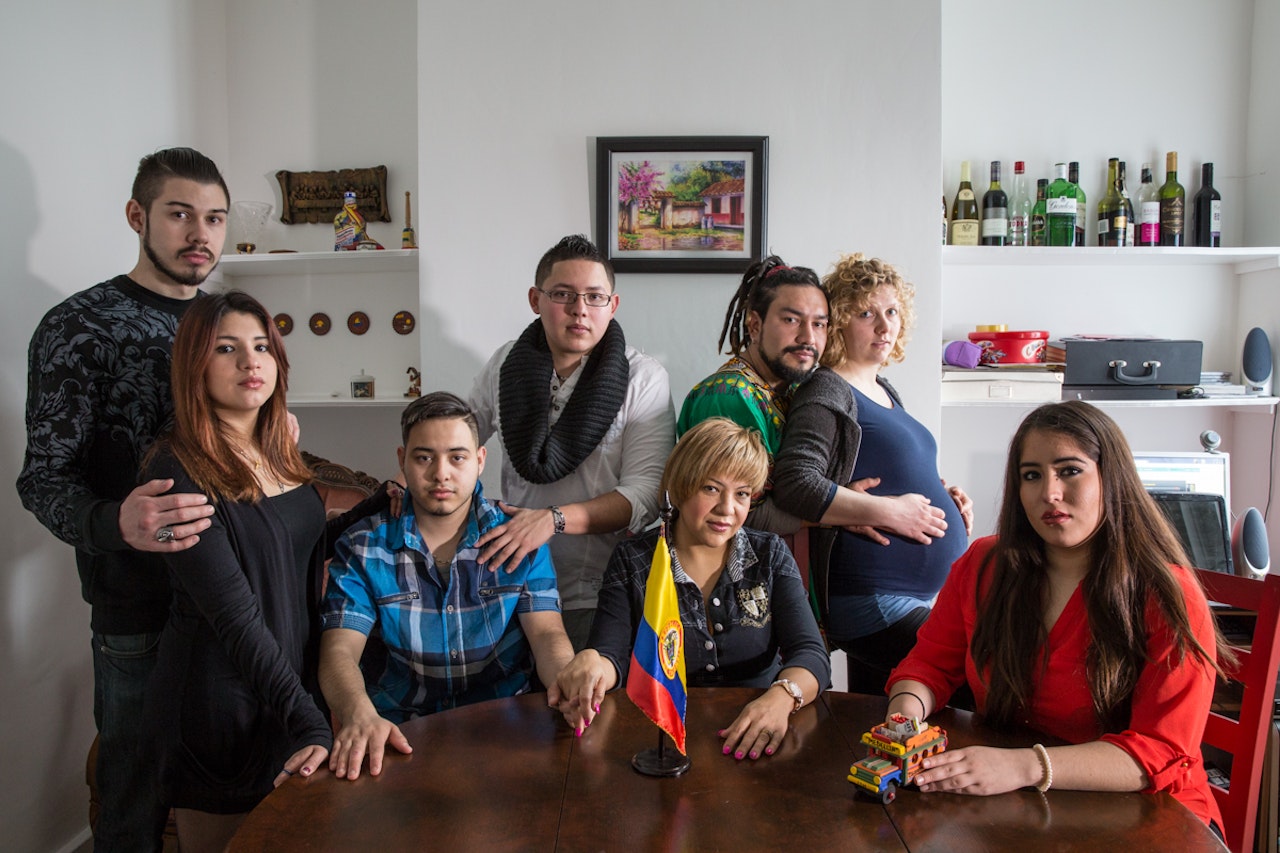 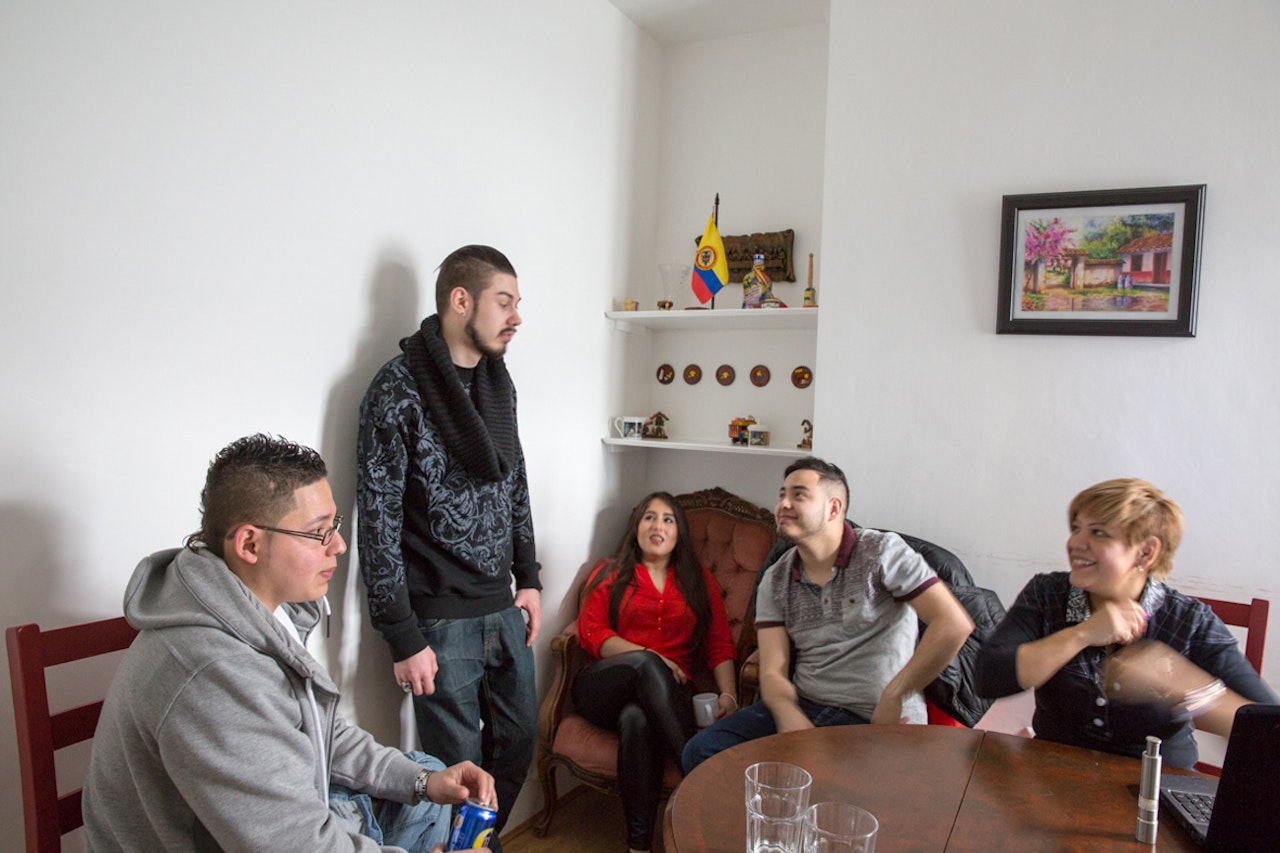 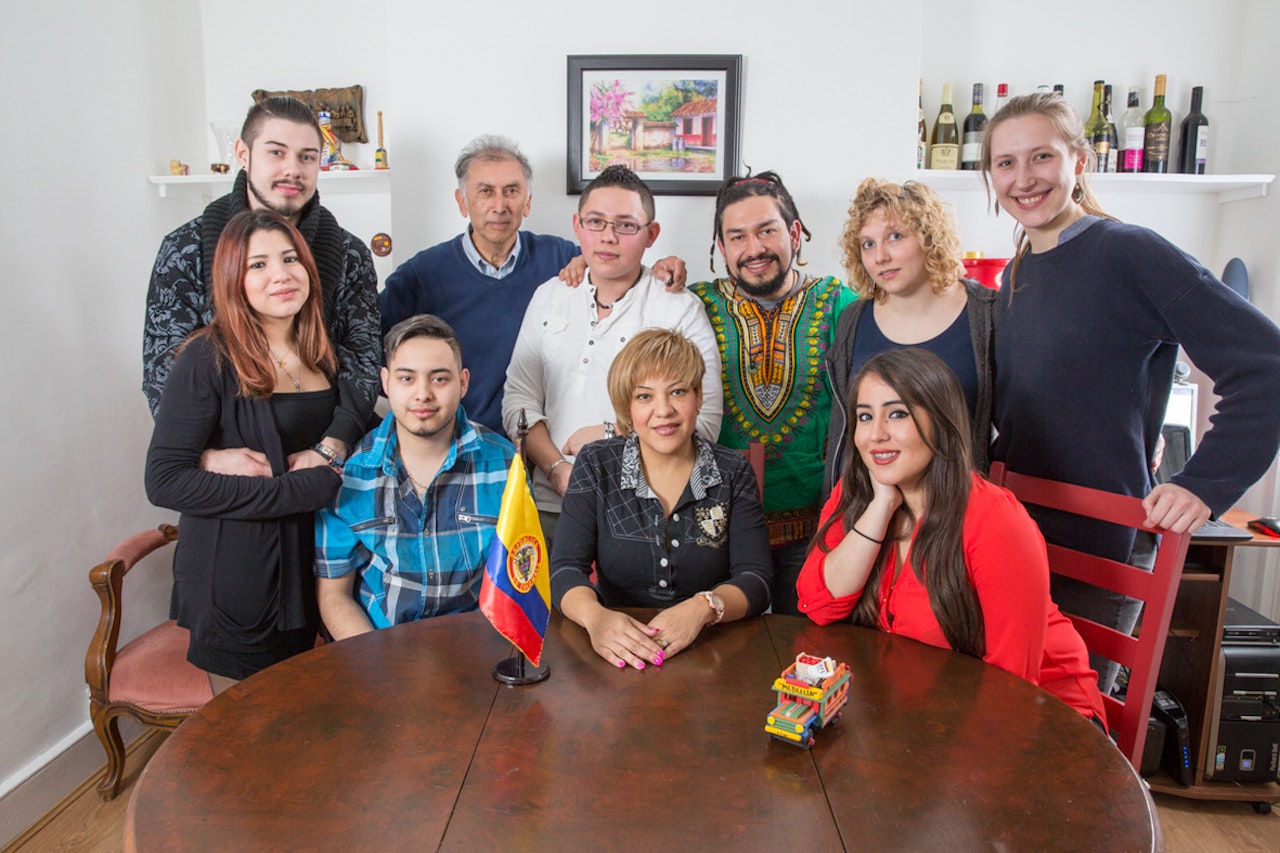 Lina Maria lived in London illegally for the first few years while she worked as a cleaner and in restaurants. The constant worry about being caught by the police and being so far away from her family made life quite depressing at first. But soon she was joined by her brother and later on her children and eventually she got the relevant documents to stay. Then things changed.

Andres: Before we were thinking that we could be kicked out at any time. Then when you get to be recognised as legal per se, you find that there is another life here that you can actually live. And you get extra time to enjoy yourself to become what you want to be.

Andres says the dire economic situation and the warfare in Colombia is tearing families apart as millions are forced to emigrate. Lina didn’t see Sebastian for 12 years after leaving him in Colombia when he was six years old. When they were finally reunited in London in 2008 it was “weird,” Sebastian recalls. “A mix of feelings, it’s hard to explain.” Lina and Andres saw their mother after nine years when one day she surprised them by showing up in London for Lina’s daughter’s 16th birthday.

The Duque’s parents were handbag designers in Colombia. But things became difficult when the government signed a free commerce treaty, which meant that cheaper goods from the US and other countries flooded the market. Although her parents are still in Colombia and Lina misses them, she is happy in London now that her children are with her.

Andres: I feel London is my home as well. Here, you evolve to be what you want to be. If you go back home, people are far less open-minded, society is still very conservative and there is repression. I love that place – and it has better food and weather – but it still doesn’t have the quality that London has, that openness with people.

They will never forget where they came from, Juan says, but it is important to be grateful for what they have and keep moving ahead in life.