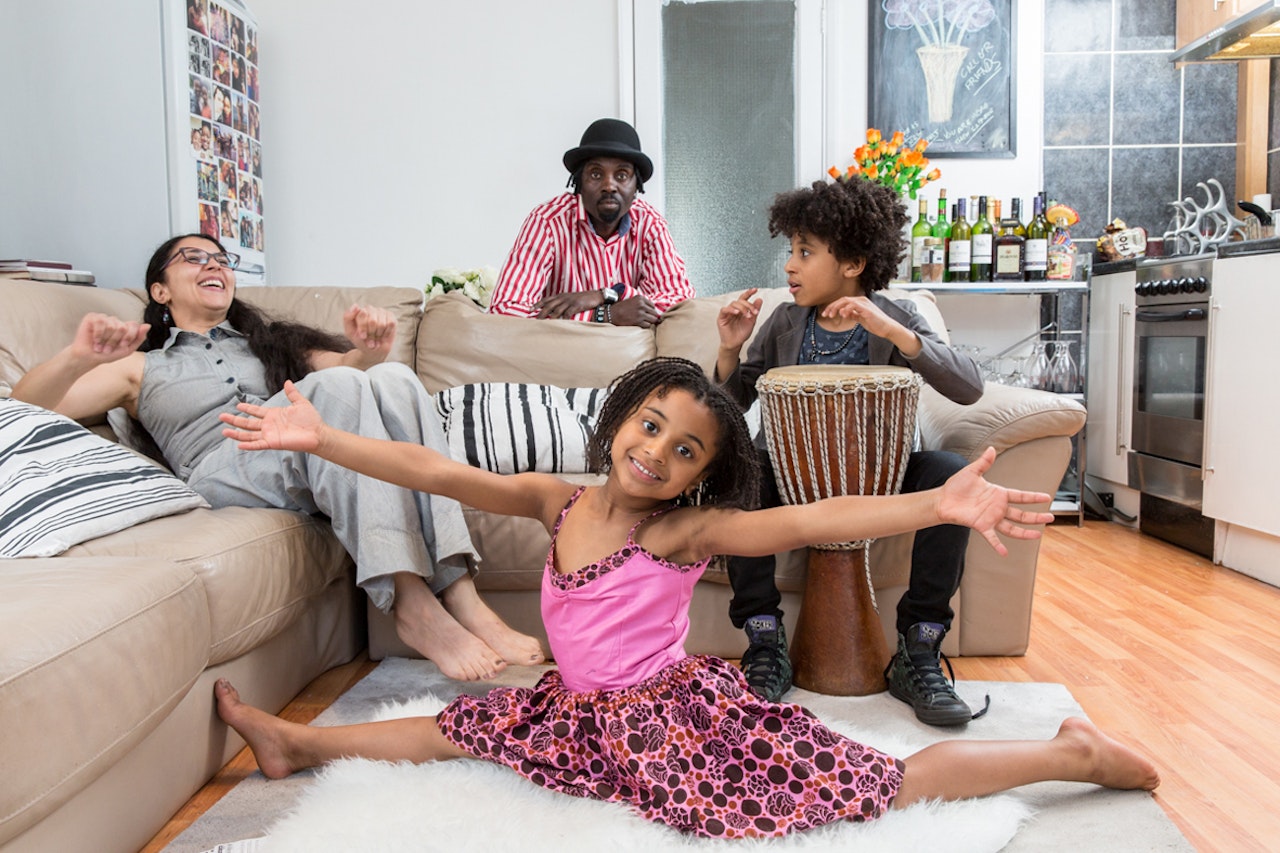 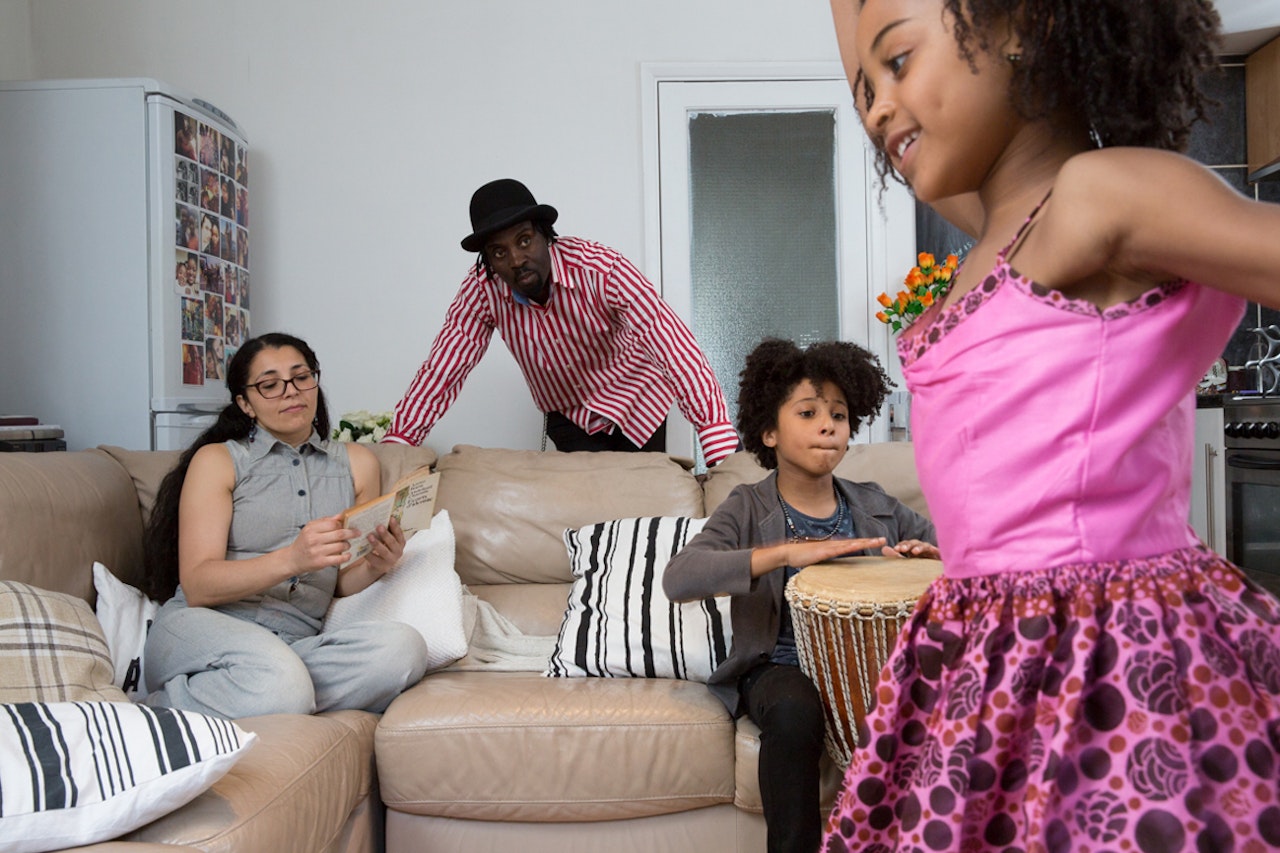 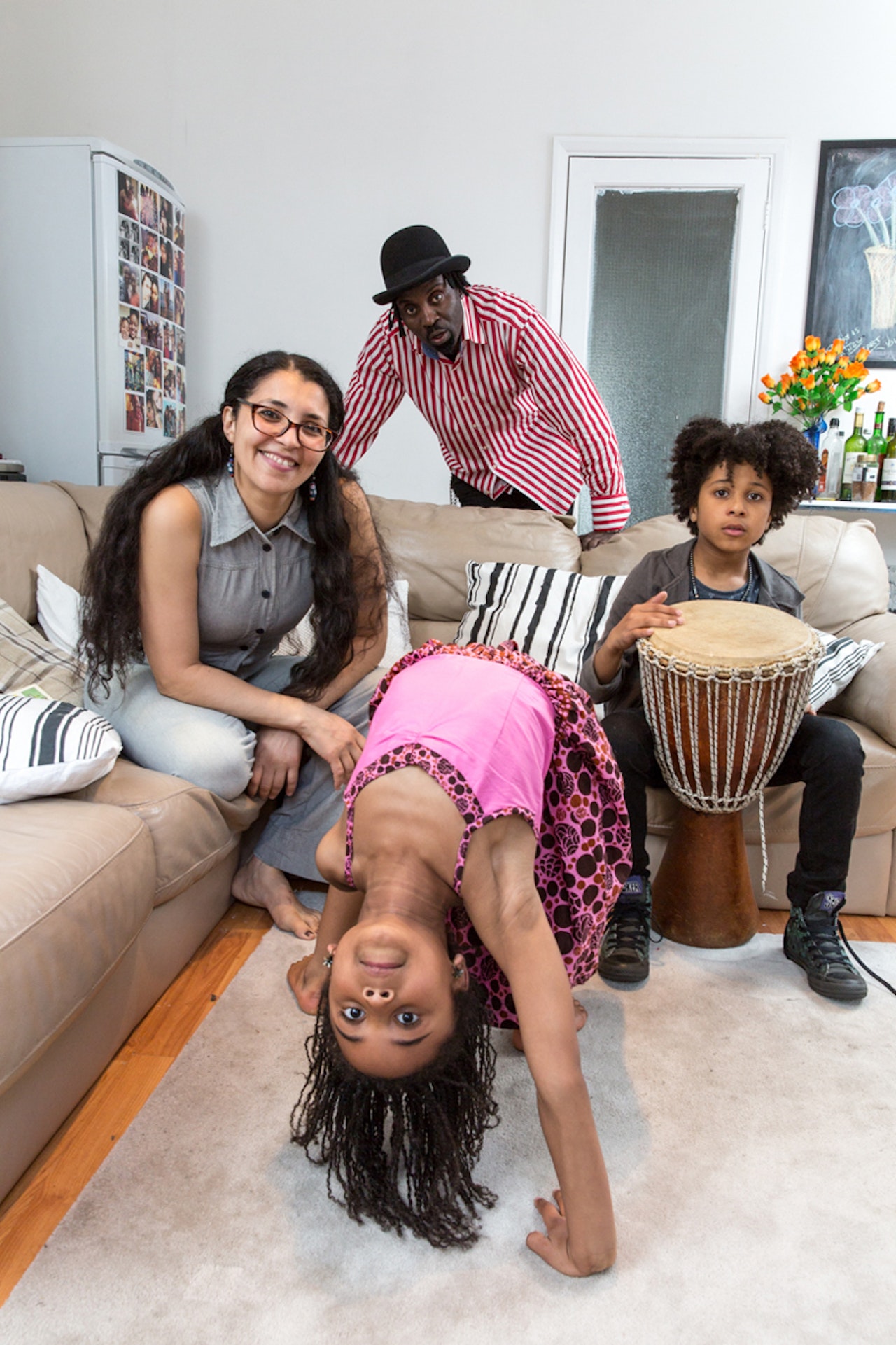 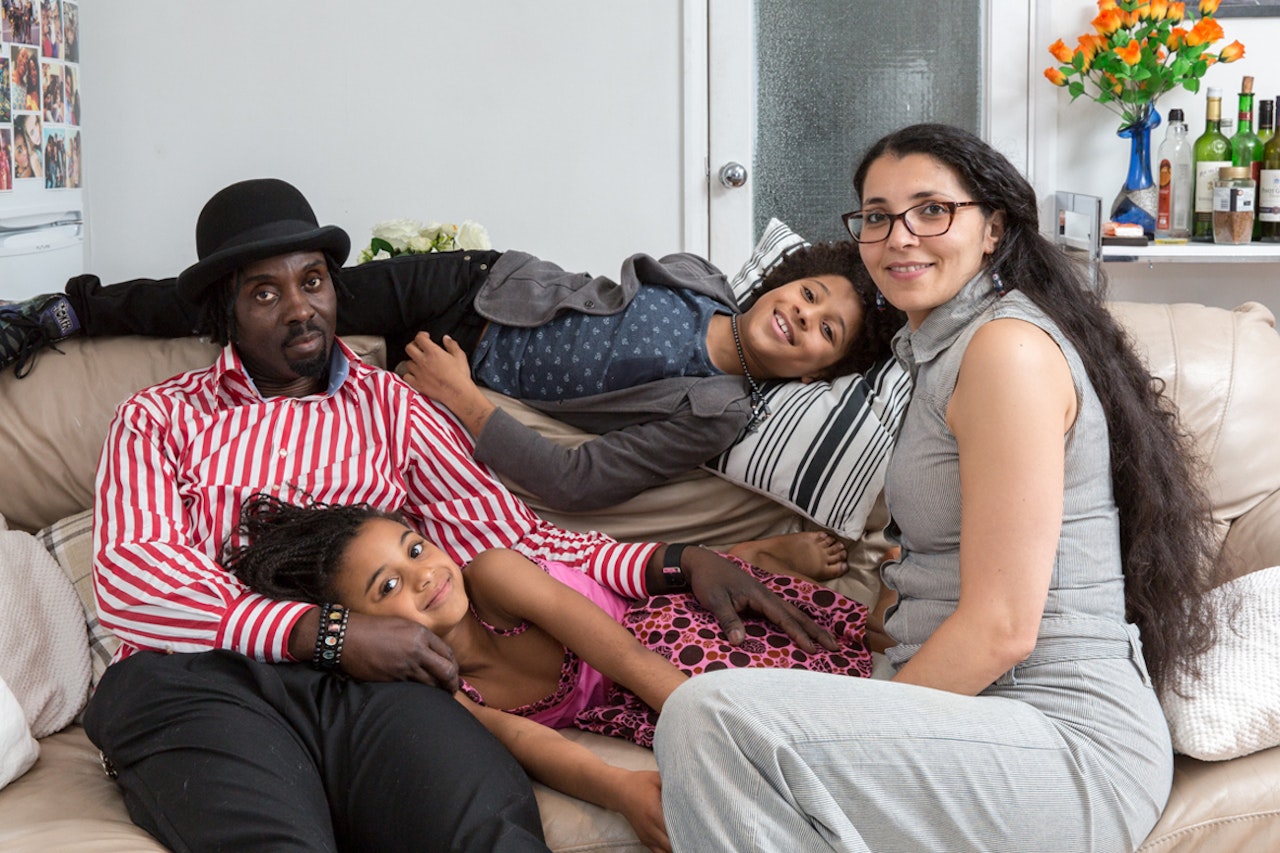 Nickens Nkoso with his partner Sabrina and their children, Adam, 8, and Jasmine, 6.

“There is no Congolese more British than this one,” says Sabrina Nkoso, a teacher for the visually impaired in Newham, about her husband, Nickens. “He’s traveled in Europe, Belgium, France, Italy, but England is his spiritual home.” Nickens, a musician and Chelsea football supporter, agrees.

Nickens: When I do music, I travel a lot – all over the UK. We’re having fun. I play with Congolese and Kenyan musicians.

Sabrina: He loves it here, he can’t leave.

Nickens, who is originally from Kinshasa, Congo, arrived in London in 1992, by way of Belgium. He says he’s still Congolese but can see himself “as a Londoner in a way”.

He met his wife Sabrina at a refugee culture festival by the OXO Tower in London where he was performing. They now have two children: Adam, who is an aspiring aerodynamicist, and Jasmine.

Sabrina is as enthralled with England as her husband, saying it “ticked all the boxes” when she first lived in Lancashire as an Erasmus student from Marseille in France.

“I spent a year in Preston first of all,” she says. “I really liked the feel of England and the way they related to ethnic minorities. Wherever I go I will be an ethnic minority anyway, and I really like the feeling that you can be yourself here.”

So for her first year of work she knew she wanted to return, but this time to London.

Sabrina: There was also a raving scene at the time. Techno was coming up and I came for the raving parties and the DJs. That’s exactly why I came here, for the parties. I said we might as well associate work with pleasure.

Adam: This town isn’t for parties, it’s for work!

Sabrina: It is, but there’s a lot of parties going on around here, you will see.

By comparison, Sabrina, whose parents are Algerian, describes her hometown in France as “pretty boring”.

“I must say I suffered with the climate,” she says. “The amount of sunlight is what I was lacking the most. I have learnt now that when there is sun, go to the park! Straight away, stop everything and go to the park!”