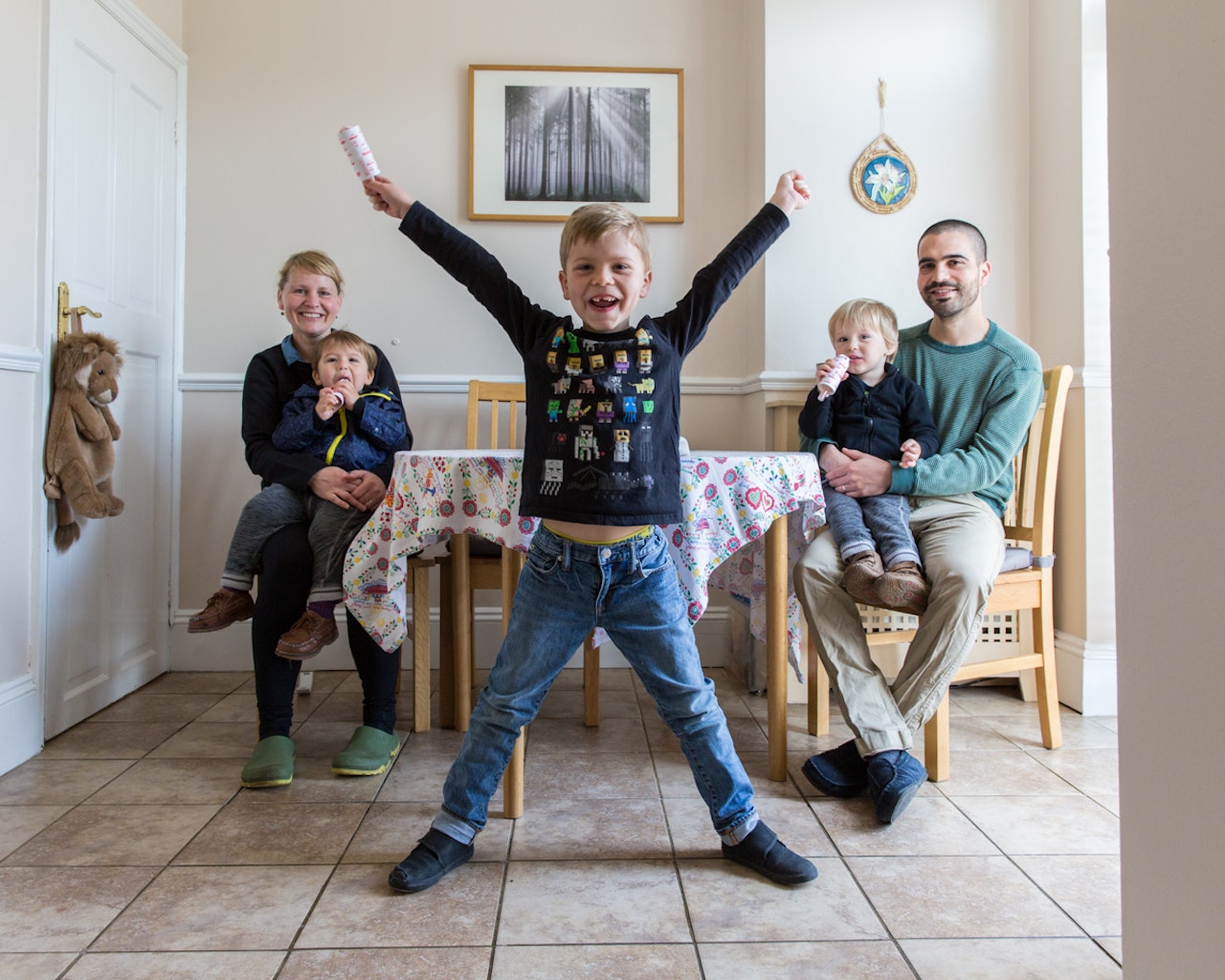 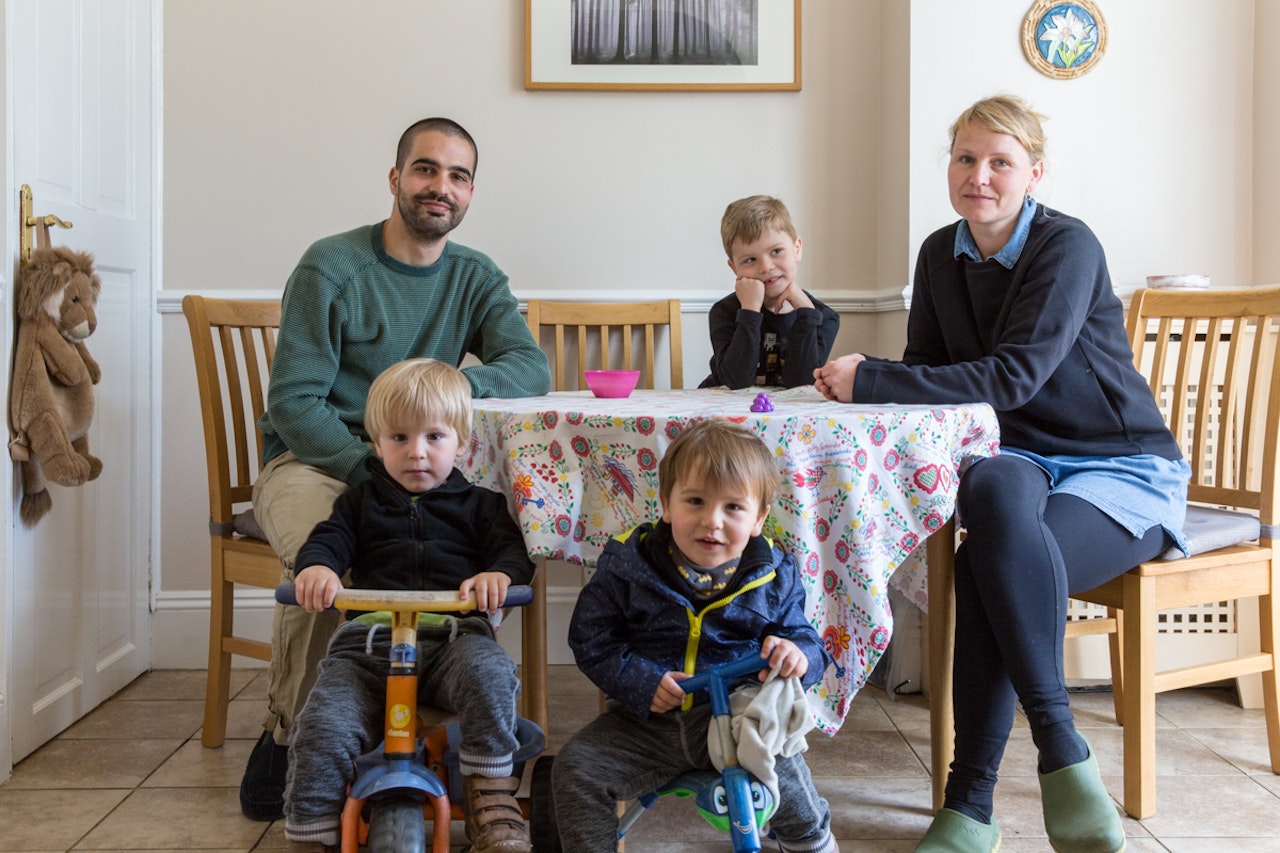 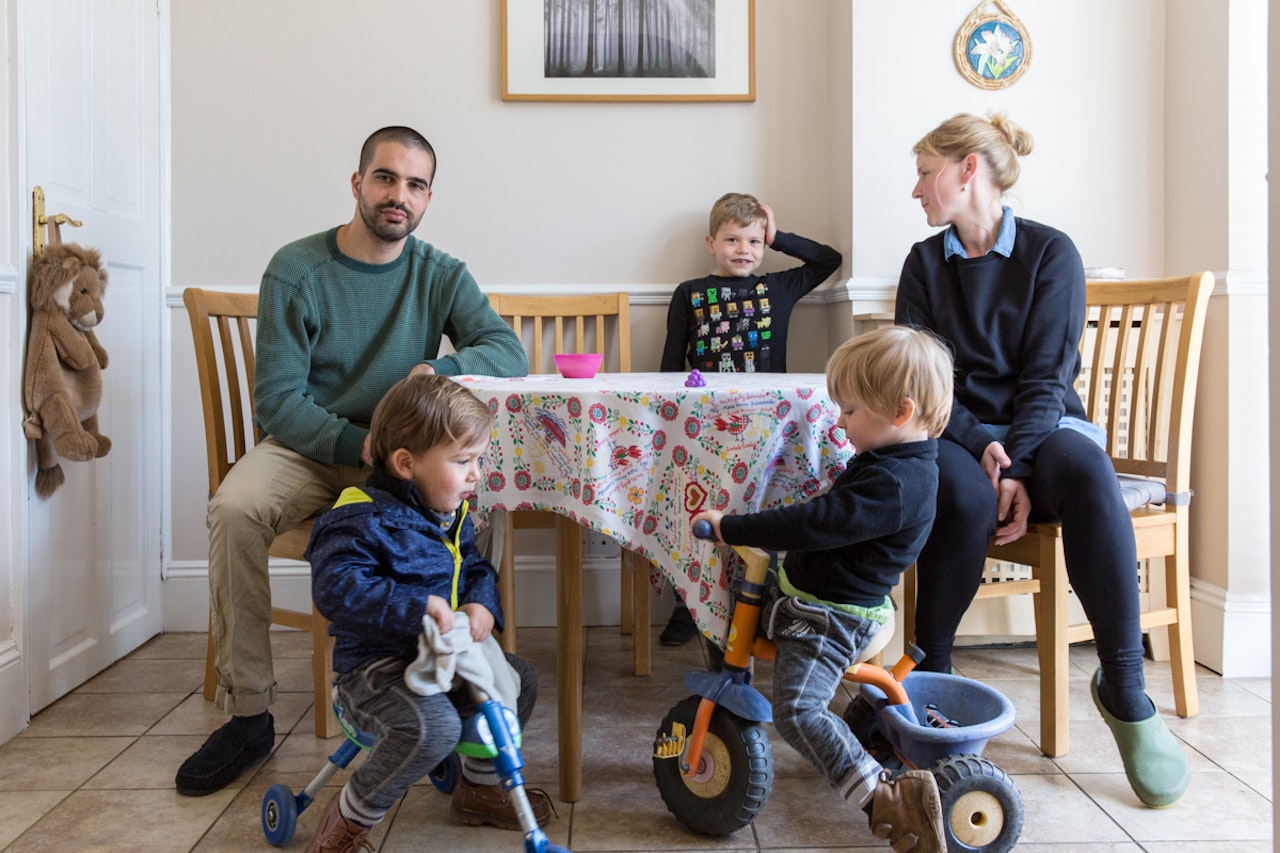 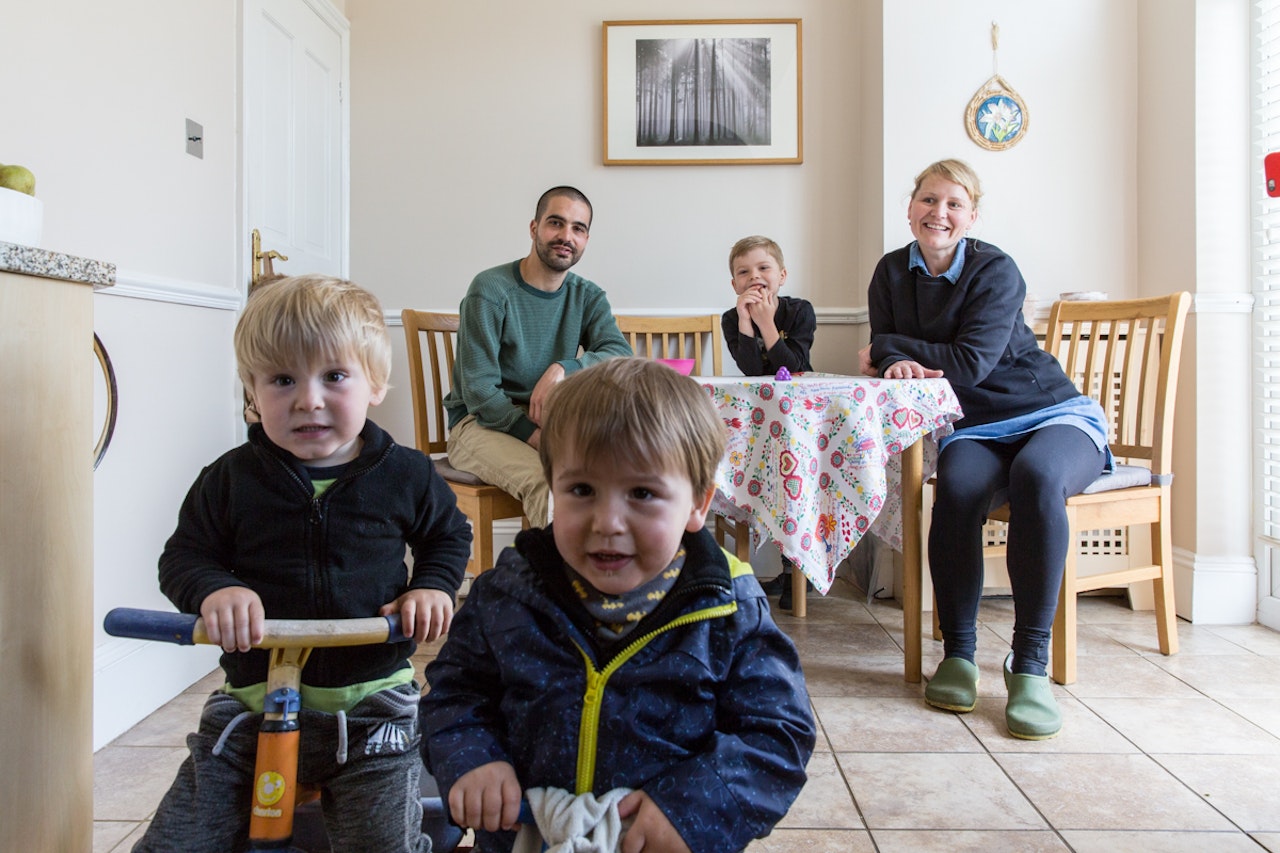 Luis Diego with his wife Marcela Skoupilova, and their children Luis Diego (jr) 7, and twins Filippo and Rafael, 3.

Luis Diego is a chef who has worked for Jamie Oliver for four years now. He initially came to the UK from Costa Rica to study Computer Science. But he changed his mind when he realised he was more interested in the part-time work he was doing at a restaurant while studying for his degree and decided to become a chef instead. He had no skills when he started but picked them up along the way.

He met Marcela Skoupilova soon after. Marcela, who is from the Czech Republic, came to London in 2004. With a background in special needs education she became an assistant nanny and now teaches at a Montessori.

Both Luis and Marcela are the only ones from their families to have settled abroad. But this wasn’t unexpected for Marcela.

Marcela: I used to travel a lot when I was younger and I think my parents were thinking that when I finish university I’d probably go live somewhere else. Because I have sort of travelling shoes. I love meeting people from other cultures, but I never thought I was going to settle with a person from a completely different country. That was a surprise, even for me.

After living here for more than a decade, Luis and Marcela both consider themselves to be Londoners more so than British. Luis is especially proud of his knowledge of the city. He knows London very well because he used to walk everywhere when he was studying instead of taking the Underground or the bus, but also because he’s worked in so many different restaurants around London. “Sometimes I guide the English around their own city, you know?”

Luis misses his family a lot and dreams of returning to Costa Rica one day. He and Marcela think they might go back eventually. “Maybe when I retire, I’ll build a house near the beach,” he says.