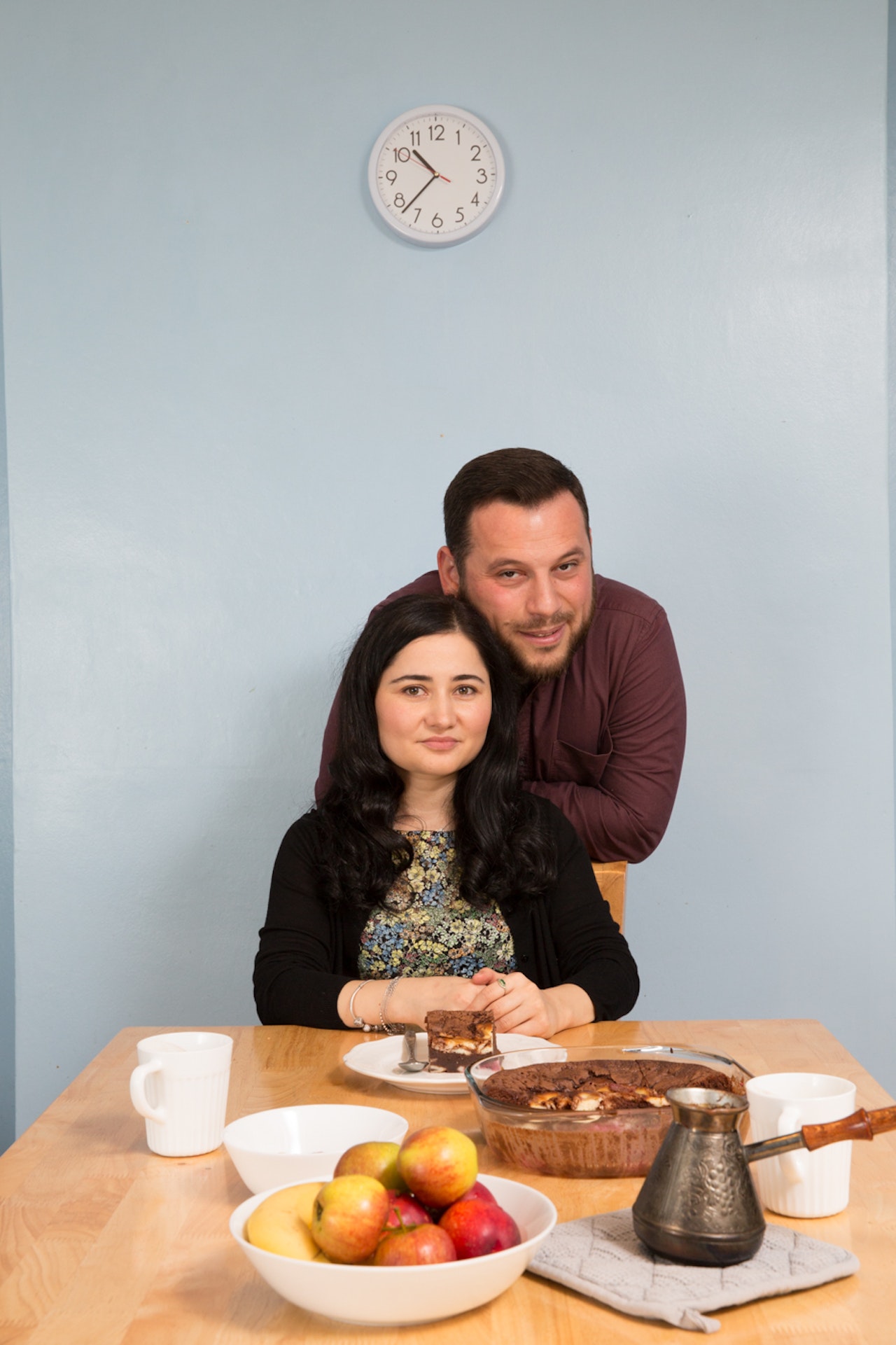 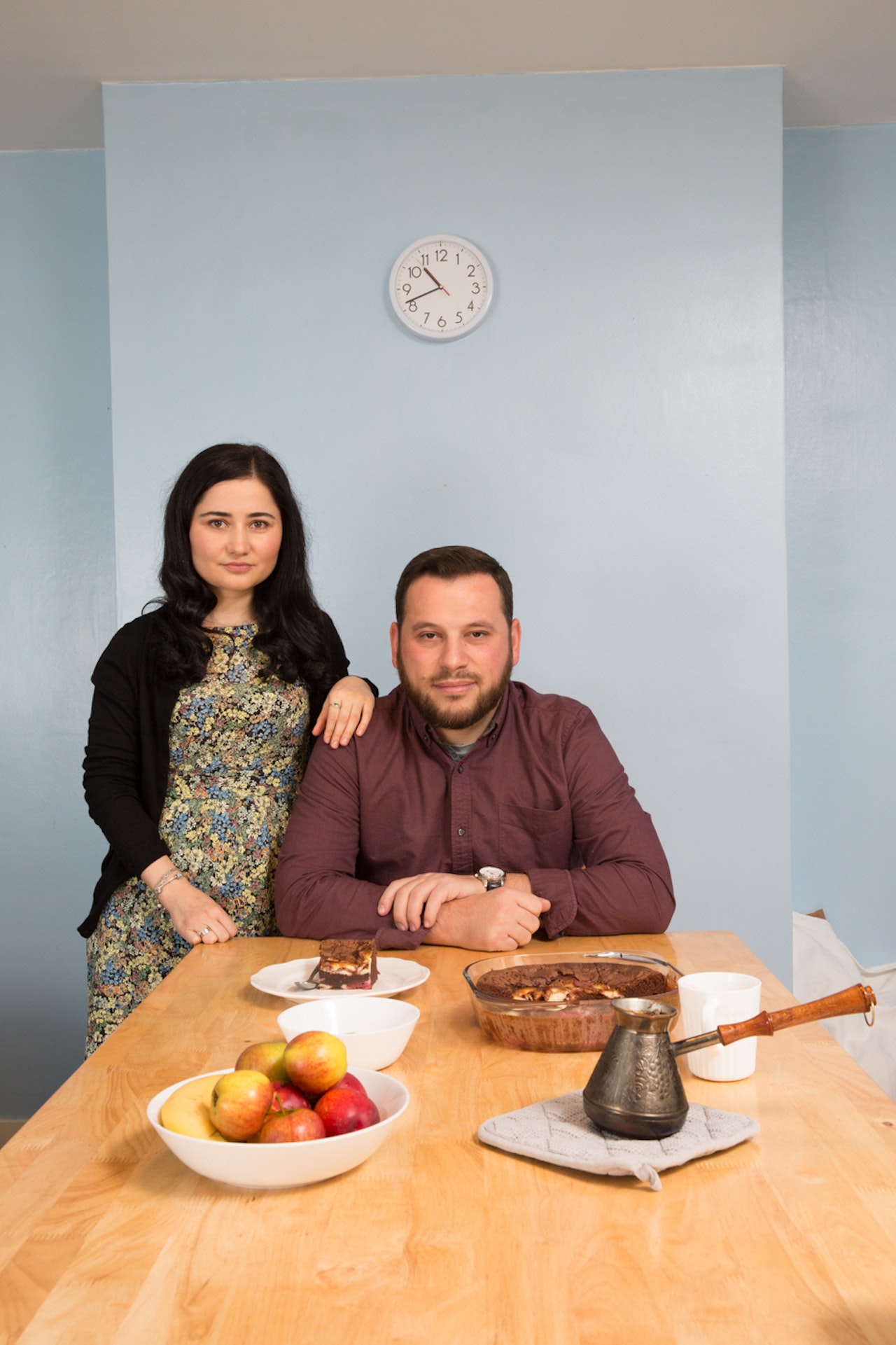 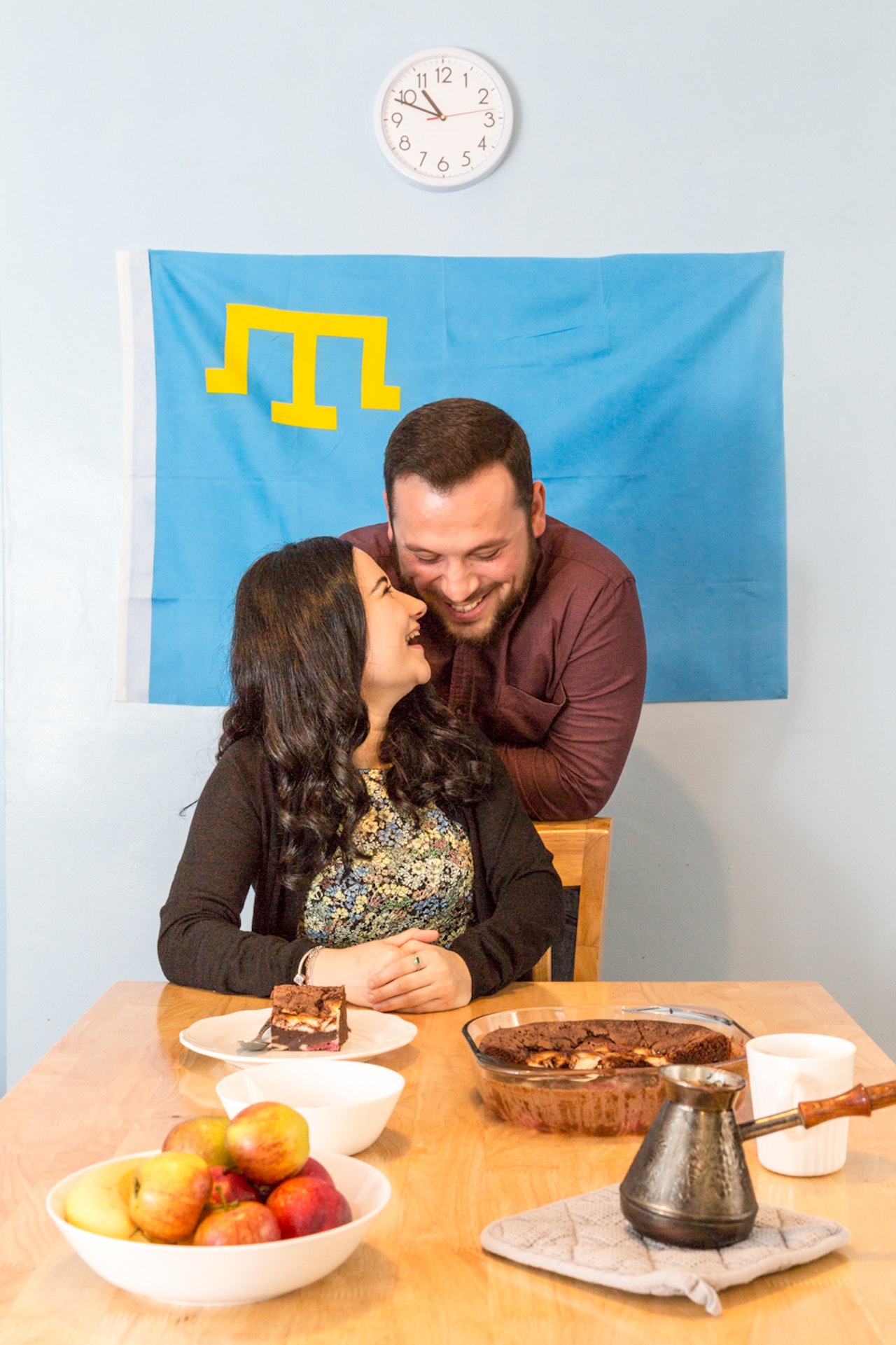 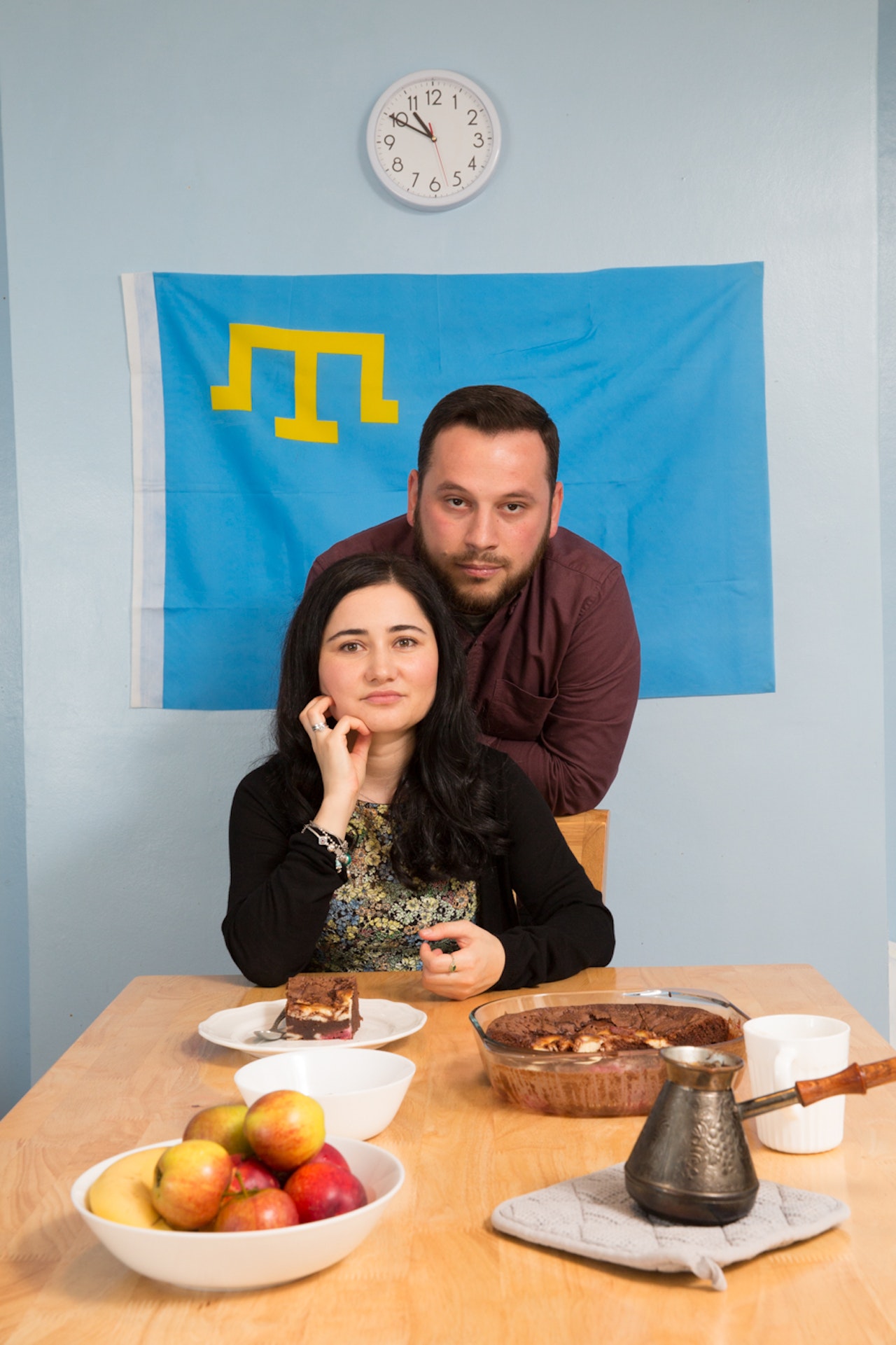 Ruslan Charuh: My grandparents were deported from Crimea with the rest of the nation in 1944 on orders from Joseph Stalin. Further generations – including my own – were born in Uzbekistan.

Leyla: My family was also deported and they moved back to Crimea in the 1970s. I was born in 1988 in Crimea.

Ruslan originally came to the UK in 2002 to study at university, but after graduating he decided to stay. He and Layla met in Crimea in December 2016 after connecting through Facebook. They met up and visited the Crimean village where Ruslan’s granddad was from. At the time Ruslan was already residing in the UK, but after they got married last year, Layla moved over to join him.

Ruslan: When Layla first came over she was more or less a housewife for four months, until she told me how bored she was and asked me if I knew of anything that could get her doing something and keep her busy. I said she needed to go out and meet people, because up until then I was the only person she had connections with. I think it’s important to build up confidence in a new place. Working in Tesco is the perfect place to meet a wide range of people.

In response to Brexit, Ruslan says he doesn’t see it as a huge issue, but doesn’t know exactly how it’s going to affect them yet.

Ruslan: I’m a British citizen now, so in terms of living and staying here it’s not a problem. In terms of how it’s going to affect us as a family – we don’t currently own our own house, so we’re looking forward to the property prices going down so that we can buy our own.

Returning to Crimea, Layla says she often feels nostalgic, but although a part of her would like to be with her family in Crimea, she now considers London home because her husband lives here.

Ruslan: I think it’s more the social connections that Layla misses from back home. The families are quite big over there, and you are very connected with all of them. Almost every weekend you have a birthday, a wedding, etc. Layla would grow tired of going to these every weekend, but since she came to London she says she misses it.

Having been in London for 16 years, Ruslan also views the city as home, despite the fact his parents still live in Uzbekistan and his two sisters live in Crimea.

Ruslan: It has been a tradition for me to go to Crimea at least once a year. I have quite a few friends and connections from Crimea who moved out of the country and we stay in contact through the internet. As a family it’s easier to stay connected than it was when I was on my own. There is a small Crimean Tatar community in London, the majority of whom are descendants of people who had fled Crimea a hundred or more years ago.

Also from Ukraine are the Benchoula Family and the Leigh Family. From Uzbekistan the Dramchini Family.