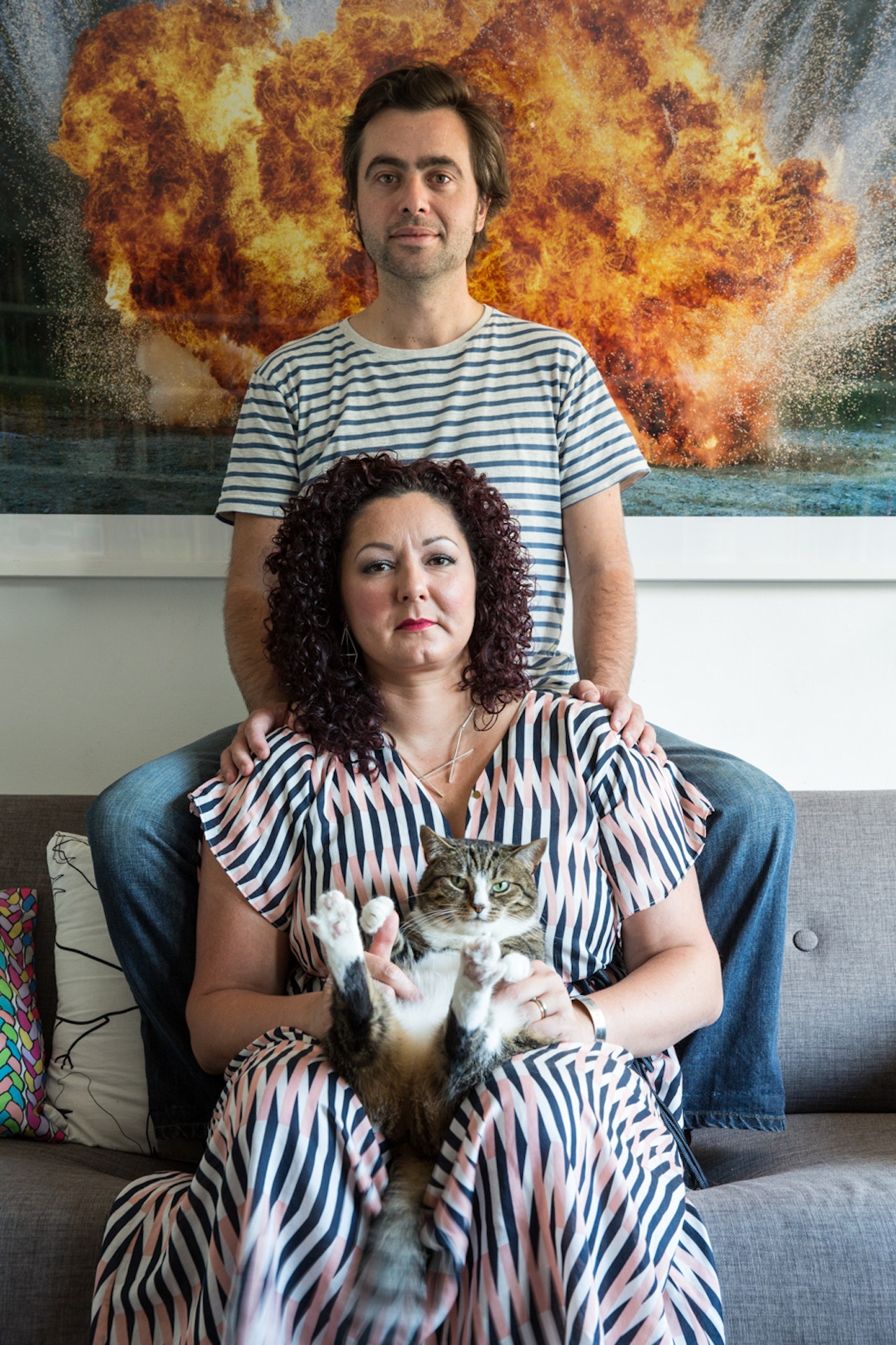 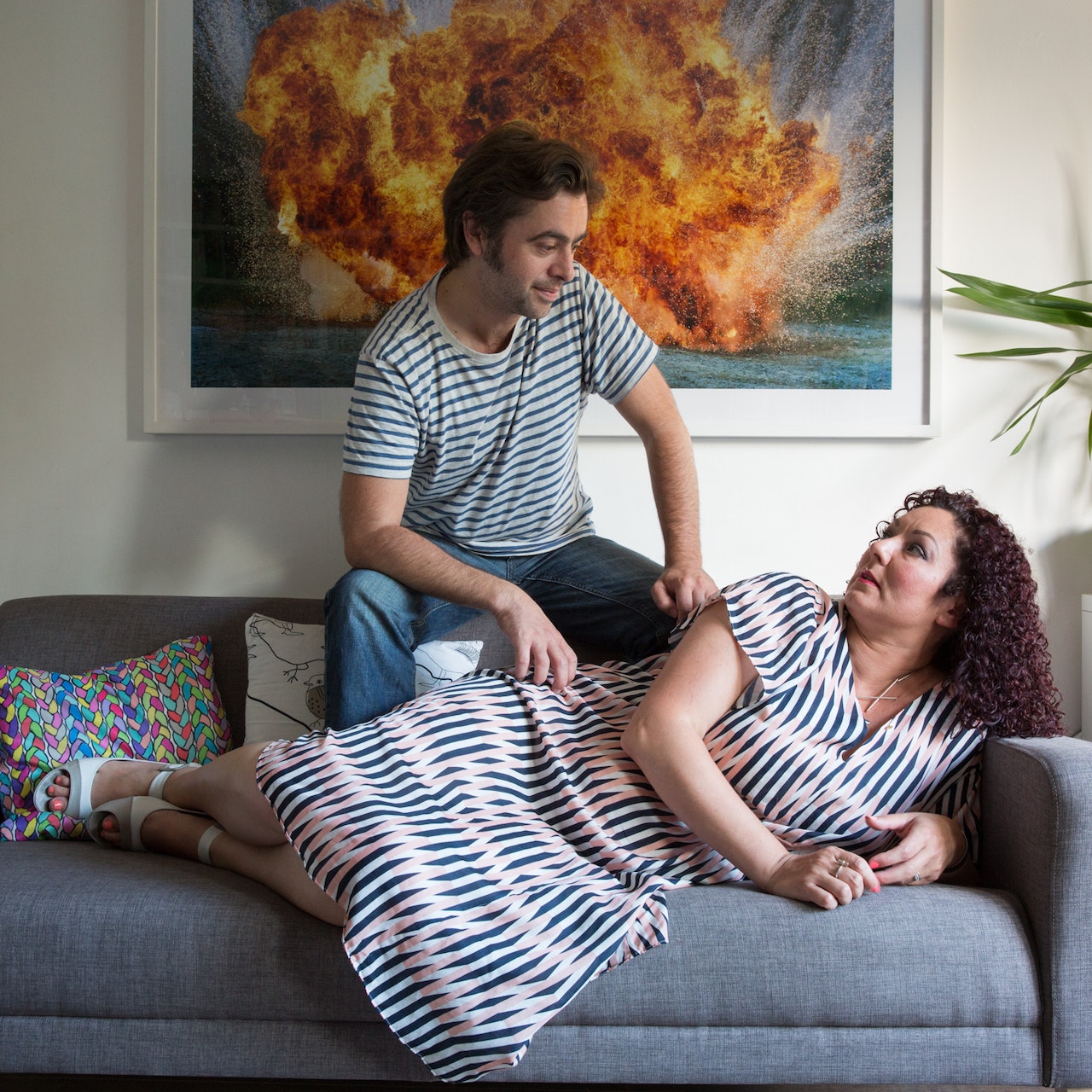 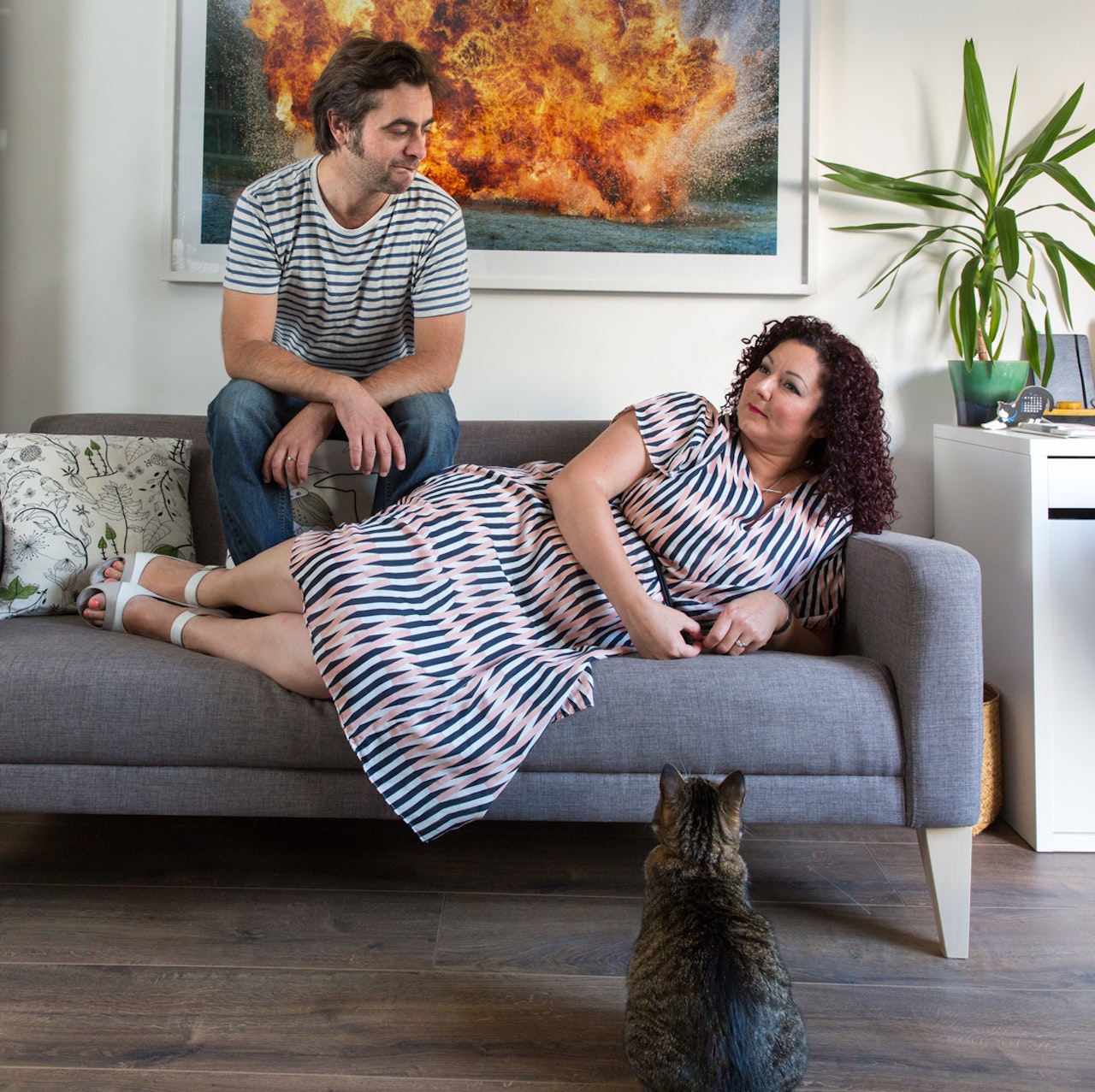 Laura Noble with her husband Mat Barnett and their cat Nova.

Laura Noble’s curly hair has always made her stand out. She gets it from her father’s side of the family, which is Turkish Cypriot and whose roots can be traced to Somalia. Her mother is from Lancashire, where Laura grew up.

Mat: A Turkish fellow at a wedding we were at came up to her...

Laura: Yes, and he knew it was near Nicosia, which is where my father was from. He named the two villages that my family would be from.

Mat: You've got the look. And when you said you were from Manchester, he said, that's where they all go. [laughter]

But Laura doesn’t view herself as Cypriot and has never been to Cyprus either. Her parents are separated and she always avoided going because she didn’t want to upset her mother.

Mat is from Yorkshire and his being a northerner only took on a big significance after he moved to London. In fact, one of the reasons he and Laura chose to live in East London is because they feel it is very northern in many ways compared to other parts of the city. The back-to-back terraced housing and the greater sense of community are two important features. Had they lived anywhere else, “in Hampstead” says Laura, they doubt they would have even known their neighbours: they’ve got Polish neighbours on one side and Jamaican on the other.

Laura: There is a warmth up north that you have to seek out in London. The general public you come into contact with have to make the effort to get a nice response here. Whereas up north people are generally pleasant straight away. You have to work for it in London.

Before moving to London, Laura stayed in Australia for a while but felt uncomfortable in the all-white neighbourhood she was living in. She looked so different that people regularly asked her where she was from. She doesn’t feel that way in London though, because it is assumed that most people are from somewhere else.

Matt: That’s the great thing about London, it's hard to stand out. Everybody looks so different that after a while you start seeing the commonalities rather than the differences. And there is something very comforting about that.

Other families from Turkey are the Yalin Family, the Shamis Family, the Ciba Family, and the Yurt Family.