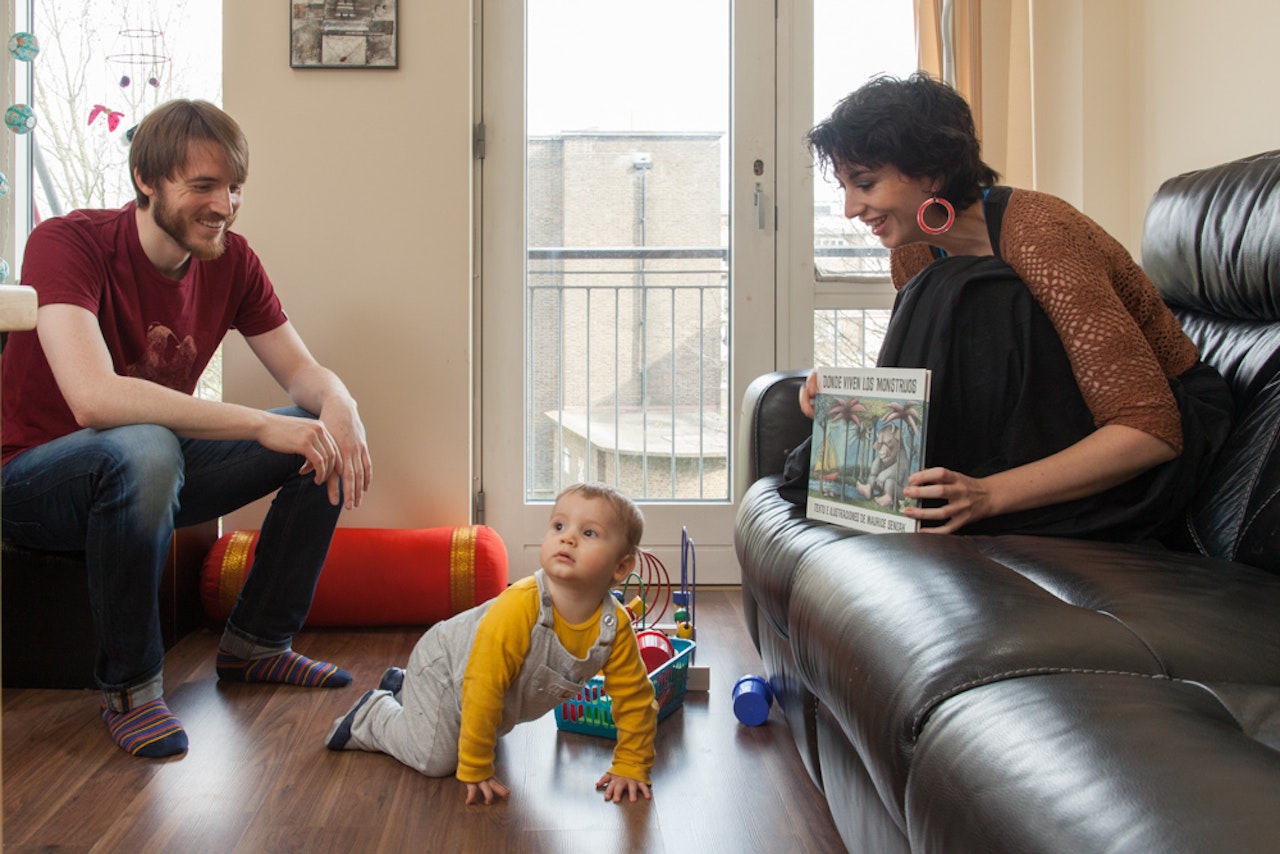 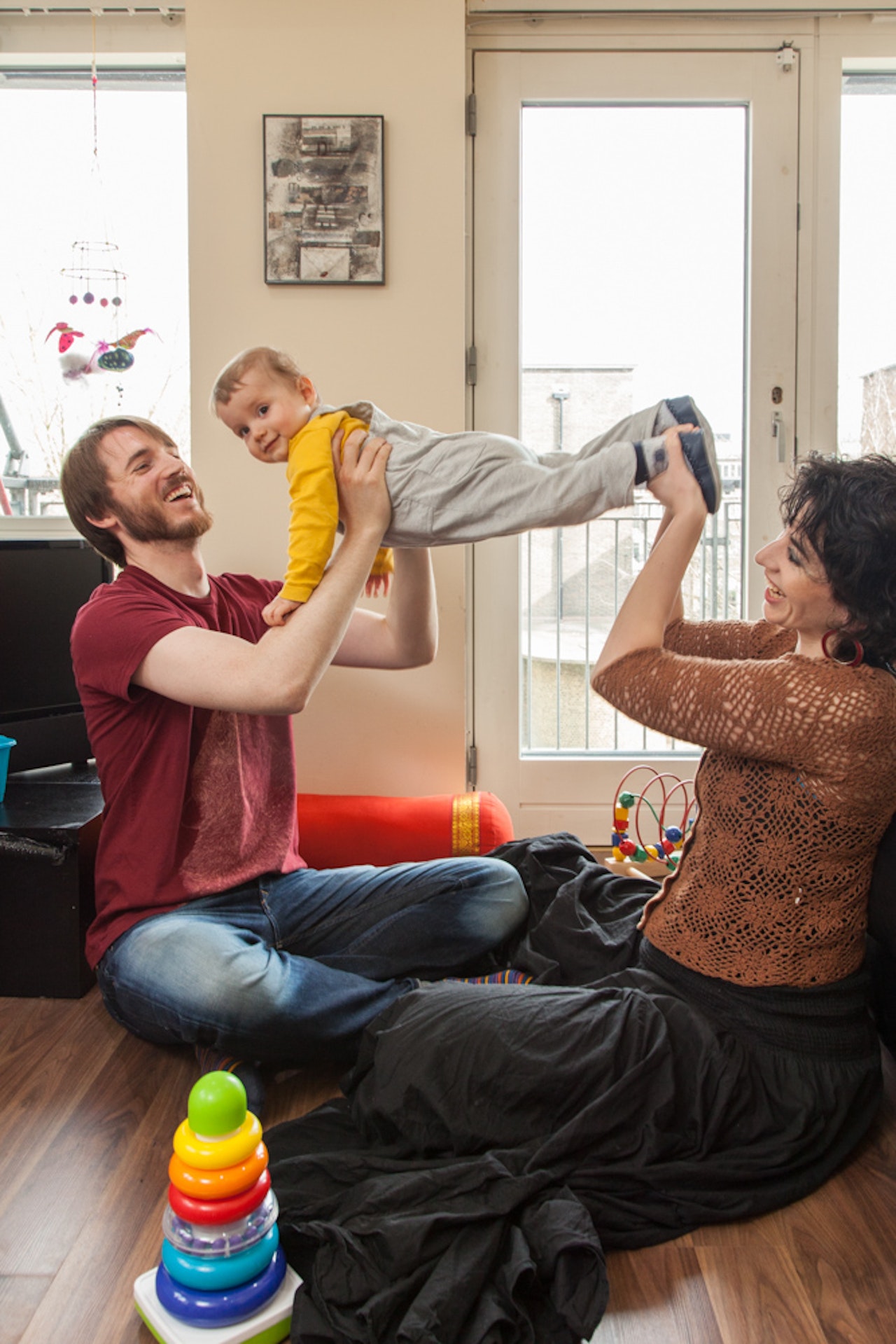 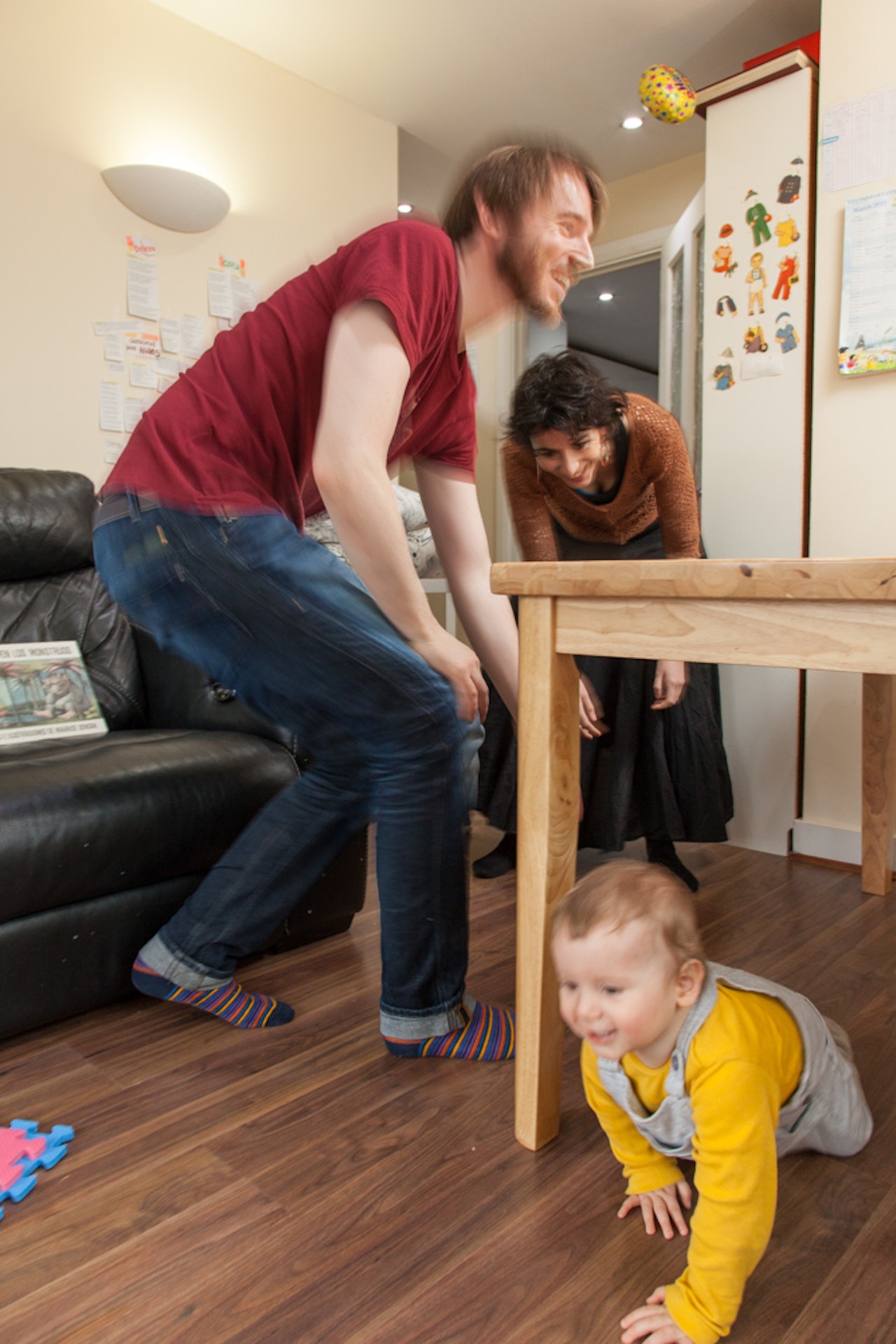 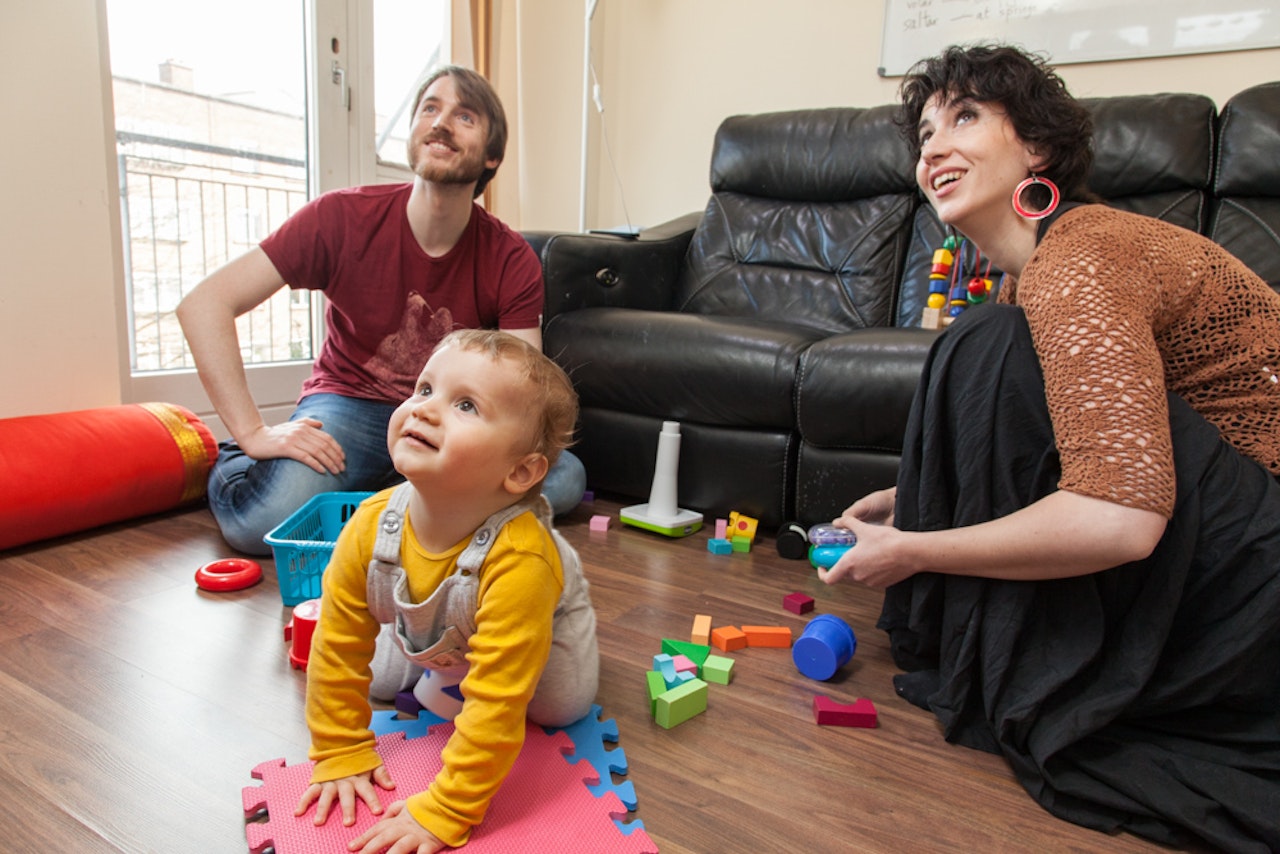 Zo Brinviyer with her husband Søren Haugaard and their son Mateo, aged 11 months.

Zo is from Madrid in Spain and Søren is from Copenhagen in Denmark. They moved to London less than two years ago looking for “a combination of work and the adventure of living somewhere before we’re too established,” Søren says.

He works at the head office of an international insurance company and Zo took a break from university when she found out she was expecting her second child. In Denmark, she used to teach Spanish and drama.

They are unsure about whether they want to settle down in London or perhaps move back to Denmark. One of Søren’s colleague’s advised him not to make long-term plans but to simply take things one day at a time and think only about the near future. So now he and Zo only ask themselves, “Is this the right place for us to be for the next period of time?”

Søren has a good job, they have a nice place to live and, in the future, if there are opportunities elsewhere, they may choose to seek them out. But for now they are very happy in London. The only thing Zo misses about Spain is her mother and how she could help Zo manage two children.

Zo: Our friends are mostly British, and a lot of French, I don’t know why…

Zo: I prefer to meet and engage with people that I like, but not because of the country. Just to look at a person, not at their nationality.

Søren: I have a friend at work who’s Danish. We have our little secret lunches where nobody understands us and we can speak in Danish about our managers and how things are going.

Also from Spain are the the Benedito Family, the Castedo & Salinas Family,  the Nvumba Family, and the Perez & Khan Family.