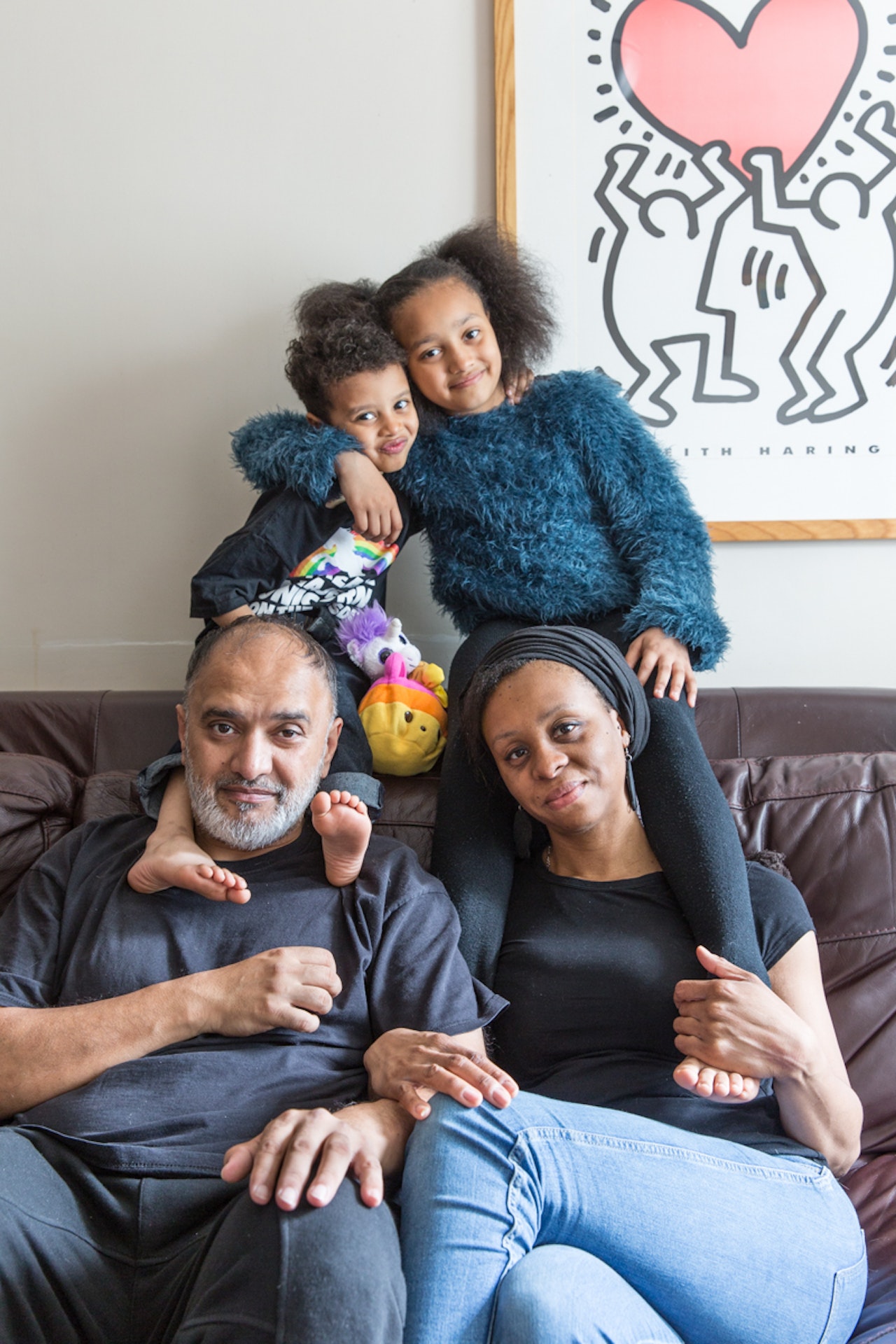 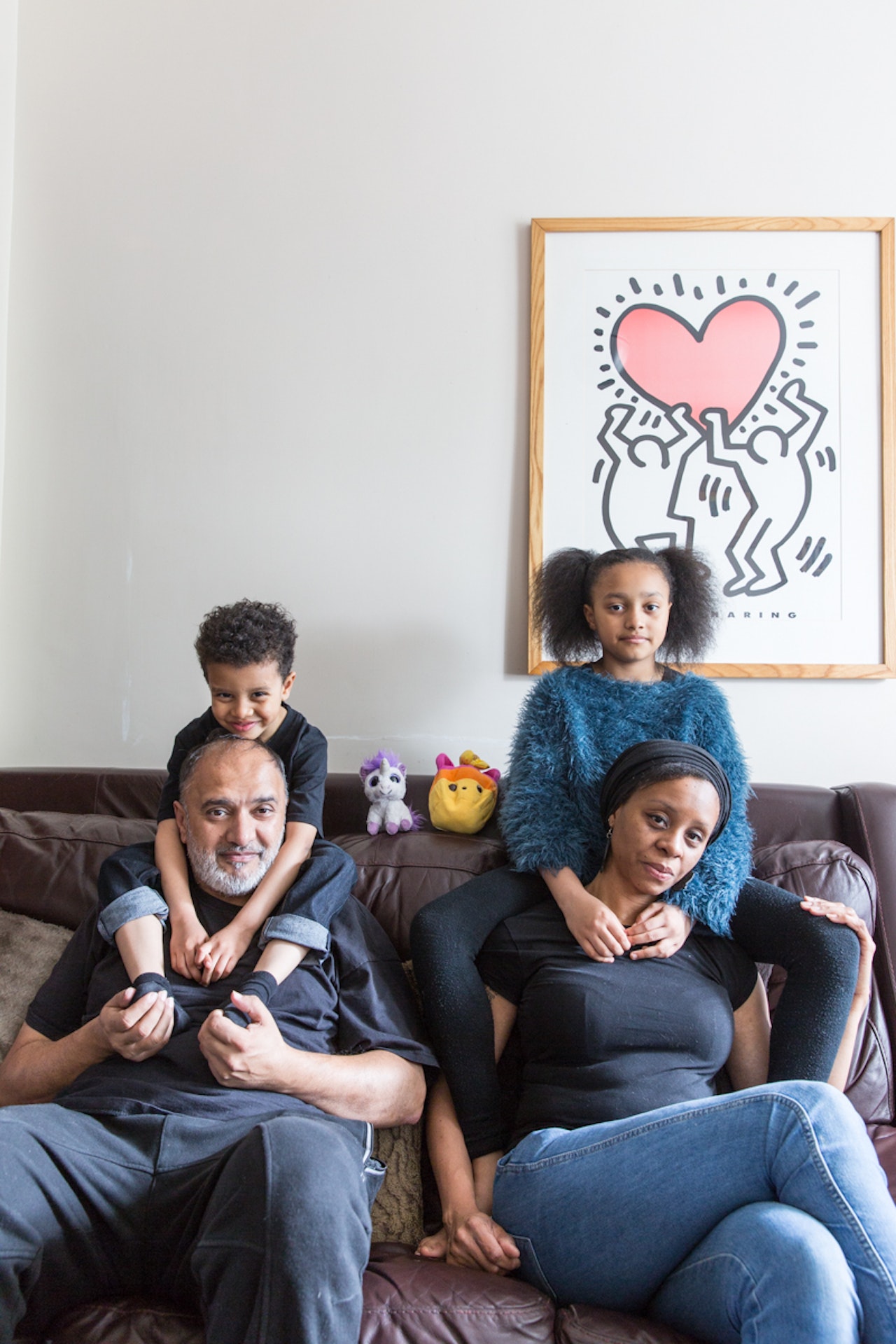 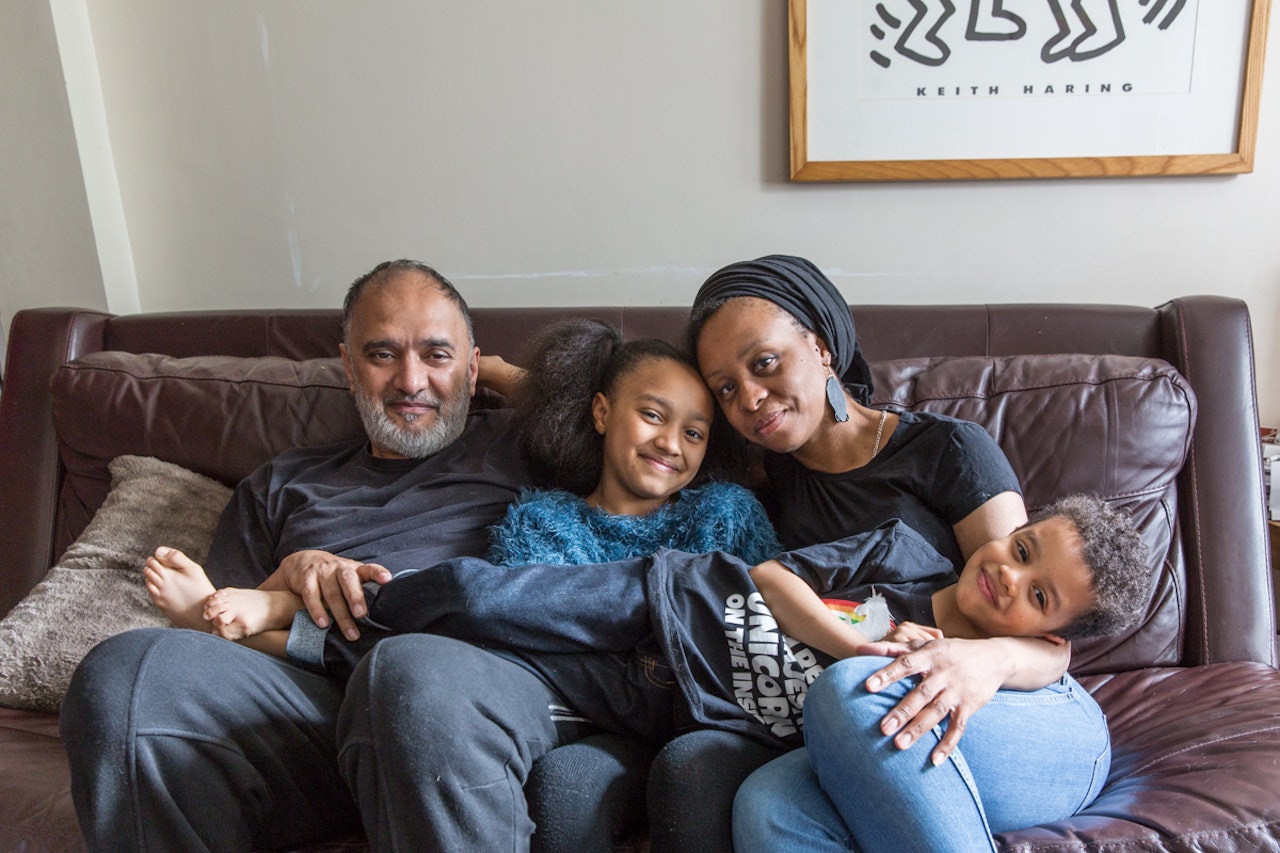 Celina Jones and her husband Shukran Noorgat with their daughter Aaliyah Noorgat, and son Zayn Noorgat.

“I’m British, but when people ask where I’m really from I just say I’m from the Caribbean,” says Celina Jones, whose mother is from Dominica and father is from Grenada. “When you have to tick those boxes to say which ethnicity you most identify with, I usually tick Black-Caribbean or Black-British, or both.”

“My mum was actually born here in England and then went back and lived in Dominica and Trinidad. She came back to England when she was 12. My dad also lived in Trinidad for a while, and he came over here in the early 60s. I was born here, and I’m the youngest of four siblings.”

“I was 12 when I first came to London, and I had never seen so many Asians in my life,” says her husband Shukran Noorgat, who was born in suburban Manchester to Indian parents. His father got a job in London, and the family moved with him.

“It’s gone a full circle where I live now because it’s turned quite ‘trendy’—you have working class and middle class moving into the area. We’ve got coffee shops appearing and Asian shops disappearing. The younger generation are more tolerant than the older one. But I think London is becoming a place where the working class people soon won’t be able to afford to live.”

Shukran had worked in a school for twenty-seven years, though recently retired and now DJs in various London venues.

“Sometimes I go along,” says Celina, “sometimes I carry the records!”

It was in the school system that Shukran met Celina; she now works in a school in Stratford, assisting children with special needs and dealing with child protection issues.

“My parents go back to India every year,” says Shukran. “I haven’t been back since I was very small. The music I play is black music, and people very quickly make assumptions about where I’m from when they see me and Celina together with our kids, Aaliyah and Zayn.”

“I’ve only been to Dominica once, and that was when I was 15, for two months,” Celina recalls. “And I’ve never been to Grenada. I have my family here though, and my cousins visit both countries a lot. I don’t think I’ll ever lose that side of my identity. But then I would say I am a Londoner. Although I wasn’t born in London, I’ve lived here longer than in Bedfordshire, where I grew up.”

Also From Dominica are the Sinclair & Armstrong Family. From Grenada are the Morris Family. Other families from India are the d’Avoine Family, the Cockcroft Family, and the Huynh & Patel Family.