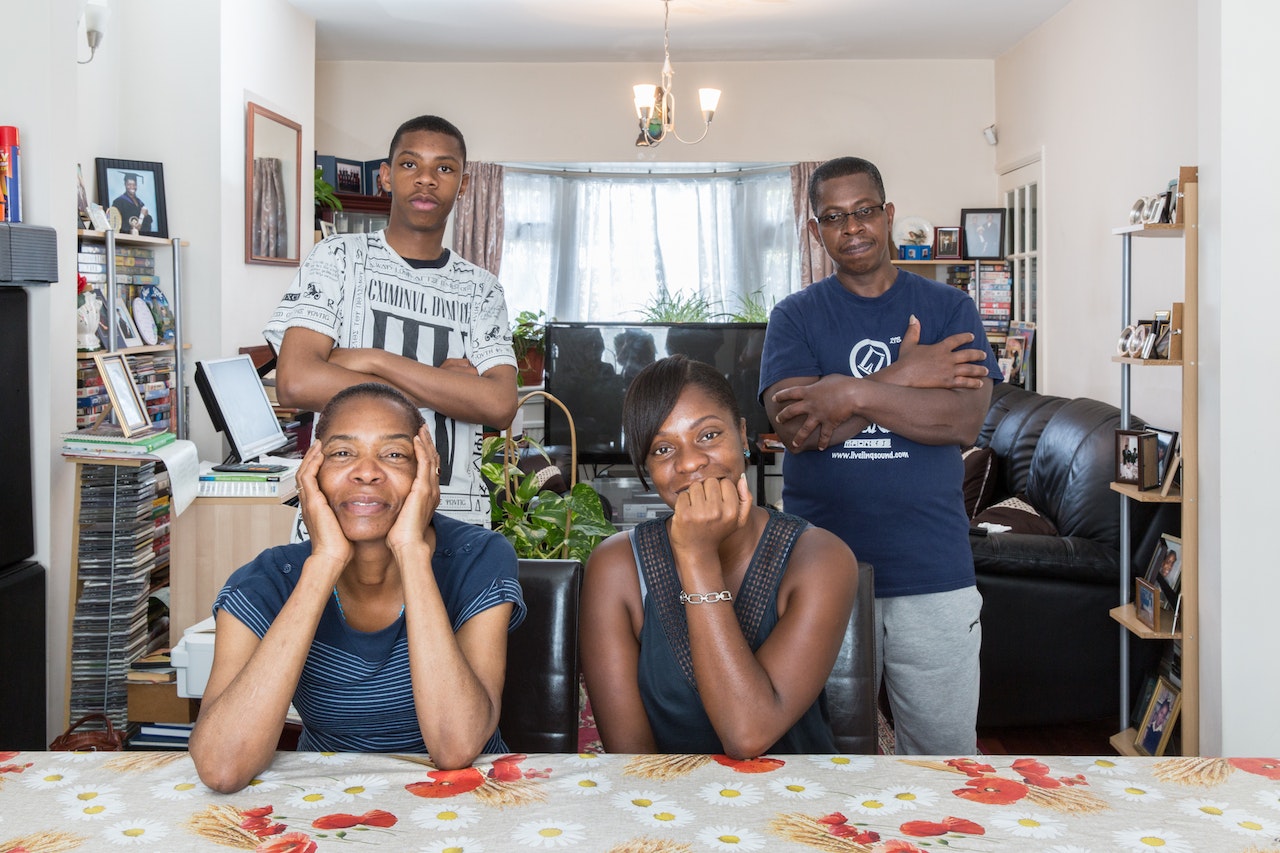 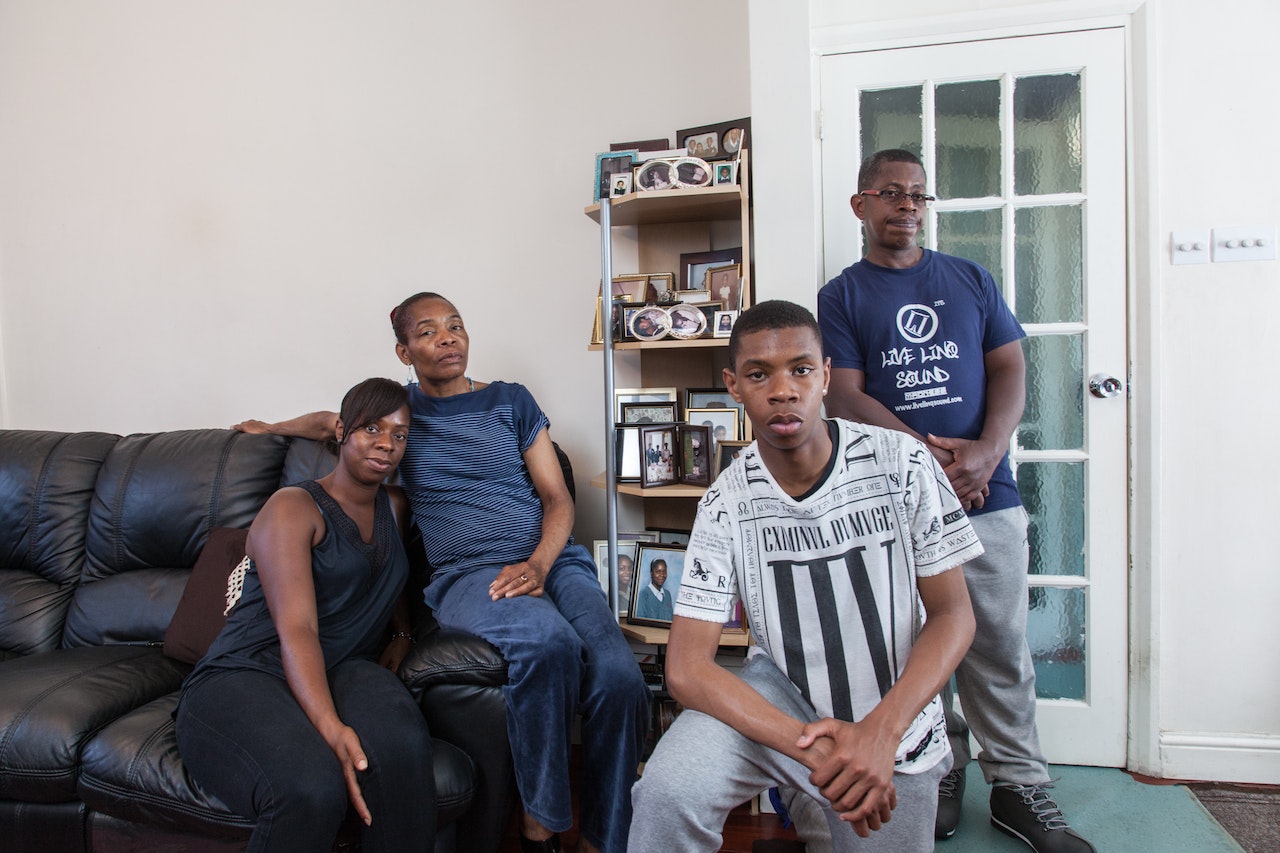 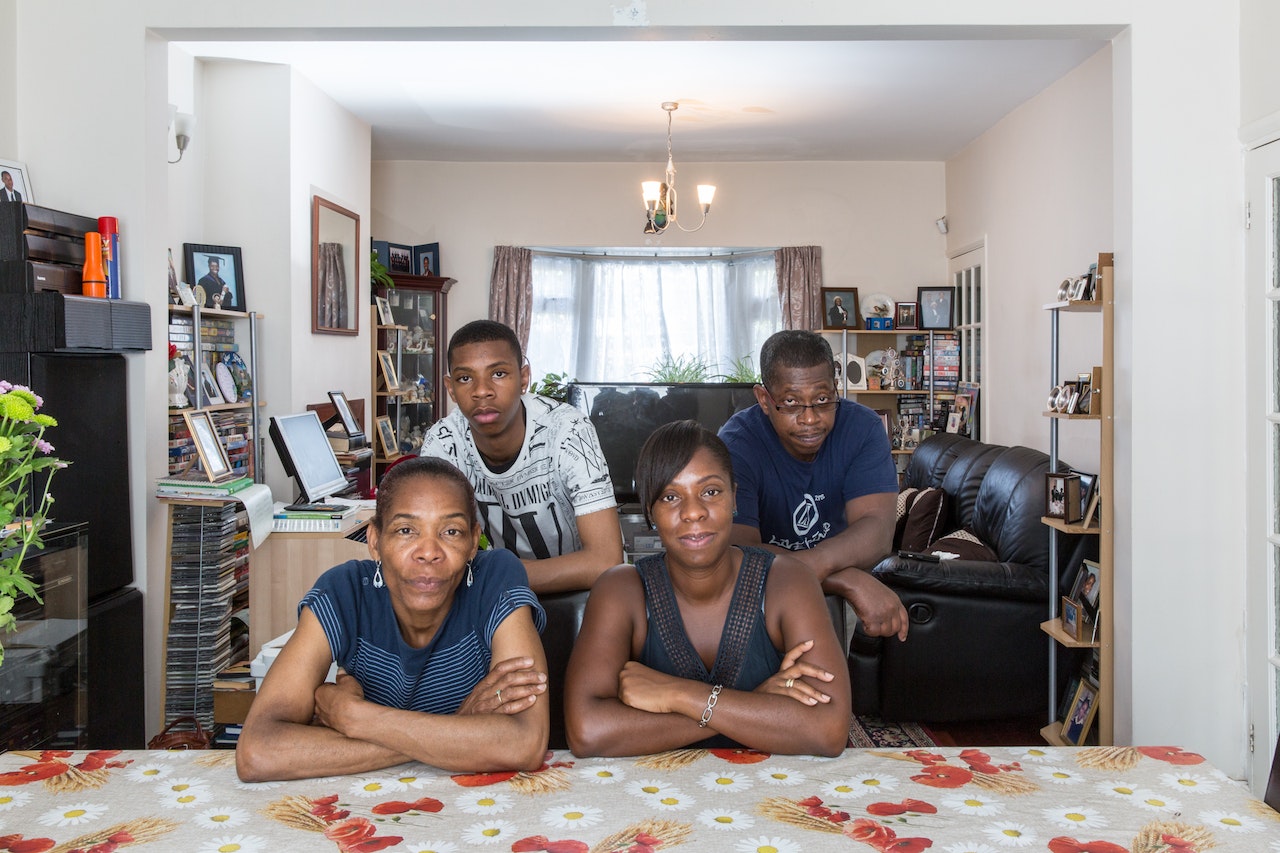 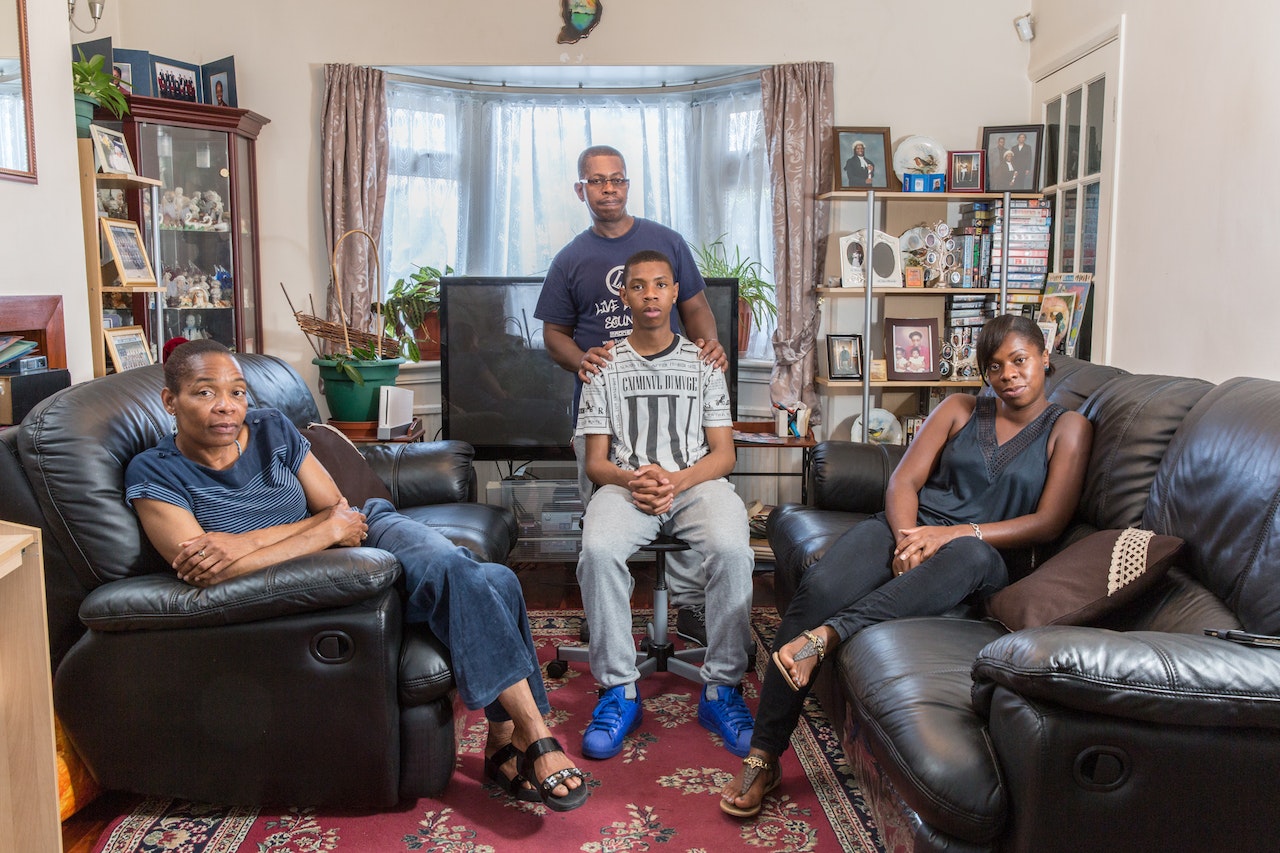 Grantley Morris and his wife Judith with their daughter Natalie and son Dylon. Missing from the photo are their other children Nardine, Neisha and Nelina.

“When I first came to London in 1976, I was put straight back into education,” says Judith Morris, from Grenada. “Then I started doing office work when I was 18.”

Grantley Morris, also from Grenada, came to London the same year that Judith did. “My parents sent for me to come join them as they were already in London,” he says. “I came as a young boy, a 16-year-old. I continued my studies and started working. I went from freelance decorating, painting and building to a site manager job.”

Their families already knew each other in Grenada, as both Grantley and Judith were from the same age group. “We met in my parents’ home, in London, because they had a coach that we took to Notting Hill Carnival,” continues Judith. “That was the first riot that I had ever seen in England.”

“Though I did encounter racial hostility from time to time, it wasn’t nearly as much as my parents had experienced, earlier on,” says Grantley. “When I came the Teddy Boys and National Front were just phasing out. It was still there, but gradually disappearing.”

“I was born here and have a British passport, but I’m trying to get my Grenadian one as well,” says Natalie, who is now a qualified solicitor. “I have been to the country a number of times and worked out there. In all honesty, I guess I feel more like myself over there. I say to people that I was born here by default. I want to move there at some point.”

Dylon is currently in sixth form and is in the process of deciding between a higher apprenticeship and university. Of Grenada, Dylon remembers little: “The last time I was there, I must have been really young. I liked the weather, and the people. I’d like to spend more time in the country to decide on whether to stay here or move there.”

“We return when we can afford it,” says Judith, “Money is tight—a trip is long overdue though. I get a yearning to return to Grenada all the time, especially when I see water,” she laughs. “It reminds me of the sea, the rivers… I would like to retire there.”

Also from Grenada are the Jones & Noorgat Family.