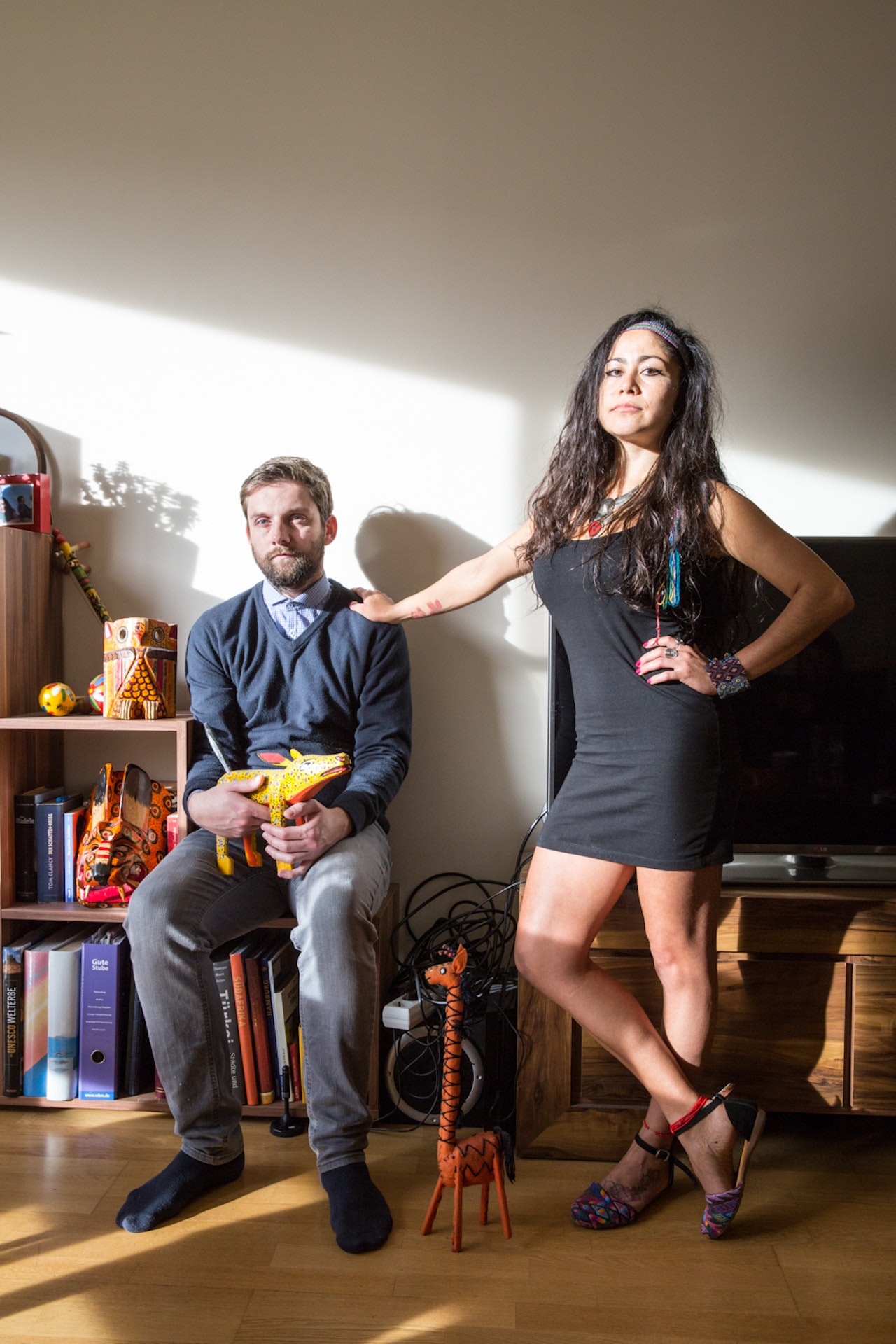 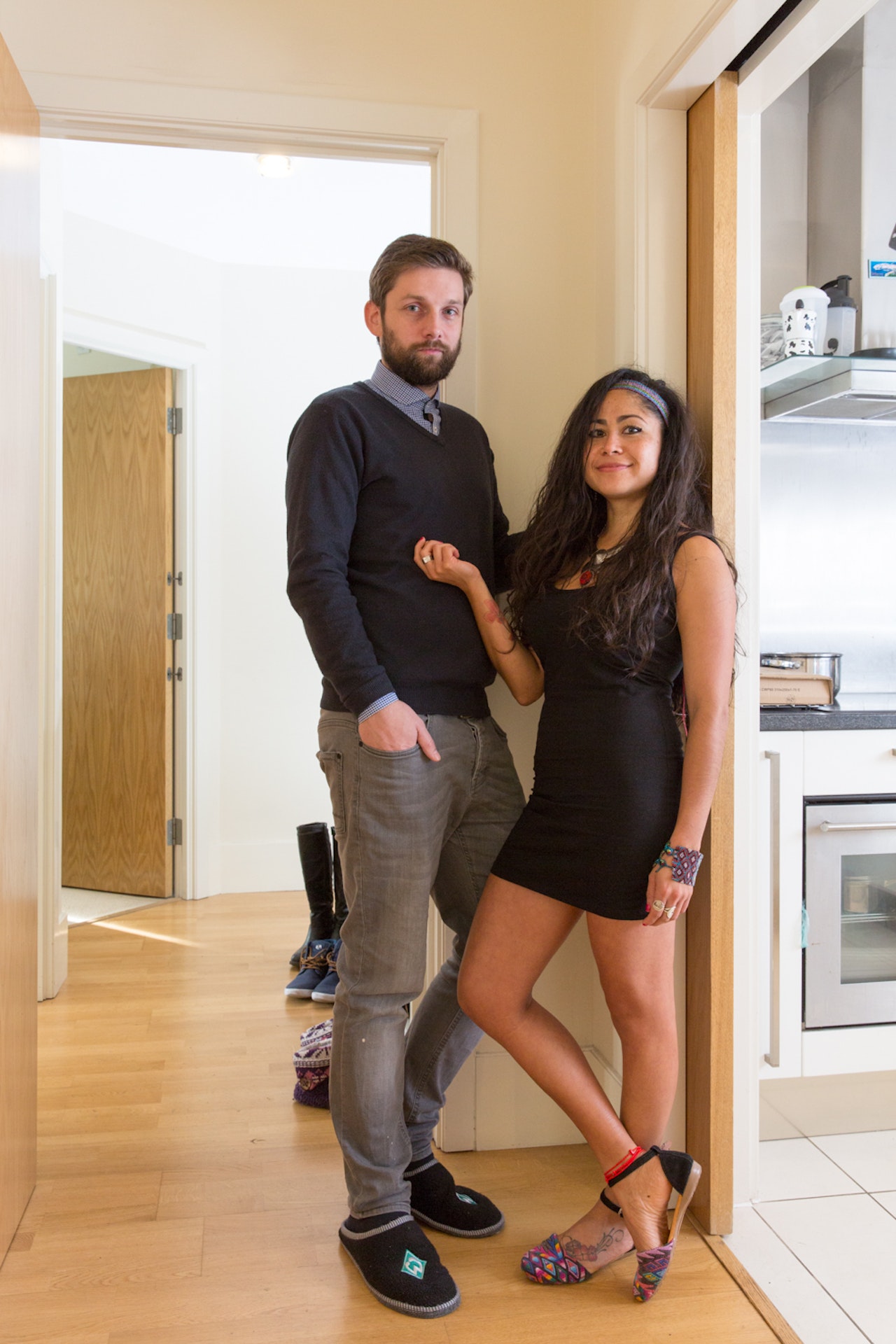 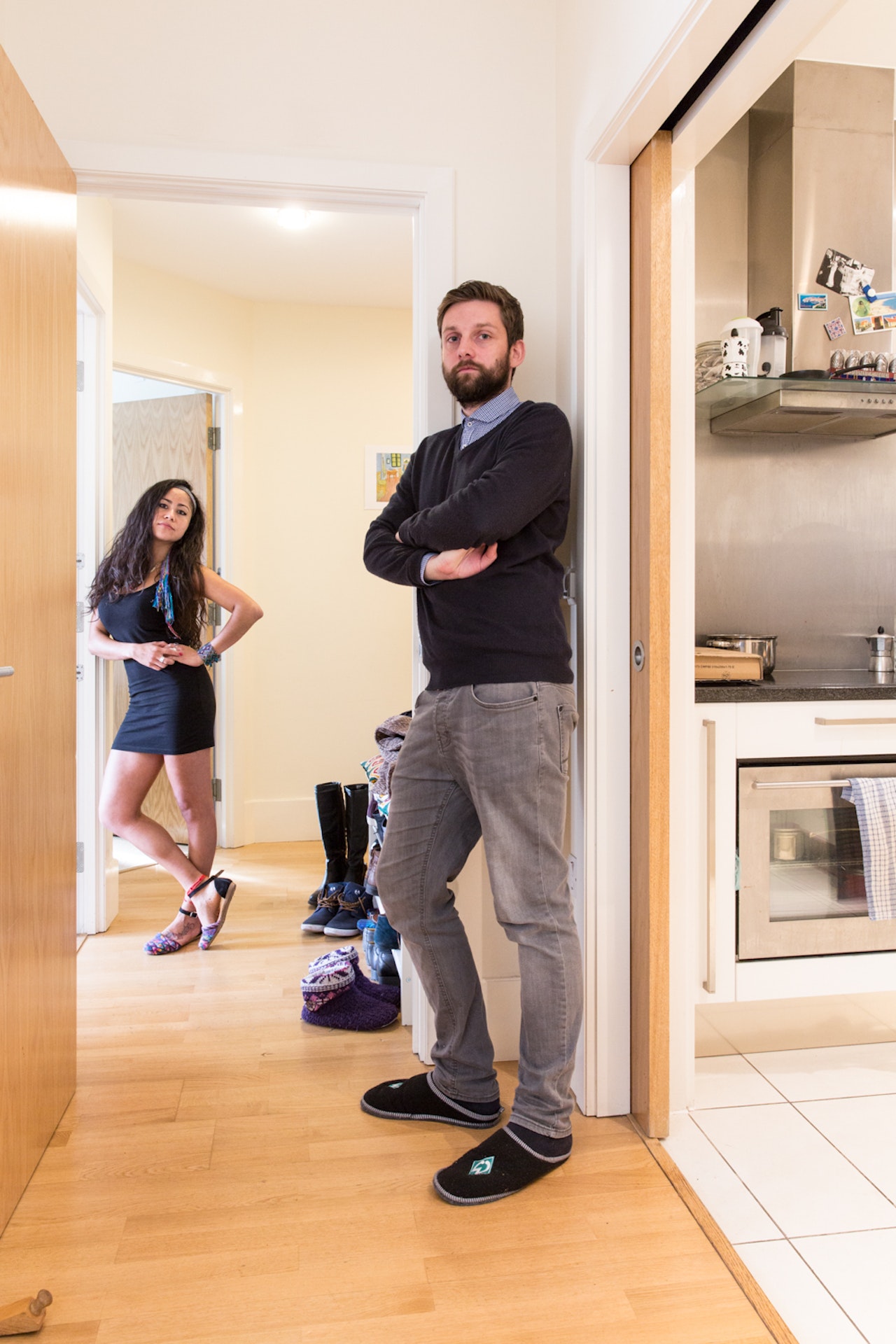 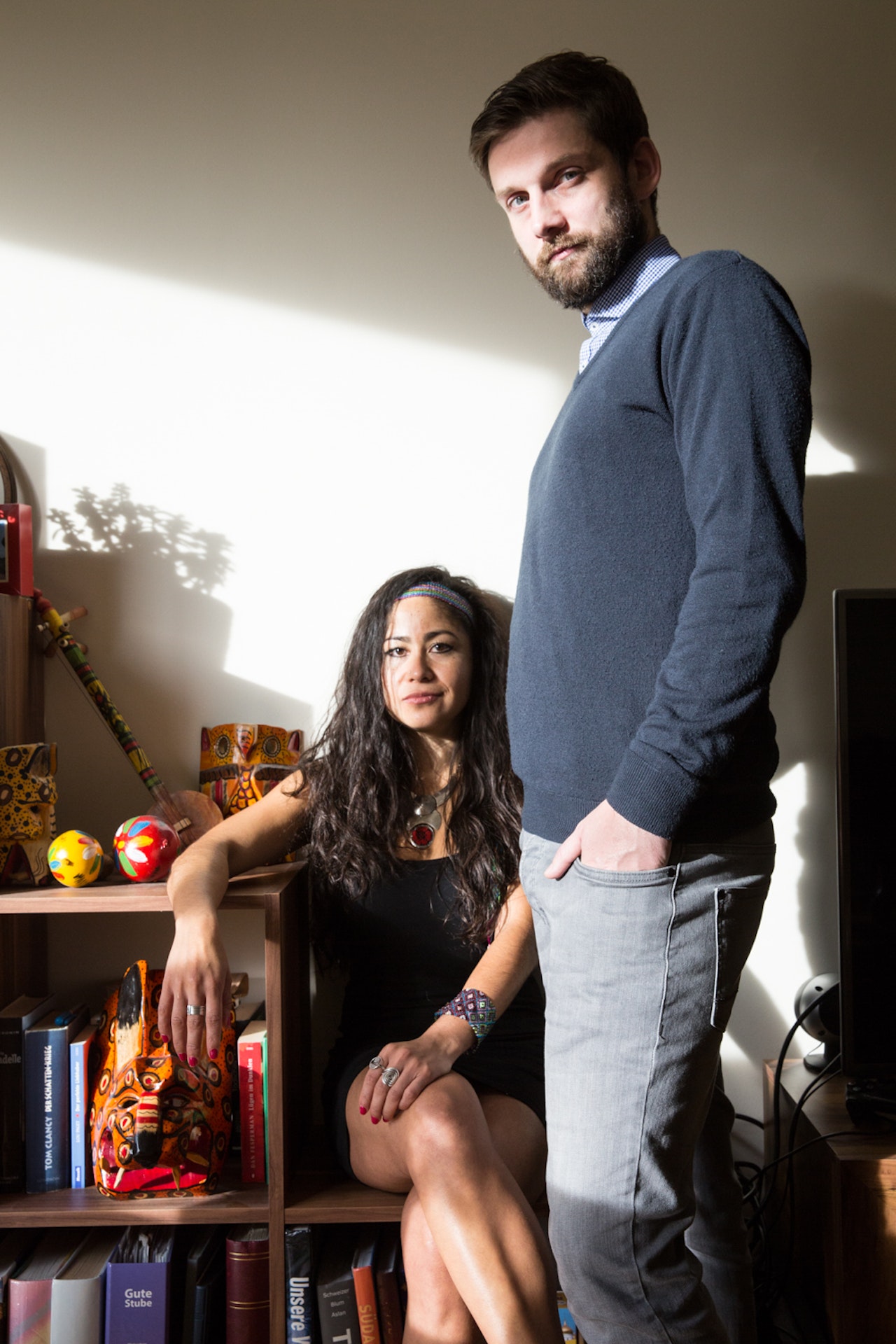 Alma Gatica originally came to England with her ex-partner. They came over directly from Guatemala, and were both looking to improve their English. In Guatemala, Alma was working as an anthropologist and project co-ordinator, but when she arrived in England, she had to start from scratch. Alma found work as a waitress and began volunteering at the Latin American Women’s Rights Service – a human rights organization that works with Latin American women living in the UK – which is where she works now.

In Germany, Michael Stanke was working as an online marketing manager, and when he was told he could do the same job in England, he decided to move to the UK. The transition was surprisingly simple. “On the Friday, I stopped working in Germany and the following Monday, I started working here,” Michael says.

Alma and Michael met through an online dating website. “I was very sceptical about it at first,” admits Alma, “because in Guatemala it’s not very common. At the time, I was with two friends from Costa Rica and Argentina; they were both online dating and suggested that I should try it out too.” Alma met Michael in the first week of signing up to the dating site. “For me it was the same story,” adds Michael, “a friend recommended that I sign up for this website. Alma and I exchanged a few messages and three days later I closed my account.” They have now been living together since June 2015.

Having never lived anywhere else outside of Guatemala, Alma says that the move to England was tough at times, mainly because she didn’t speak English. “My ex was from Italy, so I used to go there on holidays, but never to live,” she says. Generally, Alma says she found people were welcoming in London. “I didn’t have any bad experiences, but of course it’s not like that for everybody,’” she adds.

Since Brexit, however, Alma has noticed changes in people’s attitudes. “I notice the differences through work,” she says, “I work with Latin American women, so we have a lot of cases of racism, etc. I am aware of the impact it has on foreigners.” Michael, on the other hand, says that for him, nothing has really changed.

In terms of future plans, Michael says: “We have a few options; one would be to stay here, but we’re also aware that it’s expensive when it comes to family; the other option would be to return to Germany or Spain, because it’s slightly cheaper.”

Other families from Germany are the Di Francesco & Stephan Family, the Leigh Family, the Gentil Family, the Tenzing & Rentschler Family, and the Peters & Seidemann Family. From Guatemala are the Cambridge & Sampson Family.