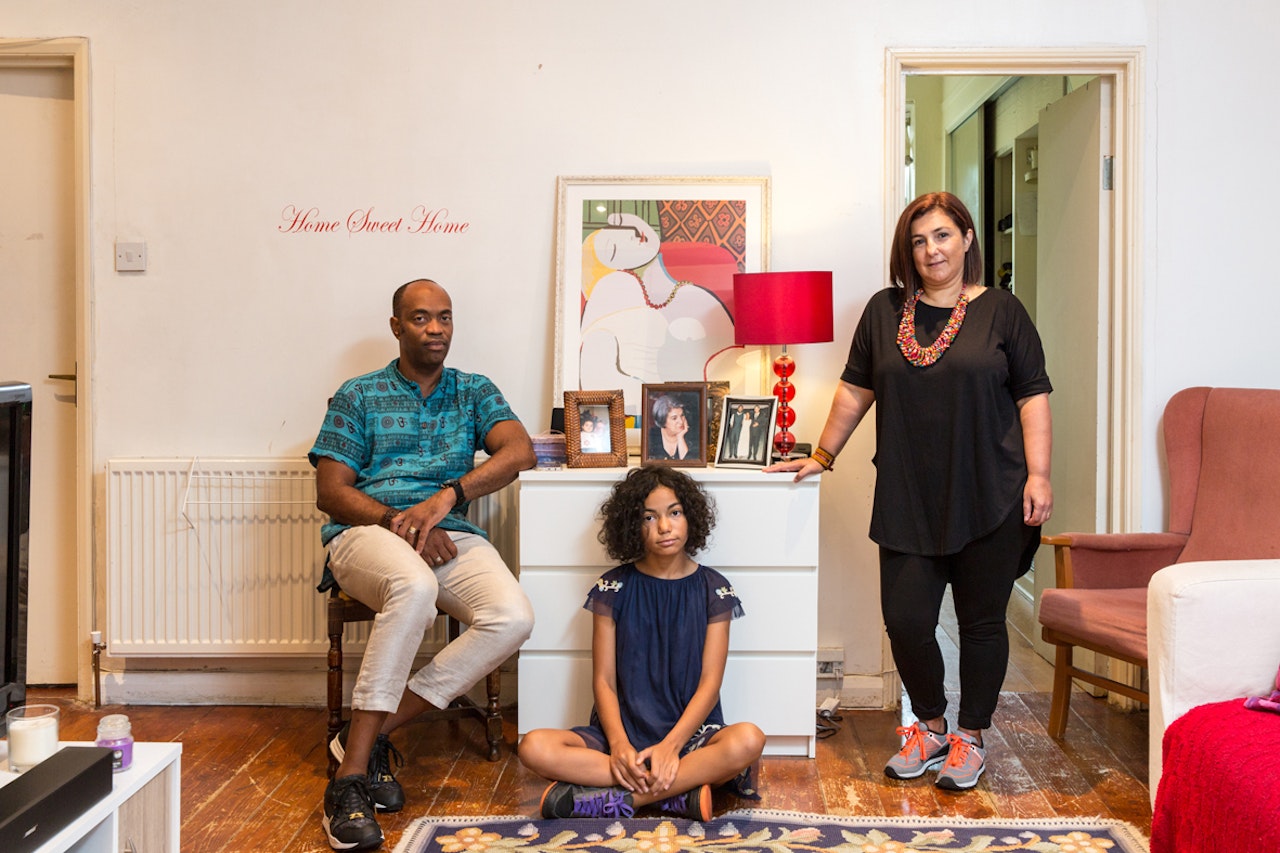 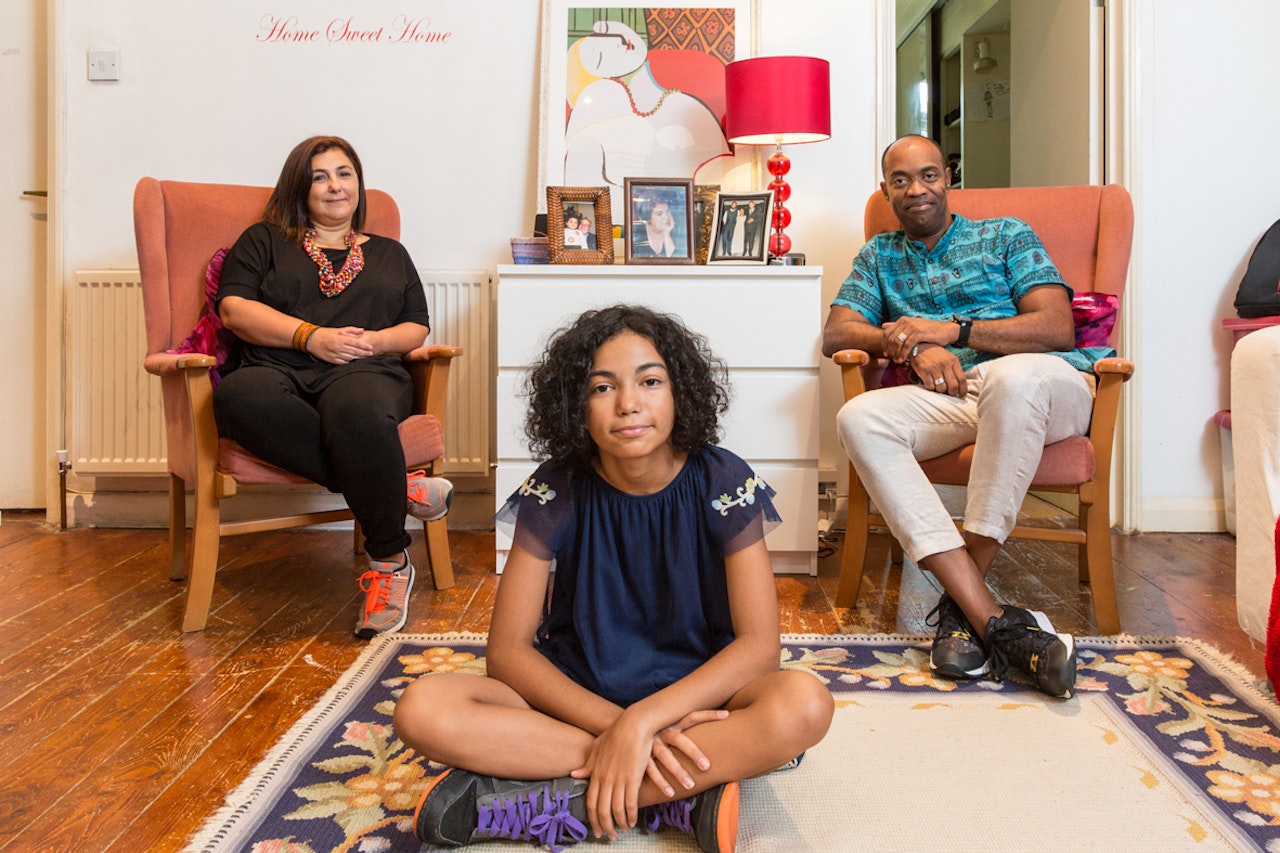 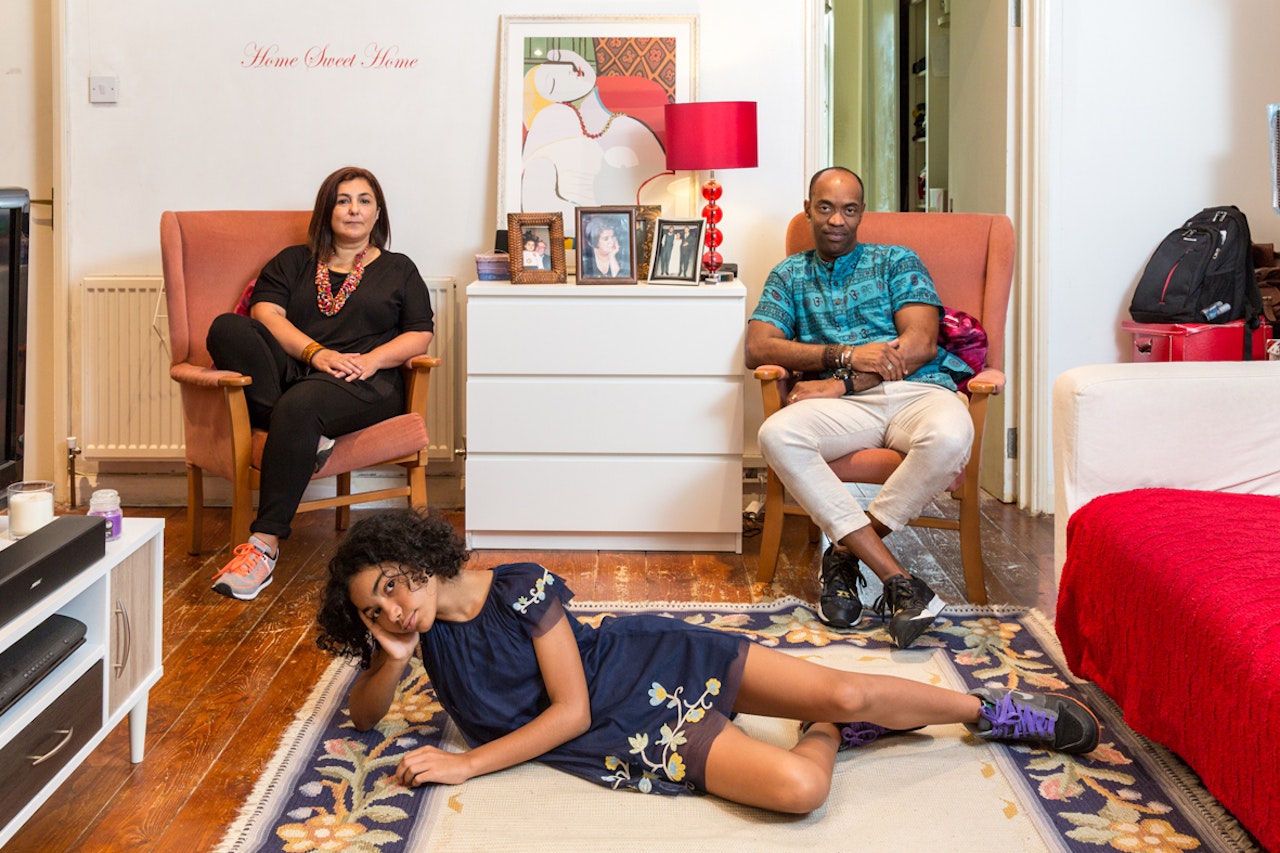 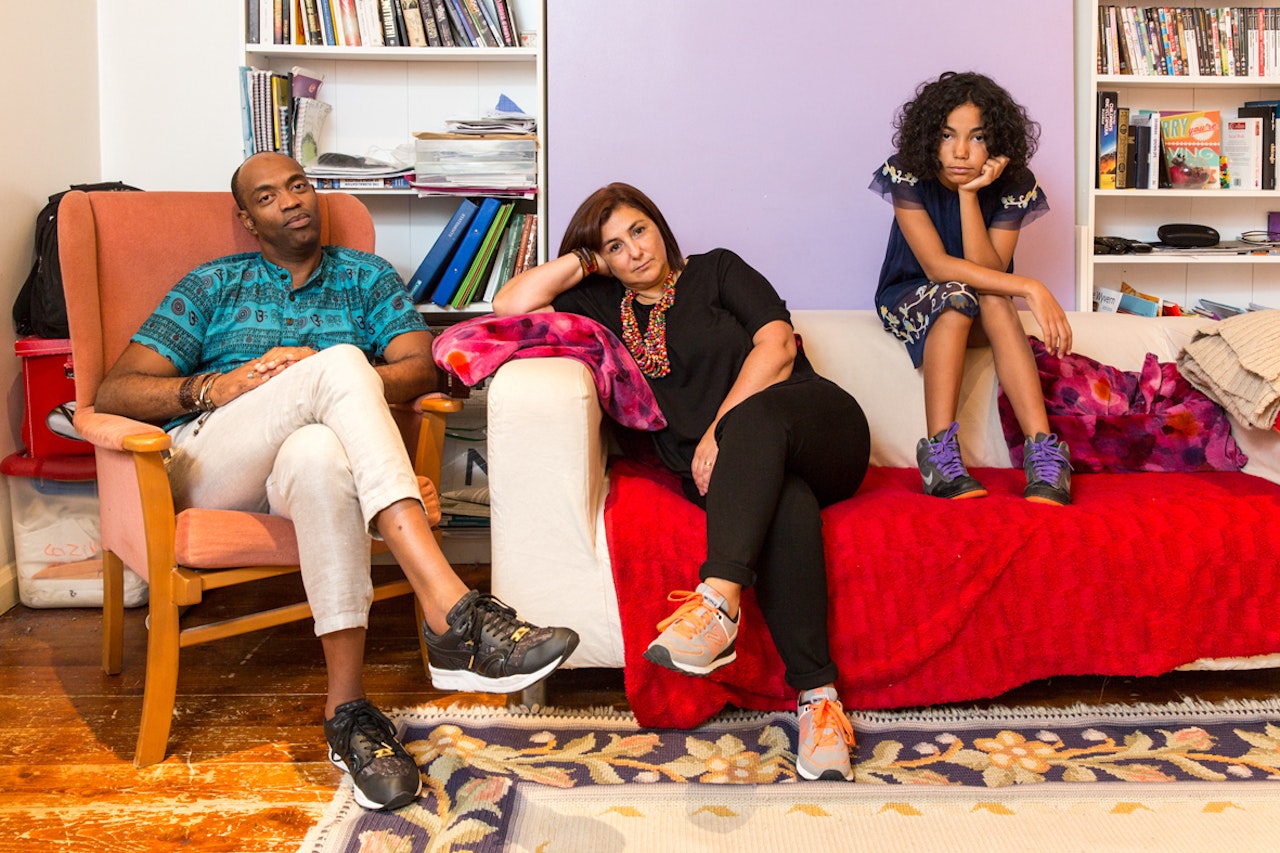 Rui Gomes and his wife Filipa Baptista with their daughter Leonor Gomes.

“I haven’t returned to Guinea-Bissau for a long time; ten years to be exact,” says Bissau-Guinean Rui Gomes, who lives in London with his wife Filipa Baptista from Portugal.

Rui: It’s mainly because no one is there now. My family is pretty spread out—my sister is a lecturer at a university in Brazil. My brother works for the United Nations in Cape Verde. My parents are still in Portugal, but they are thinking about retiring to Guinea-Bissau.

Filipa and Rui met 25 years ago at Coimbra University in Portugal. Filipa was studying Sociology while Rui was at the law school.

“We met one day, and two days later we were dating,” recalls Rui. “In the end I changed my degree to Human Resources Management, as I realised Law was not for me.”

When looking for employment, the couple were torn between moving to France or England. “Our main language was French, but we had family in London,” explains Filipa. “We also thought that it would be good for our daughter Leonor, who was four at the time, to speak English from a young age.”

Filipa worked in a shop in London for nine months before returning to education, the field in which she had been working while in Portugal. “I’ve stayed in the same school for seven years, and just changed school recently.”

“I started working about one year after we arrived because I needed to learn English first,” remembers Rui. “I then found a job teaching and worked at the school until last year. I felt it was time to go back to university—I’m now studying International Relations. My siblings and parents have degrees in the same field.”

They travel frequently to see family. “It’s interesting how your perspective of home can change,” continues Rui. “When we first came here we were always waiting to go back ‘home’ to Portugal. Now when we return it’s like being on holiday. When I return to London it’s like ‘home sweet home’.”

“We are definitely Londoners,” says Filippa, “but all of the places where I’ve lived are in some way a part of me—you identify with new things as you amass experiences.”

“I think of myself a citizen of the world before being Guinean,” Rui agrees. “My father is half-Cape Verdean and half-Indian. My mother is half-Portuguese. I’ve lived in many different countries.”

“But still, when I retire, I would like to go back to Guinea-Bissau, providing the political situation settles down.”

“That sounds lovely—I loved it there,” says Filipa.

Also from Portugal are the Gueiroz & Folgado Family.