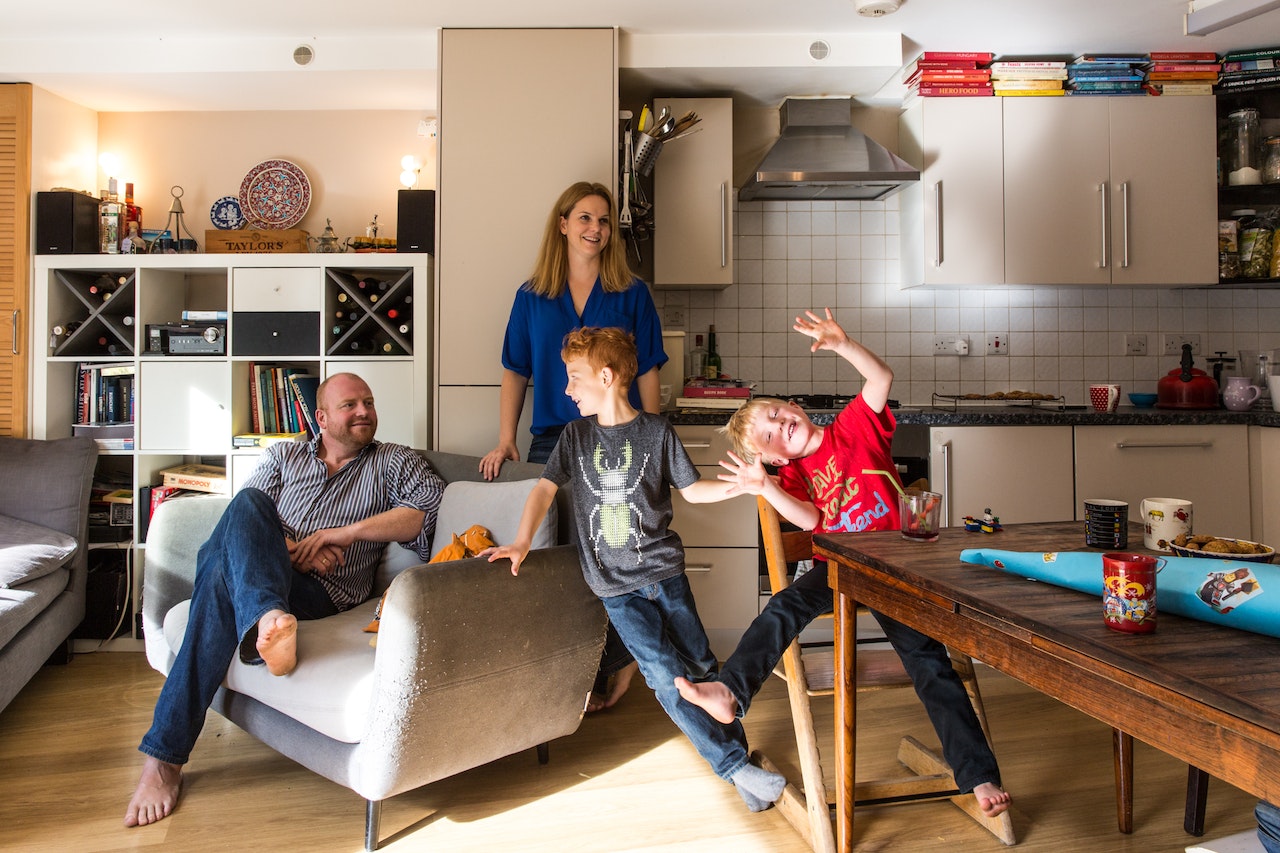 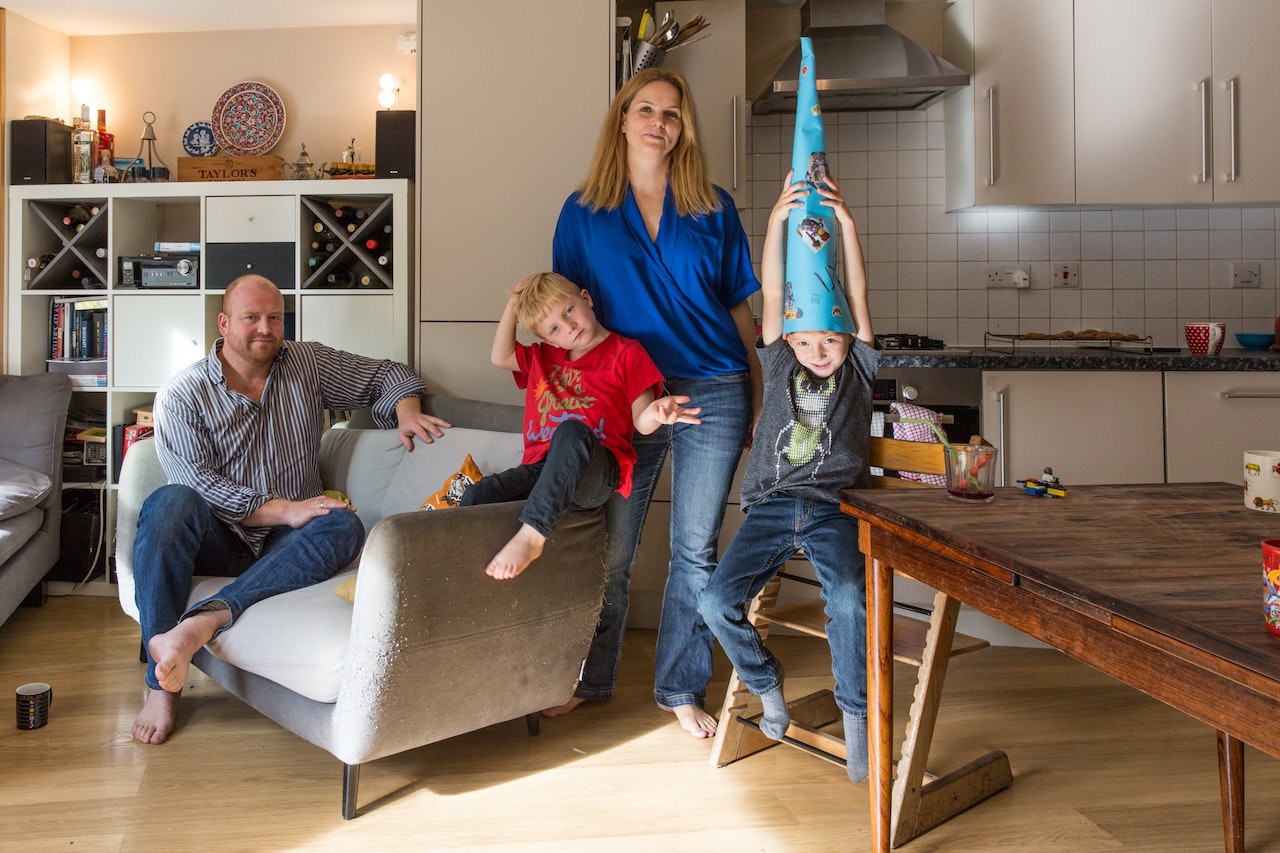 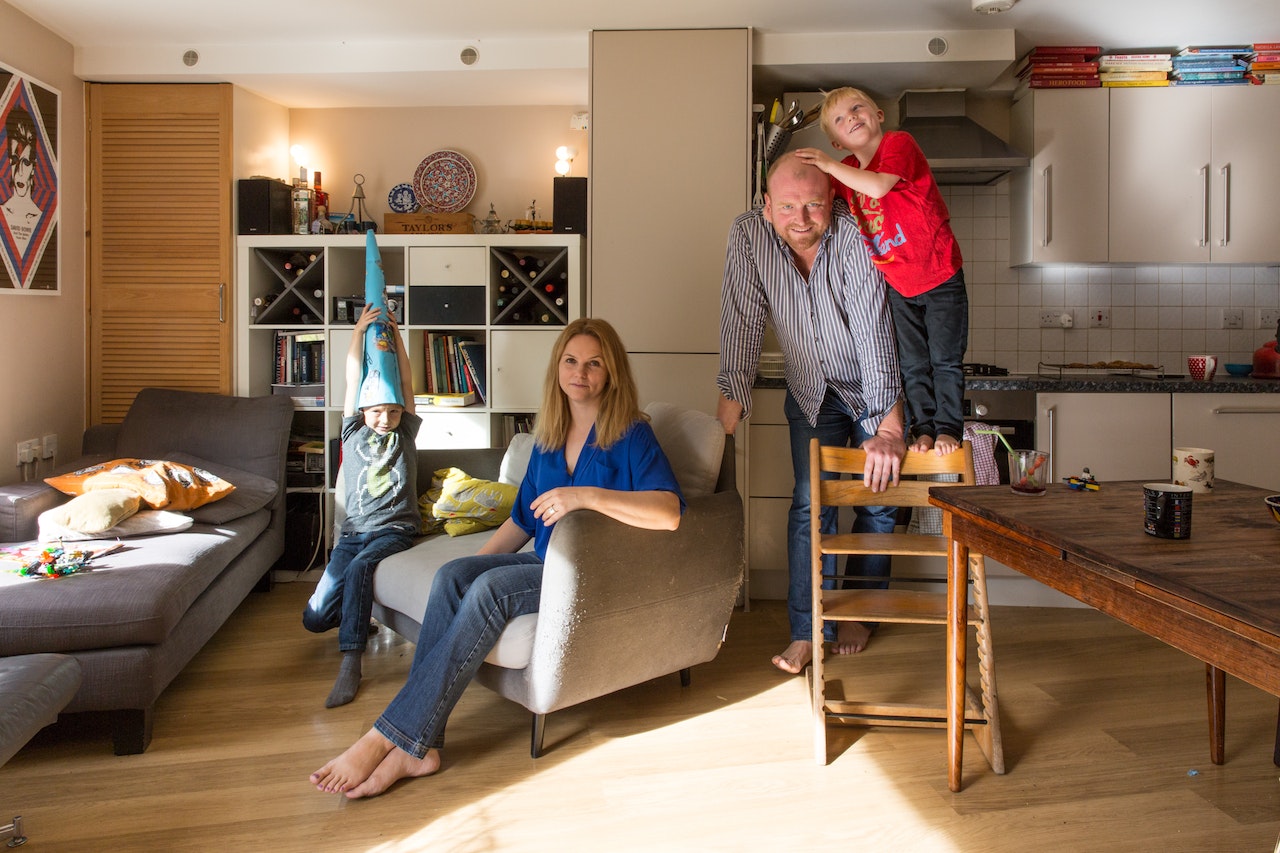 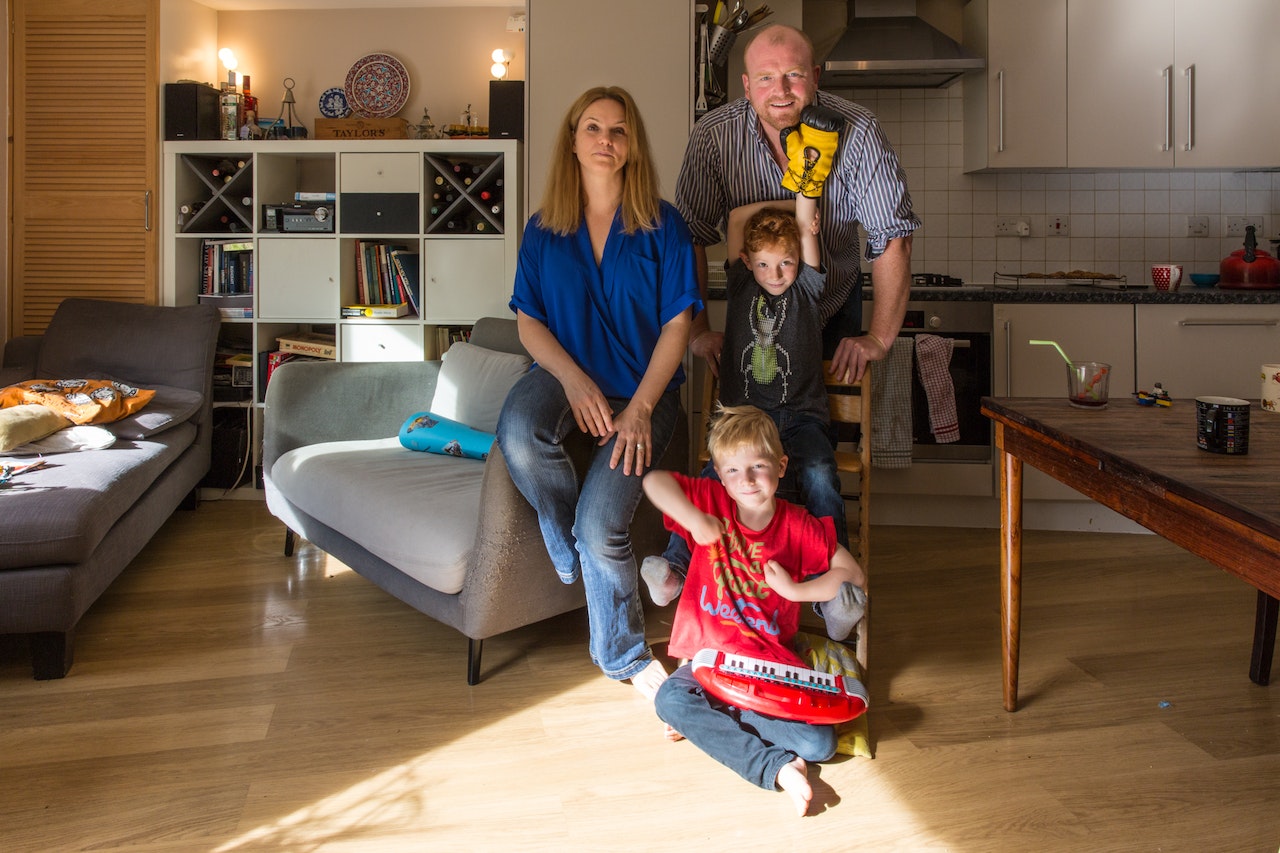 Veronika Pimper with her husband Andy Wright and their children Barni, 5, and Berti, 7.

Where Veronika comes from in Hungary, “everyone is white, Hungarian and pretty much the same,” she says. The thing she loves most about Brixton – where she currently lives – is that it is so multicultural and open.

“I moved to London a few months after Hungary joined the EU,” says Veronika, “which was eleven years ago.” Prior to moving to London, she lived in France and also spent a term studying in Exeter. “When I came to England,” she says, “it was the first time in my life that I bought a one-way ticket. I knew it was very easy to go back if I wanted to, and at the time I thought that I may only be here a year or two and then move somewhere else.”

It was through an advertisement in the paper seeking a new housemate that Veronika first met her husband, Andy.

Andy: I lived in a big house at the top of Brixton Hill and we had a room going, but couldn’t find any friends to move in so we put a rather odd ad in the newspaper and Veronika responded. We were five guys and we wanted someone with a big personality that would fit in. We had tried the classic ‘spare room in a friendly house’, but we only ever got boring people who wouldn’t have fit in. The ad we posted was something along the lines of ‘double room in a friendly house. We like comedy, cider and playing music late at night. Come along if you think you’re hard enough!’ It was the right thing for our big house and she (Veronika) was game.

We all went for a night out together to Guanabara in Holborn when we were all single and ‘on the pull’. Within a couple of moments, Veronika had come back with a couple of phone numbers and I had an unusual feeling of jealousy.

Now married, Veronika and Andy have two boys, Barni and Berti. Veronika currently works for the European Bank for Reconstruction and Development (EBRD) and Andy is between jobs, but hopes to get back into software sales, which is what he used to do.

Veronika: If something comes up in my job to move to another country where the bank operates, I would definitely be interested in that. As for moving back to Hungary, I always like to keep that option open, at least in my head, but I can’t imagine that happening anytime soon. We’re very invested in living here at the moment. London is just a great place to live, and it would be very difficult to find anywhere like this anywhere else in the world. For me, London always feels as if you are travelling, but staying in one place.

Since Brexit, Veronika says she hasn’t experienced any difficulties. “The feeling is more inside than out,” she says, “it feels as if someone had metaphorically shut the door in your face. No one has said anything directly to me; it is more about what you read in the papers and what you hear from other people.”