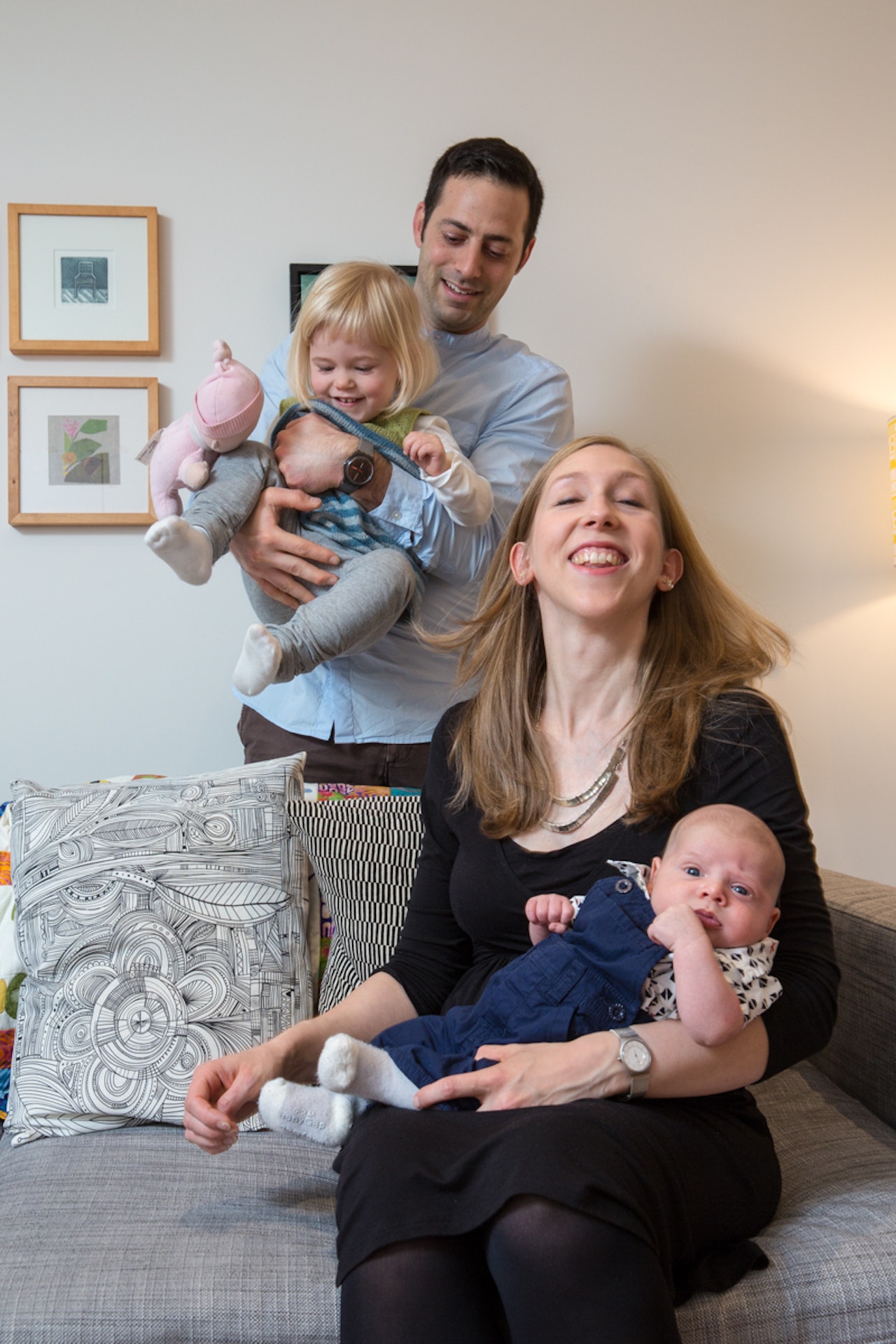 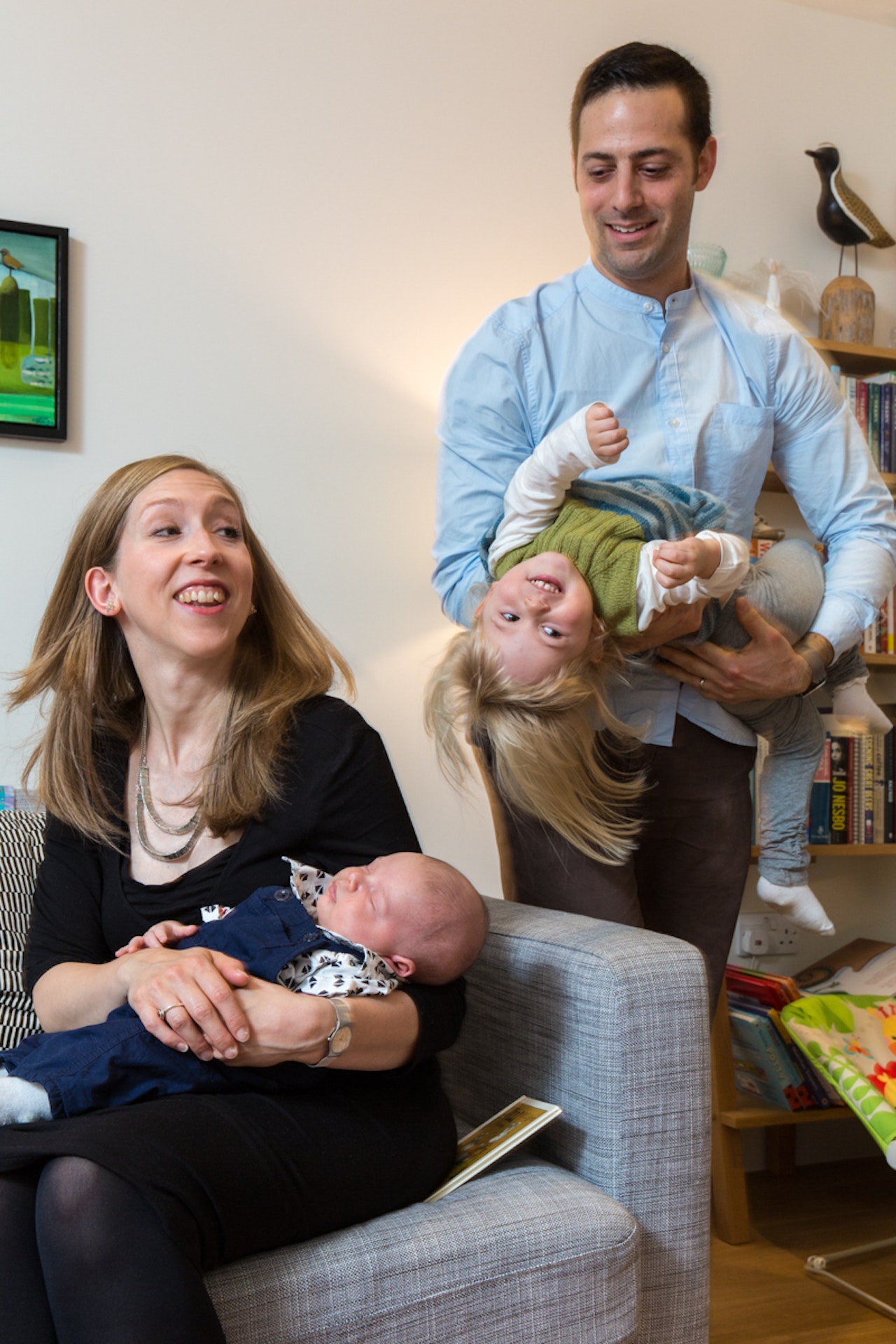 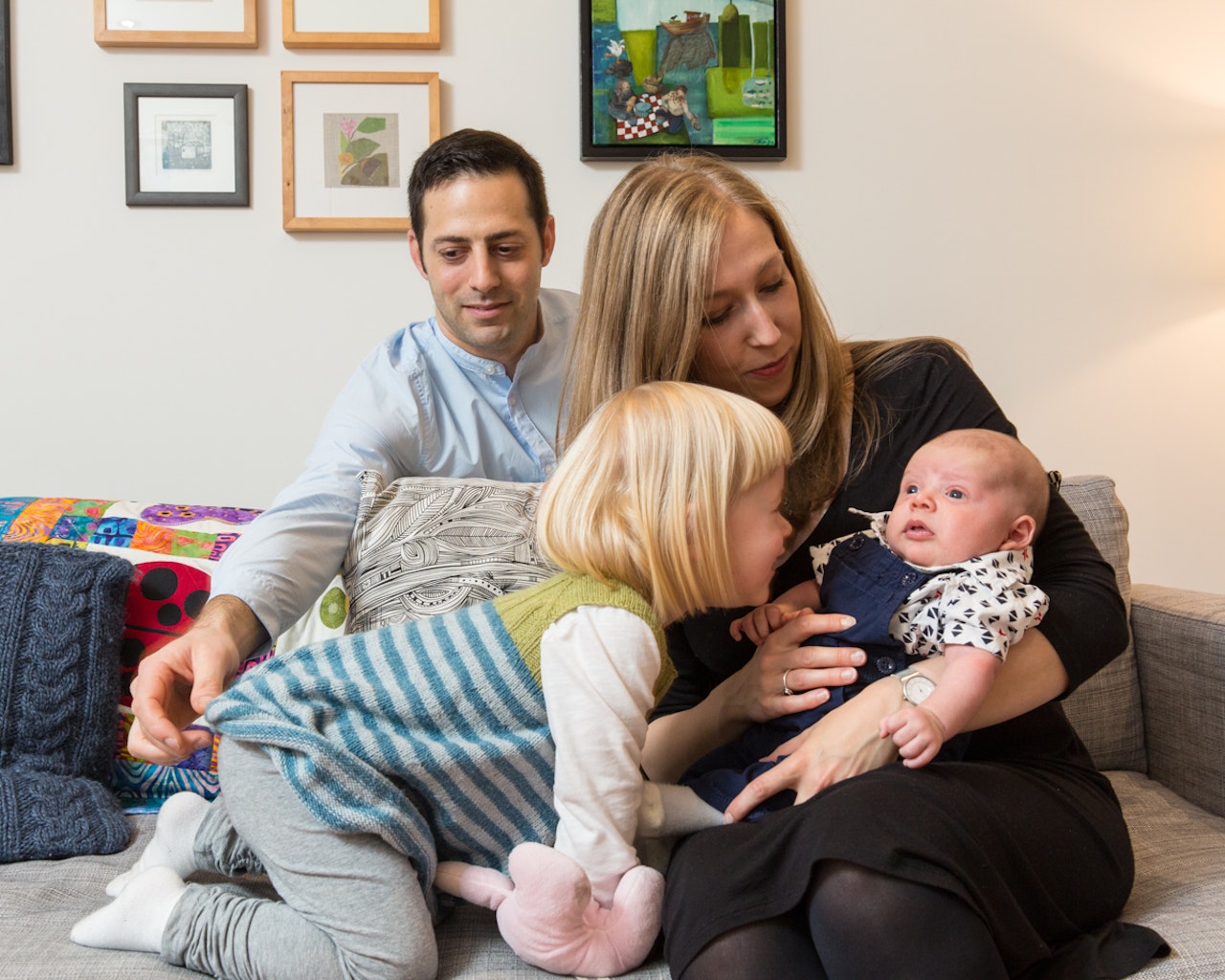 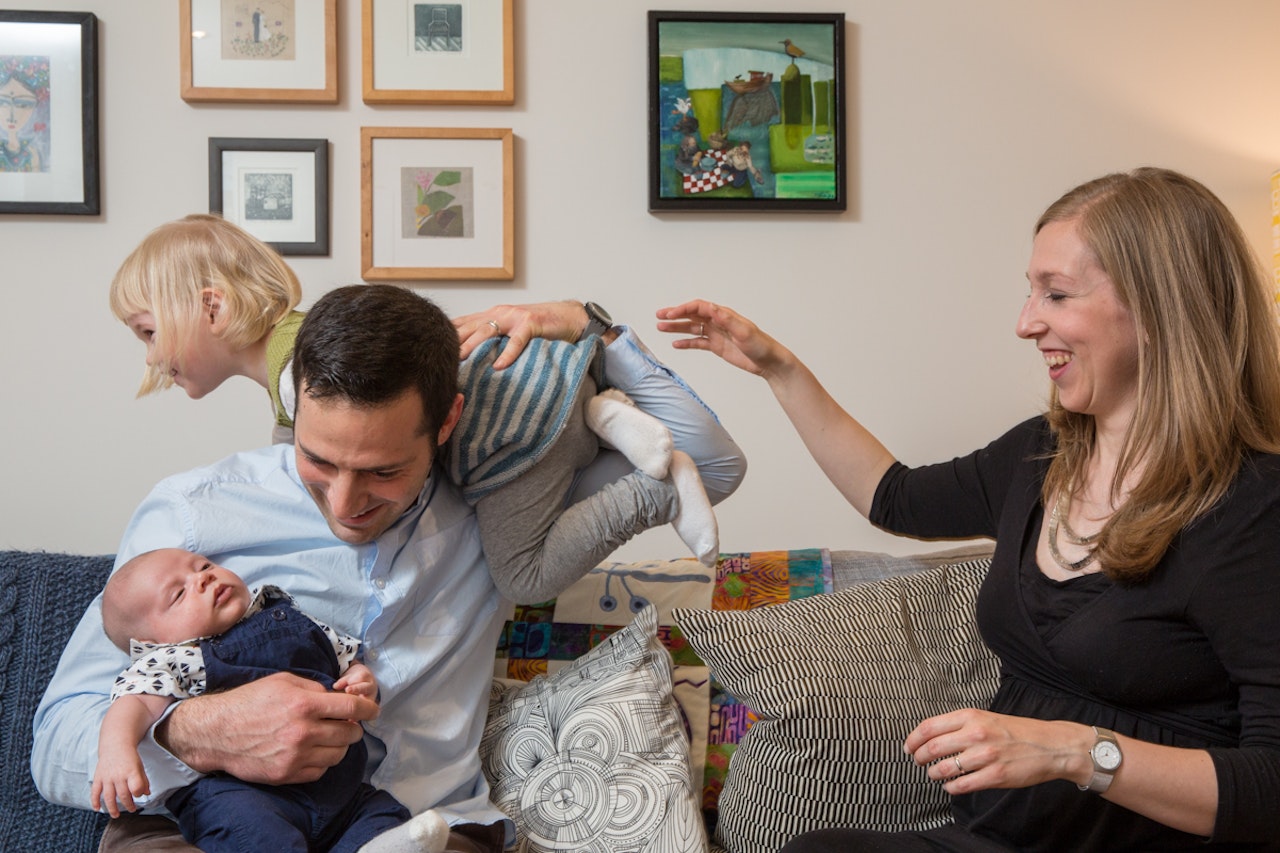 Thorsteina Adolfsdottir and her husband Michael Goldberg, with their daughter Ella, 2, and 1-month-old son Ari.

“Michael and I are not from the same country, we come from two different places; this happens to be a neutral place in between,” says Thorsteina Adolfsdottir of London.

Both she and Michael Goldberg – from Iceland and the USA respectively – originally moved to the UK to study global politics in 2006. It was here while studying that the two met. After graduating, they both began working for charities and have worked for them ever since.

Michael, who came to the UK from Boston, currently works for a homeless charity. After completing his undergrad in England, he decided that he wanted to stay longer in the UK. “My intention was to stay as long as I could,” he says, “at least until they kicked me out of the country, and they haven’t kicked me out yet!”

Thorsteina’s story is similar to Michael’s: “After graduating, I wanted to see if I could stay for a little longer and find a job,” she says. “We now have a routine, but I still find it really hard to think that I would never move back home.”

Michael, on the other hand, has no strong desire to go back to America. “I think the way of life is better over here – in London in particular,” he says, “it’s a great city to be in; there’s so much going on, and so much on offer.”

In their spare time, Michael plays for a softball team and Thorsteina sings in an Icelandic choir. She also has a group of Icelandic friends, but Michael says he doesn’t spend much time with Americans over here. “I reckon it’s different for me because Americans speak English, whereas for Thorsteina it’s nice for her to speak her native language,” says Michael.

“I now speak Icelandic to Ella which is quite nice,” says Thorsteina, “but it would be good for her to meet other Icelandic people, so that she doesn’t think it’s just her mother that speaks this weird language!” “It’s definitely important for her,” adds Michael, “I want to learn to speak it too, as I only speak English.”

Since moving to England, Thorsteina tries to go back to Iceland once or twice a year. In terms of where she considers home to be, she says: “I have a weird dilemma. When I go to Iceland I say I am going home, but when I’m in Iceland home for me is in the UK, so it’s kind of equal now. I guess Iceland will always be my true home, but I consider London home too".

Other families from the USA are the Marenah Family, the Perez & Khan Family, the Wickware Family, the Buschmann Family, the Glavan & Robinson Family,  the O'Sullivan & Nivelle Family and the Garcia Family.