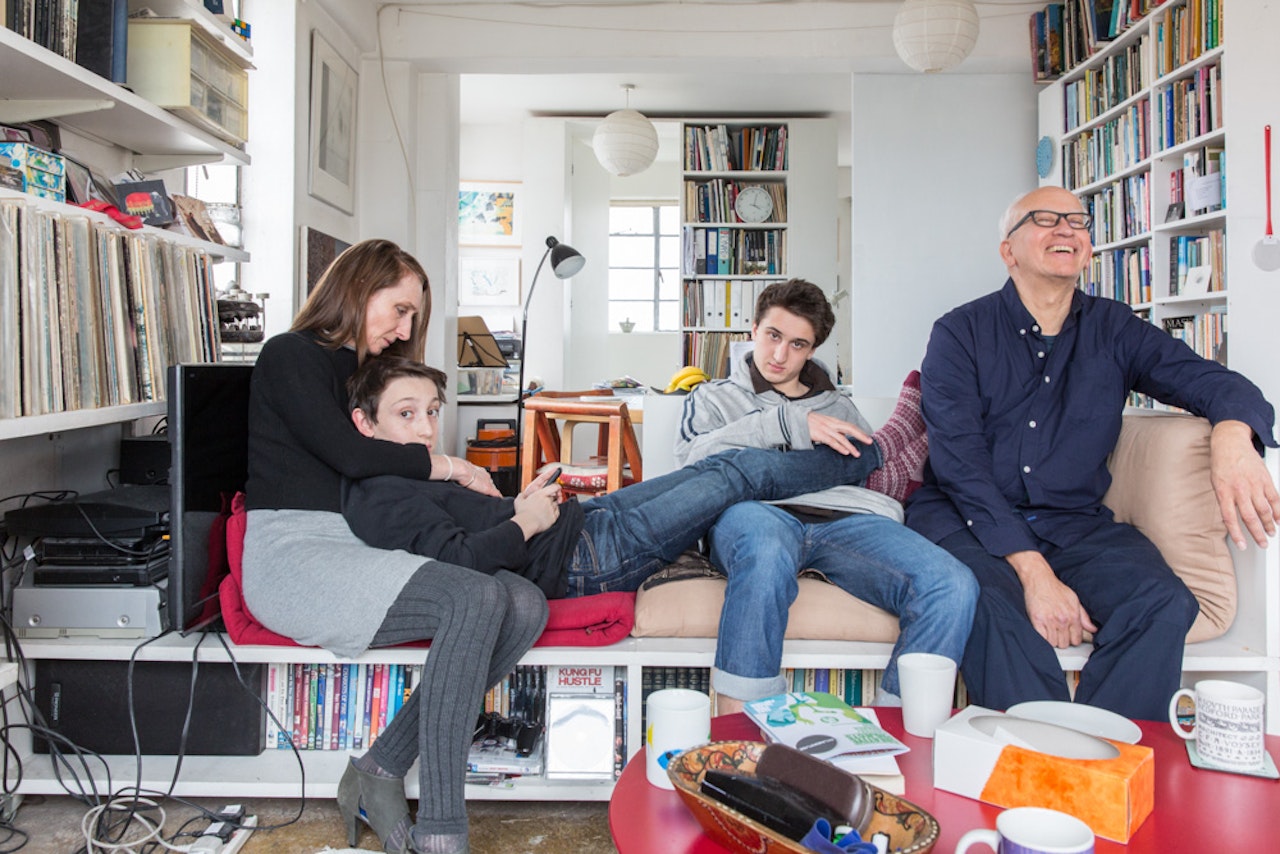 Pierre d’Avoine with his partner Clare and their sons.

Pierre d’Avoine was born in India during the British Raj. His father was half-French and half-Indian, and worked as an architect in Bombay, but died suddenly of a heart attack at the young age of 53. Pierre and his family then moved back to the UK, where his mother’s family resided. Her family is Irish but had roots in India too. Pierre followed in his father’s footsteps and became an architect. Clare was born and brought up in London.

Clare: Now I say I'm from London, which is almost a reaction to knowing and mixing with so many people in London who aren't from here. So, suddenly, being a Londoner carries more value. But as kids we were always saying, “Oh yeah we’re Welsh”. We would never think of identifying ourselves as Londoners.

Pierre: I feel very rooted in my Indian background and identify much more with my father's family because we had brothers and sisters who were there when I was a child in India and I used to go back quite a lot. I've stopped going back recently because I've become disenchanted with the way it's turning out, especially in Bombay.

Other families from India are the Cockcroft Family, the Huynh & Patel Family, and the Jones & Noorgat Family.