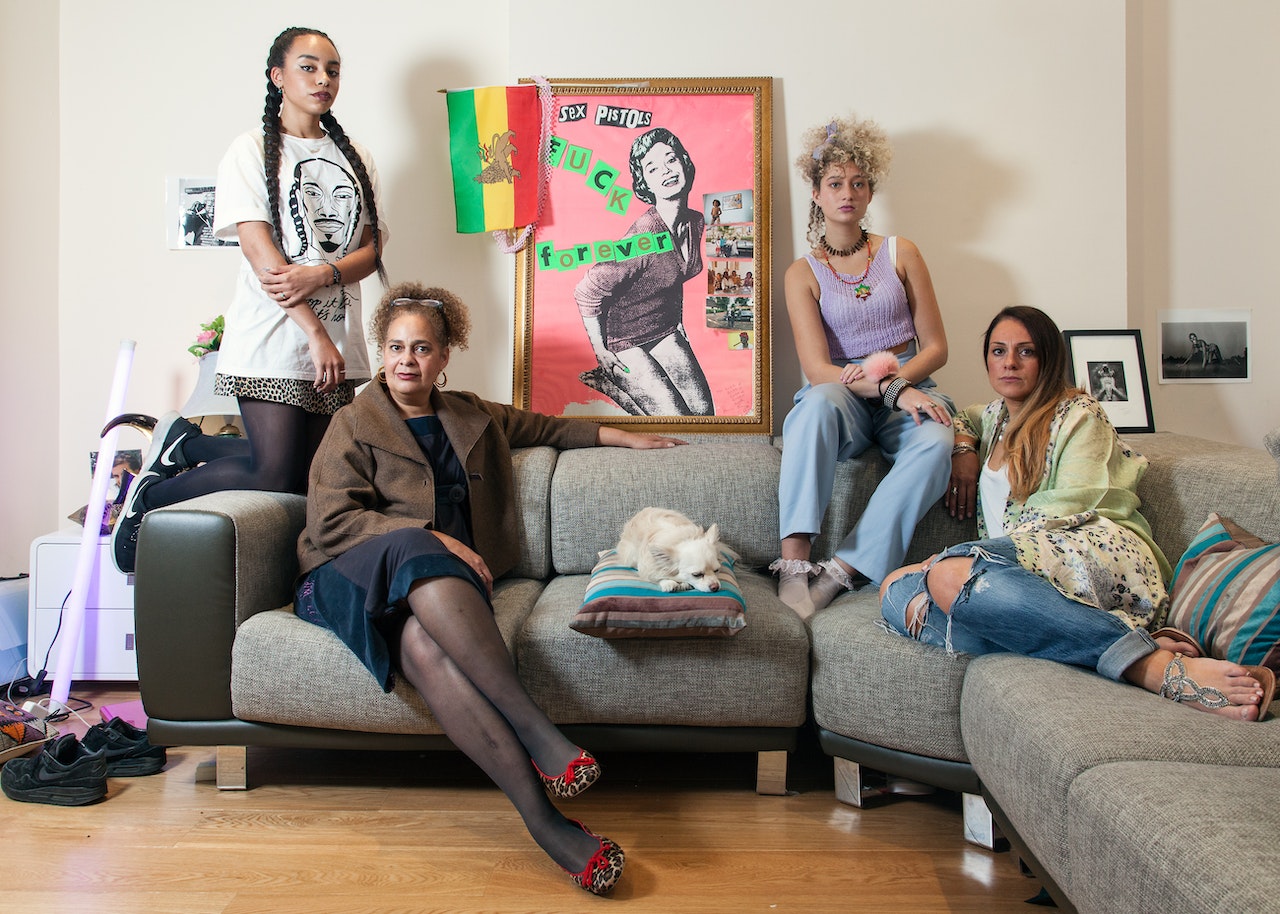 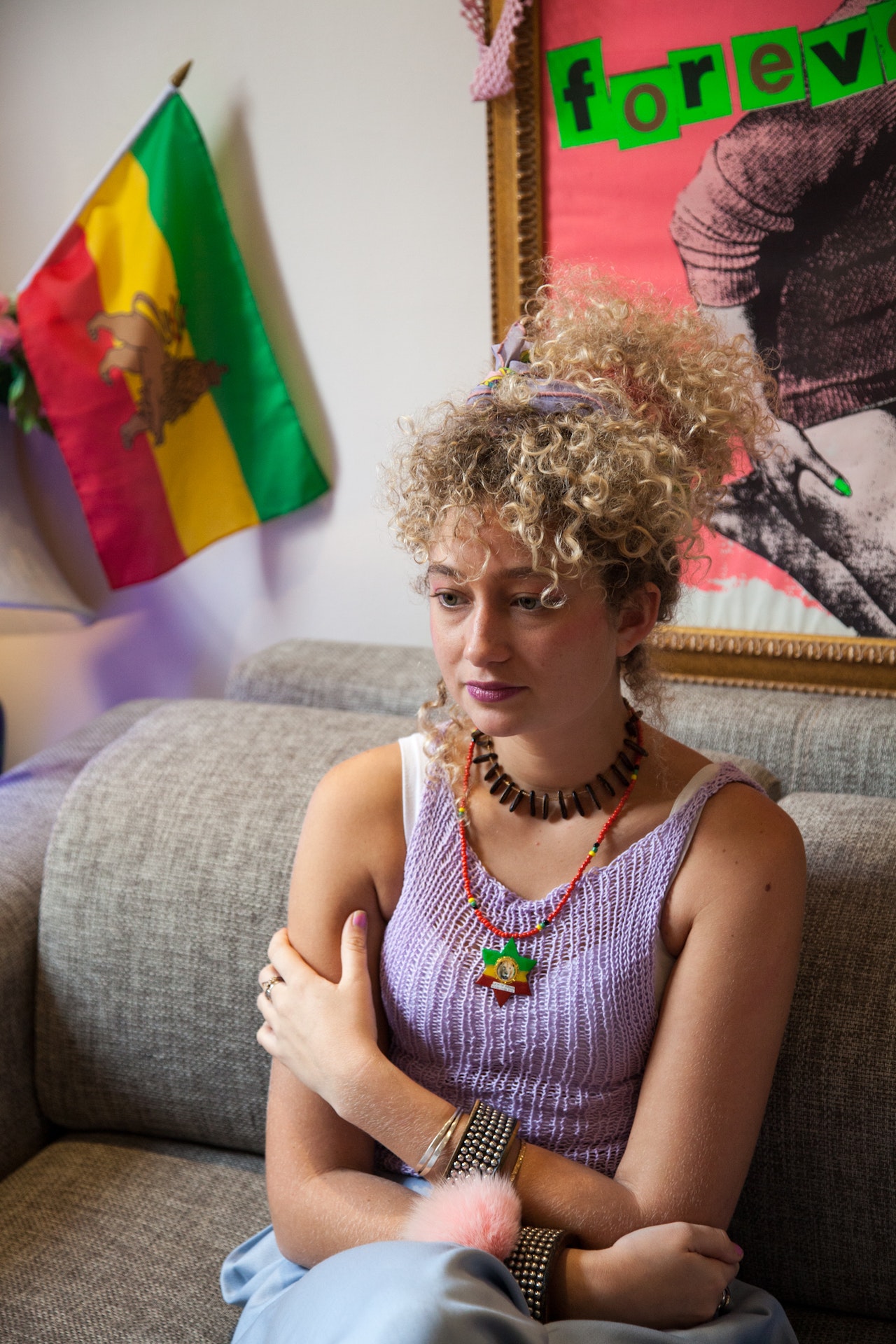 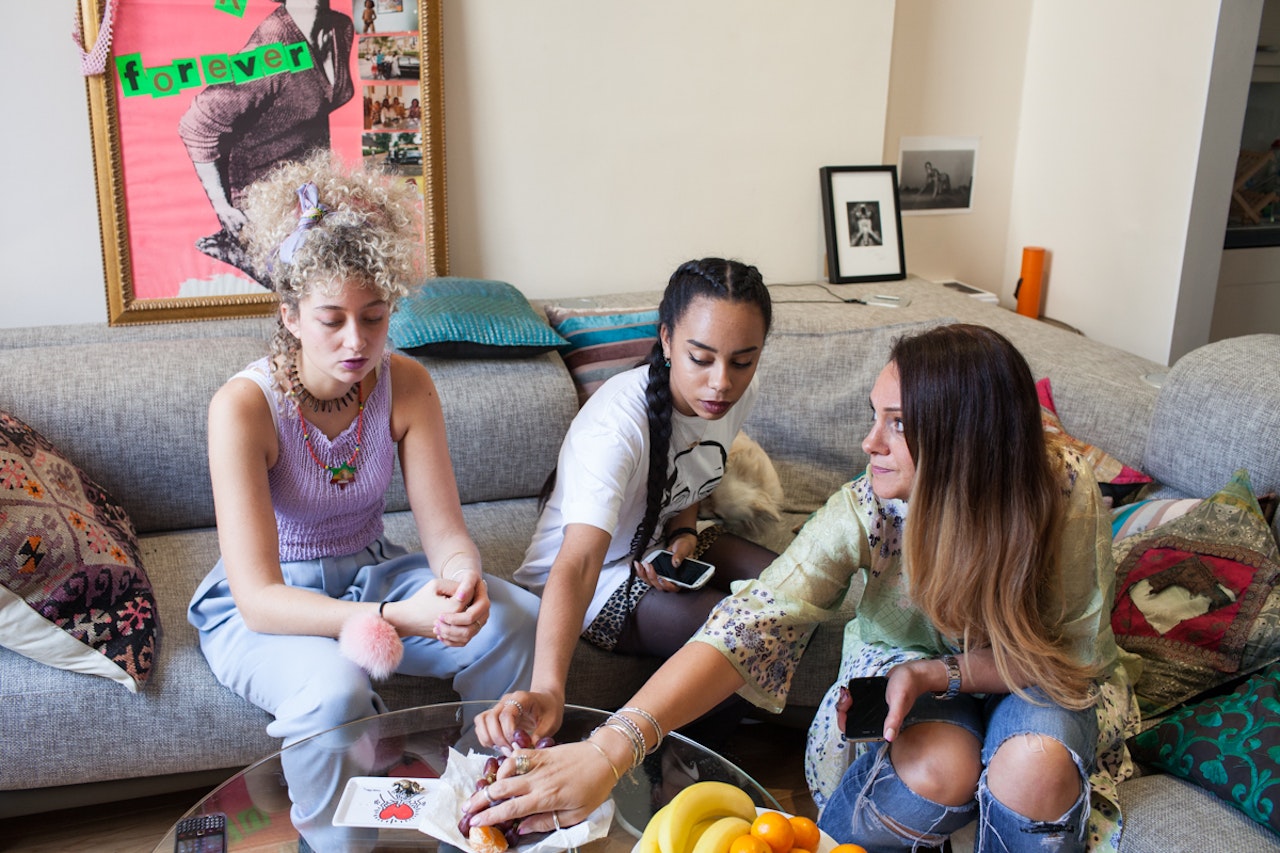 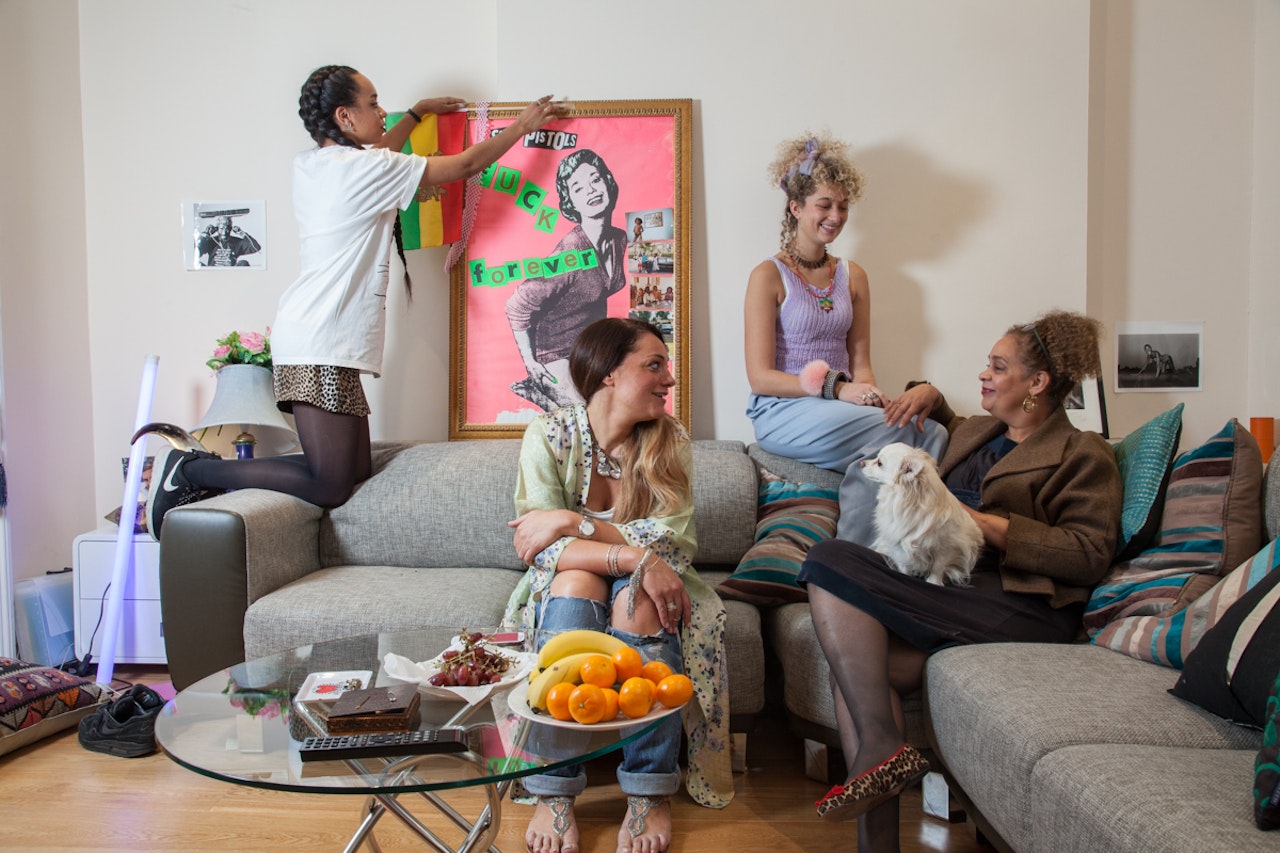 In purple, Savannah Baker, 22, with her mother, Ziggi Golding, her sister in torn jeans, Nuala Ferrington and niece, Kione Grandison, 17.

“I still have an old photo of me and my brother wearing lederhosen and sunglasses in Jamaica – missing teeth and all,” says Ziggi Golding.

Ziggi’s (née Siegfried) mother was German, her father Jamaican. “My father’s grandmother was actually Scottish,” explains Ziggi, “but then the motto of Jamaica is ‘out of many people,’ so I was just one of those.”

Her father served in the RAF, as all the Commonwealth joined the Second World War efforts. After the war he stayed on in England to study Economics and Accountancy at Exeter University. That’s how he met Ziggi’s mother. She was as an orderly in the hospital next to Ziggi’s father’s university – they met at the local Overseas League.

Her parents returned to Jamaica pre-independence, six months after their daughter Ziggi was born. “My mother had never been to Jamaica, but when they got there she had one of the first canning factories in Kingston,” she explains. “My father was a founder of the stock exchange.”

“When we came to England, my mother told me and my siblings that English people don’t like loud people – being loud children, we took that on board. But I realise what she was also telling us was ‘when you go to places, just observe and don’t offend’. I went to boarding school here and ended up staying. Now I live near Windsor.”

Of those portrayed here, Ziggi is mother to Savannah Baker, Nuala Ferrington and grandmother to Kione Grandison.

Her eldest daughter Nuala was brought up by her father in Hythe, Kent, while Savannah and her younger brother Cortroy grew up between New York, Jamaica and England with Ziggi and her then husband. Both daughters live with their respective partners in London.

“Despite being raised in different countries, I have an equally close bond with Nuala as I do with her daughter Kione,” says Savannah. “We’re quite close age-wise. I’m a stylist and she’s creative, so she helps out.”

Nuala, Savannah and Kione identify as Jamaican and English: “Though obviously I love my Oma – that’s German for grandmother,” emphasises Savannah. As a child, their Oma was in the Hitler Youth.

“Oma said to me recently ‘I just don’t get it’,” recalls Nuala, “she said she didn’t know what the issue was, that we all have blood running through our veins – and that it’s all the same: blood. I thought she was ahead of her time, to be saying that at eighty-five.”

“There are many preconceptions about the Hitler Youth,” says Ziggi, “Apparently it was like Girl Guides. My mum’s family was also broken up by Hitler’s organisation, so she was fostered. My parents met three years after the war – they were pioneers.”