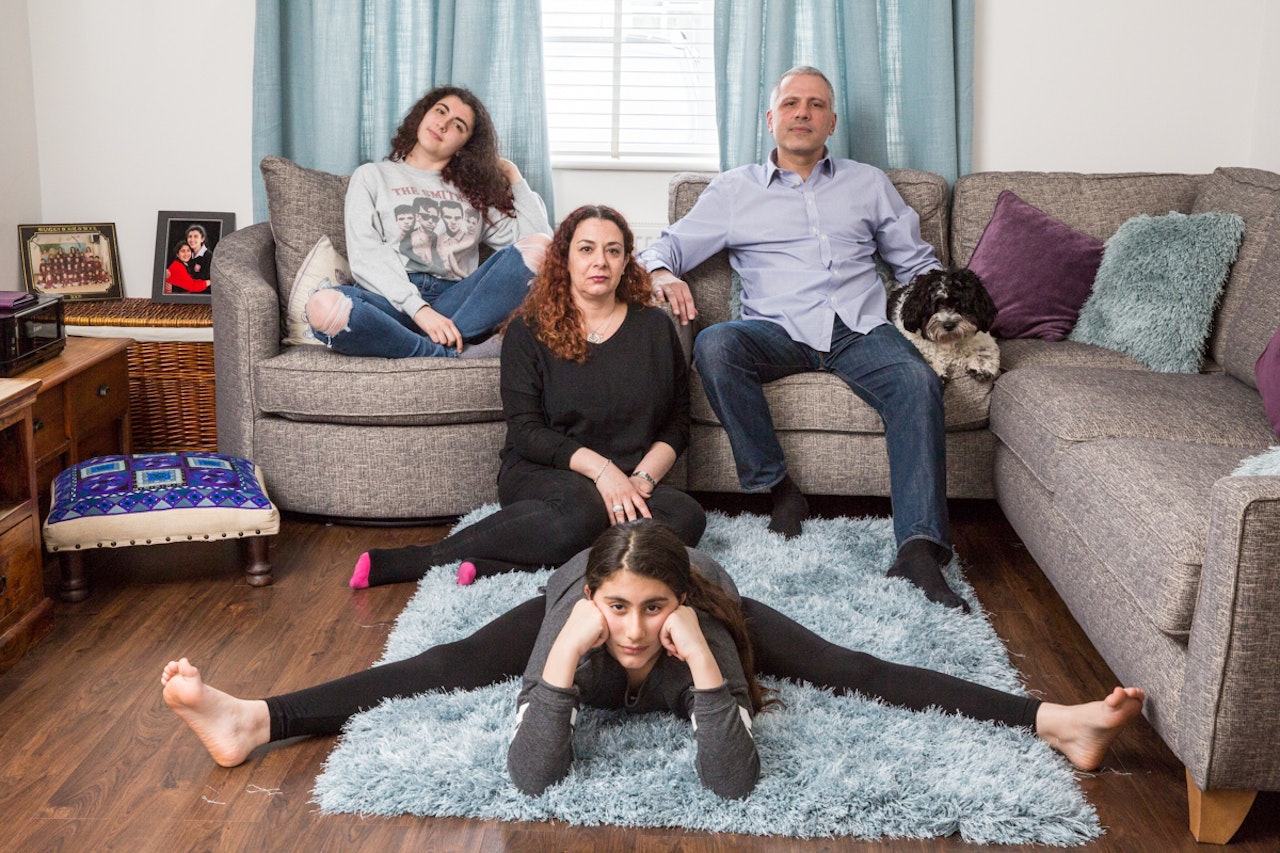 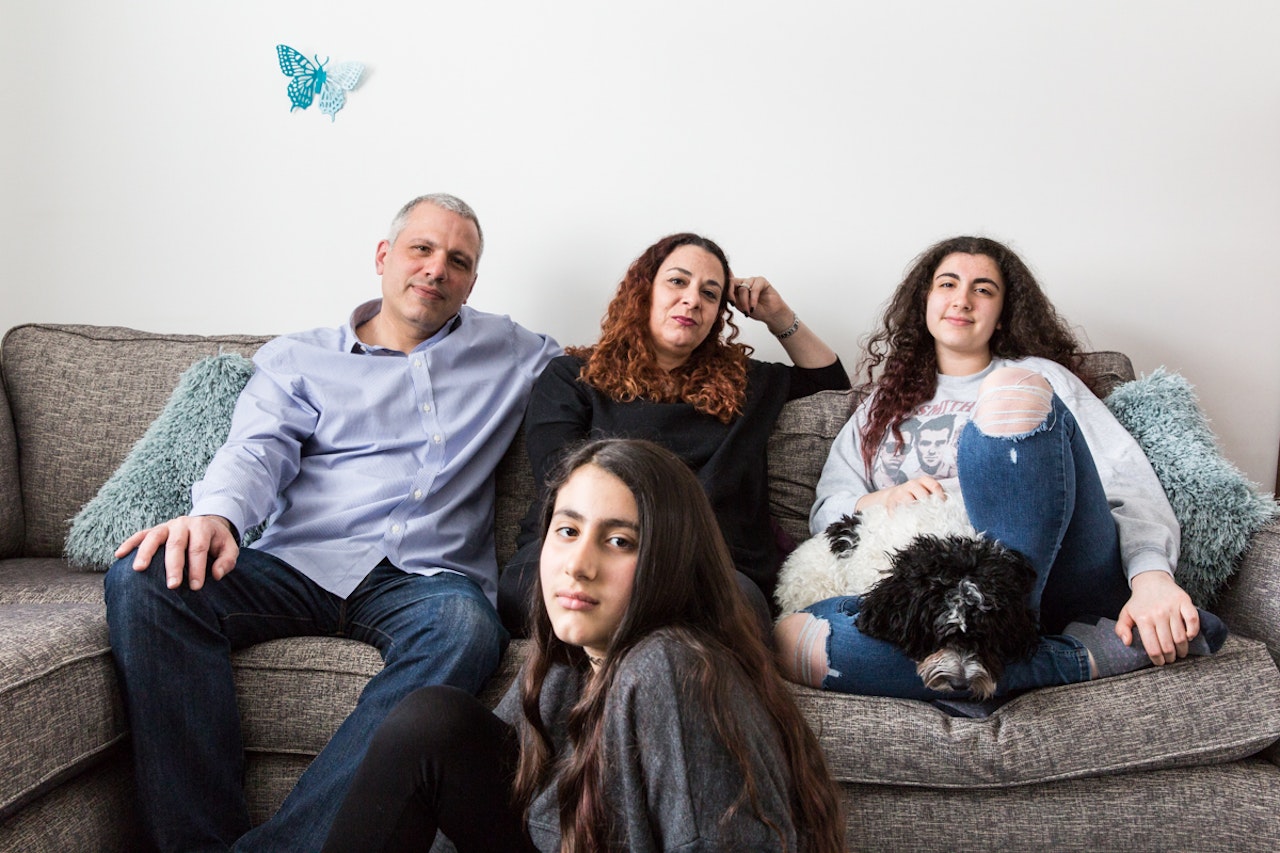 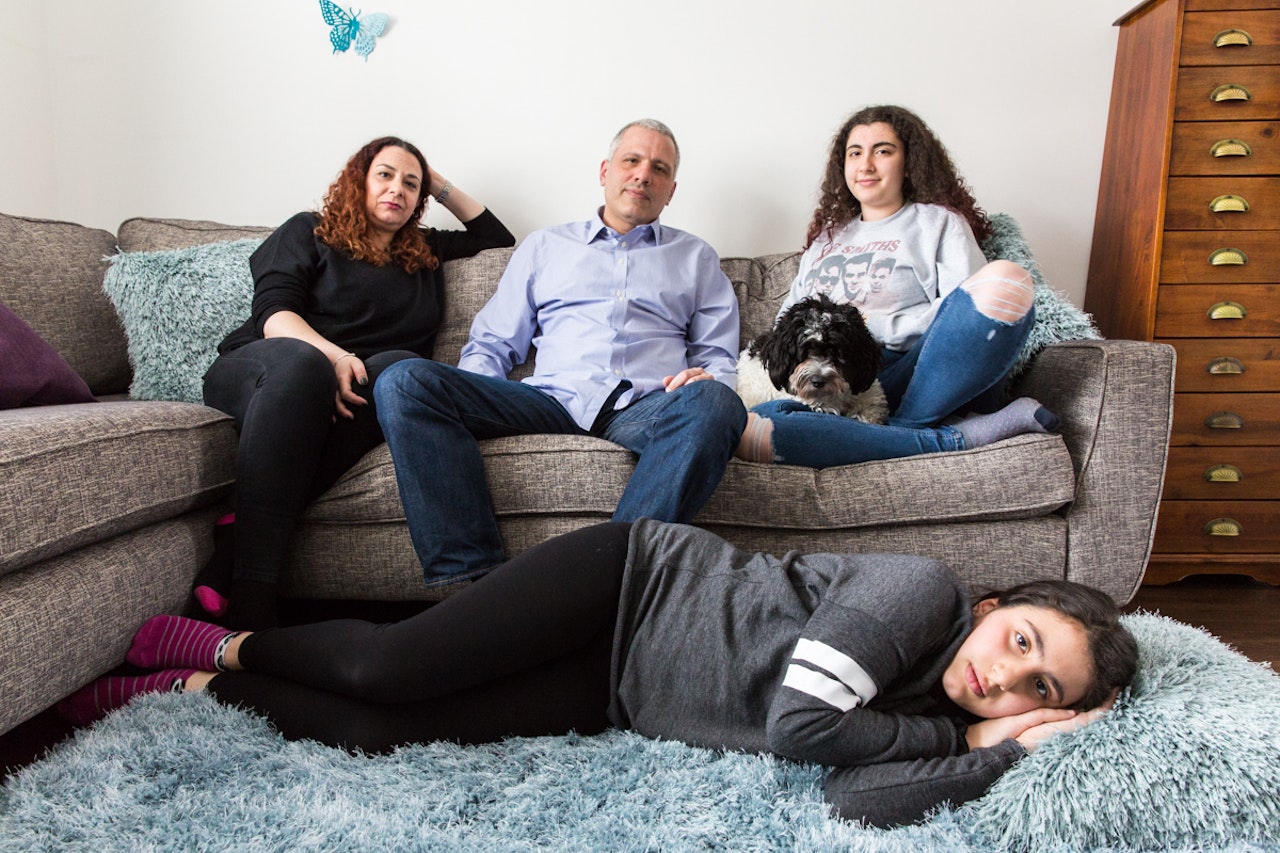 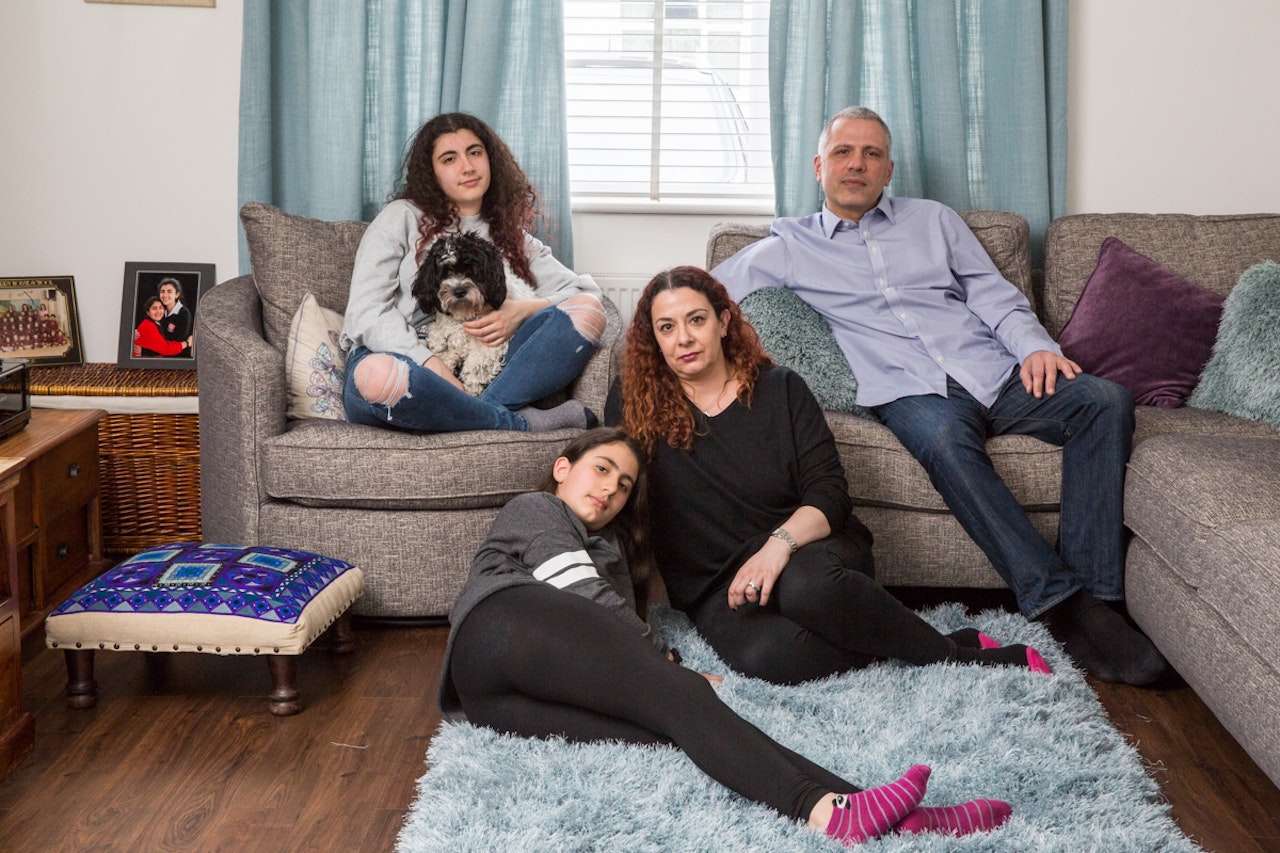 Rana Yaghnam with her husband Nadeem, their daughters Nicole, 14, and Isabella, 10, as well as their dog, Ringo.

Nadeem Yaghnam came to England with his wife Rana 20 years ago after he got headhunted by a British bank in London. For Rana, it was her second time back, as she first came to England to study, aged 16. “I went to boarding school in Kent to do my A-levels,” she says, “after that I moved to Manchester to do my degree, and then I returned to Jordan. It was not my intention to return to the UK.” Currently, she is studying a Master’s with the hope of teaching English as a foreign language.

Nadeem, who works in banking, also studied overseas. He went to university in the States and then returned to Jordan where his family were. Nadeem met Rana at a mutual friend’s party and a year later they got married. Soon after, Nadeem received his job offer and they moved to London. Now they have two girls, both of whom were born in the UK.

Despite living in Jordan from a young age, Nadeem and Rana were actually born in Palestine. “Our parents left when they were quite young,” says Rana, “They had a loyalty to their country as they didn’t willingly leave it, so although we have Jordanian passports, we were born in Palestine and we support it.”

Nadeem says that for them, it was more about the culture and attitude of people in London that attracted them to the city in the first place, rather than the prospect of money. “For us, moving to London wasn’t for economic reasons. We were actually doing much better in Jordan; we had a big house, friends, a social life. Here, we had to start from scratch.”

The ongoing conflict in the Middle East was another incentive for moving away. “Everyone in Jordan has lived in a state of readiness for war for the past fifty years,” says Rana, “and there was always the chance it was going to spread to us.”

“When we came here we saw people spending their whole income, because they knew it would all come again the following month,’ says Nadeem, ‘In Jordan, there was none of that security; we always saved for a rainy day.”

Although they used to travel back to Jordan frequently, it has become more difficult for them to do so now because they have children. “A lot of people come to London thinking they’ll stay for a couple of years and then return home,” says Rana, “but they often end up staying. It’s expensive, yet there’s something about this place that makes people want to stay.”

Other Families from Palestine is he Golzari & Sharif Family