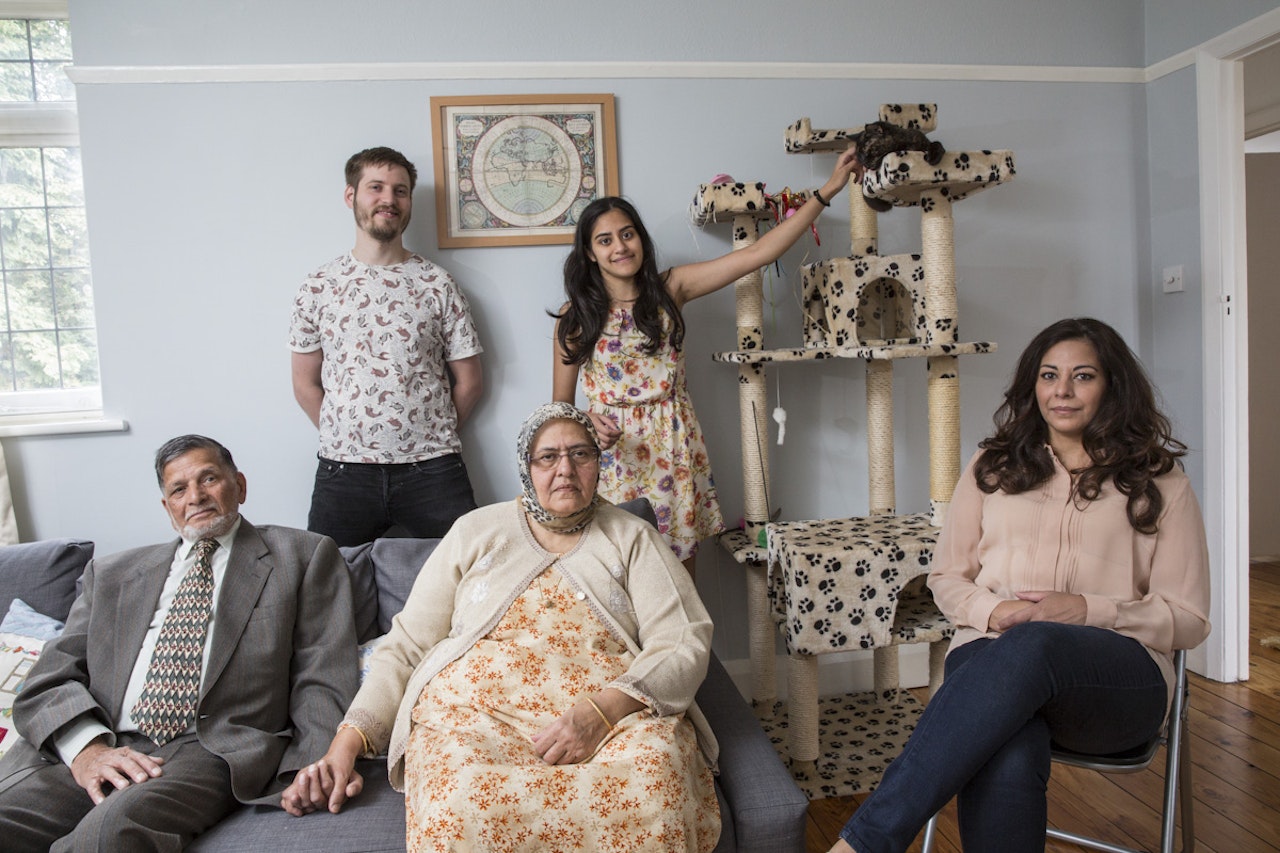 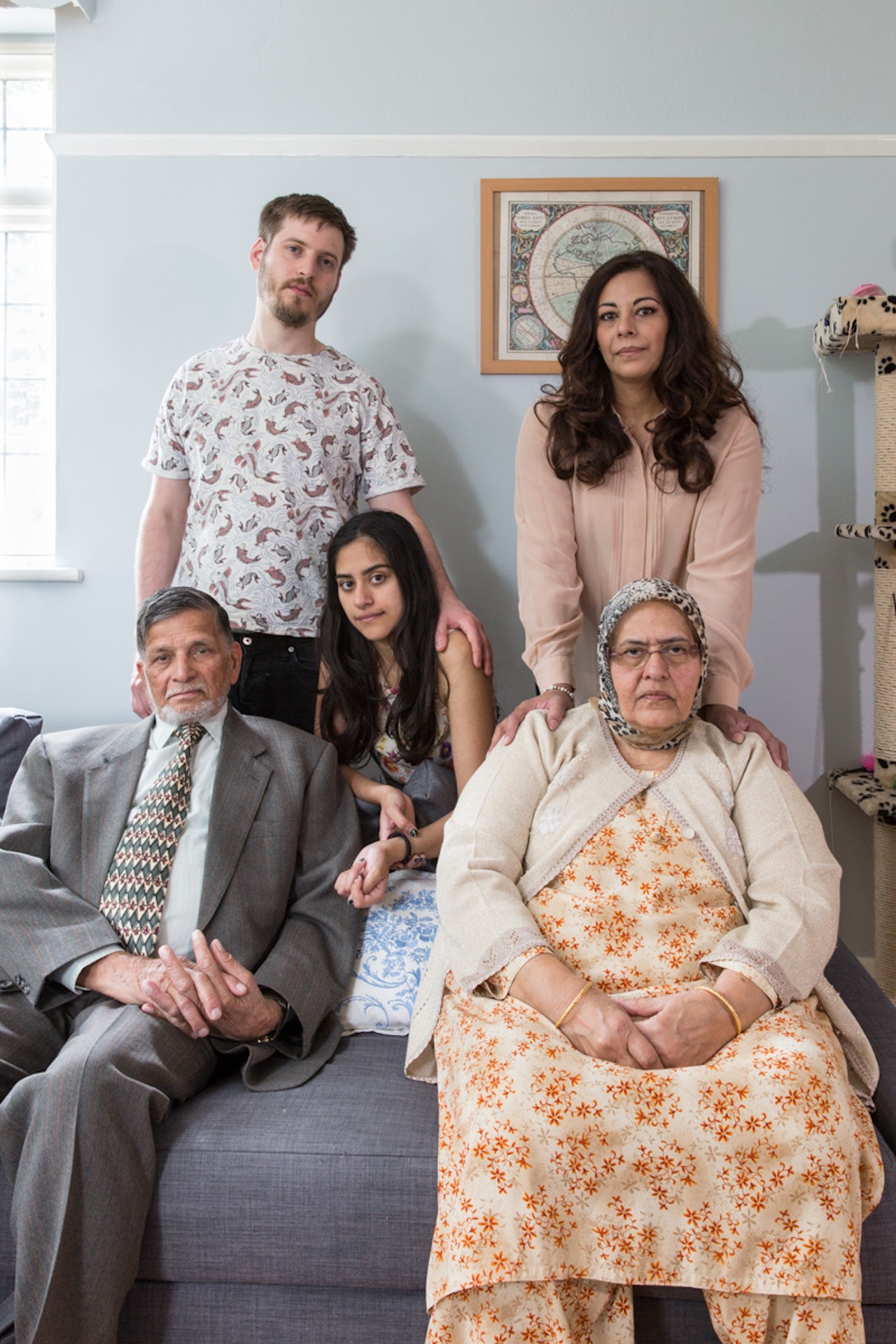 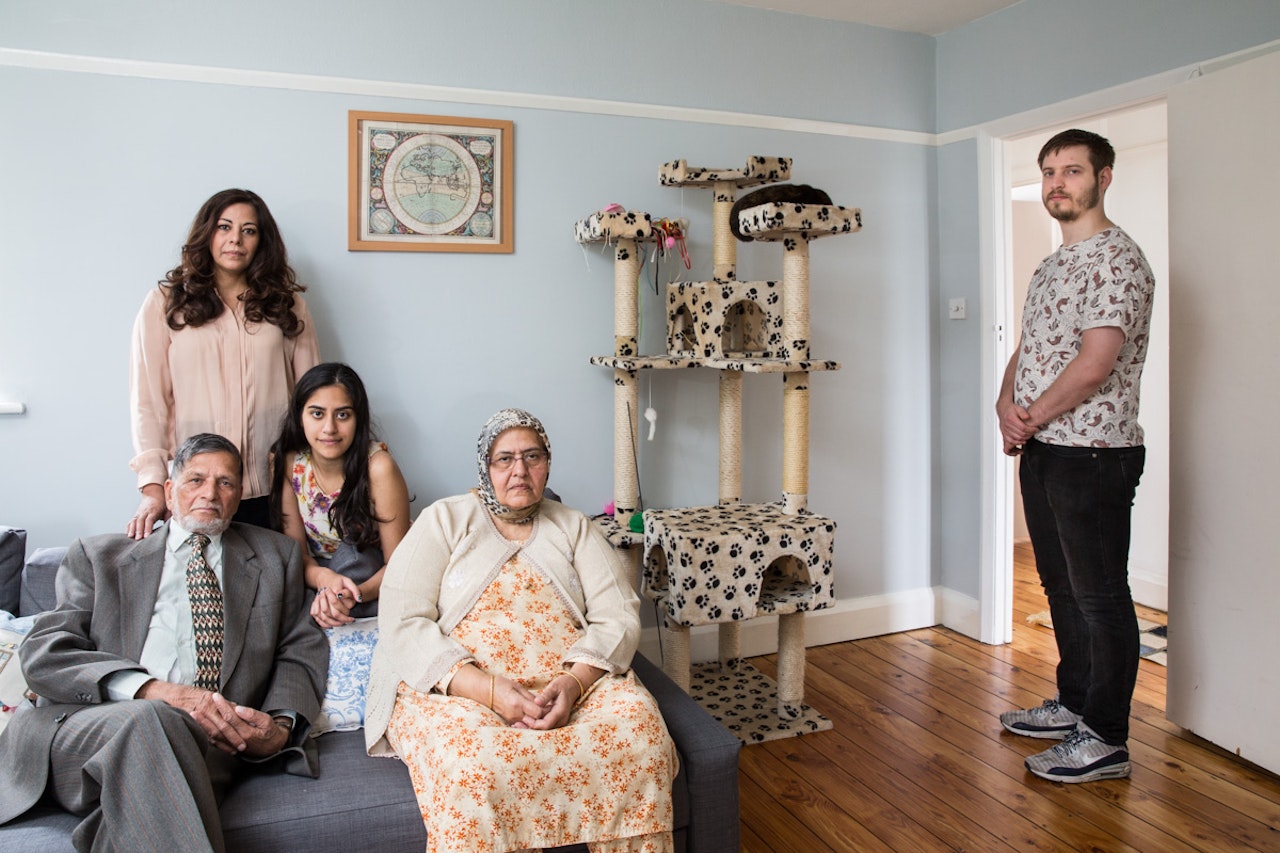 “If I had to call anywhere home,” says Uzma Chaudhry, who moved to the UK from Kenya aged 10, “I would say Britain. Africa would be the second place. Although our ethnicity actually lies with Pakistan, we’re quite remote from there because our upbringing has always been in the colonies.”

Uzma’s mother Parveen Ghafoor was born in Kenya, but when she was three and a half her family had to travel to India, because her grandfather was taken ill. “The journey from Kenya by ship took around two weeks,” she recalls. “We sailed to Bombay. My grandfather died two years later, while the Second World War was going on. There were so many ships being sunk during that period that it wouldn’t have been possible for us to sail back to Kenya, so we remained in India. I returned to Kenya when I was 10 years old.”

Parveen stayed in Kenya and left to the UK before her children turned 18.

“My mum’s side of the family was already settled in Manchester when we came over,” explains Uzma, “so that was one reason why we chose to live in Manchester. It was grim in the seventies, though, and there was a lot of poverty so initially it was a bit of a drop in expectations.”

Uzma says while she hasn’t returned to Kenya since, she does miss it. “I miss that time period,” she says. “Due to the job my father had at the post office, it meant that we lived in a very cosmopolitan area. When we came here, it was a shock to experience racism for the first time; it was the first time we realised we were different. When we’d go to school, we’d get called names – something which never happened in Africa.”

“When I came to the UK,” says Abdul Ghafoor, “I looked for the same job at the post office. However, at that time, the unemployment rate was high and they were unable to give me the same post, so I accepted a different role.” Abdul says he now considers himself British.

Suraiya Chaudhry, Uzma’s daughter, says she feels the strongest connection to London, because she was born here. It was while studying performance design at Central Saint Martins that she met her boyfriend Alex, who is from London and born to a Jewish family. When people ask where her where she’s from, Suraiya says she’ll often answer the question differently depending on who’s asking: “If I feel someone is genuinely interested in where I’m from, I will explain. Sometimes I just say I’m from north London and they want to know where in India I’m from. I’ve never been to India, so it kind of annoys me. I’ve never been to Kenya either, although I’d really like to go. I’d love to go to Pakistan, too, but everyone seems to have different opinions about it; some love it, while others think it’s really dangerous.”­

Uzma says that her ex-husband, Suraiya’s father, travels to Pakistan quite often because he has inherited land over there, so Suraiya would have family over there if and when she decides to visit.

Also from Pakistan are the Al-Khaburi Family, the Shamis Family, and the Masoud Family.