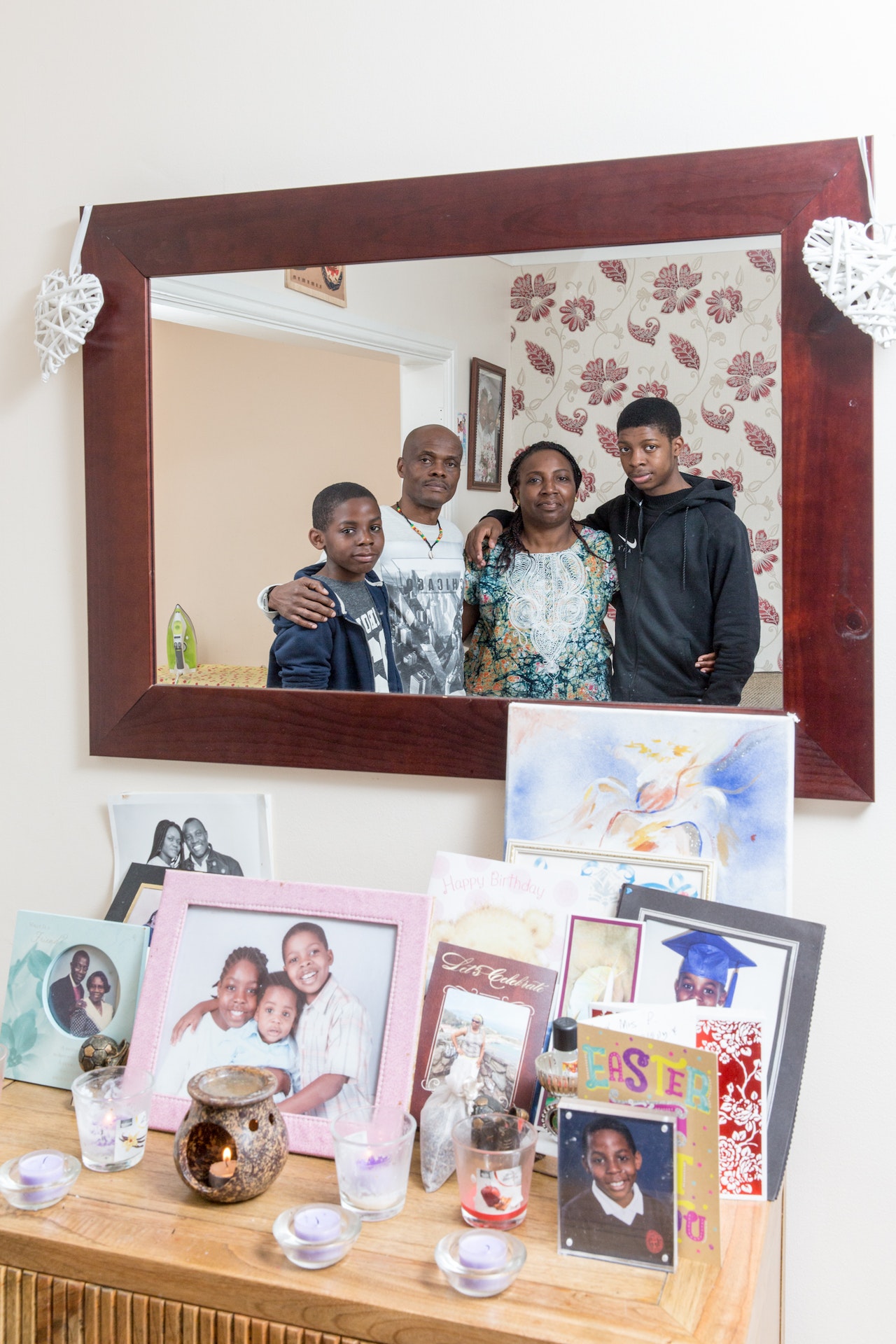 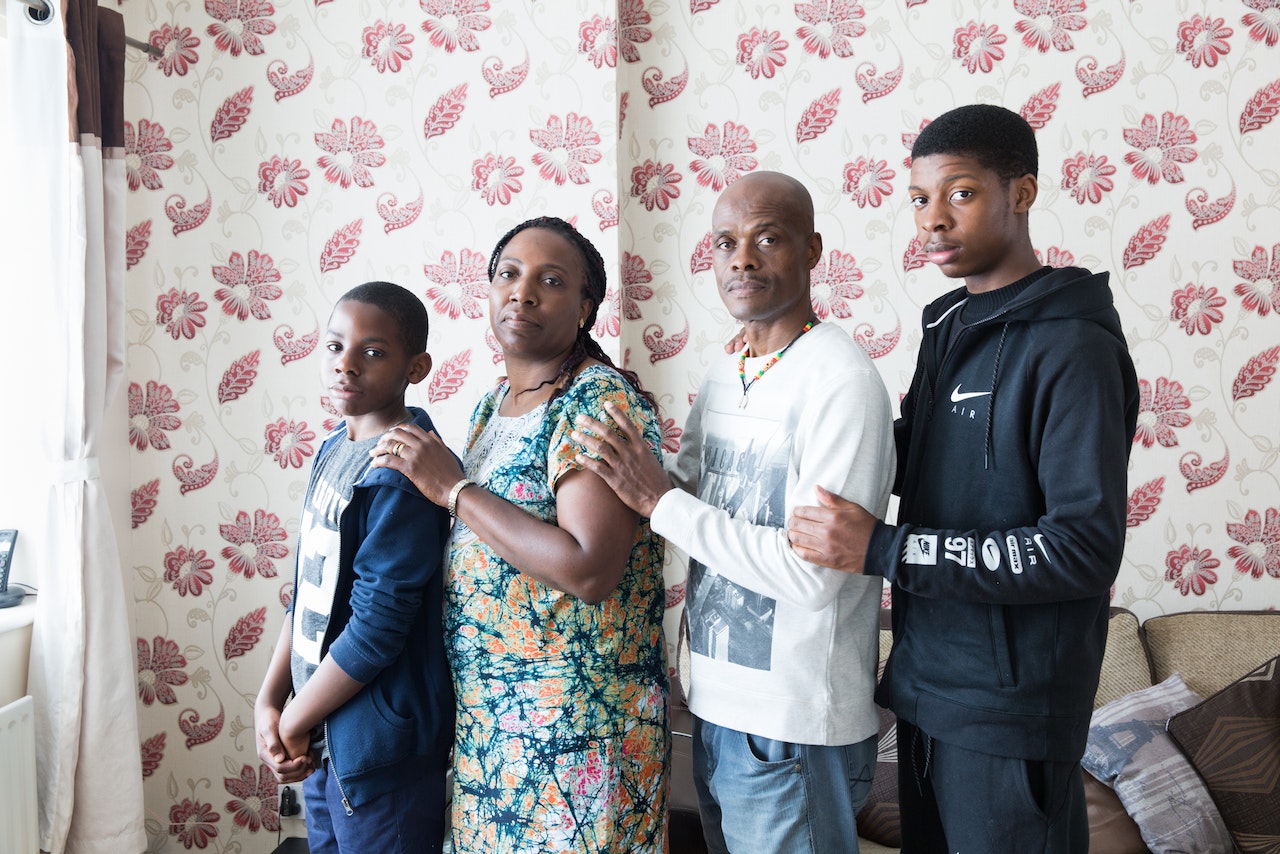 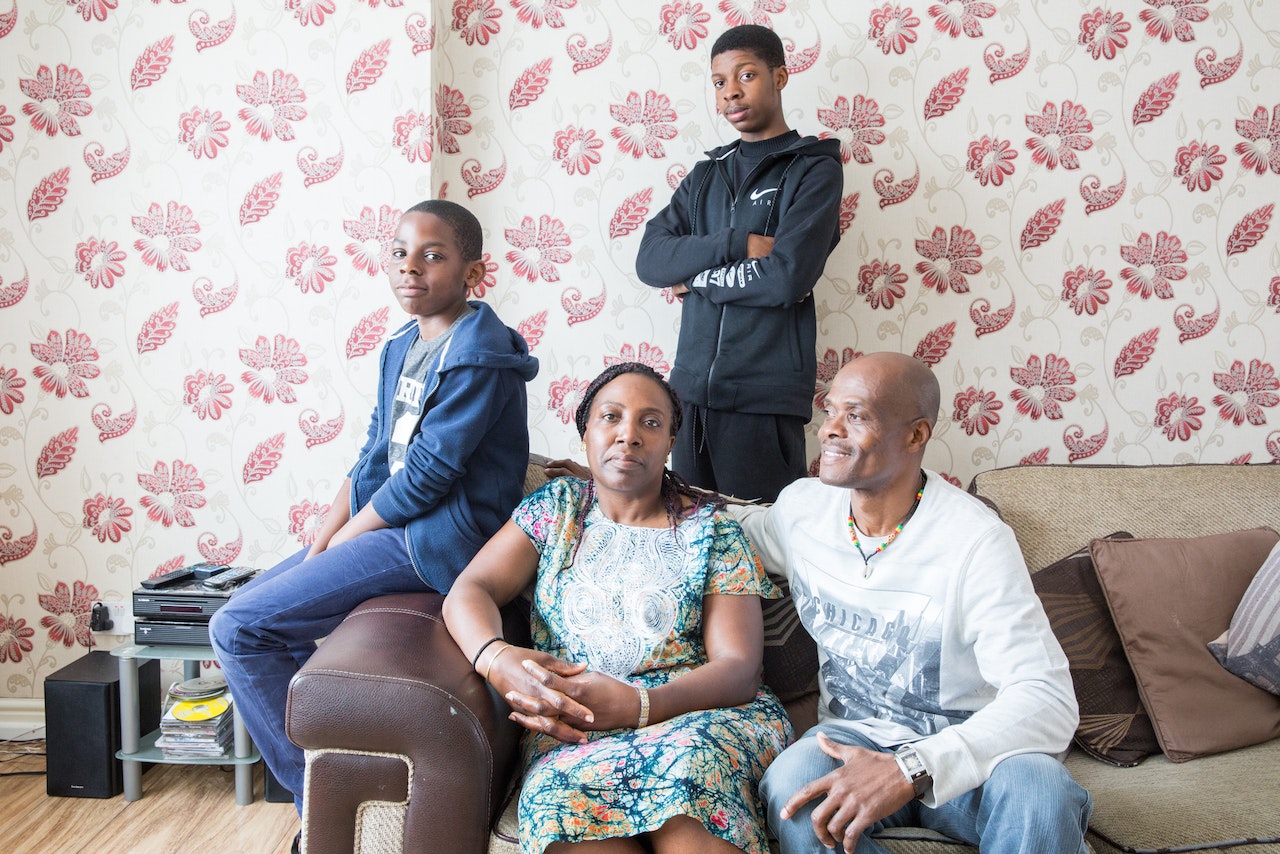 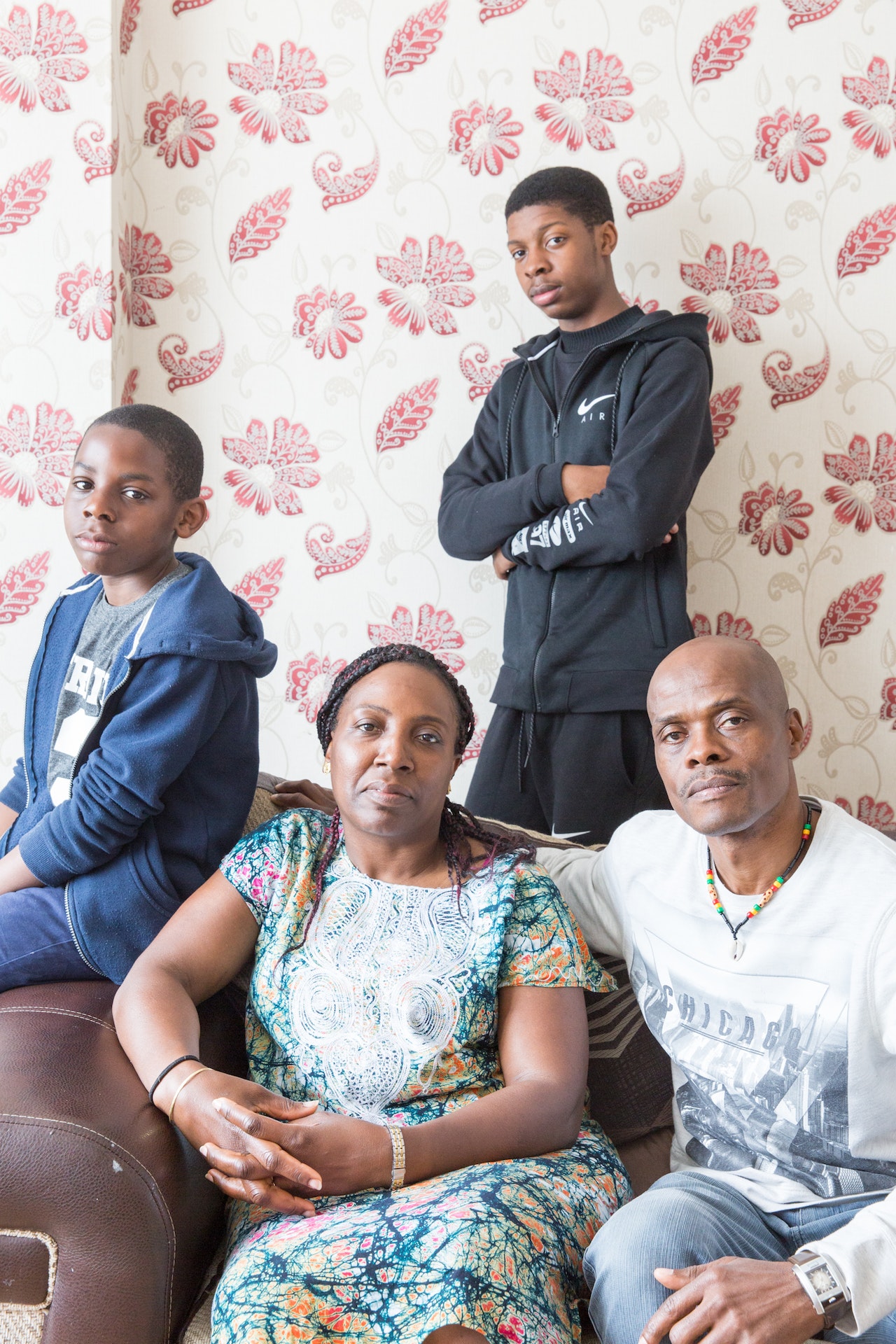 Paul Choloply with his wife Chaldelia and their two sons, Kasa and Paul.

Chaldelia Choloply first came to England in 1991 to complete her university studies, because there was a civil war going on in Liberia at the time. “I was studying English and Literature in Liberia,” she says, ‘then I came to Chester College, which was part of the University of Liverpool. My brother was living in London already so I stayed with him and his wife.”

While her brother moved back to Liberia 10 years ago, it was through him that Chaldelia met her husband Paul.

Paul left Liberia in 1988 to complete his studies too, and then couldn’t return to Liberia because of the civil war, so he remained in England.

In 2015, the pair went back to Liberia along with their sons Kasa and Paul.

Chaldelia: It was their second time visiting and my third time back since leaving in 1991. Paul goes back regularly.

Having started a renewable energy business in Liberia, Paul has been back around six times now. Although he studied computer science, his interest shifted to solar panels after seeing first-hand what it’s like for people living without proper electricity.

Paul: After the civil war, the situation was really bad in Liberia; infrastructure was damaged and the electricity crashed. I thought about what I could do to help and I jumped straight from one job to the next. So far, the business has been going for one year and, at the moment, we’re trying to get the government to go renewable, but we don’t know what the future holds.

Chaldelia: While he’s away, I’m here with the children. I work in finance and admin so I work full-time as well. Our daughter is away studying Sports Science at Northampton.

Although he spends time between both places, Paul says he feels most at home in the UK because of the family ties he has here, and for the fact that he has been here since his teens.

When it comes to football, his loyalties are also divided. Supposing he had to choose one team to support if England was playing against Liberia, he says: “I’m in two minds; I suppose I’d support the best team on the day!”

Now that they have lived away from Liberia for a long time, the Choloplys have a big family base not only in the UK but across the world.

Chaldelia: There are seven of us here. My father was a clergyman and my brother is a priest, so they’ve stayed here for many years. I have quite a few siblings in the US, two in Liberia and I’m here in England.

In regards to the growing resentment directed towards migrants in England, Chaldelia says that while she hears about incidents in the news often, she has personally never had any negative experiences. However, she makes sure that they talk to their children about the importance of being aware and careful when they go out.

Paul: The future is here because we don’t know what the kids are going to do when they grow up. If my business is successful in Liberia, I’m going to be there a lot. It all just depends on what they decide to do in the next few years.