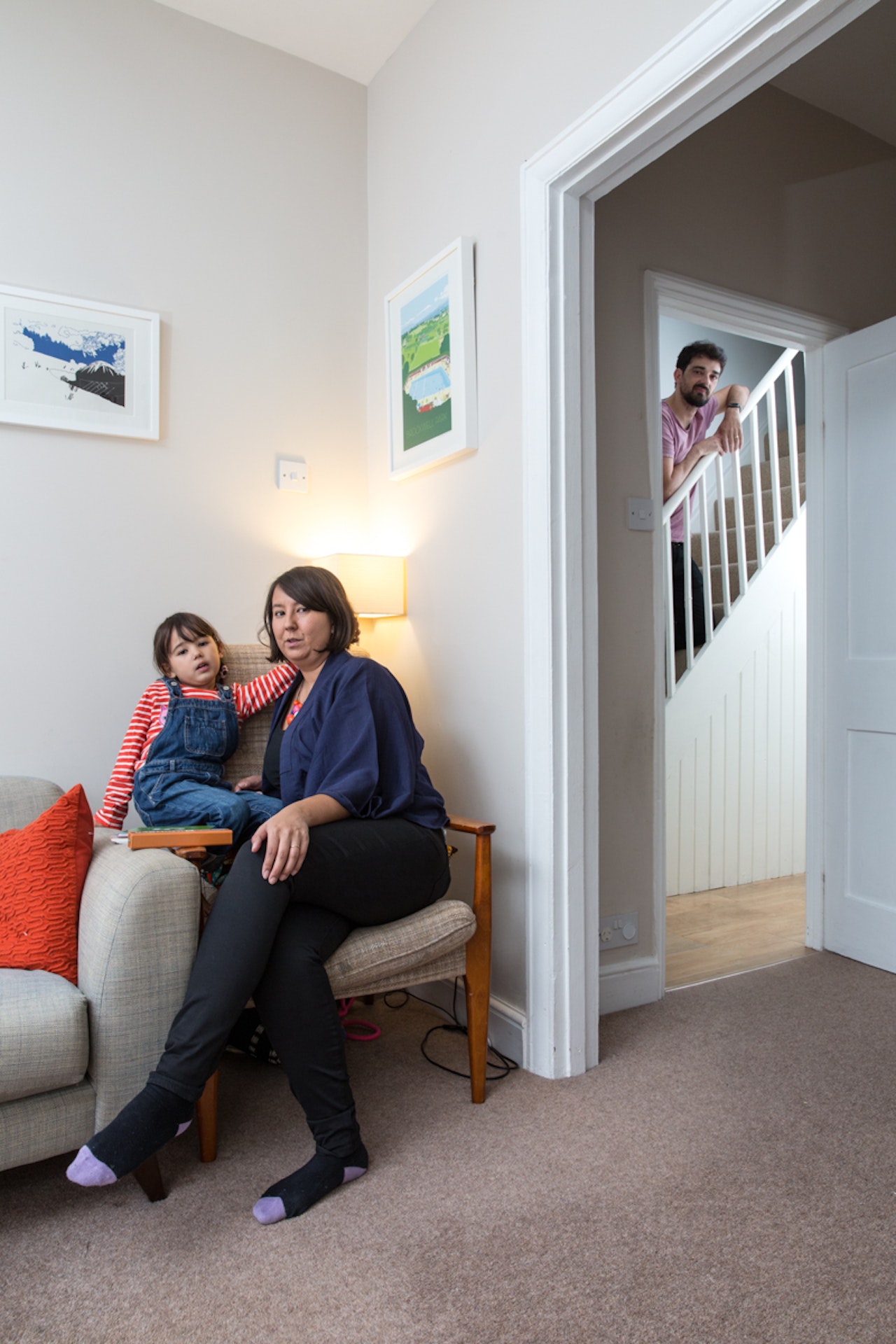 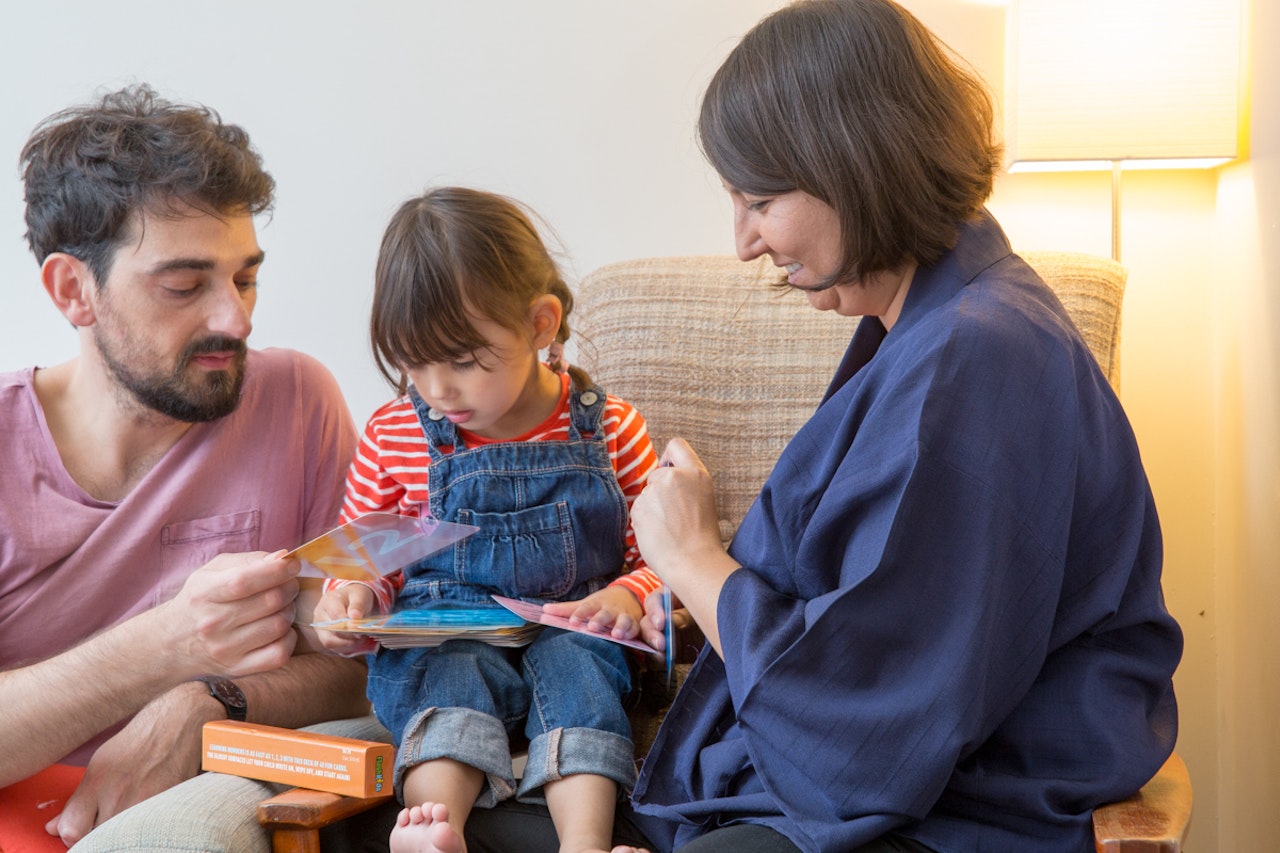 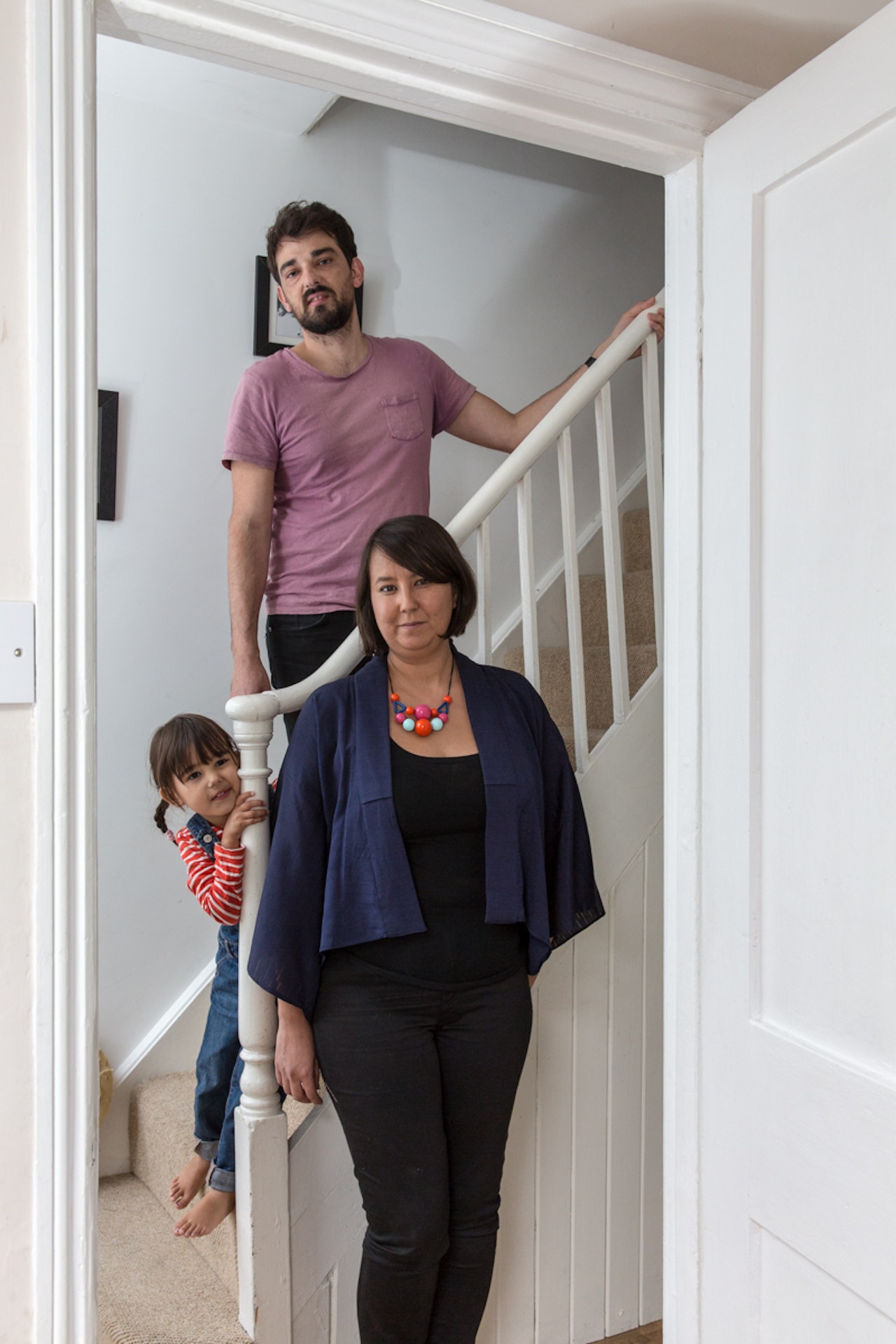 Melanie and Jamie Yurt with their daughter Liala, 3 and a half.

“My dad is English, a television engineer from Somerset, and my mum is Malaysian from Penang,” explains Melanie Yurt. “She came here in the early 70s to train as a nurse and has stayed ever since. My parents met at the international club in Taunton.”

“Growing up, I suppose I did experience prejudice in primary school and secondary school; I was called a chink, a Paki, other words more related to black people: wog and nigger. And for Chinese New Year, my sister and I always had to perform. My Aunt sent us this incredible Chinese lion’s head and we would have to parade in front of the whole school. I had the head, my sister had to be the back half and she has still never forgiven me.”

Melanie: My Mum speaks Hokkien, which is quite an unusual dialect—it’s a shame we never learned to speak it—she also speaks Cantonese, Malay and English.

Melanie met her husband Jamie at Nottingham University. Upon graduating in 2000 he got offered his first job in London, and the couple have been here ever since.

Jamie: My mum, a dressmaker and blinds maker, is English, and my dad is Turkish, but he lived in Rhodes, Greece. He’s a builder. My mum met dad while she was on holiday there and then they came to the UK. They used to live in Fulham, London, but now live in a tiny village in East Sussex. That’s where my sister and I were brought up.

After Melanie and Jamie had their daughter Laila, Melanie gave up full-time work to work from home. “My mum trained her up making blinds and now she is doing that,” says Jamie. “I am an interior designer and I’m also self-employed—our house is our office. Laila goes to preschool now and we drop her off up the road—it works well for us as a young family.”

“I would like to take Laila to Malaysia, obviously,” says Melanie, “we still have a lot of family there but we haven’t been for eight years now maybe.”

“We are proud to be mixed, but in terms of everyday we consider ourselves English,” says Jamie, “we are just normal Londoners.”

Both Melanie and Jamie appreciate the diversity of London, though Jamie recognises that they may not stay here forever. “Many people make their money here then move out for a better quality of life. I assume that will happen to us, although we have no plans to leave at the moment. But there is a feeling of transience.”

Other families from Turkey are the Yalin Family, the Shamis Family, the Ciba Family, and the Noble & Barnett Family.