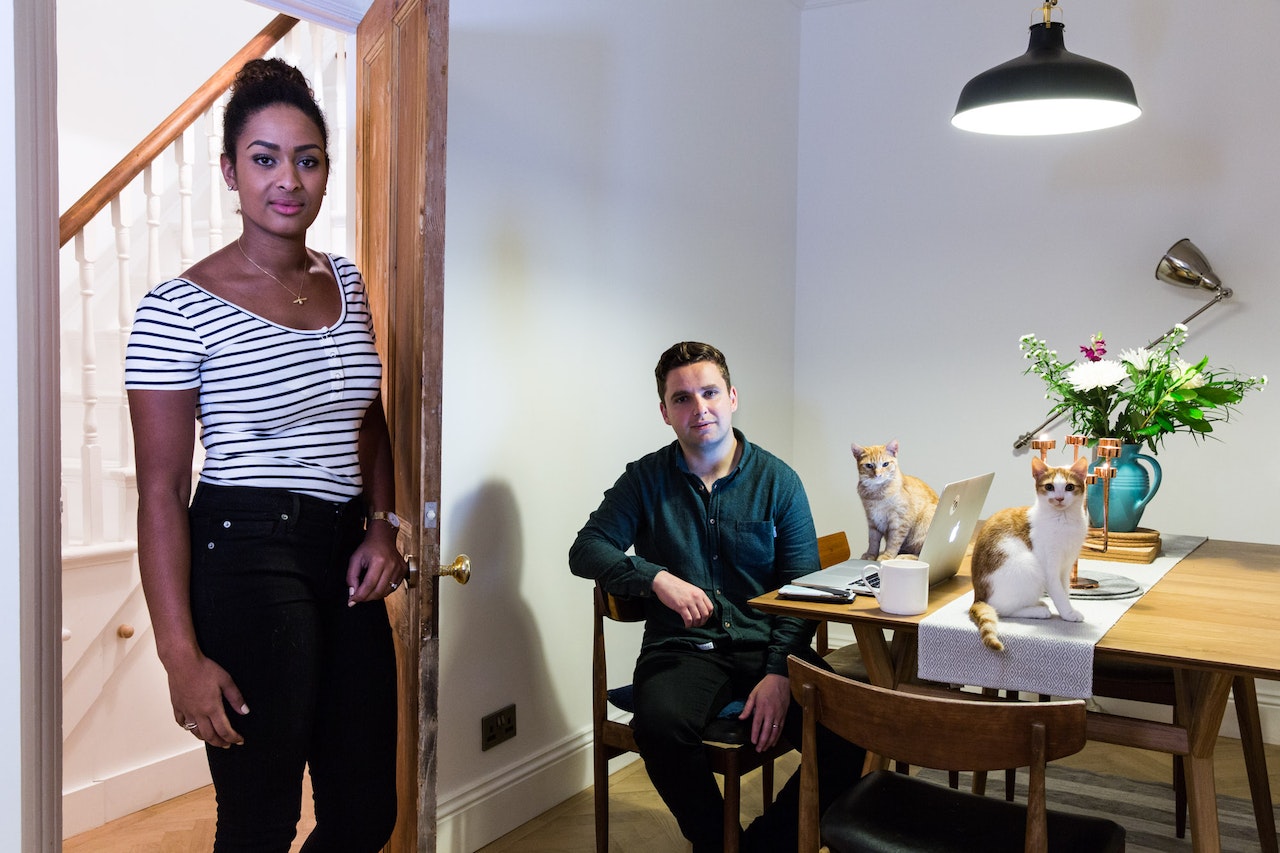 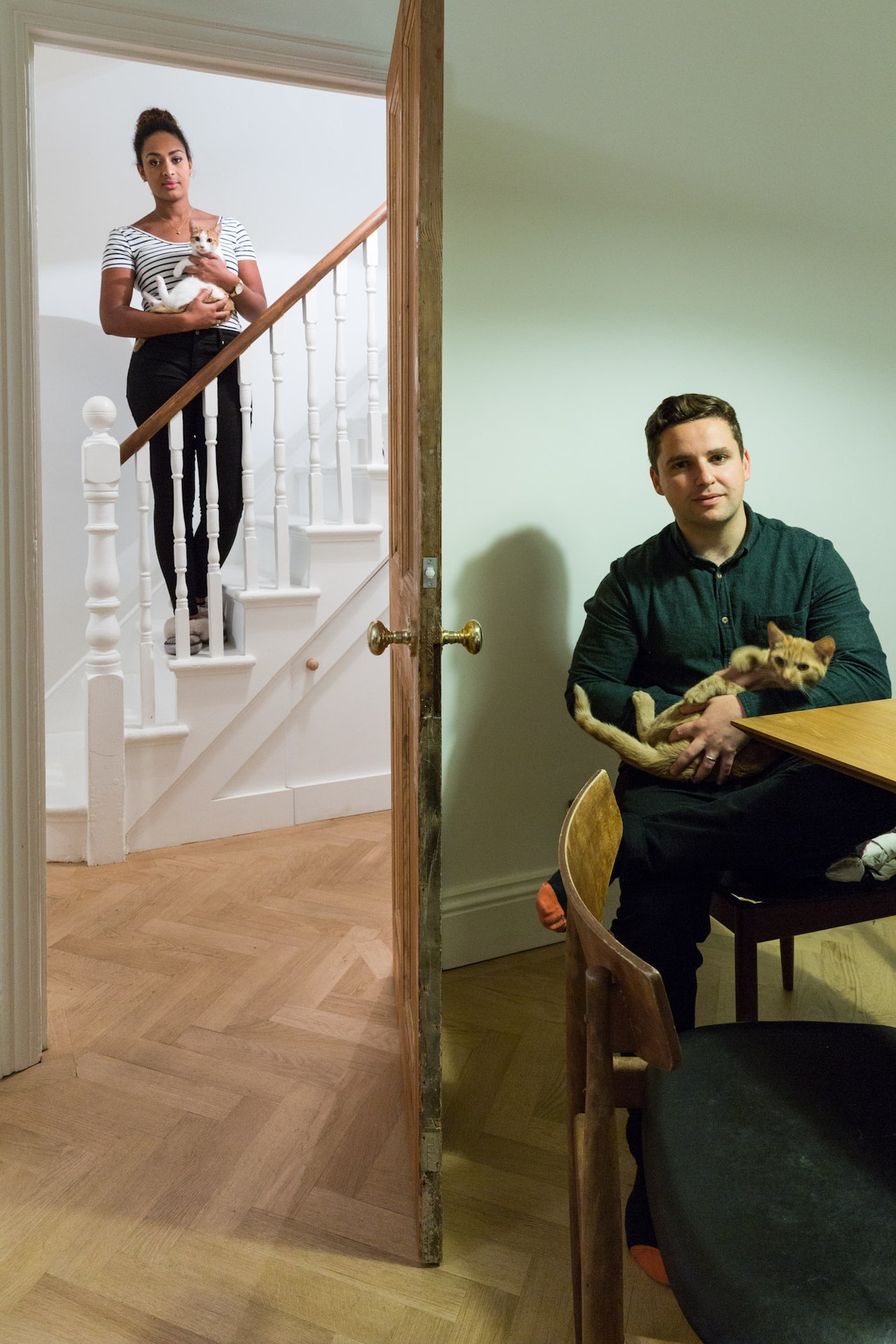 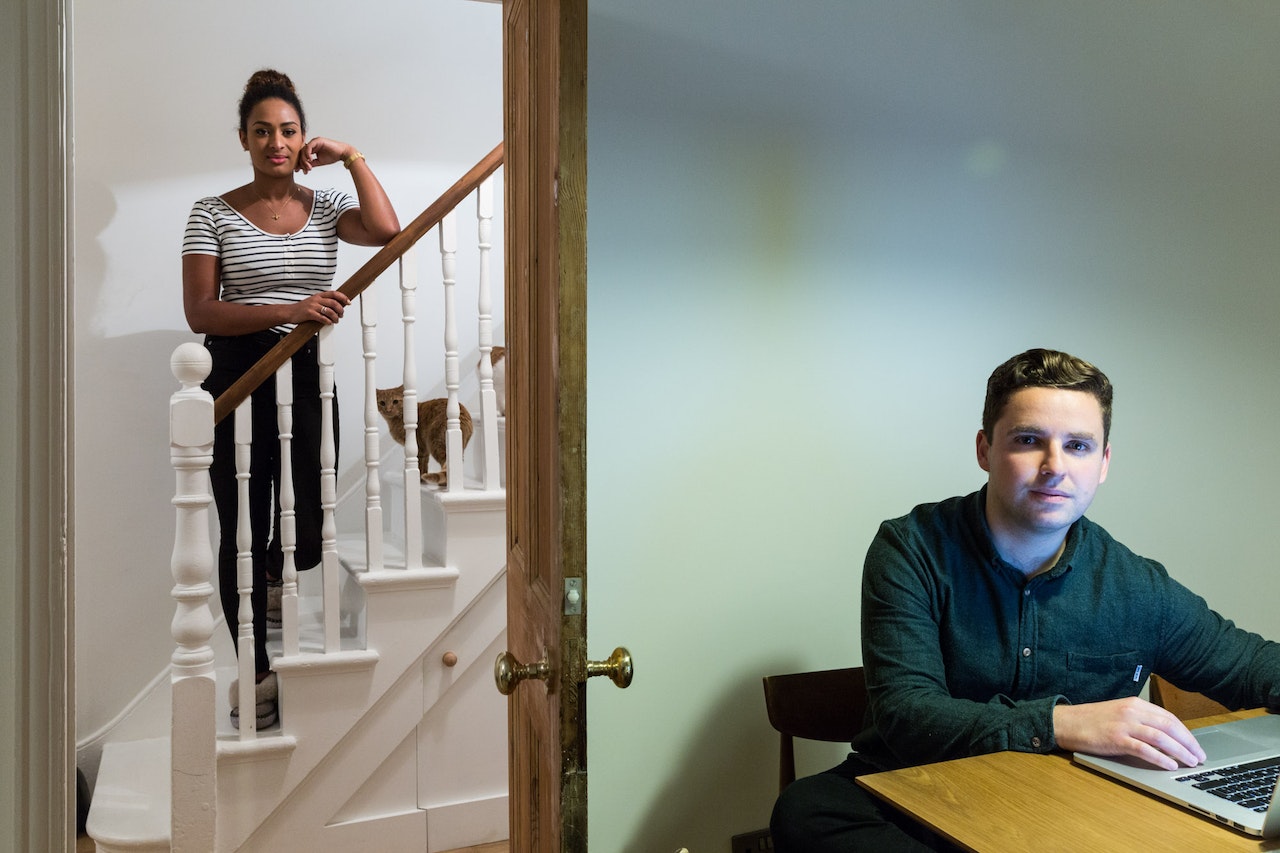 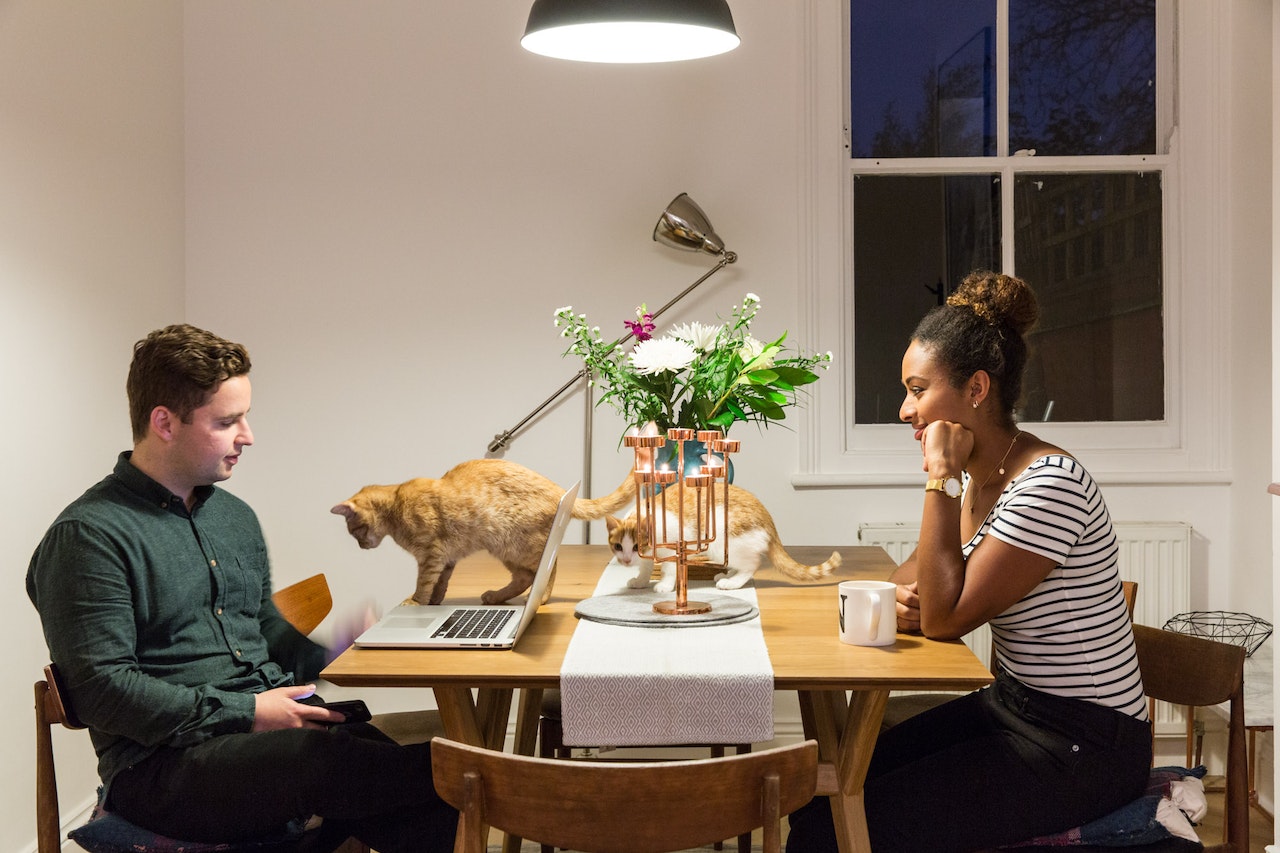 It was while working at Foxton’s estate agents in central London that Nyamoi met her husband Sameer. Back then, Nyamoi was taking a year out between her undergraduate course and MA, and she worked at Foxton’s for around one year before returning to university to study Architecture.

While Nyamoi and her mother were both born in London, her dad came to England from Mali when he was in his early twenties and worked with Nyamoi’s mother at London’s Africa Centre. Now, he lives back in Mali and visits England to see the family every summer for a couple of months; Nyamoi returns every two years to Mali. “My dad is one of nine and they all have kids,” she says, “so it’s a big family.”

Sameer: My dad came to England from Syria in the 70s. He’s a doctor. My mother, who is a nurse, is from Wales. They went to university together in Scotland. My dad was at the Royal College of Surgeons and my mother was doing her midwifery there. After that, they moved to Saudi Arabia for a few years, then back to Wales, and then to the Midlands.

Sameer says that although he used to go to Syria every year when he was younger, he hasn’t been back since he was 16.

Geographically speaking, Nyamoi says she feels very English. “With my dad being in Mali and my mum being here in the UK, I would go to Mali and feel very much Malian, but then I would be in the UK and I would find it hard to relate to that culture, because there wasn’t anyone else around me from Mali.”

Nyamoi: It’s a shame there isn’t a Malian community in London, but when my dad comes back, we’ll see friends and hear lots of Malian music; it’s then I feel very much part of it, but when he’s gone, it’s just not there.

Sameer, on the other hand, has a close Syrian community in London because of his father. “When my dad moved here,” he says, “he came with five of his best friends; all of them doctors and married to British women, so we spend a lot of time together. In the UK, most of my friends are English, apart from those I met at university. I don’t really feel that Welsh, because I sound English.”

Being a white Muslim, Sameer says he feels English returning to Syria and in the mosque he is invariably the only white-looking Muslim. For this reason, he says, he feels a bit of a nomad sometimes; not really belonging to one group or another. However, Nyamoi adds that they don’t feel like outsiders either.

Nyamoi: For years, I always thought “let’s move somewhere else, work there and see what we can do”, but London is a hard place to give up.

Also from Syria are the David Family and the Traore Jameel Family.