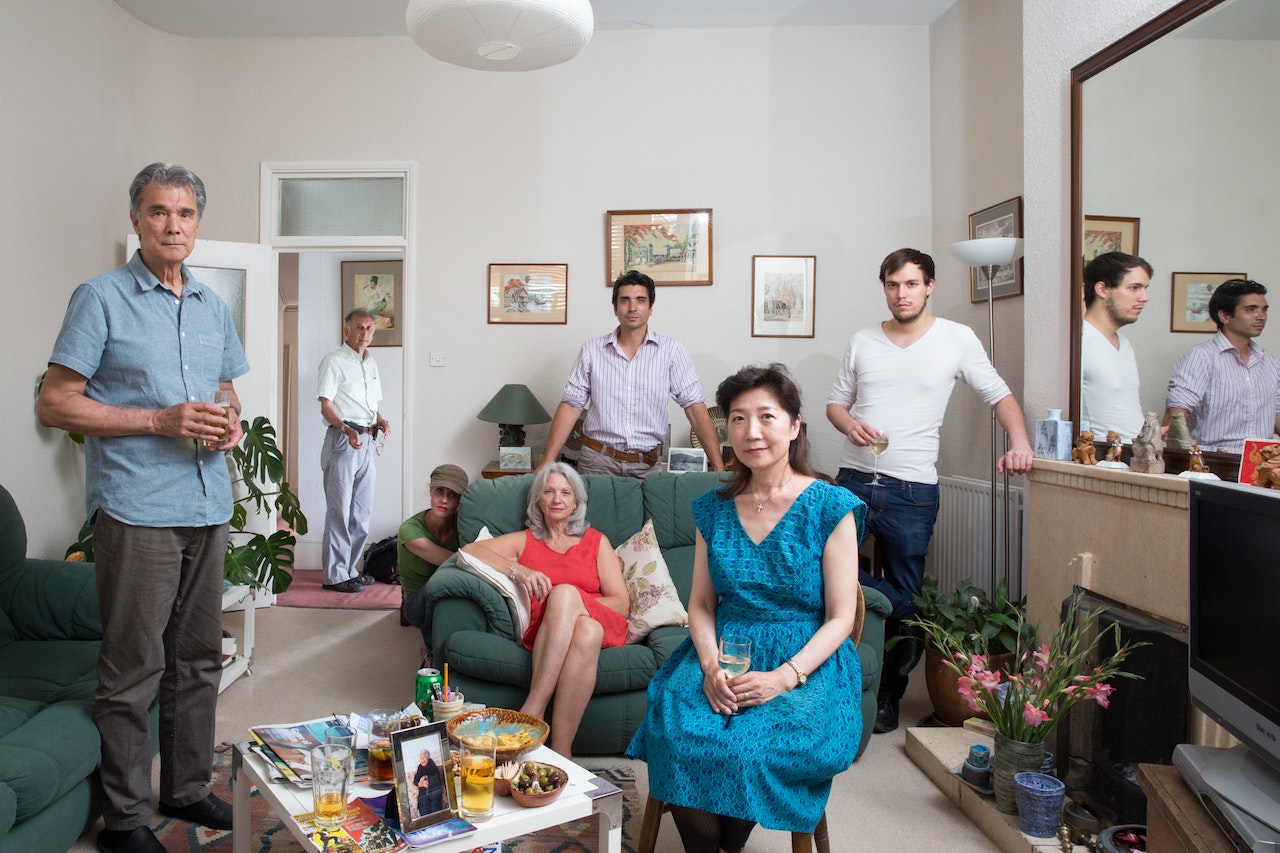 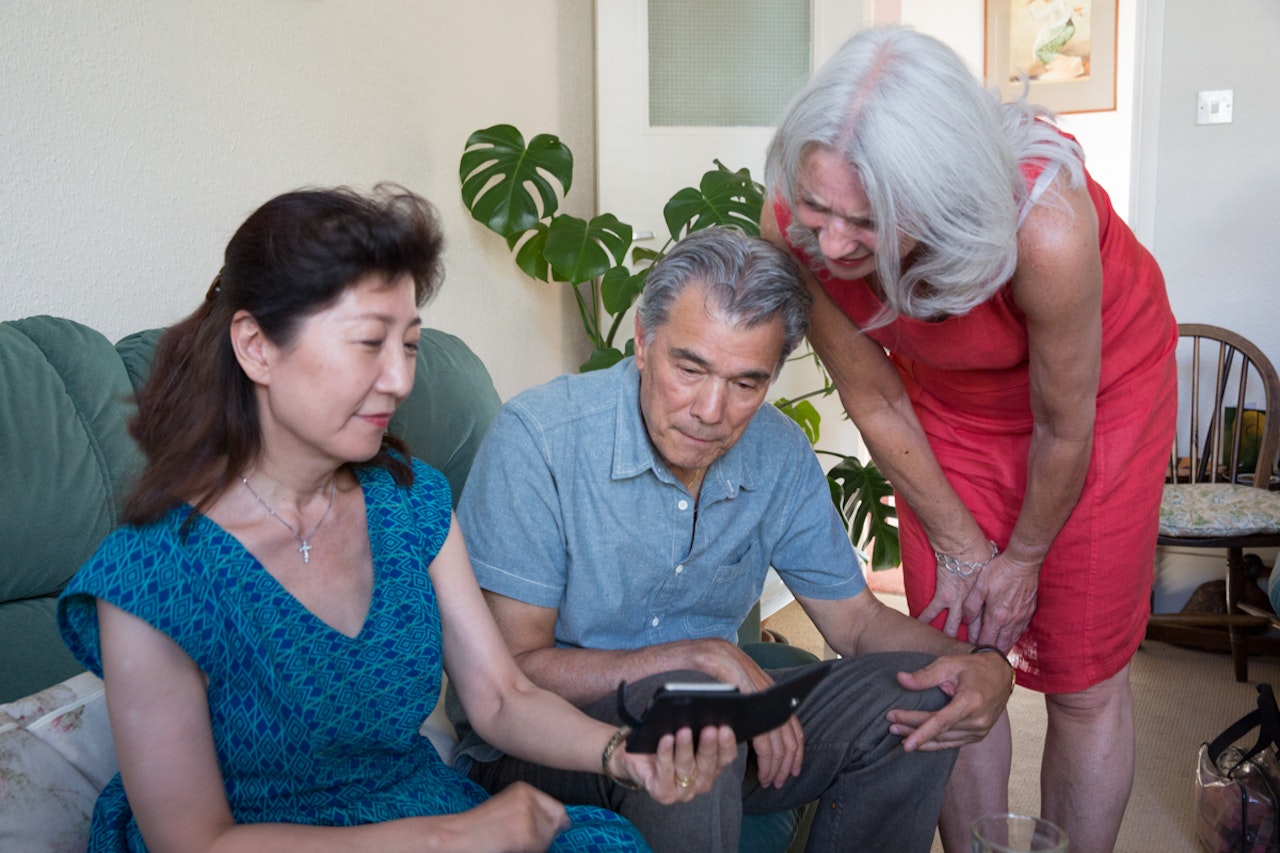 Chris Steele-Perkins with his wife Miyako Yamada and his son Cedric. Chris’ half-brother is Thein Mynt, his wife Jean Miller, their son Lewin, and his partner Francis.

“People often ask me where I’m from based on my accent, but a lot of people here don’t know about Burma—they ask, ‘Bermuda?” says Thein Mynt, who was born in Namtu, Burma. “Some British people had family who were in the war there, but they don’t know it”.

“I was 22 when I came to England in 1963” he continues, “I was as a trainee with Dunlop Tyres in Birmingham. They sponsored my visa because my mum’s company in Burma was part of Dunlop—they retread old tyres for those who couldn’t afford new ones”.

After four years there he was moved to the London branch in Wembley for two more years.

“Then I met up with two boys from Burma and just did casual work” he says, “We became friends, and eventually the three of us ended up in Ealing. That’s when my mother came to Ealing from Burma, and I moved in with her”.

“I met Jean in a club in Earl’s Court. We’ve now been together for the last 42 years and we’ve got a wonderful son, Lewin, who works as a landscape gardener”. Jean Miller is a happily retired teacher. Originally from Essex, she moved to London when she was 18 to study at Stockwell College of Education and ended up staying.

“I’ve been back to Burma twice, once with my mother and the second time with Jean”, Thein continues. “During this second trip I realised that it was definitely not a country I wanted to live in. Every time I went back I felt and was treated like a foreigner. I don’t have many connections there other than my cousins. That, and I’ve made my home here in England. I’m 75 and still not retired—I’ve done several jobs in my time—my last job was working at a university”.

Chris Steele-Perkins was born in Burma, but doesn’t remember much having only been there for two years. “I think one of the memories I thought I had isn’t a memory, it is just something that I made up. But I’m kind of curious to learn more because I don’t know anything about it, unlike Thein who spent much more time there. It almost seems to divide people who make a big thing about their background and roots, and that is perfectly valid, and then those who say that is the past and I’ve moved on and this is the present and this is what I feel”.

Other Families from Australia are theScatchard-Shahpazova Family, the Marching & Nichols Family and the Peters & Seidemann Family. From Japan are the Mizuno Family and the Tenzing & Rentschler Family