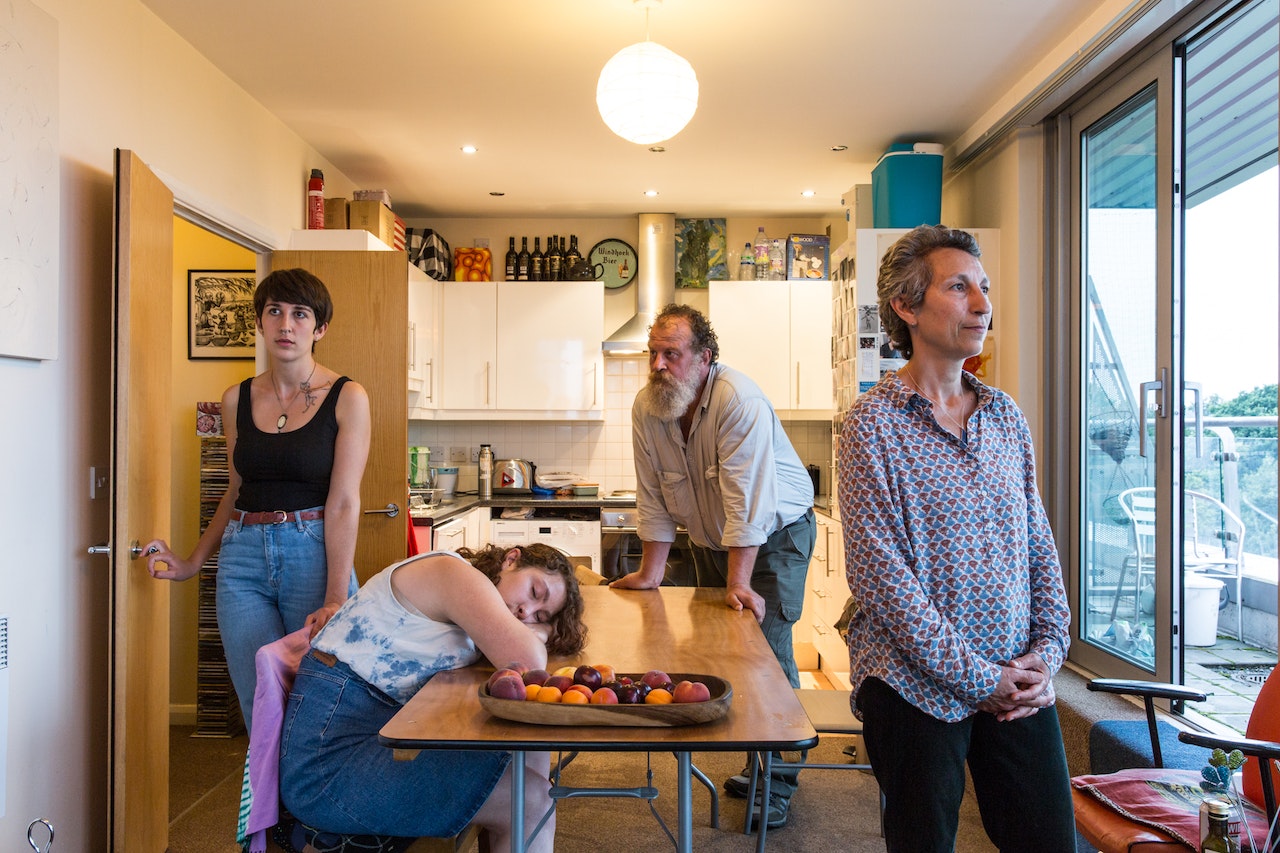 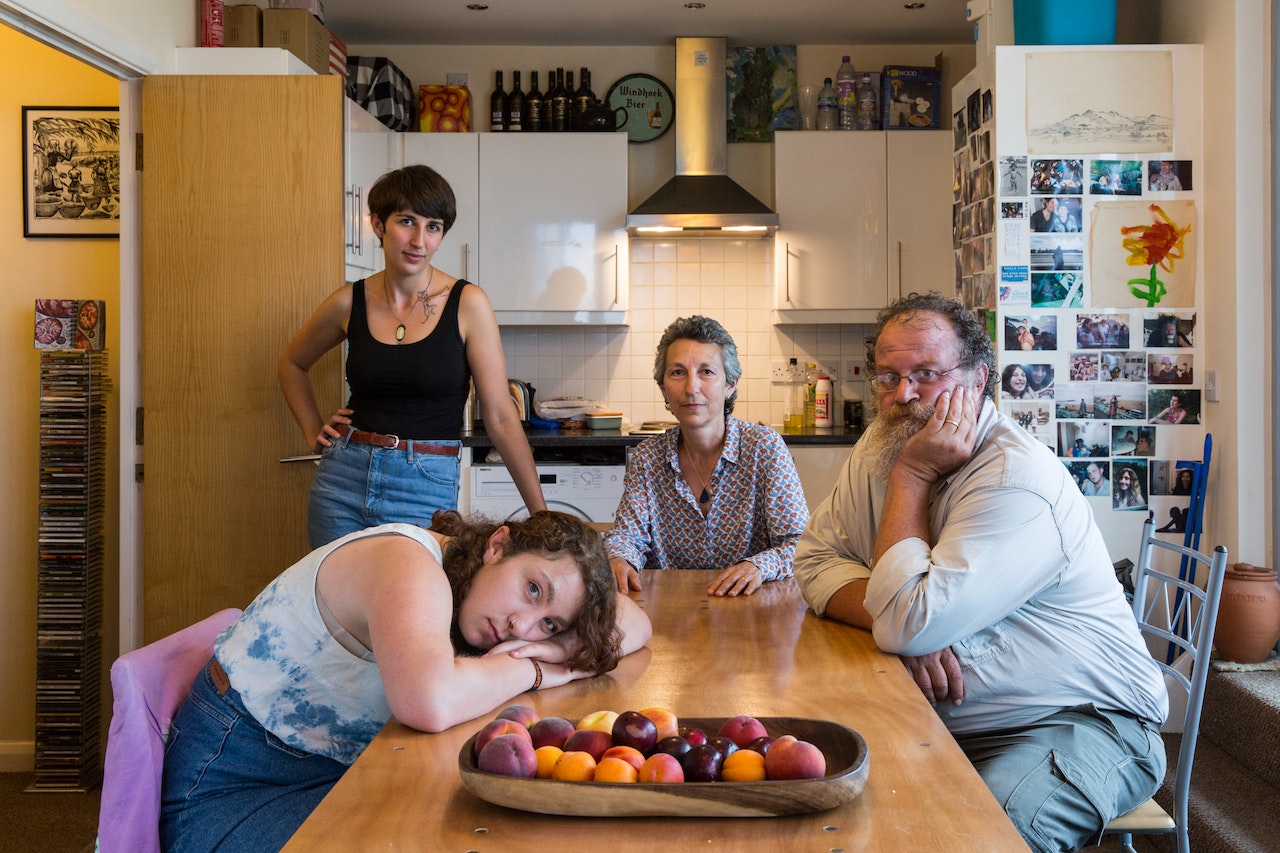 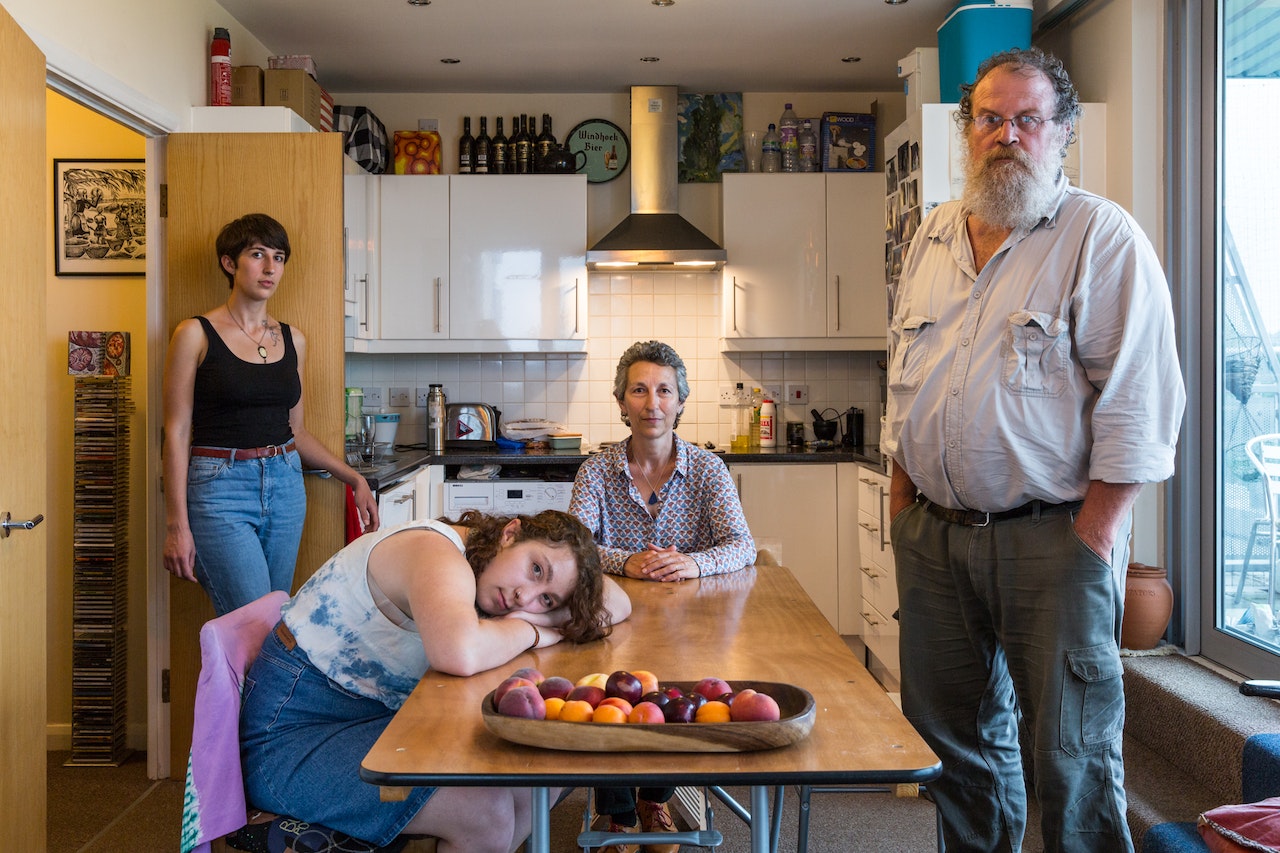 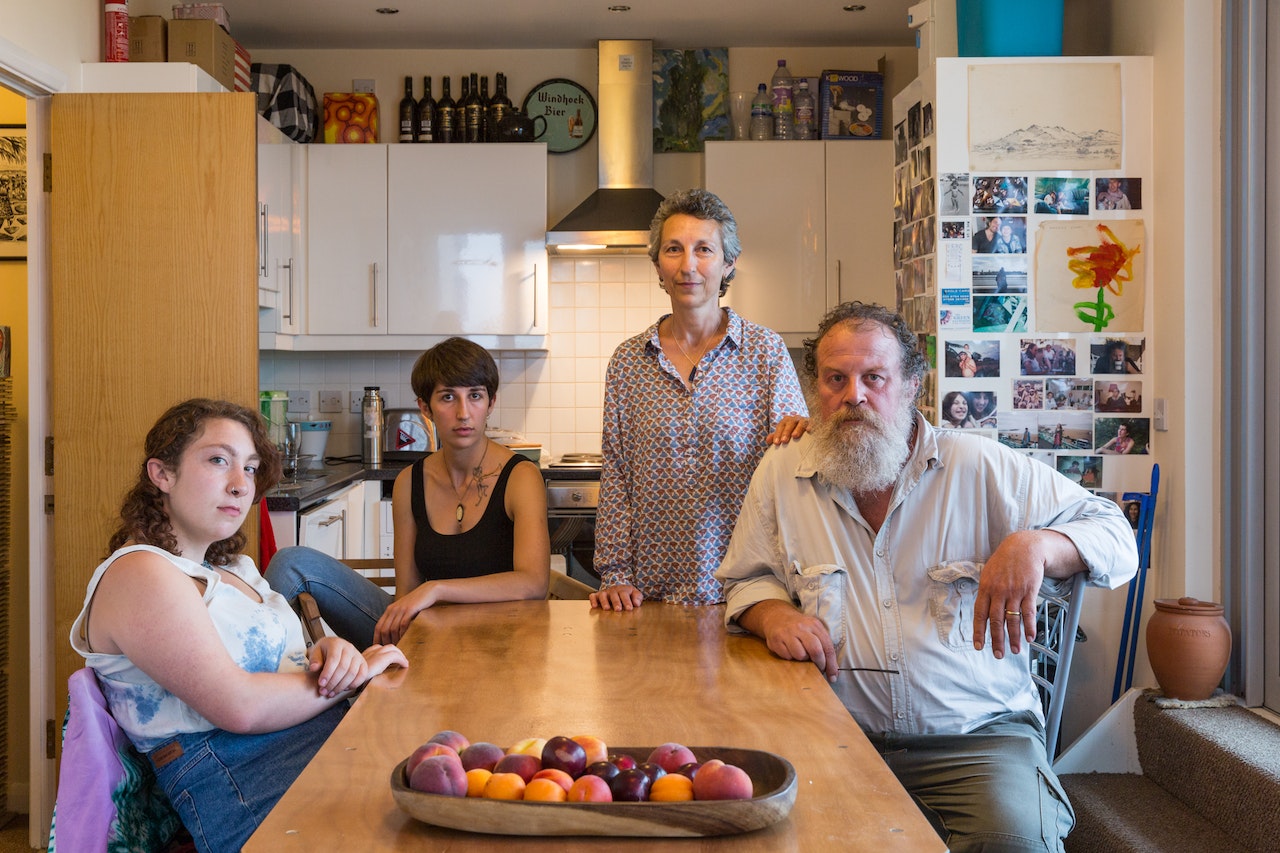 Avrille and Pierre Du Plessis with their daughters Shade, 17, and Summer, 23.

“I went to Namibia in 1989 because I had been draft dodging for five years, and it sounded like a good joke to go to Namibia to get out of the army,” says Pierre Du Plessis, who is originally from South Africa.

Pierre: The second night I was there I met Avrille—I fell in love with this woman and the country at the same time. I stayed for twenty odd years before we came to London.

Avrille was born in Johannesburg, South Africa, but went to live in Namibia when she was 22 and stayed there.

“The countries are right next to each other and were very much a part of each other before Namibian independence,” recalls Avrille. “When I moved to Namibia in 1982 it was just like another province of South Africa.”

In Namibia the pair had two daughters, Summer and Shade.

Both Avrille and Pierre were journalists at the time. Avrille eventually got into educational publishing, publishing textbooks for children. Pierre later changed career and started working in developing markets for natural products, which often brought him to the UK.

“I wanted to live in the UK because of the summer music festivals,” laughs Pierre. During one of his business trips to the UK, Pierre learned about ancestry visas in an expat magazine.

“My grandfather was born in London,” imparts Avrille. “He fought in the First World War, and by the time of the Second World War he had met my grandmother, who was a South African, and they got married. Our entire family came to the UK on ancestry visas. Avrille, Summer and Shade now hold Namibian, South African and British passports, while Pierre is still South African.”

Since moving to the UK Avrille has become an editor and works for a publishing house in New Malden.

Shade was 10 when she moved to the UK. Now 17, she has lived a similar amount of time in both countries.

Summer on the other hand moved here when she was 16. “I’ve got a lot of friends there, many of whom have come to stay with us. I do miss Namibia, but I guess it was a good age to move—I could take advantage of the ‘big city’. Namibia had a very small creative community and both Shade and I are in that world.”

“We have property in Namibia and a lot of connections—emotional ties too—we also have strong familial ties in South Africa,” explains Pierre, “but it’s unlikely we will move back.”