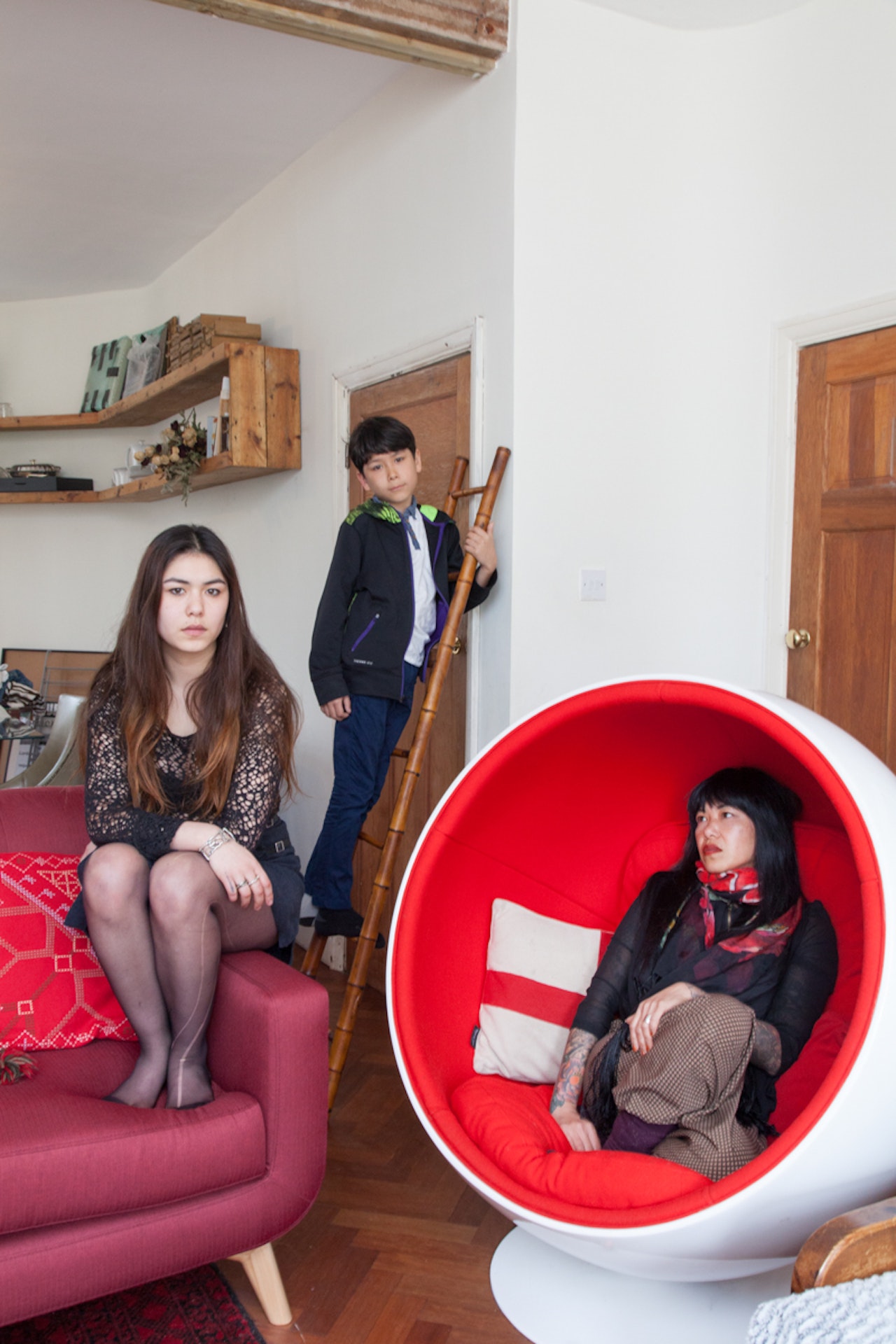 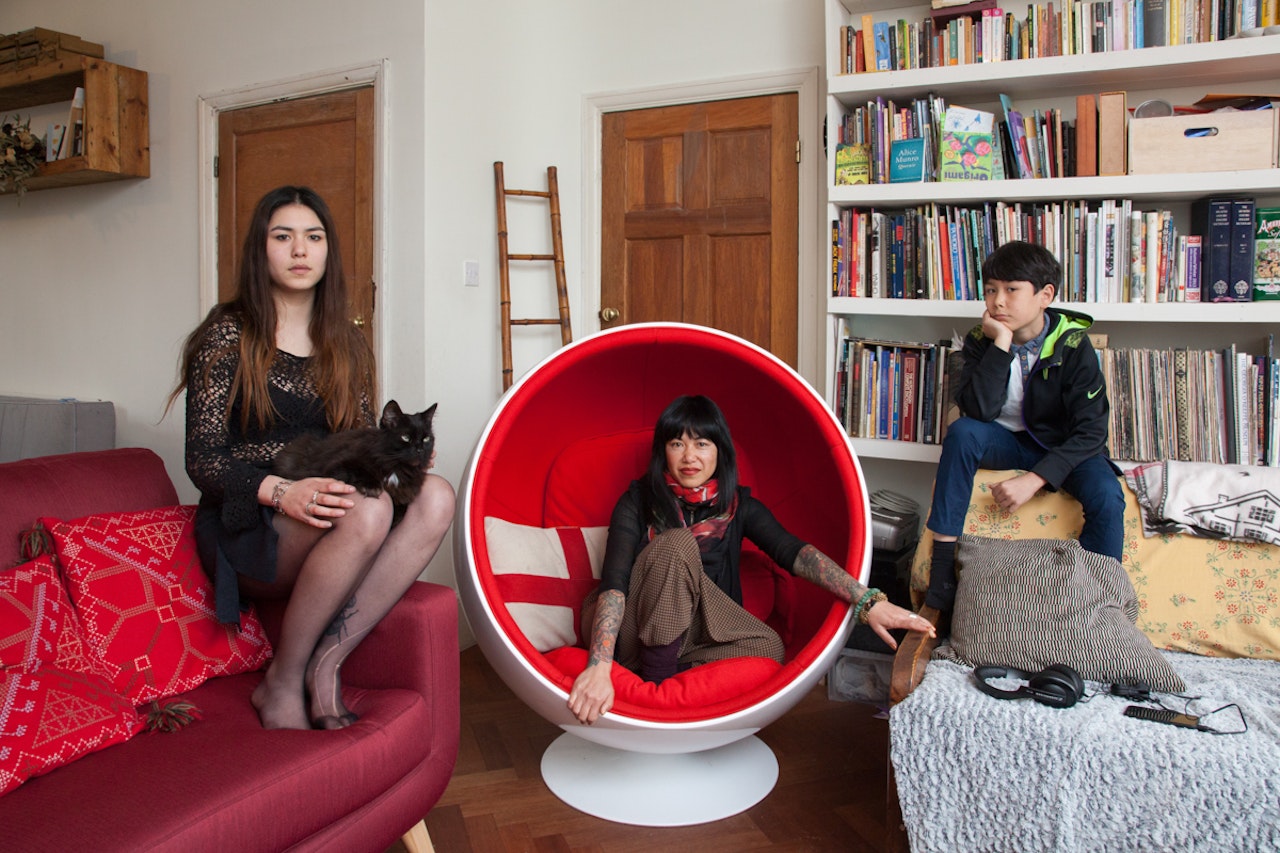 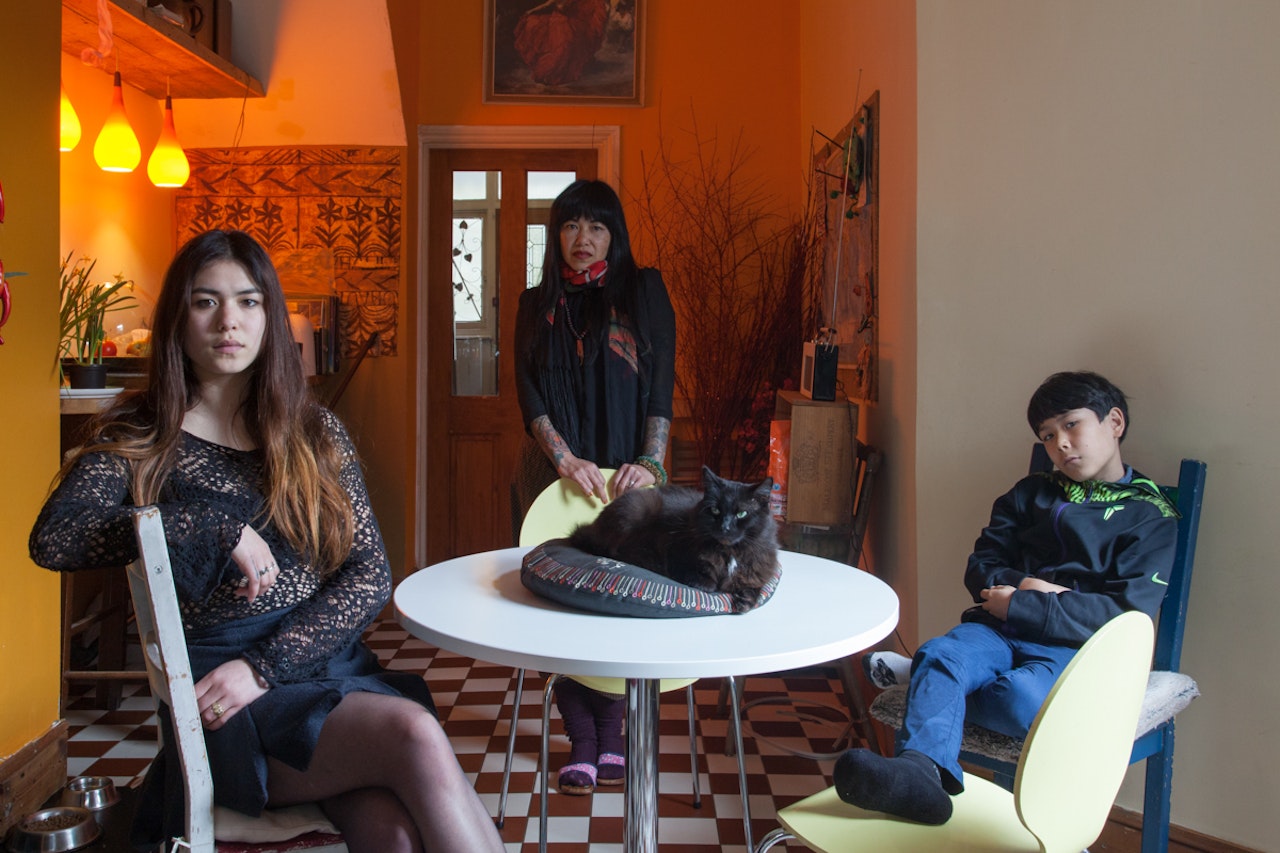 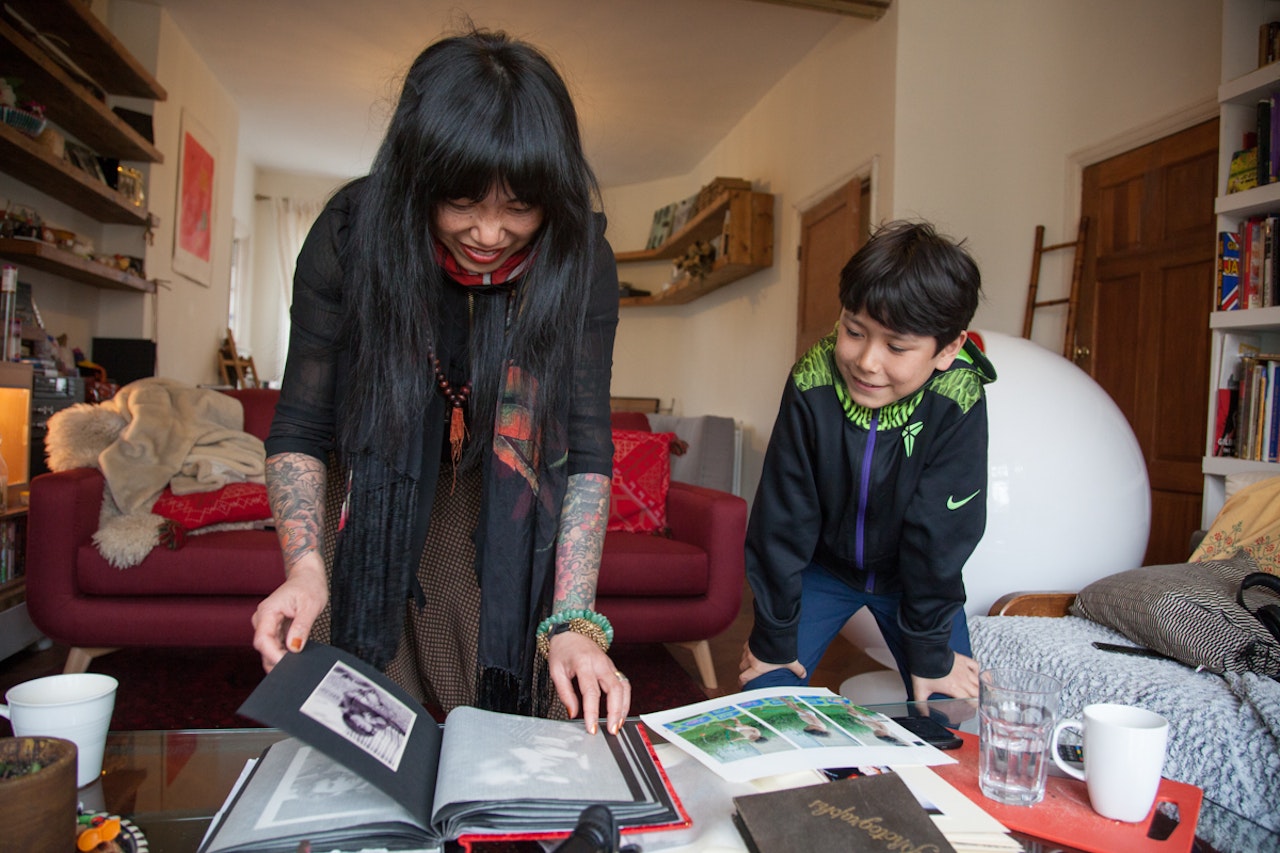 Lesley Chan with her daughter Django and son Marlowe.

Lesley first moved to the UK when she was 21, drawn initially by music. “Although I can’t sing, I absolutely love it. Most of the really amazing bands came from here or America,” she says, “and I didn’t want to go to America.” Originally from Kowloon, her father went to New Zealand when he was nine and moved back to Kowloon to find a wife, then brought her over to New Zealand. “I think of myself primarily as a New Zealander,” says Lesley. “I forget I’m Chinese because I’m so Western!”

Since moving here, she’s had a love-hate relationship with the city, but says she is starting to love it a bit more now. After graduating from art school, Lesley started her own tattoo parlour. While she worked predominantly in tattooing, she says that passion seeped into other creative interests like illustration.

Her ex-husband – who is a first generation New Zealander – lives in Brick Lane, and while she is now married to someone else, Lesley says she maintains a very amicable relationship with her ex-husband and his new wife. Lesley’s current husband, Ross, lives in a separate house around the corner – a setup that works really well, she adds.

Although most of her adult life has been spent in the UK, Lesley admits she still sways a bit from time to time. “But when you have kids,” she says, “it makes you more rooted. I have a lovely affiliation here now.”

Currently, Lesley has two children: Django, who is 21 and Marlowe, 11. While starting a family at 25 wasn’t entirely planned, Lesley says that having children at such a young age has allowed her to nurture and grow with them.

Lesley admits that her family were not totally accepting of how she chose to live her life. “There was a conflict between generations,” she says, “Times have evolved, and it felt like their cogs were stuck. Things didn’t go down too well.”

Lesley: Marlowe is quite good with my ex-husband’s mother and father; my side, however, are not really there. Being so far away geographically is hard, and even though there is Skype now, you have to really graft to form a relationship. I’m quite a manual and tactile person, and so are my kids, so I need a face-to-face connection in order to form a strong relationship with someone. You get the essence of someone when you are physically with them, as opposed to just seeing a pixelated video of them.

Of London, Lesley says she loves the area she lives in especially – its wealth of history, the mist that creeps over the horse cemetery opposite their house, and of course, her community of friends. “It’s just brilliant here,” she says, “but I am also constantly assessing where I wish to place myself.”

Lesley: That’s one of the sad things about people who are so ethnically diverse, is that you have to leave a place that was once your home.