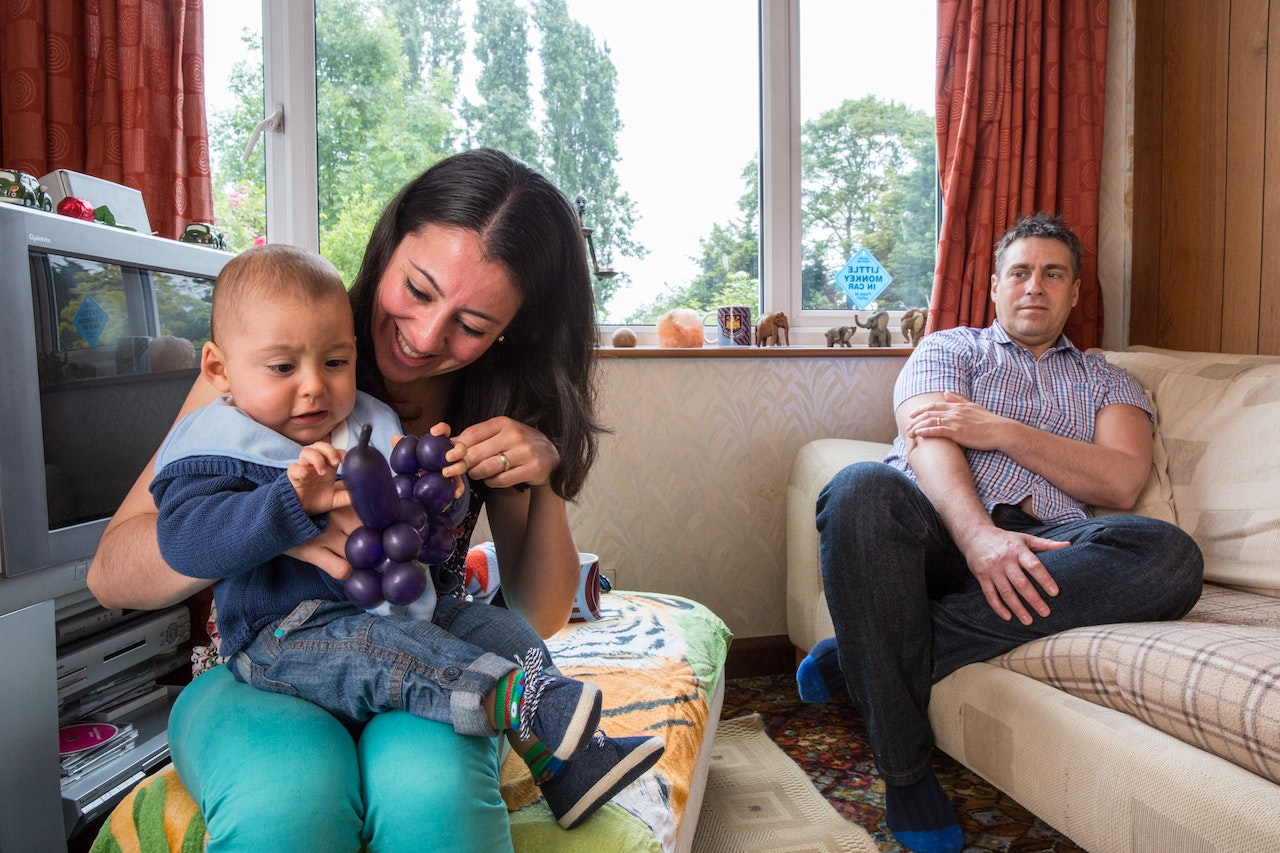 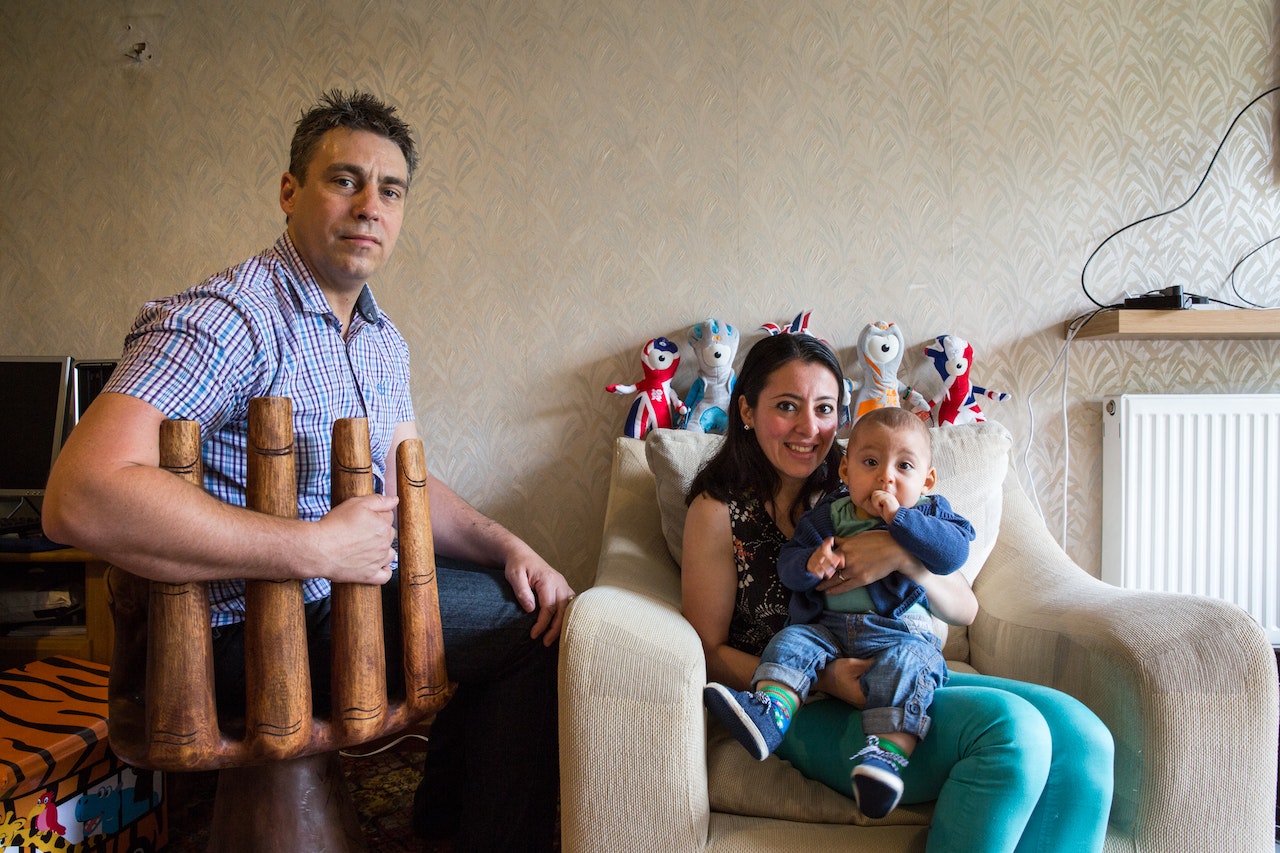 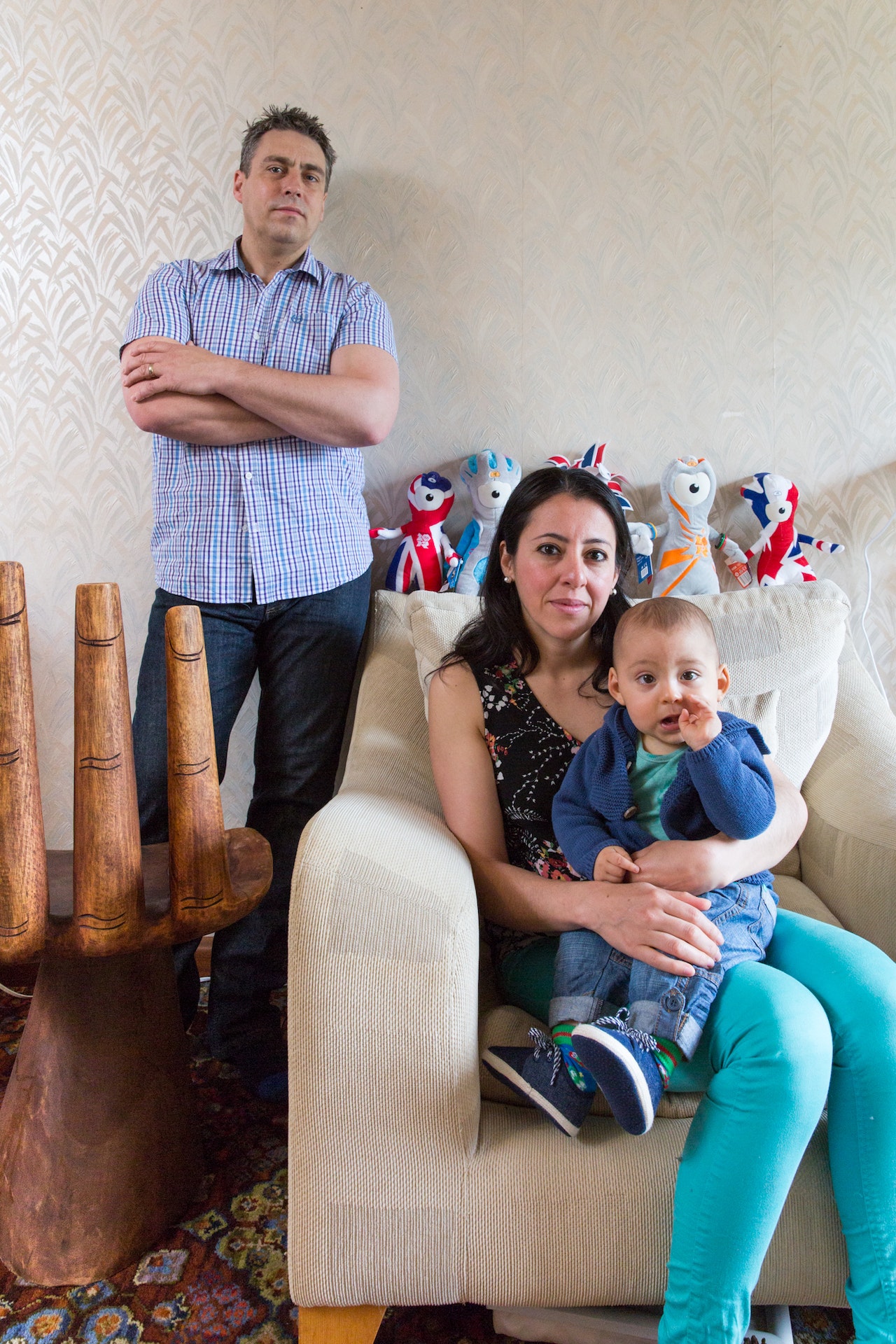 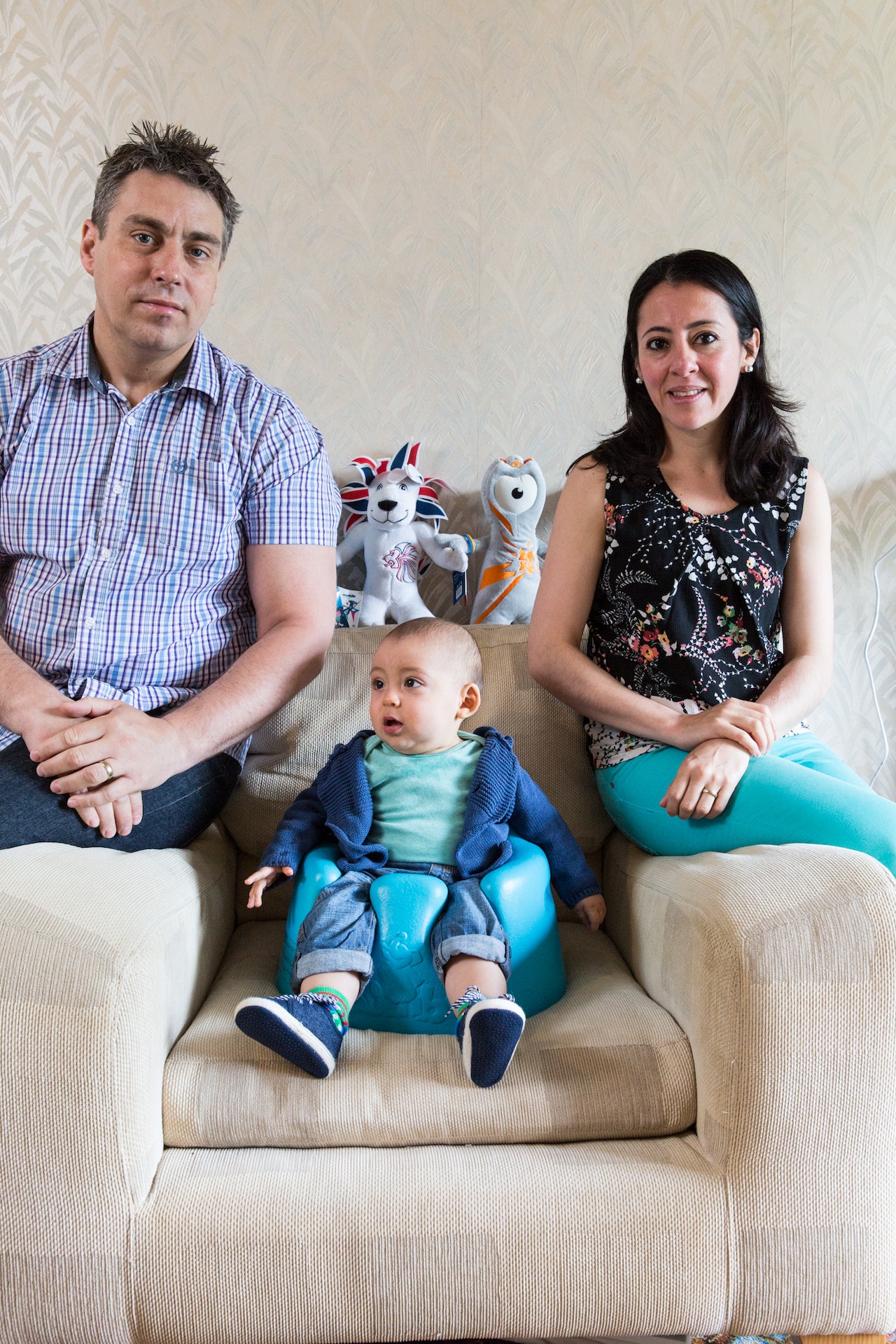 Jason Took and Marianna Godoy-Took with their son Oliver, 8 months.

“I do think it's important to have a common interest in any relationship,” says Jason Took, who met his wife Marianna at the gym. “Marianna had been going there a long time and so had I, but our paths never crossed. Obviously, one day it happened and, in many ways, the rest is history.”

Jason: I remember I took Marianna with me to a football match, because I had a ticket and my friend couldn't go. I asked what she thought at half-time, and she constructively gave an analysis of how we were playing and what was good and what was bad and I thought, blimey – it's quite nice to go to football with someone who actually understands football!

Although she’s been living in England for a while, Marianna’s heart still lies with her homeland. “I will always support Paraguay,” she says.

At the time they met, Marianna was studying English and was planning on going back home before she met Jason. Having got married in Paraguay, Jason – who currently works as a Facilities Manager for Historic England – says he enjoyed being taken out of his comfort zone.

Jason: It is completely different from how it is over here, which I thought was quite nice, because if you go to any European city, there is always another Pret A Manger or another coffee shop, similar to what you find in London. Whereas going out to Paraguay it is completely different, culturally. Here you have access to everything, whereas in Paraguay it’s not like that. In many ways, it seemed like a straightforward life, less complicated. It probably has got its complications, but obviously I didn't see them. It was good to see the real Paraguay, too. We stayed with Marianna's parents rather than in a hotel, or somewhere where everything is laid on for you.

Marianna has two sisters in Spain, while the rest of her family remains in Paraguay. “Every year or two I see my sisters,” she says, “but I see my mum maybe every three to four years – it's a long way to travel.”

Now that they have a son, Jason says they hope to get him into a local school. “I've always said to Marianna that he must learn Spanish,” he says. “I think it's important because you never know where it might lead you. You never know, he might end up playing football in Paraguay.”

Marianna: I don't think I will return to Paraguay – at least, not now. Because we have Oliver, my whole life now is here. Maybe we will one day, though, you never know.