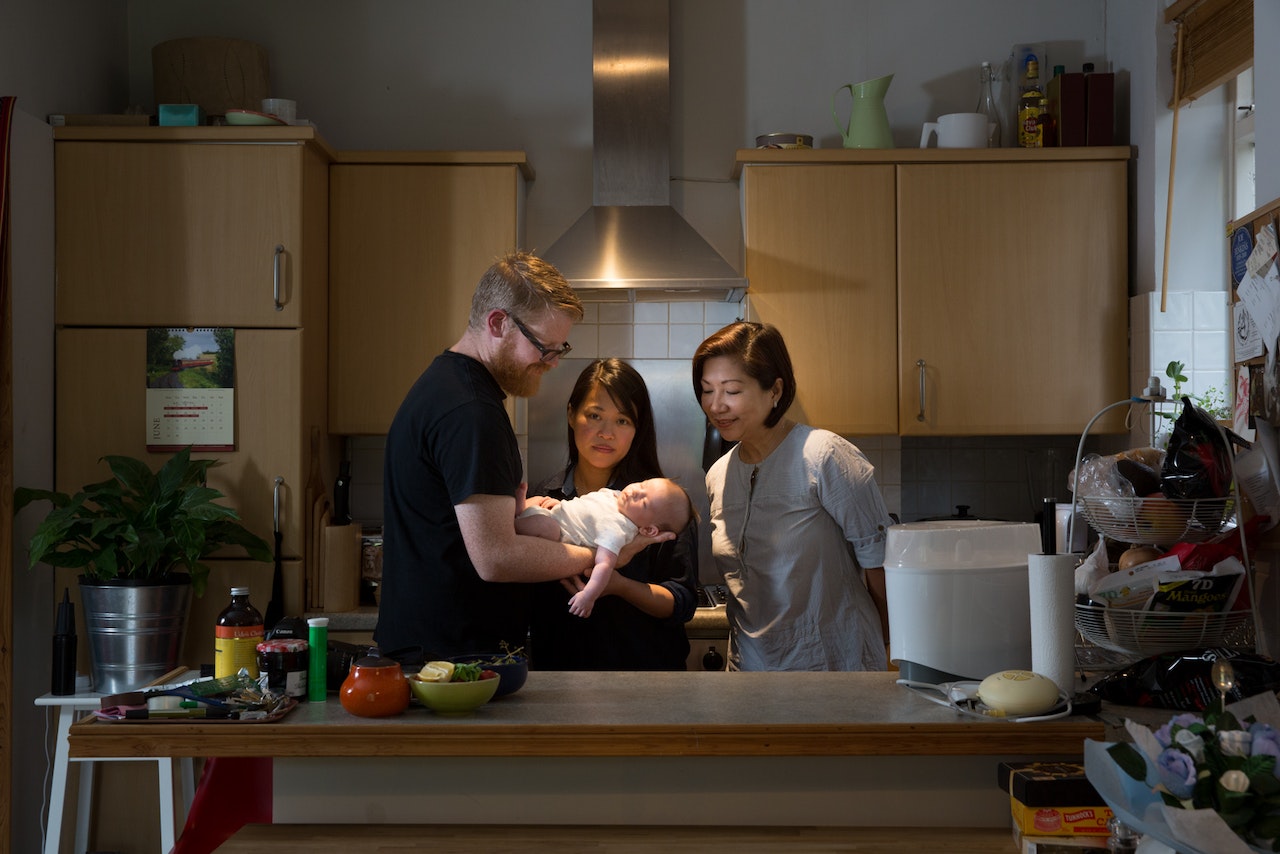 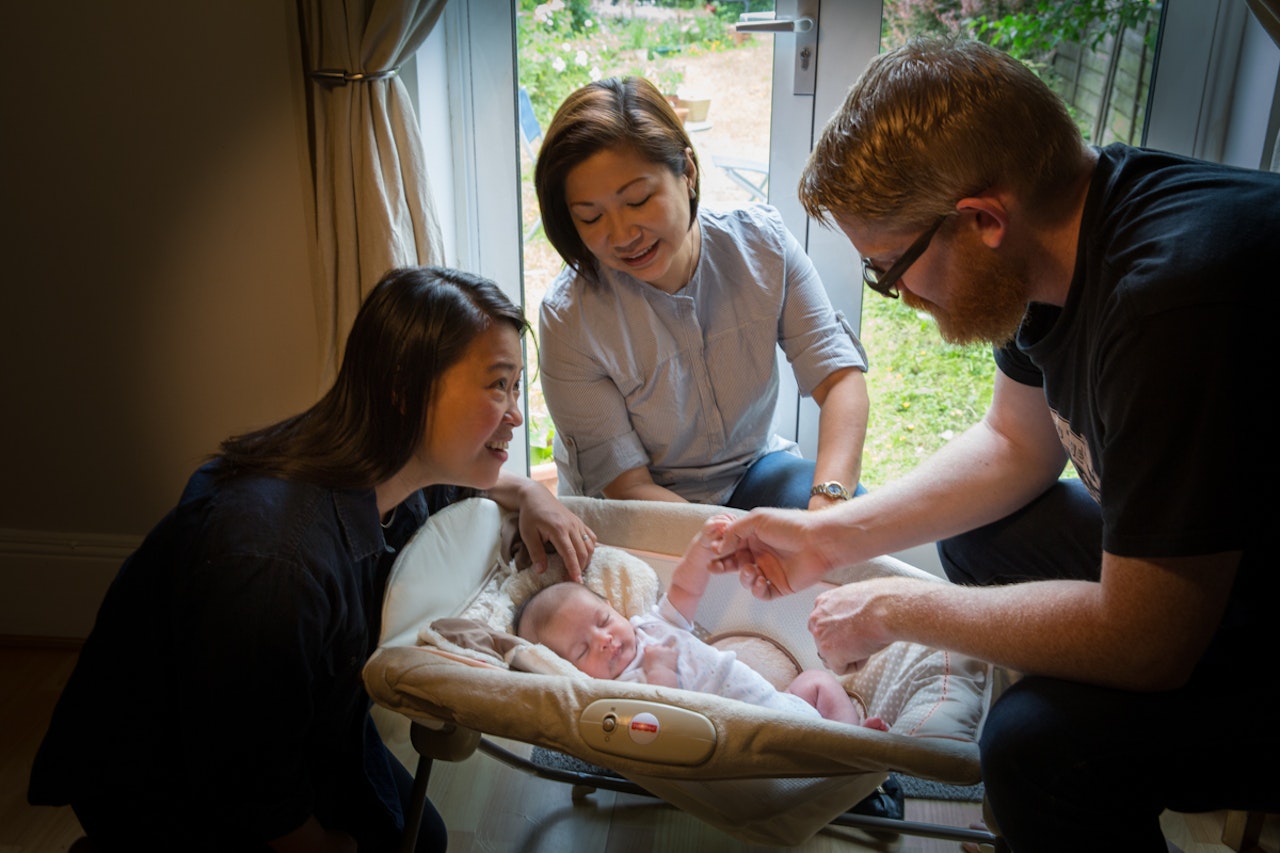 Rosemarie Joyce Fernandez with her husband Tony Birch, her mother Rosanne Fernandez and her son.

Rosemarie Joyce Fernandez, known to her family as RJ, says she felt no different after becoming a British citizen at a meagre ceremony in Southwark.

“It was on a council strangled budget,” says her husband Tony, a sound engineer in London. “There was tea and biscuits and rubbish Union Jacks and a funny picture of the Queen on the wall which was badly printed.

Tony: Far too blue. How many people do you think there were?

RJ: 20. There was one Palestinian, one Korean, and then there were a lot of Europeans. There were several Germans, a couple of Greeks.

Tony: You all swore to the Queen. And then each individual person comes up and gets their certificate and has a picture taken with the Queen and then it sounds a little bit like Miss World.

RJ: Yeah, “This is Rosemarie from the Philippines!”

RJ moved to England 10 years ago to study at the Arts Institute at Bournemouth. Now a photographic printer, RJ works for a small publishing company on books and exhibitions.

Rather than a question of national identity, RJ decided to get her British citizenship for “technical” reasons, making it easier for her and Tony to travel with their new son. “But before that I didn’t really feel like I needed to. I could have done it about five years ago,” she says about applying for her passport.

After RJ’s son was born, her mother Rosanne came from the Philippines to visit her first grandson. “I was questioned extensively coming in,” she says. “He said ‘Oh don’t you intend to have an extended stay and be nanny?’ and stuff like that.”

RJ added that her boss made similar assumptions, saying that having her mother stay with them is how “all these people” raise their children.

But Rosanne has another daughter to visit who also emigrated from the Philippines and moved to San Francisco.

“RJ once told me that the Philippines is like a fish bowl and there is an ocean out there,” she says. “So it is just a matter of them trying to live their dreams wherever they want to live it.”