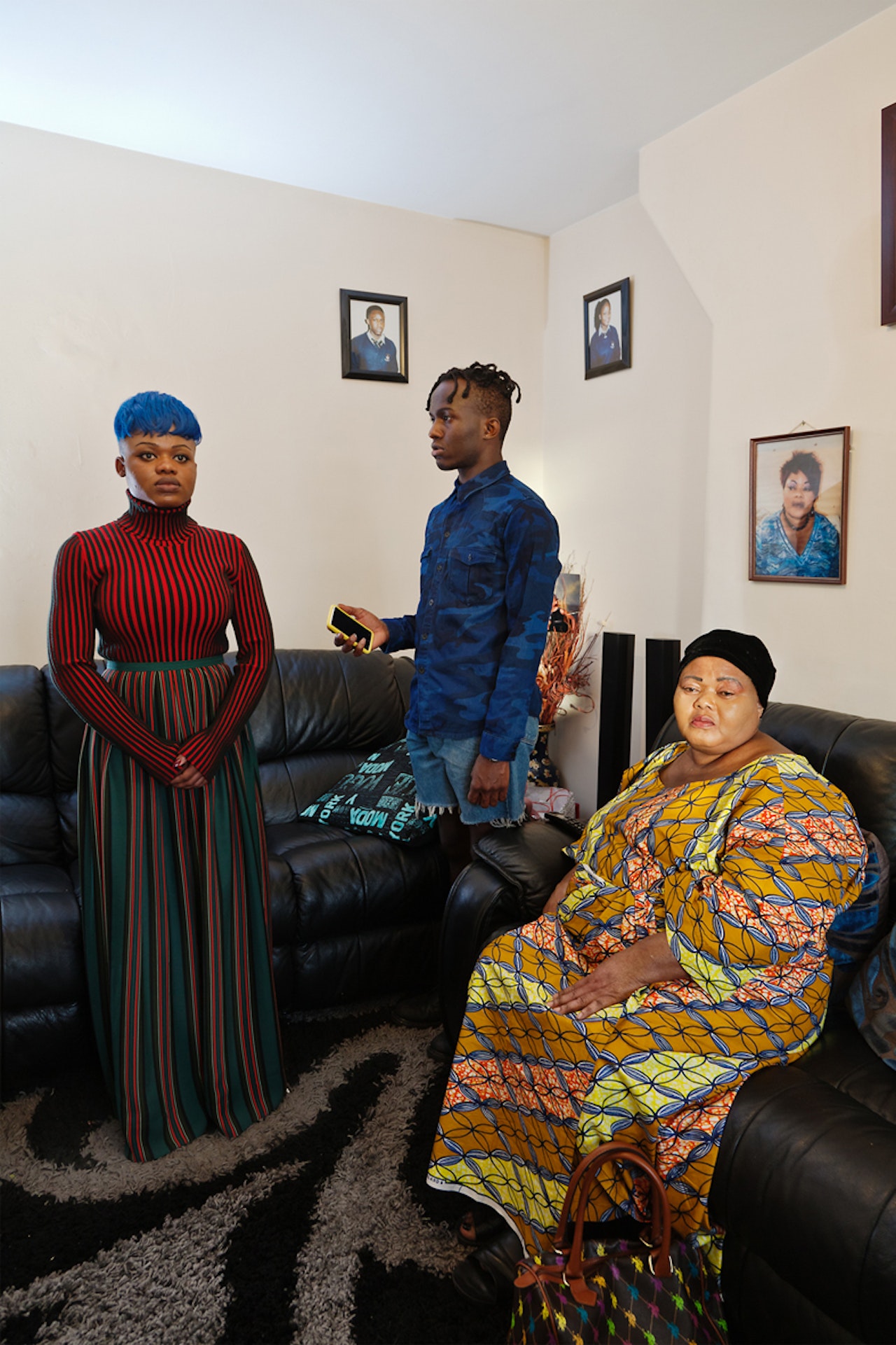 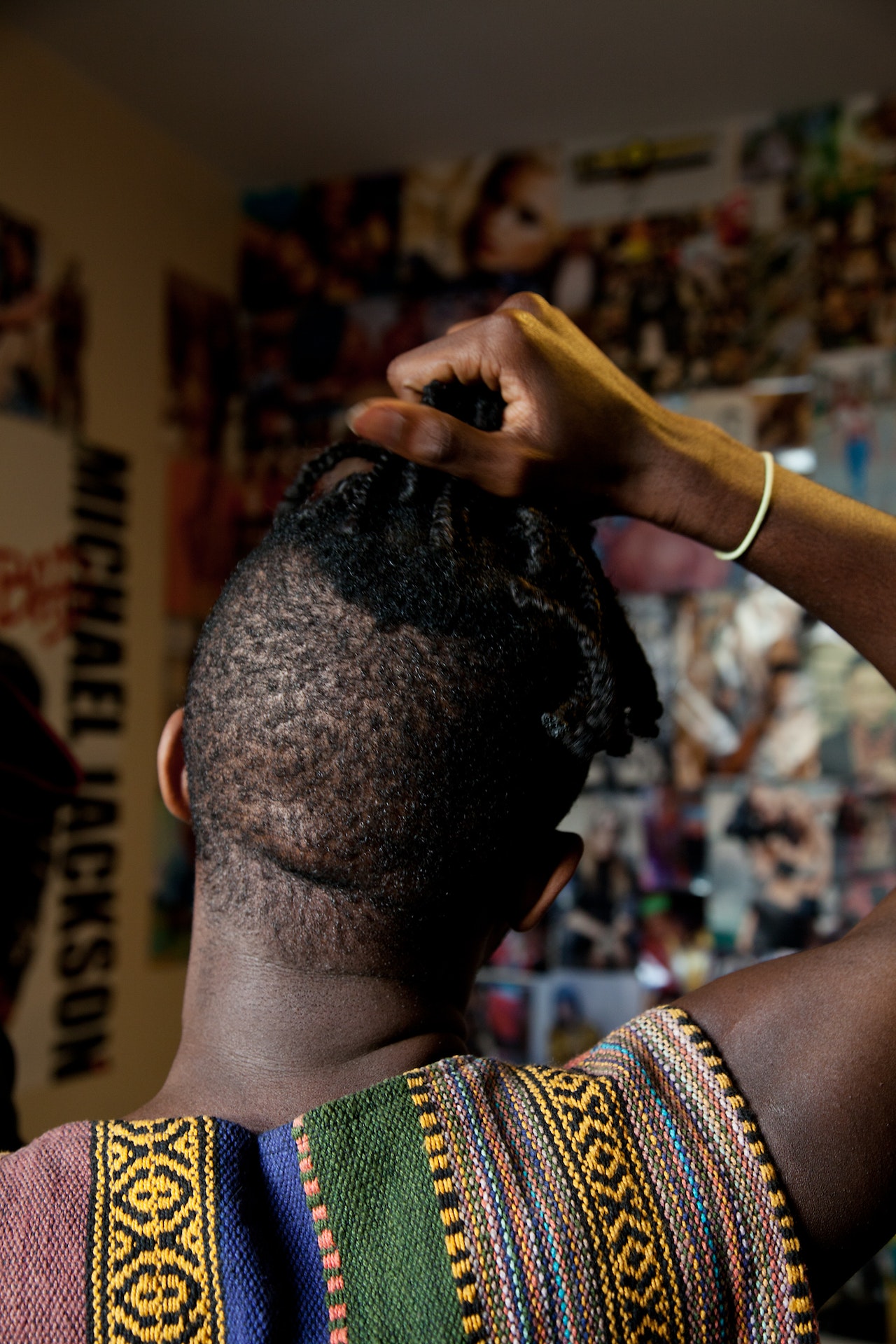 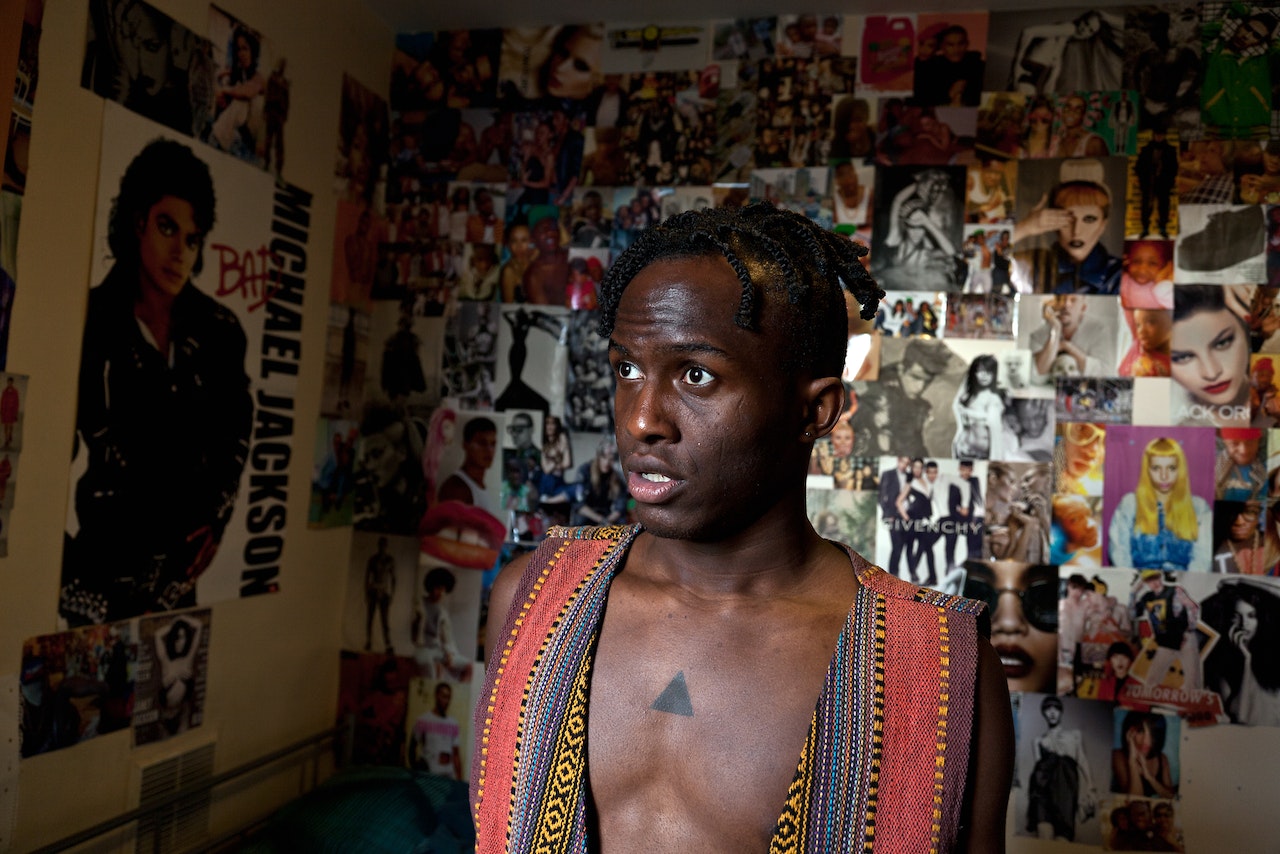 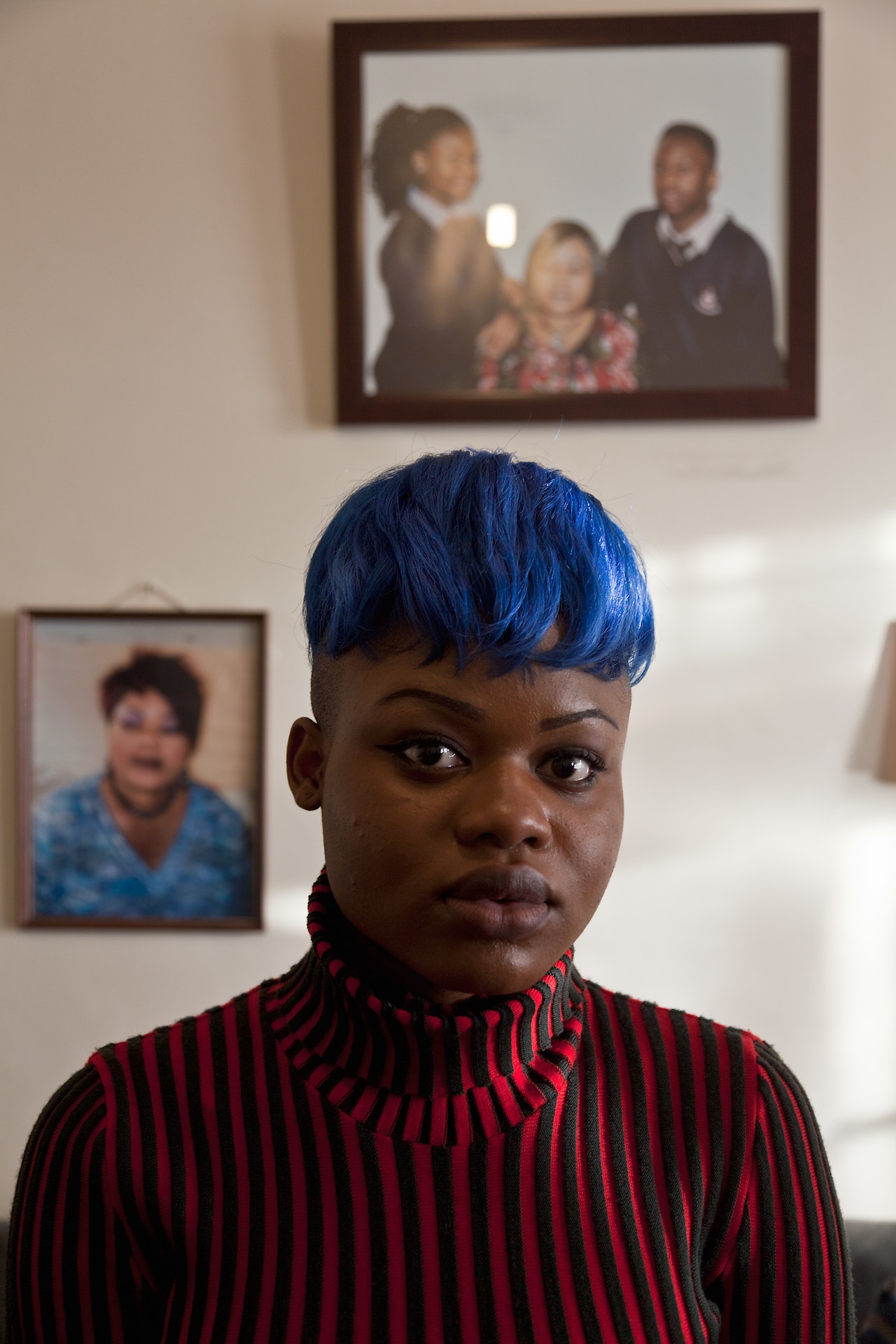 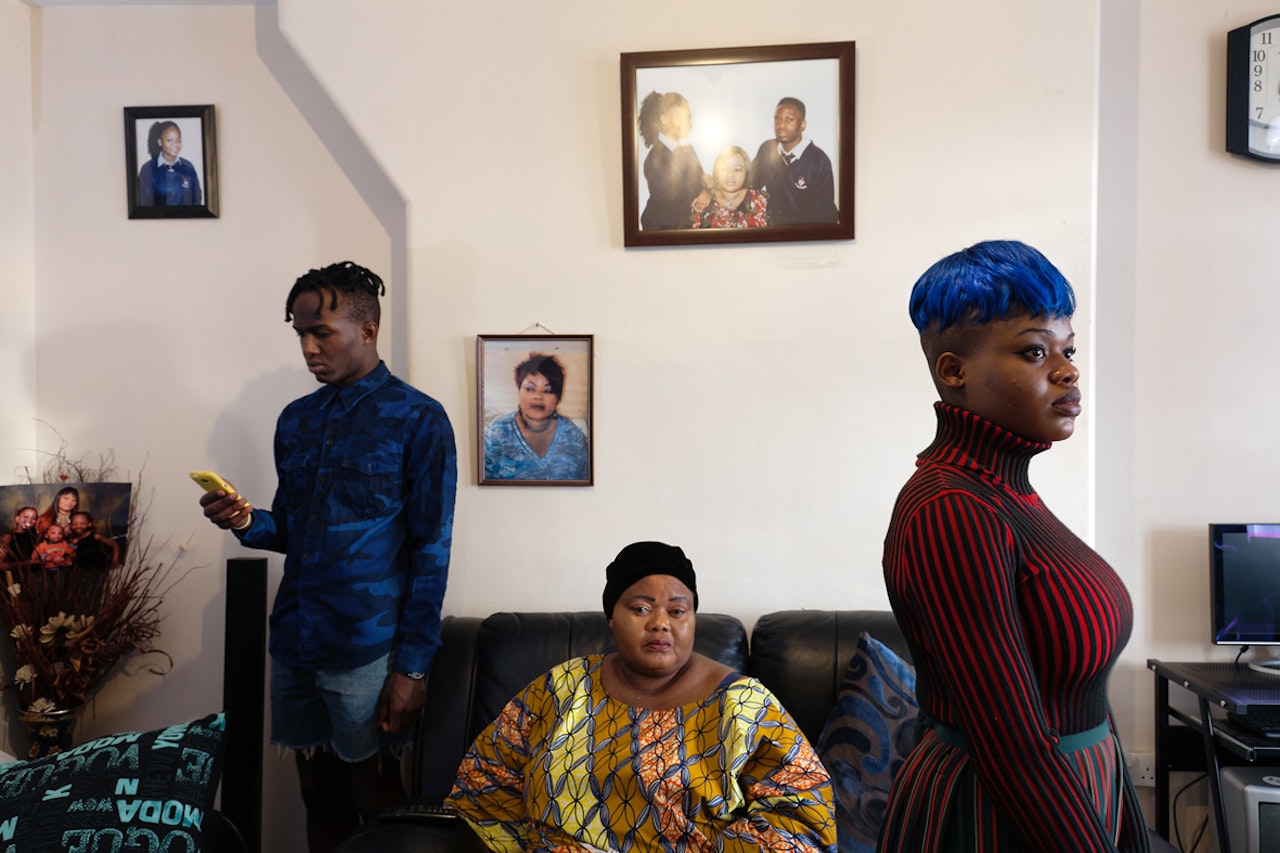 Democratic Republic of the Congo

“It’s good to never forget where you came from—it’s really important” says Vanessa Mbuyi. “My mum always says that, because we may be here now, but we started off somewhere else. I came here too young to remember anything of the Democratic Republic of the Congo”.

War was what forced the Mbuyi family to leave all they knew behind. Vanessa’s mother, Feza, still has family albums that recall her old life in the country she still regards as home. The children that came with her to the UK, Vanessa and Prince, have only seen photographs of their siblings who were left behind.

“In the Congo, Feza left school at eight as it was too expensive” continues Vanessa, “Then she got married and lived in a house with her eight kids. Her husband passed away, fighting”.

“The Congolese government has diamonds and gold but do not let the working people prosper from it” relays Feza via her children. “People were starving, and I left with just one bag. Prince was five years old and Vanessa was just two.”

“Mum told us that we first went to Angola, and there we found someone who brought us here. We got excited when we got to the airport because that was the first time we saw escalators”, recalls Vanessa. At the border, Feza had somebody else’s passport, but was taken in after explaining their situation.

“At the beginning it was hard as we didn’t know if we could stay, but when they let us we were alright,” says Prince. Feza was given little social welfare money and without English was unable to work. “After five years she could understand, but still needs us to interpret for her. My mother says that while she is still poor here, she is satisfied with the fact that she can actually eat every day.

“Our mother left basically everyone behind” imparts Vanessa, “her mum, her siblings, all her other kids. They’re still there. She misses them”. Some family members, including Prince and Vanessa’s sister, escaped to Uganda and are still in touch. Feza sends them money as often as she can.

Both Vanessa and Prince feels optimistic about the future. Prince is currently in his first year at university studying Creative Direction, and hopes to get into the music industry. “I want to go back to the Congo when I graduate to learn more about what is happening and help out my mum’s family” he says. Their mother Feza also hopes to return to Africa to set up an orphanage. Vanessa wants a career that will enable her to travel.

Also from the Republic of Congo are the Nkoso Family.