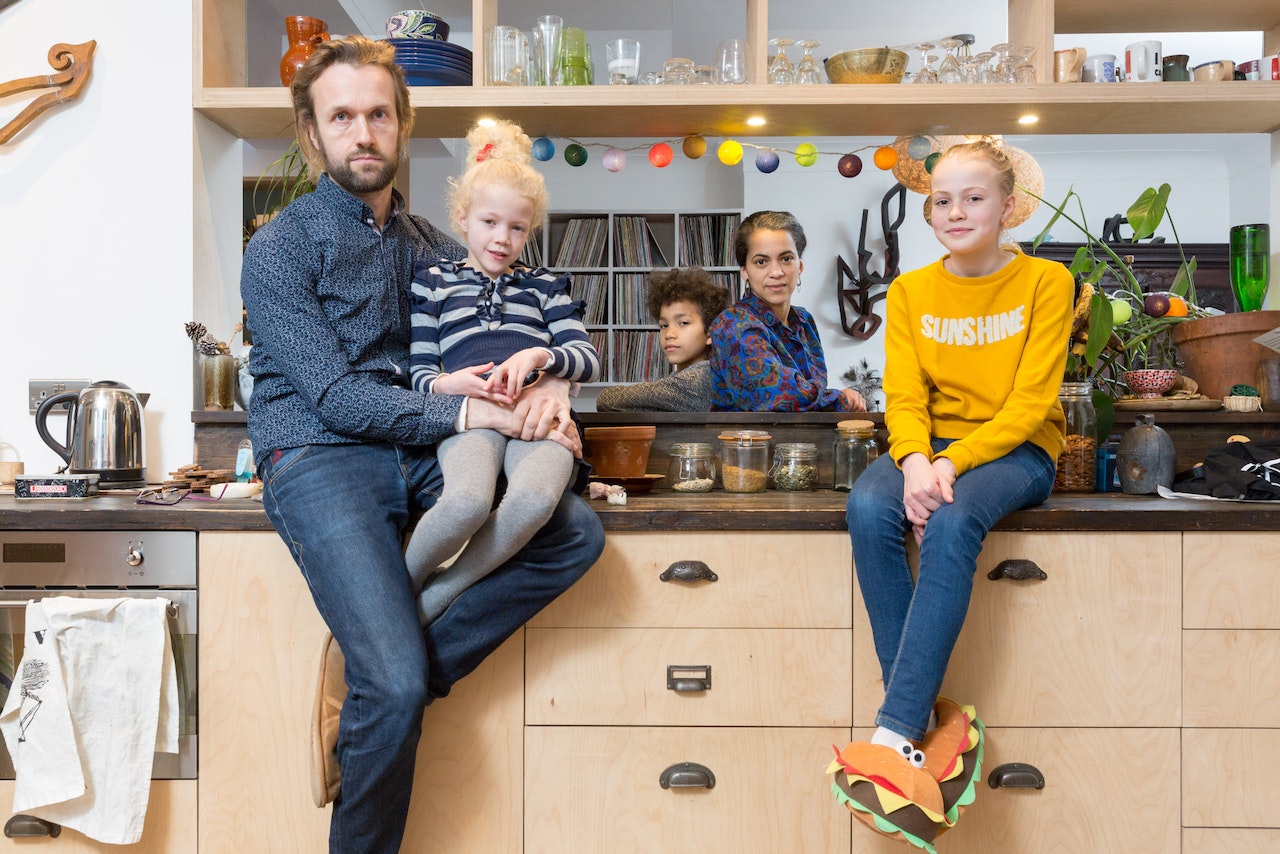 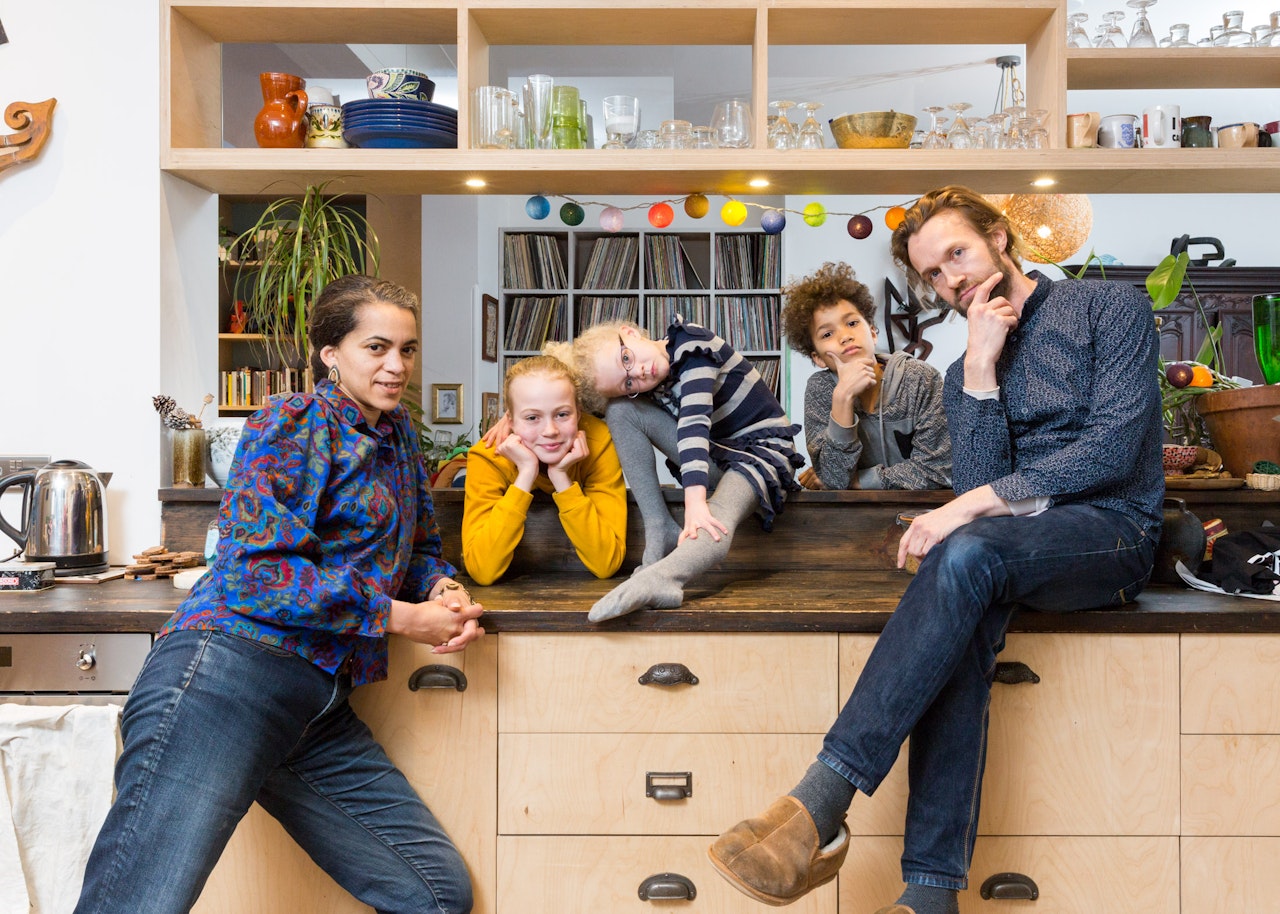 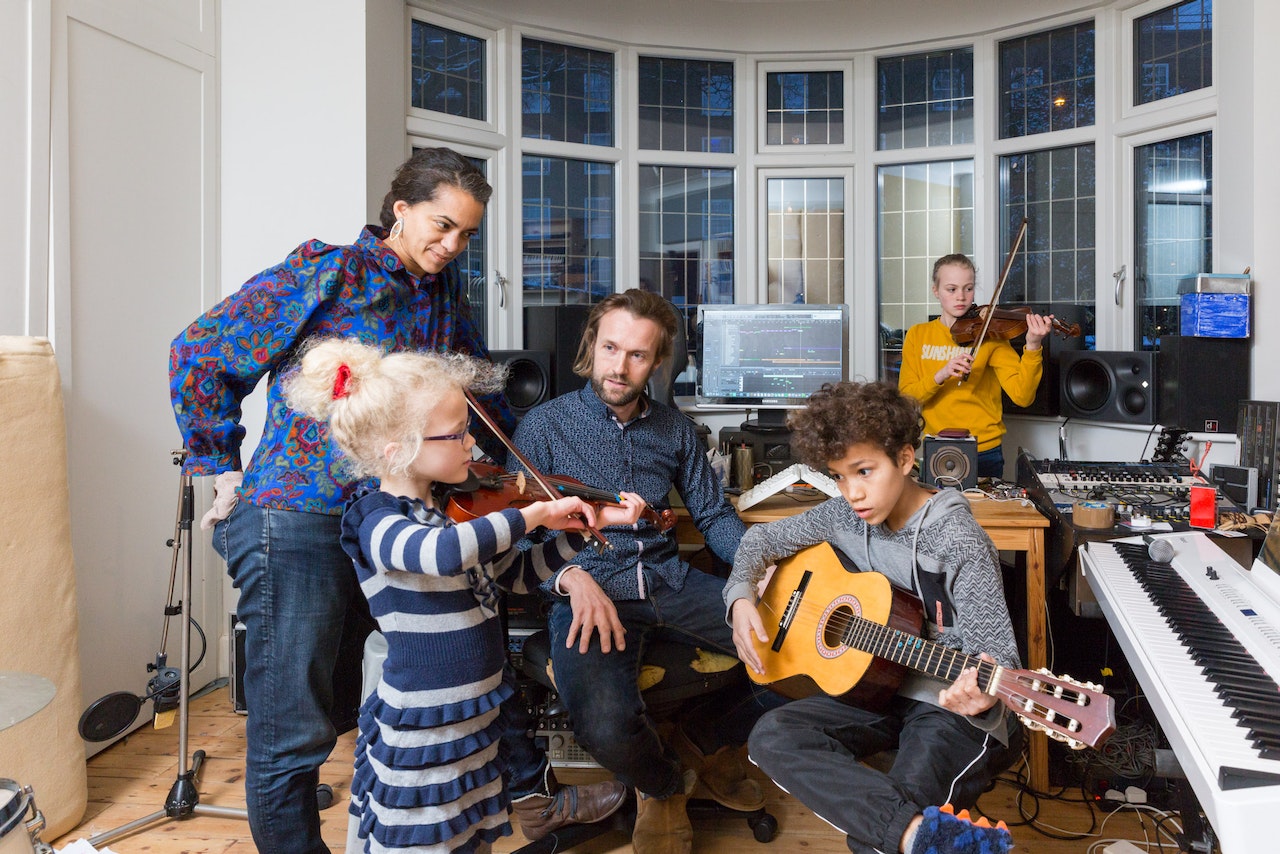 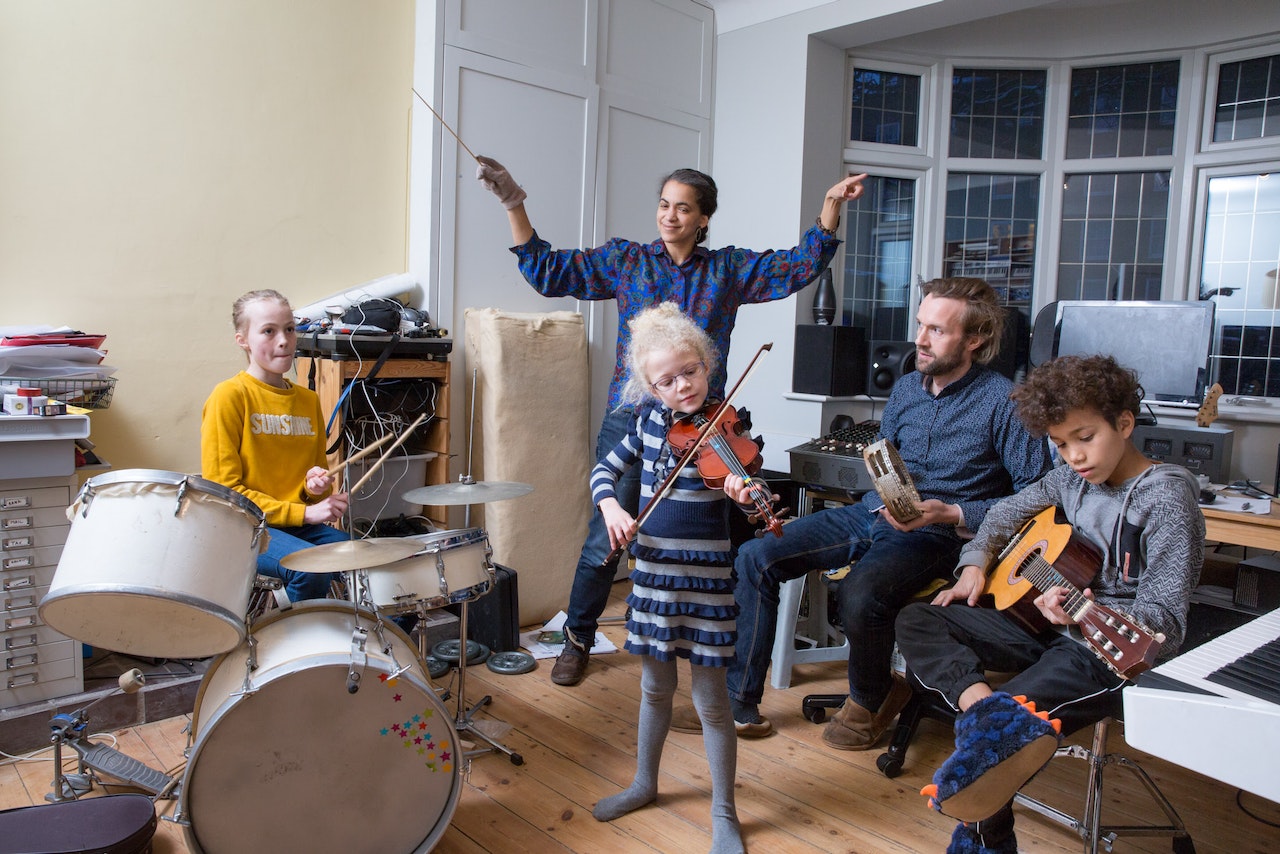 Republic of the Congo, France & Russia

Makila Nsika Nkaya from Republic of Congo (Congo Brazzaville) and France, with her fiancé Gabriel Prokofiev, who is British with a Russian father. Their three children, in yellow top is Lutia, Cilka with blond hair, and Dmitri.

Makila Nsika Nkaya was born in 1976 in the Congo. “My dad was sent to study in France under the colony and went to university, where he met my mum, who is French” she says. “After that, they moved to the Congo together.”

Makila: My mum returned to France in 1987 when my parents separated, which is why I did my studies in France.

In 1999, Makila arrived in London for a music exchange, and ended up staying. Now that she’s been here for almost 20 years, she identifies as a Londoner: a Congolese, French Londoner. But perhaps her Instagram profile description is more of a true reflection of how she feels: ‘Heart in Congo, Brain in France, with a British crust’.

Makila: My dad still lives in the Congo and I have a jewellery business, which means I go there regularly to meet artisans. I have a lot of family spread around over there; most of whom know who I am, but I have no idea who they are!

The last time Makila went to the Congo was last summer, and she was accompanied by her fiancé and three kids.

Soon, the pair will be getting married after 17 years together.

Gabriel: When Makila and I first met, I was playing in bands and touring quite a bit. Within the last eight years, I’ve focused mainly on composing more classical music.

With a Russian father, Gabriel says he’s influenced by Russian music and travels to Russia often. “I co-curated a Russian music festival in Germany in May,” he says, “so they consider me Russian enough to play.”

In London, Makila says the Congolese community is almost non-existent.

Gabriel: Most of the Congolese in London are from DRC (Democratic Republic of Congo) and not from Congo Brazzaville. I’ve met a lot of them through my music. For my 40th birthday, we got a really good Congolese band to play.

Makila: I was trying to build a community and a network of people from my country, but it didn’t really work. I think they do want to meet, but the politics are always really strong in the Congolese community; everyone has very strong views.

Gabriel: From an outsider’s viewpoint, it seemed that the reason it didn’t work was because everyone was so spread out, making it difficult to meet up regularly. We’re actually part of a big French community in London, and Makila helped set up a French school.