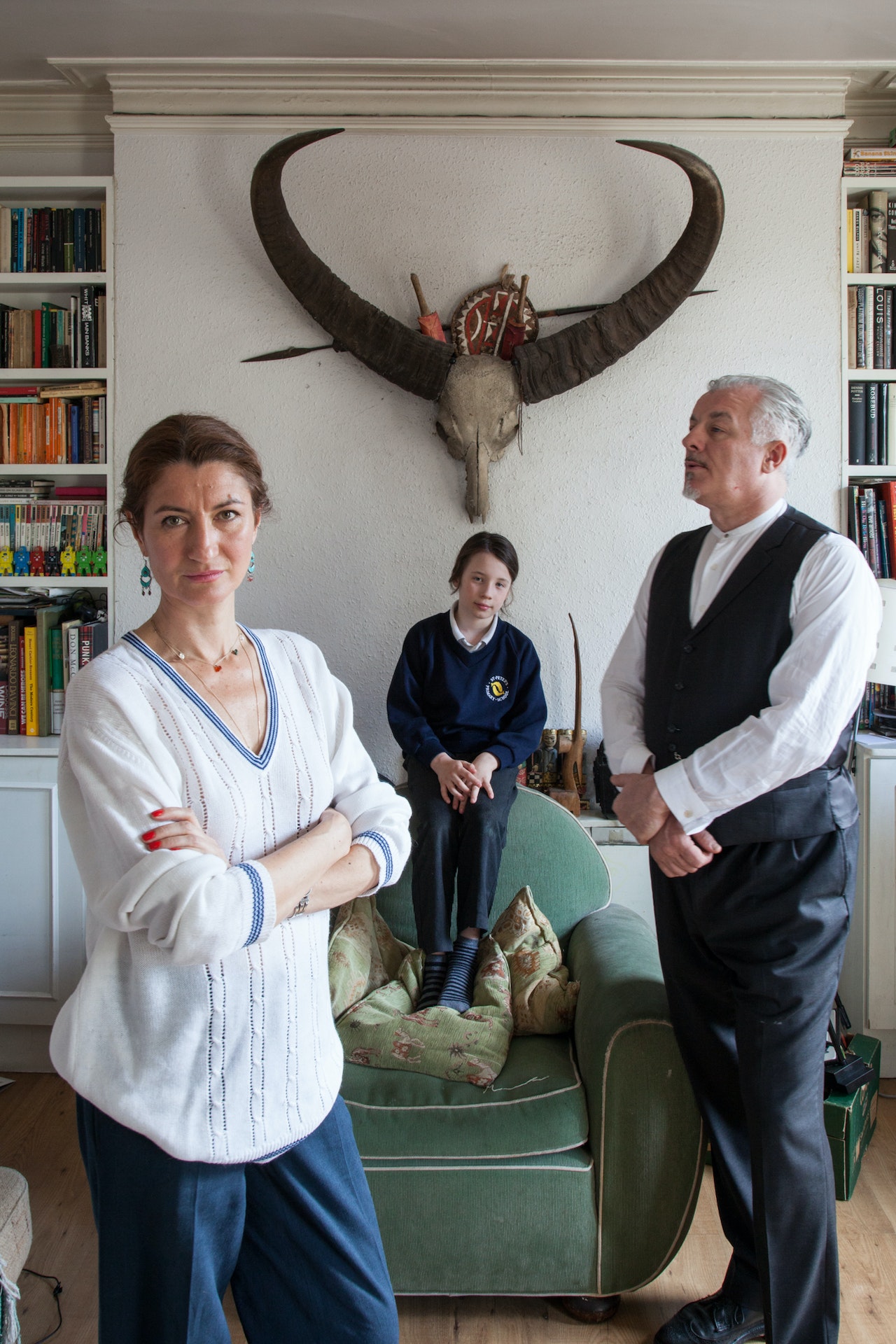 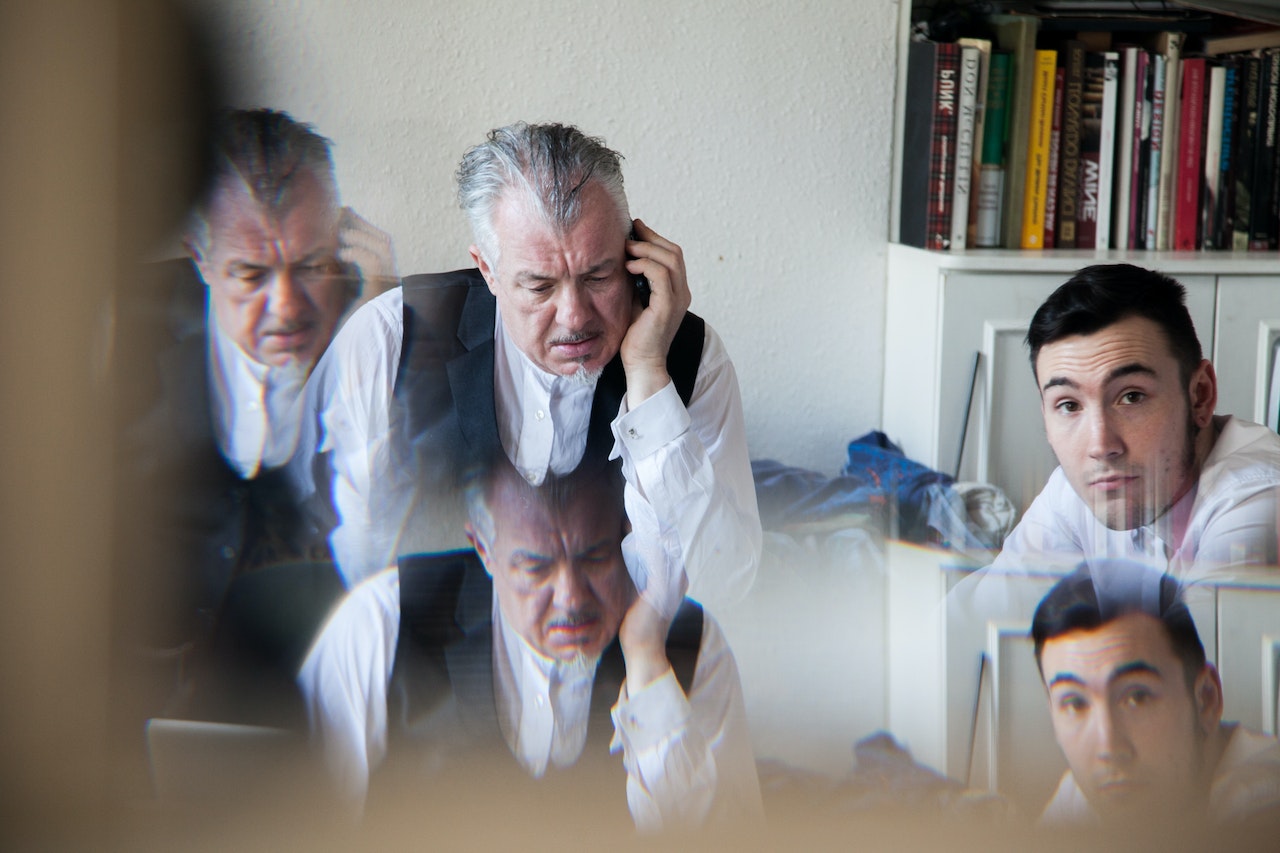 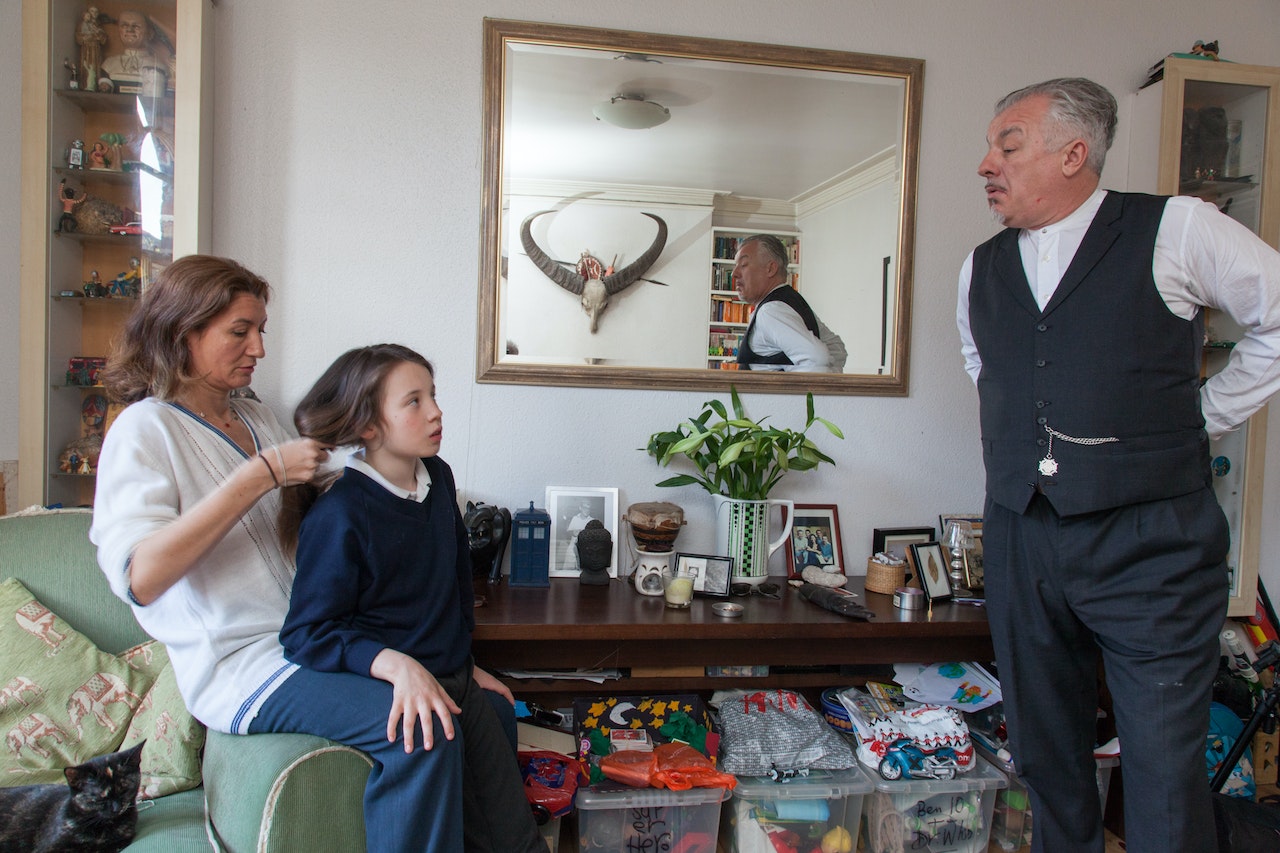 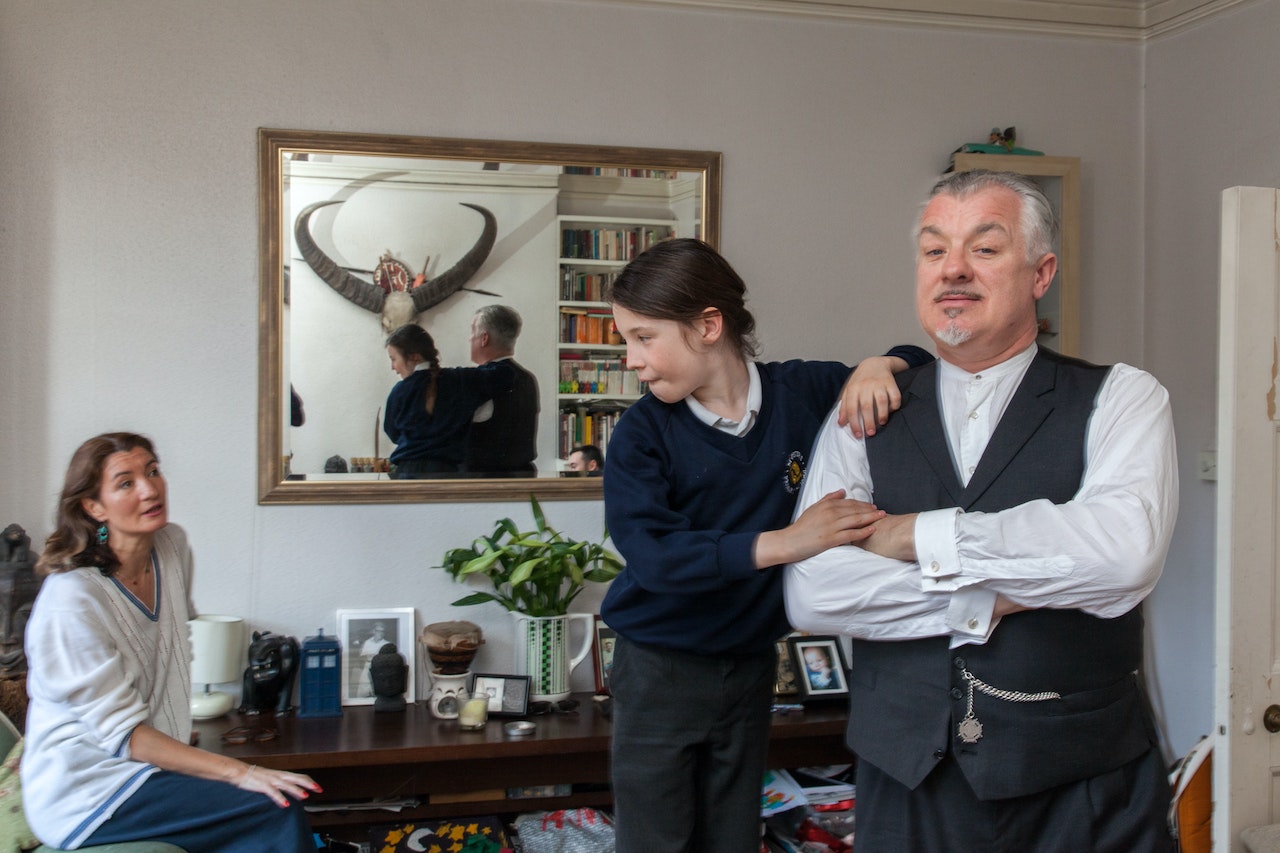 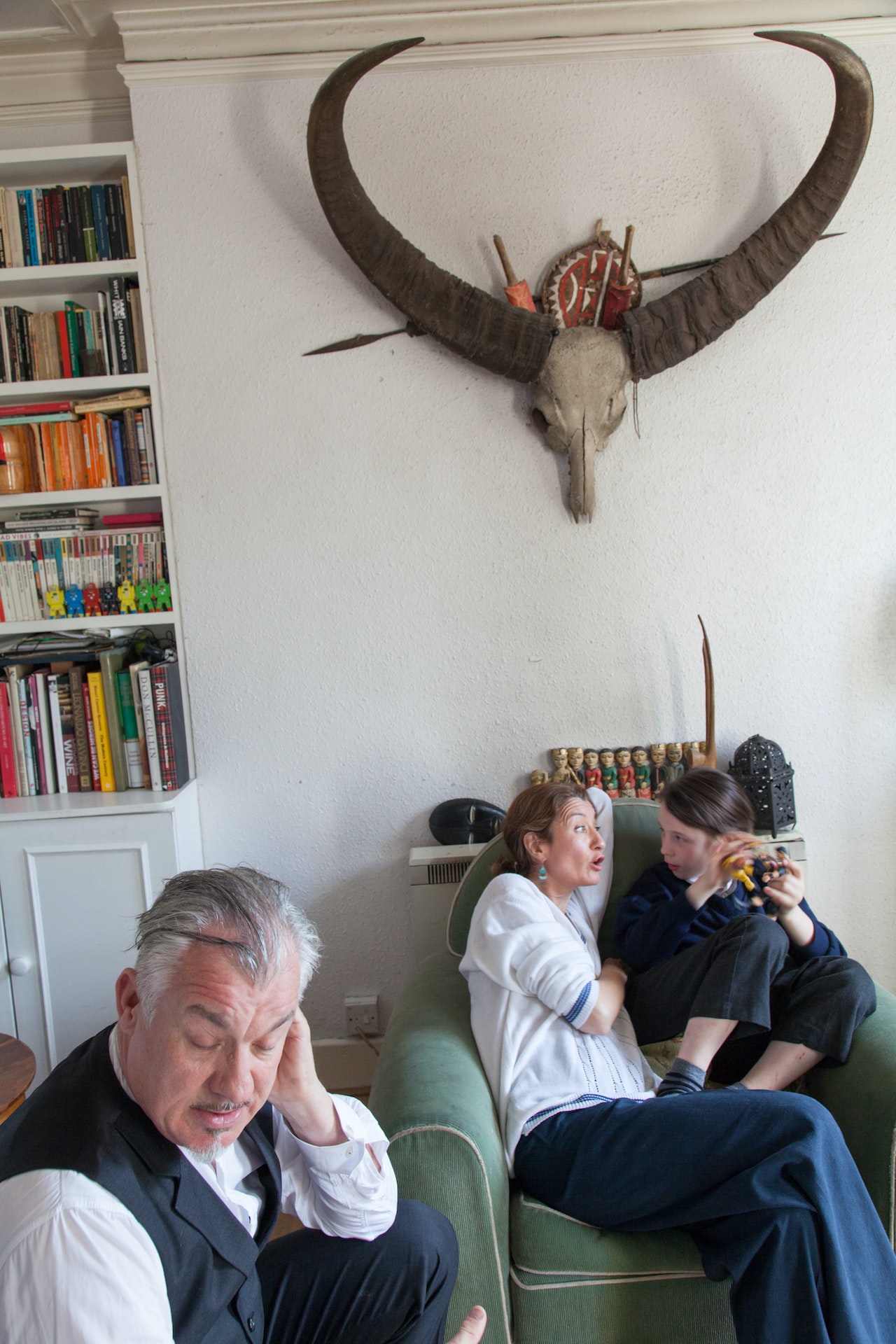 “I've more in common with a Haitian farmer than I do with most Welsh people,” says Chris Sullivan, who has lived in London for the past 37 years. “That doesn't mean I'm embarrassed to be Welsh, it's just that I'm a Londoner. My attitudes and everything are to do with where I live.”

Chris: The Welsh people are also a product of where they live, and they don't have the same influences in their neighbourhoods that we have in London. Their outlook is different; most Welsh people never leave Wales. If you travel you have to change somewhat, don't you?

Leah Seresin: I wouldn't say I feel particularly English. I would definitely say I'm a Londoner, though. I feel quite uncomfortable outside of London. I get the heebie-jeebies.

Leah was born in New Zealand but left with her family when she was nine months old. After spending some time in Italy, they came to London when Leah was two, and she’s been in north west London ever since. Her mother is Irish-Maori and her father is Russian-Jewish and English. “I don't consider myself any one of them particularly,” says Leah of her mixed heritage, “but I feel there are sort of little bits of them swimming around.”

“Even though I was brought up as an Irish person in Wales, I still support Wales in the rugby, I might make that very clear,” says Chris. “However, if Ireland win, I'm not that unhappy! I can have two feet in both camps – as Leah can.”

Leah: In Britain, London is the place that I feel the people I meet – like most of my friends – will have come from different backgrounds. There's a mixture of cultures, which is why I feel much more at home.

Chris: And part of that, I think, is that we would probably feel more at home in New York or Paris or Los Angeles than we would in Hertfordshire, because we are more city-dwellers, who are used to multiculturalism and a mixture of arts and everything that we have in this country.

Currently, Chris works as a writer, writing for a number of well-known publications. “As usual, like most Londoners,” he says, “you have to have about four jobs just to keep your head above water. I used to be a stylist as well, but the bottom has dropped out of that.”

Chris: I've just written an obituary for a friend who took that picture, Leee Black Childers. He's left an amazing legacy of course, because he was one of the people who were responsible for Glam rock, inadvertently. He was David Bowie's tour manager. He also managed Jonny Thunders and the Heartbreakers, stuff like that. I don't mind writing things like that, but I can't spend three days on a piece for free.