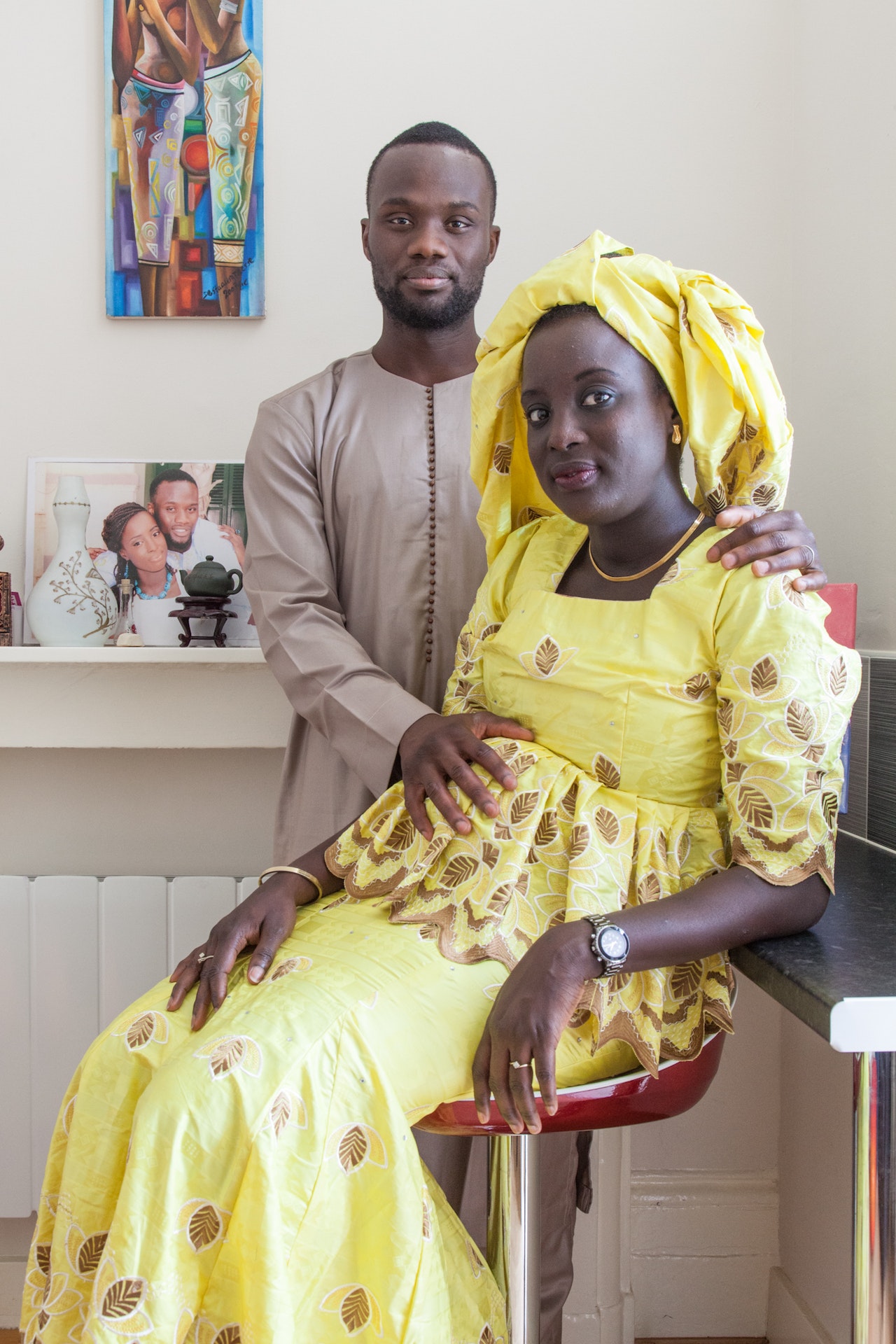 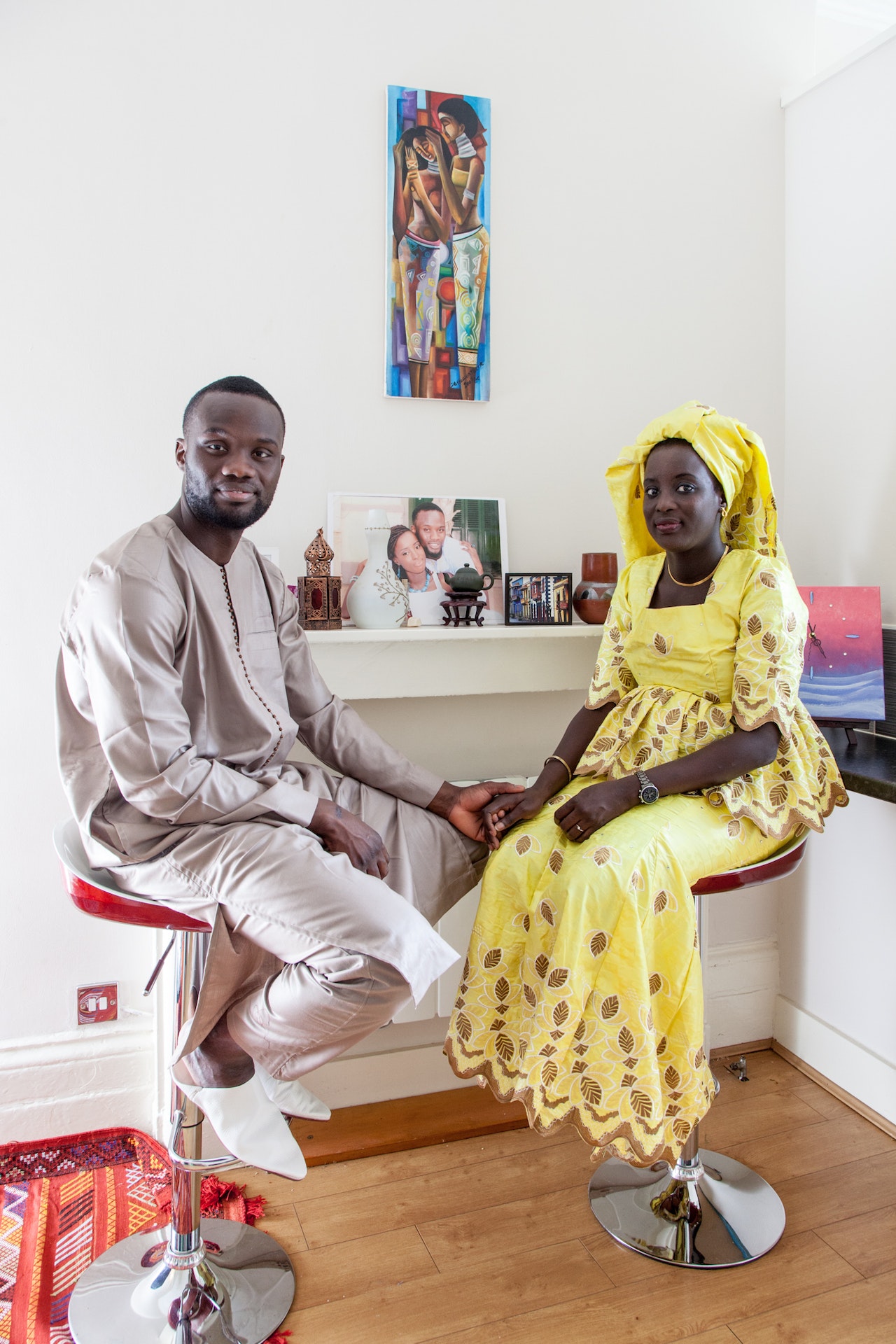 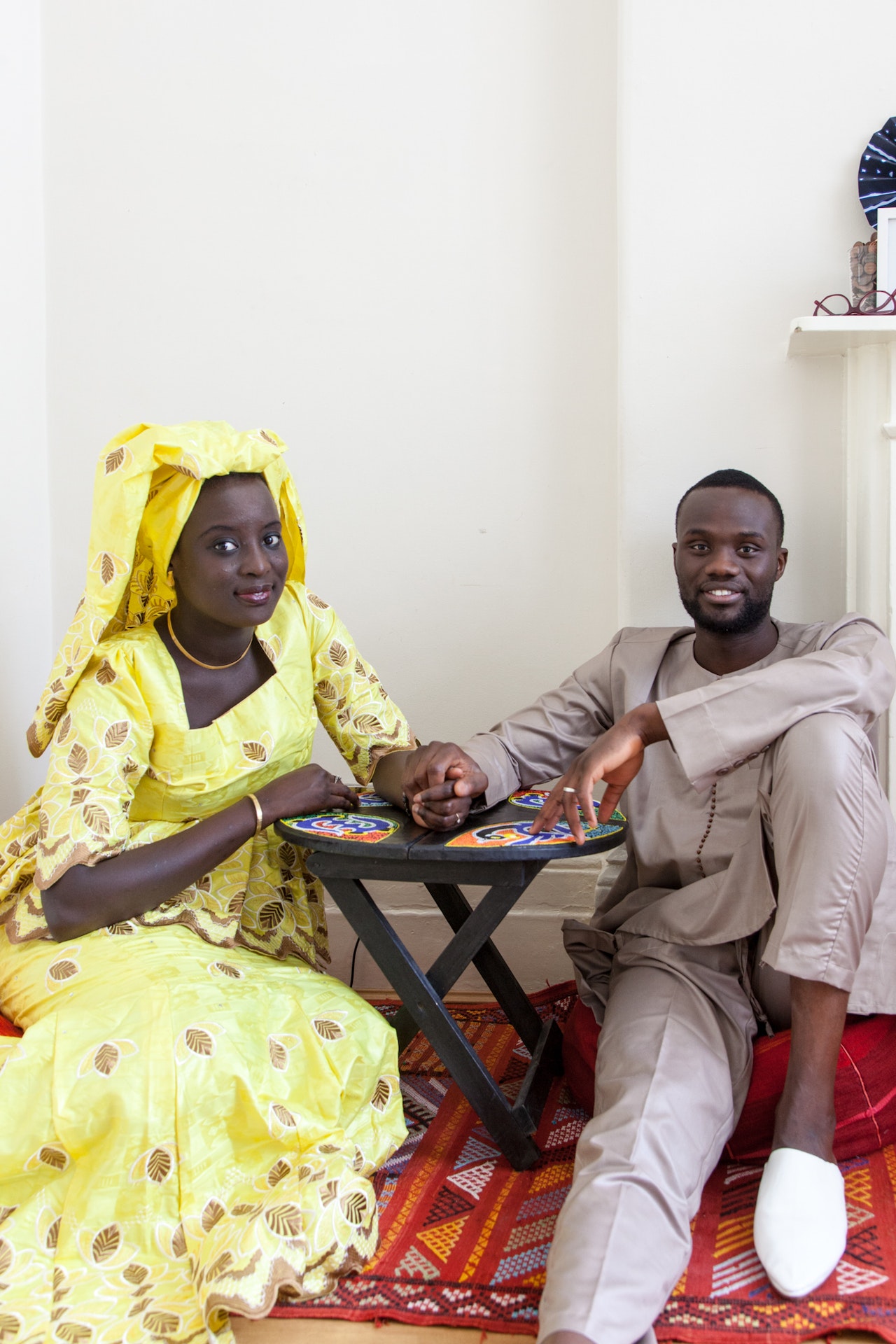 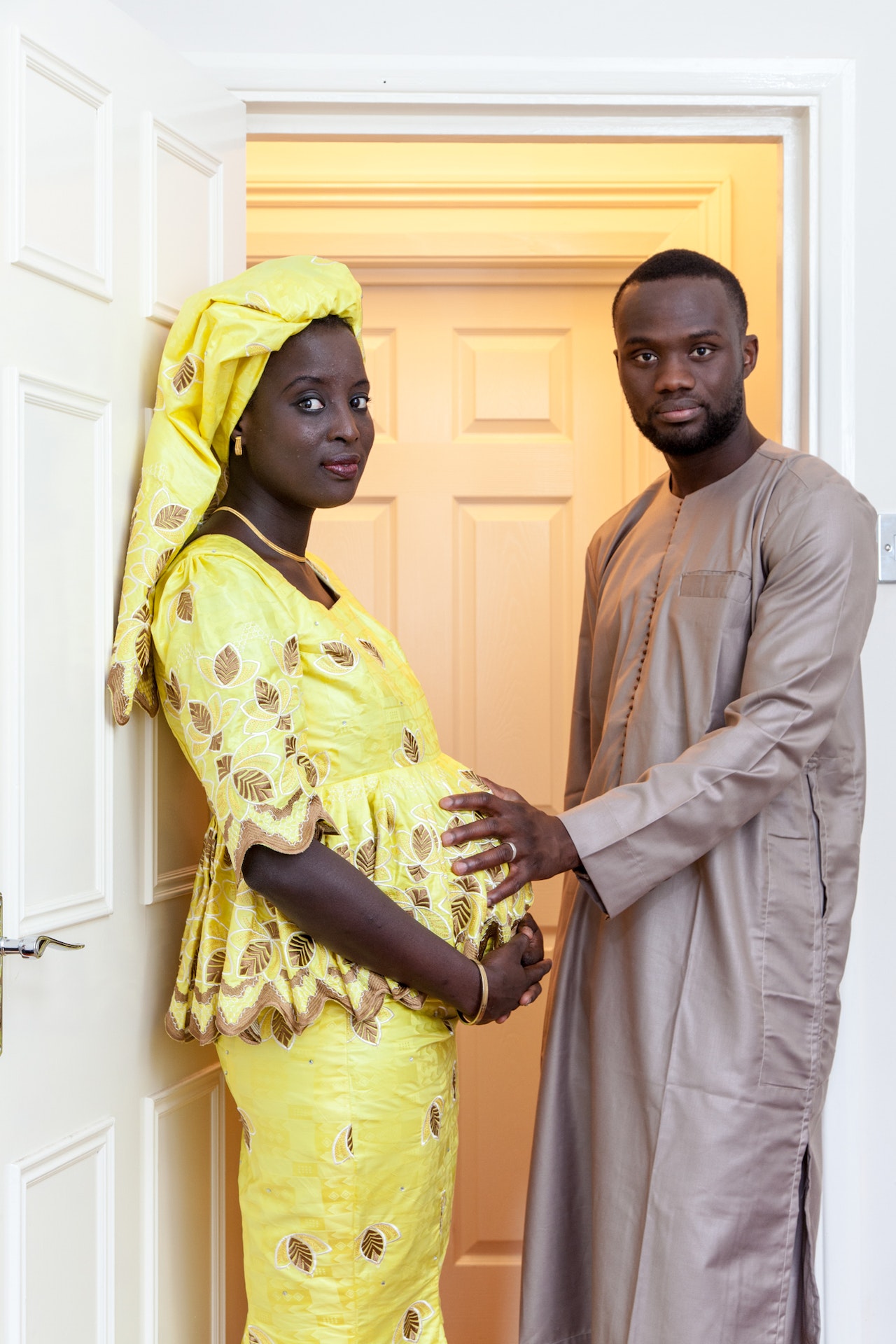 Rama who is eight months pregnant, and her husband Alioune.

“We were studying in France,” says Rama, “that’s how I met Alioune seven years ago, in 2009. We were both from Dakar. I left France the following year after university, so we ended up in a long-distance relationship for three years.”

“I didn’t have a good experience in France, so before we came to London we made a list of places we might like to settle in for a while.”

“We chose London because I got the scholarship to do an MSc at SOAS,” continues Rama, “I had been studying English since I was young and it was a dream to come to London. There’s a glass ceiling in France which we don’t feel here in London—I don’t know the rest of the UK, but here in London I’m not feeling it—it’s far more multicultural than France.”

Rama: We got married in August 2013 and I moved to London the following month. I was here on a student Tier 4 visa, having a Senegalese passport, but I eventually applied for a residence card, the EEA. Initially Alioune was coming from France every other two weeks to visit me here, but he finally came to settle in December. He’s here on a French passport—hopefully Brexit won’t change this. We have been living together ever since and we recently celebrated our three-year anniversary.

“Our home is still very minimal in case we want to move,” says Alioune. “We are young and flexible.”

Thinking of the future, the pair hope to acquire agricultural land in Senegal.

Alioune is currently working on his own recently launched start up, which is a marketplace for high-end Pan-African designers. “Progress is quite slow for now as I’m working a 9-to-5 in skincare, but Rama helps me as much as possible. The website is up and running already.”

“I received another scholarship to do my PhD and still have two years left—this keeps me occupied for now,” says Rama, “but I’ve been doing many other things in parallel. This year I launched a series of interviews with African policy makers, artists and designers. It’s called ‘30 minutes with’ and it’s on YouTube and has appeared on SOAS radio.”

“And then we’re expecting—a girl—I wouldn’t want anything else. I’m a feminist,” laughs Rama. “I had this idea of writing a book about pregnancy because in Senegal they don’t talk about it. I wrote a novel in the past and want to keep writing. As a feminist you have to bring the invisible to the public sphere and talk about it.”