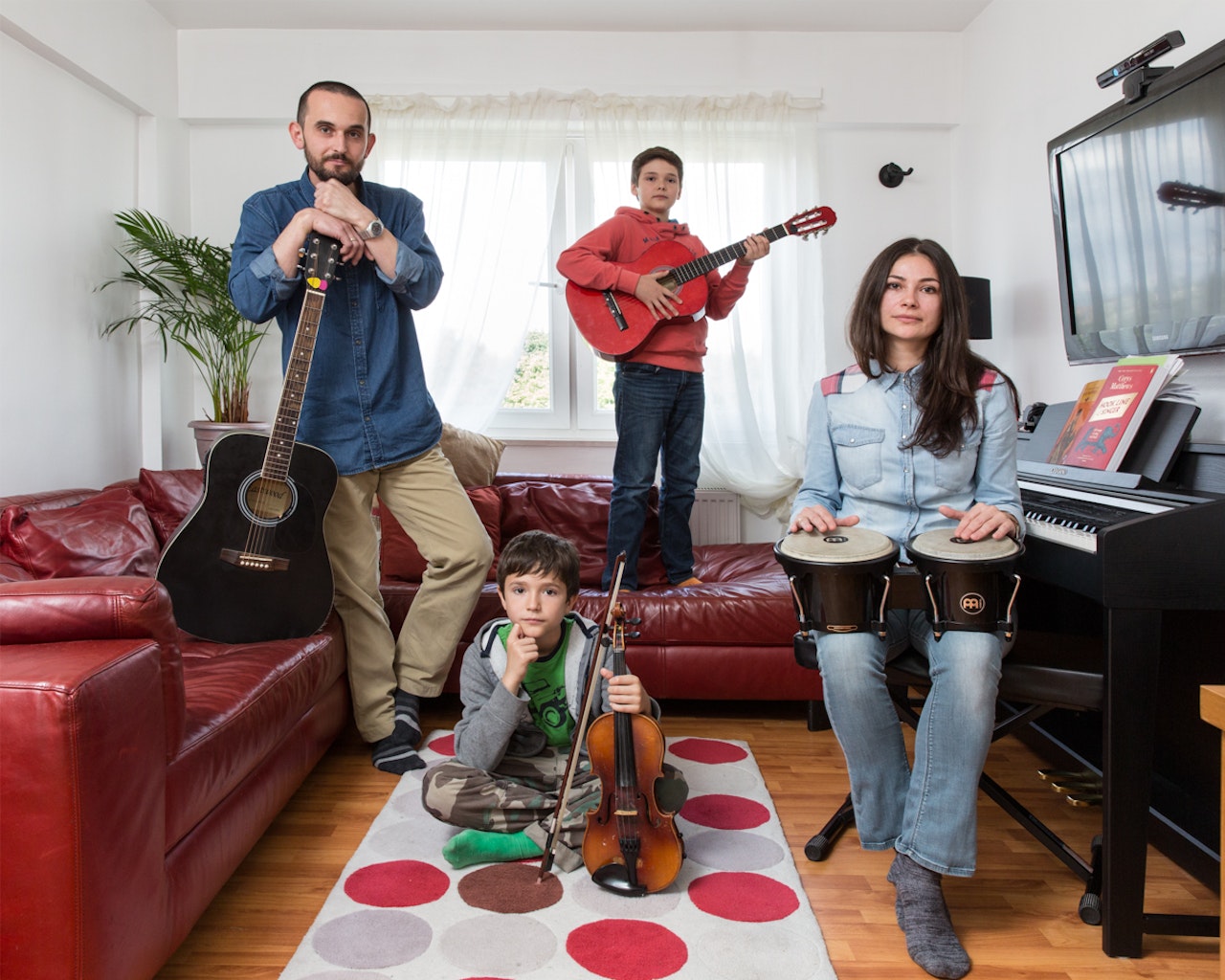 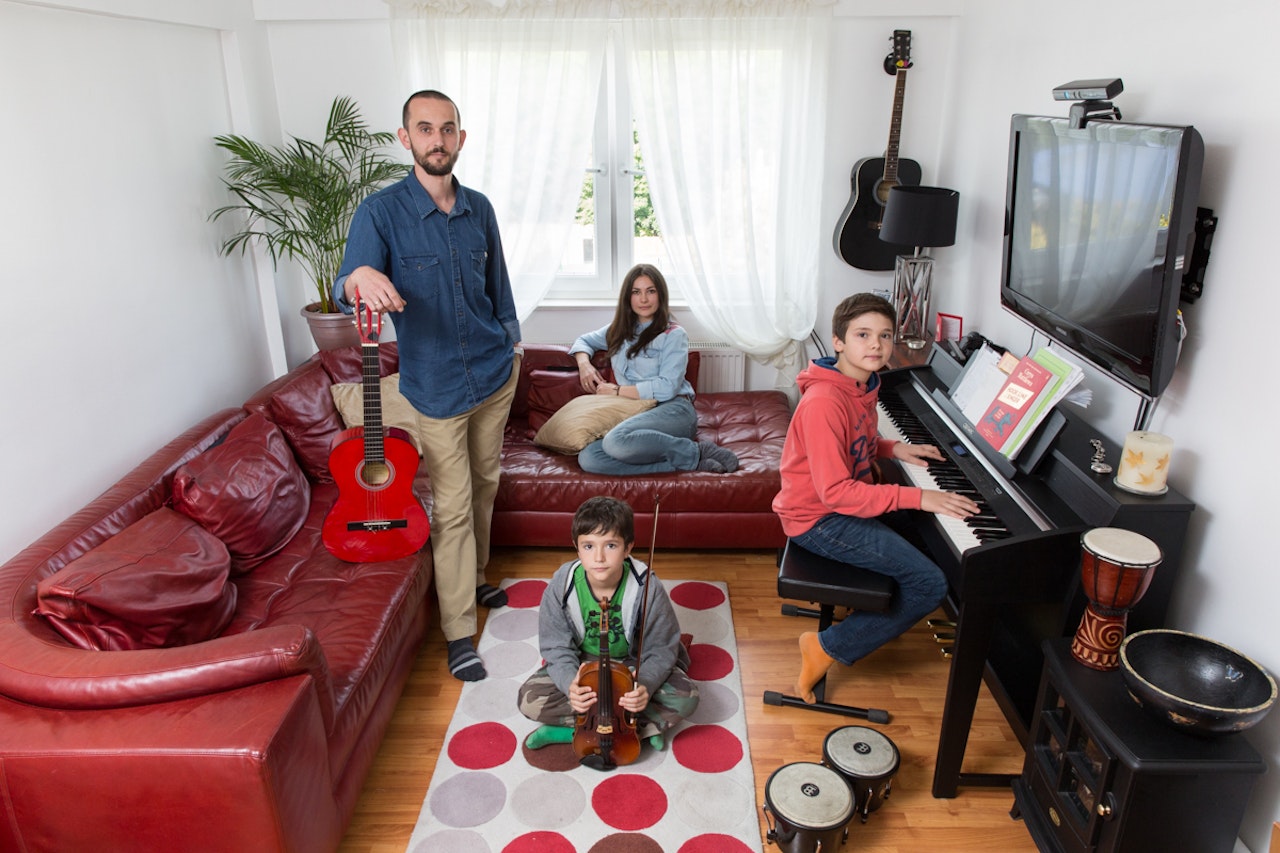 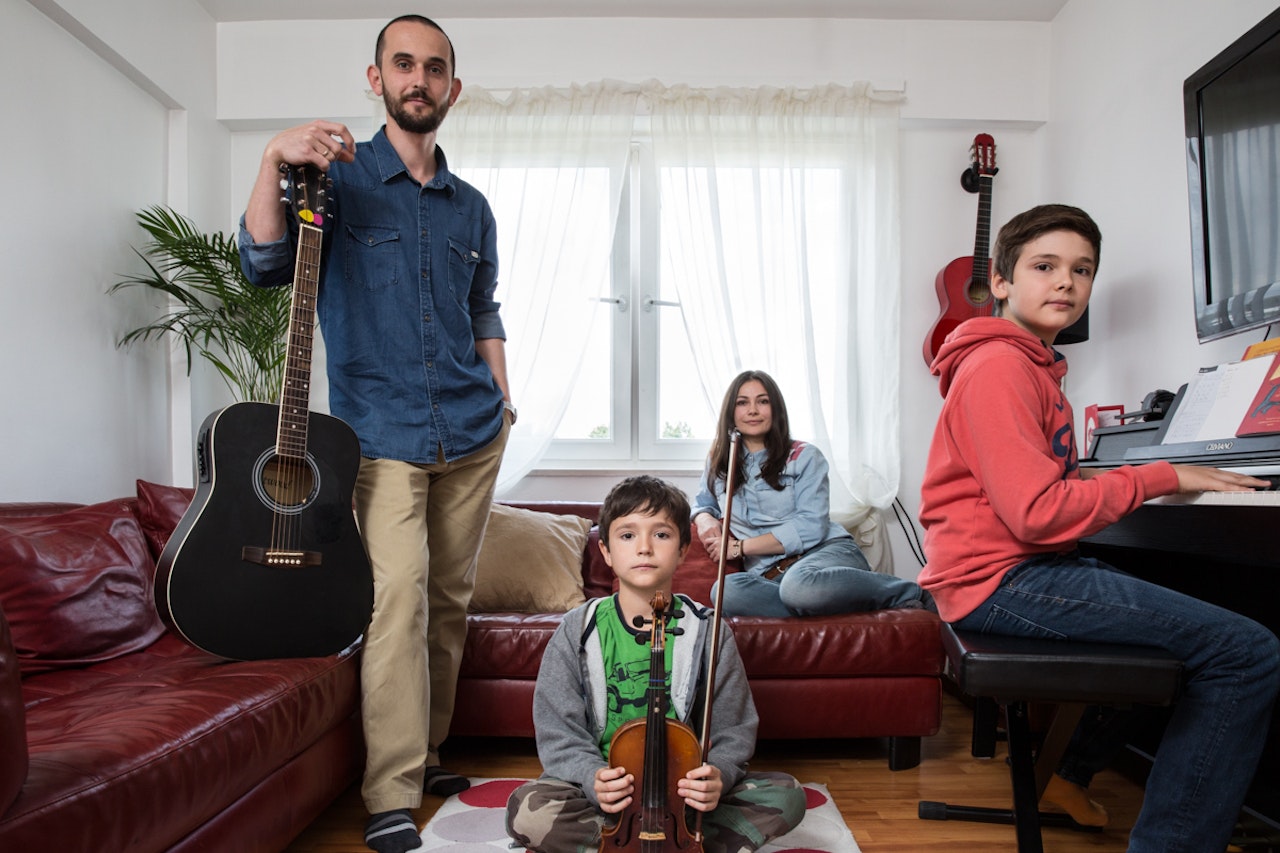 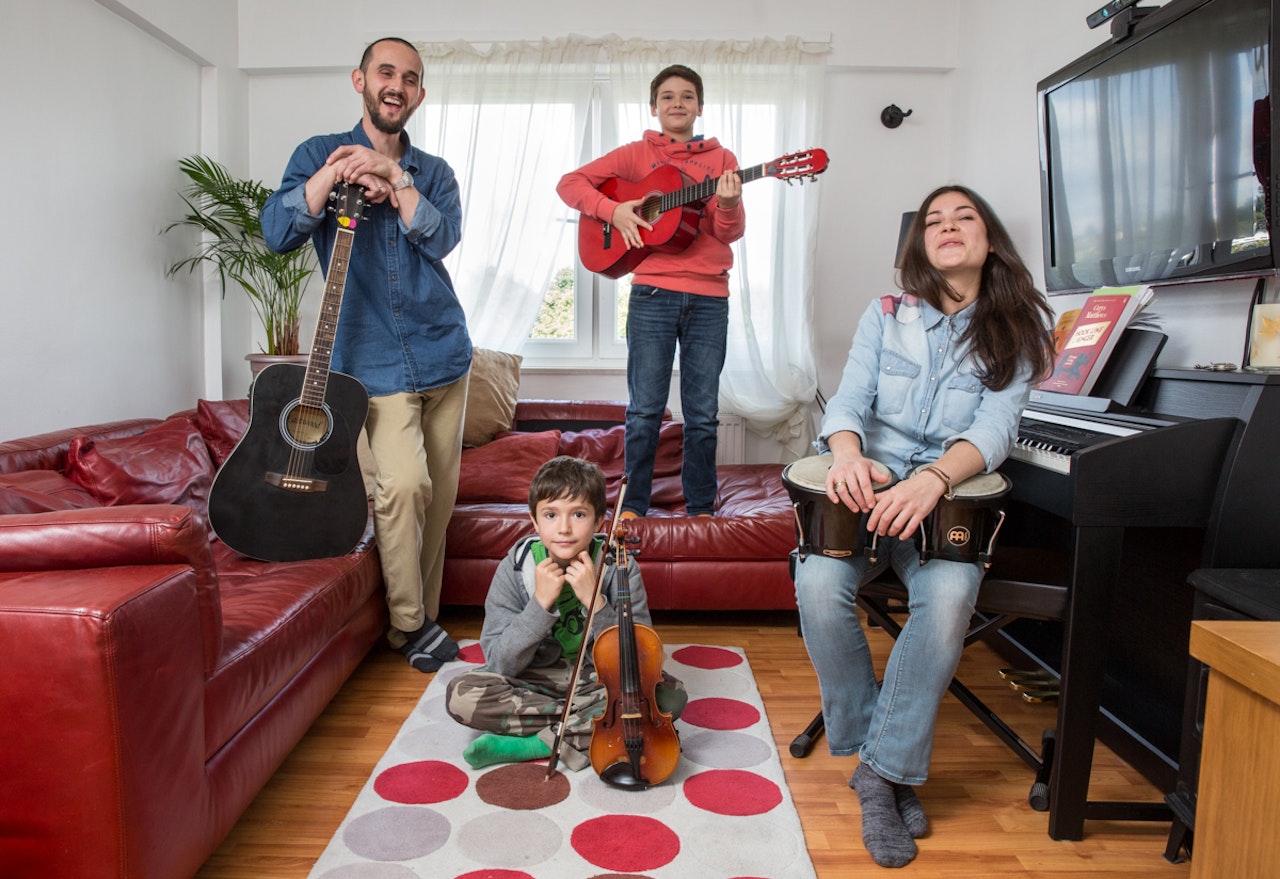 Nenad Obradovic with his wife Jelena and their sons Marko and Ilija.

“We left Kosovo when the country was at war,” says Jelena Obradovic from Serbia. Like many others, the Obradovic family came to London seeking a better life, and have been living here since 2007.

“At the time we had a photography studio business in Serbia which was doing very well” explains her husband Nedad, “but in Kosovo there were few human rights so we decided to leave it behind”.

Nedad was also a qualified engineer, which enabled him to get a five-year work permit and relocate the entire family to the UK.

“I remember looking through the car window at our new house in Shepherd’s Bush,” recalls their eldest son Marko, who was five years old when they moved to London. “At the beginning our house was unfurnished—there were just plain walls and beds. My brother chose the top bed and I chose the bottom.” His brother Llija was one and a half when he arrived, so doesn’t remember much of the country where they were born.

“I really liked it here,” continues Marko, recalling his early years in London, “everything seemed new and different.” Neither Marko nor Llija spoke English, but picked it up quickly.

While in Serbia, Jelena had been working as a nurse for eight years. She hopes to return to nursing in London after further study.

In 2012 the entire family applied to remain in the UK and are now in the process of applying for citizenship.

“We have returned to Serbia about three times for holidays,” says Marko, “we have family there and there are loads of places to visit and really nice views.” “Serbia is such a beautiful place to visit,” agrees Jelena. “If you go on holiday there are so many places to see. Actually, living there is a struggle.”

Serbia, for the Obradovic family, is now a place for holidays and family visits. They plan on staying in London long-term, though try to not relinquish Serbian culture.

The domestic sphere is where they have best retained their culture. “The children understand everything when we speak Serbian,” says Nedad, “Llija is struggling a bit with talking but Marko is quite good. And Jelena is a great cook. At home she experiments with food from around the world, but still tries and makes a lot of Serbian food.

Also from Serbia, are the Mikatovic-Ovadia Family.