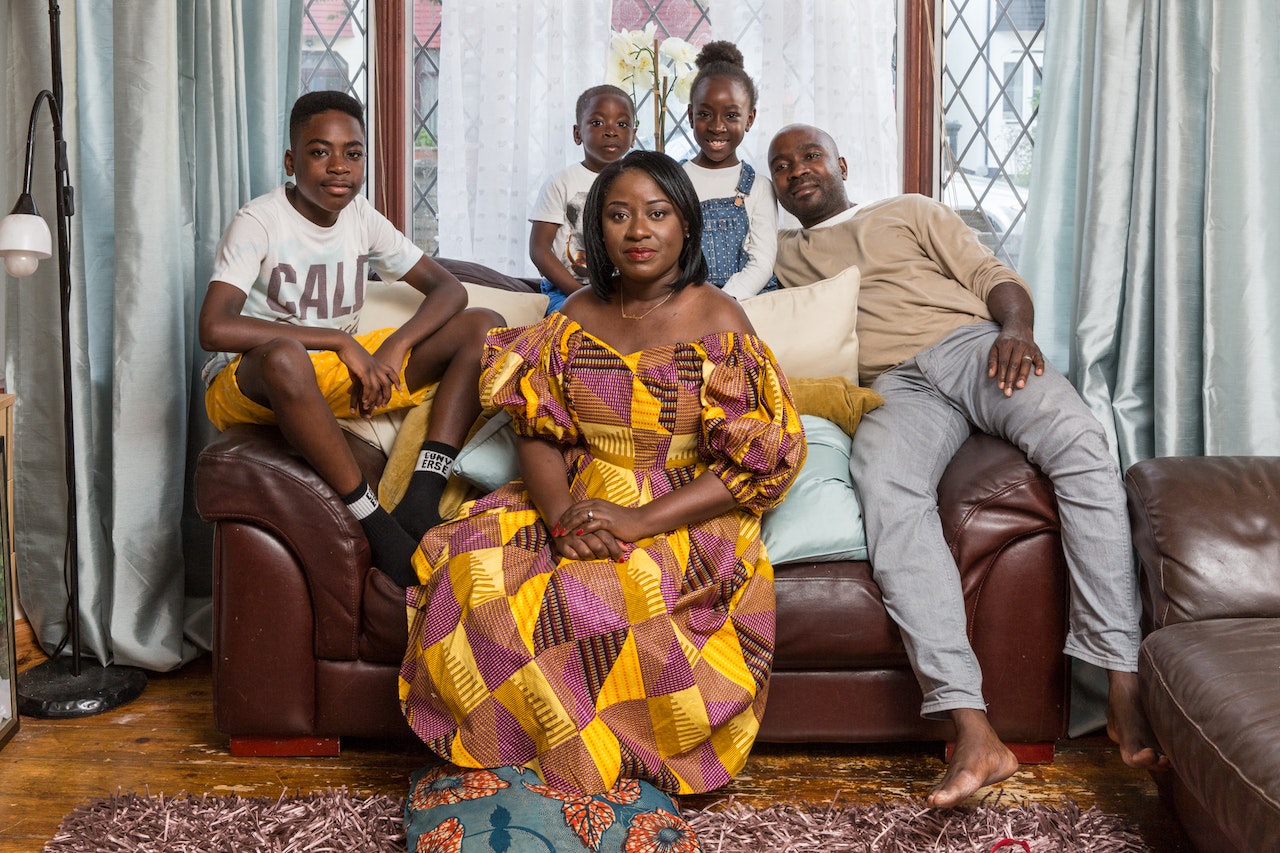 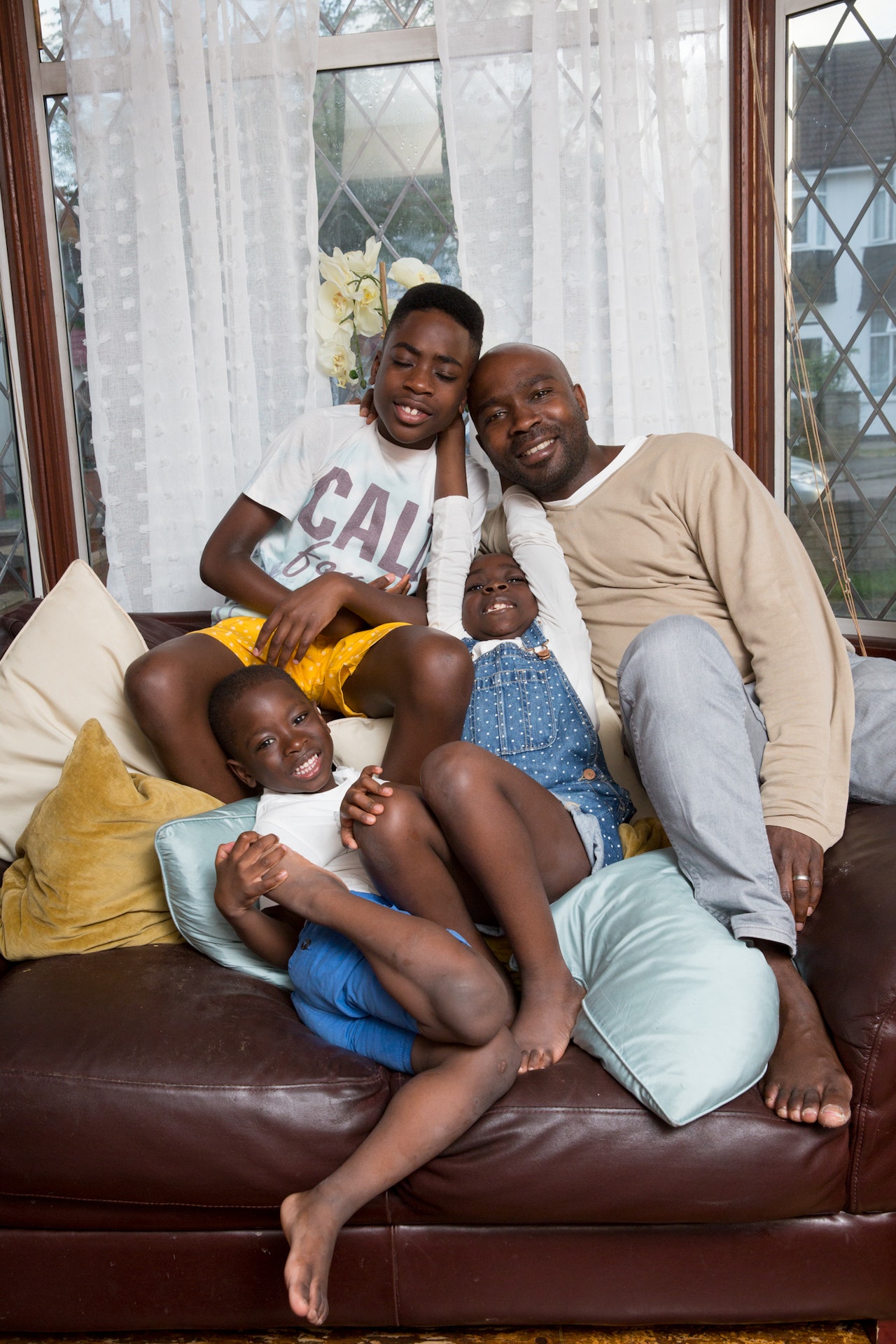 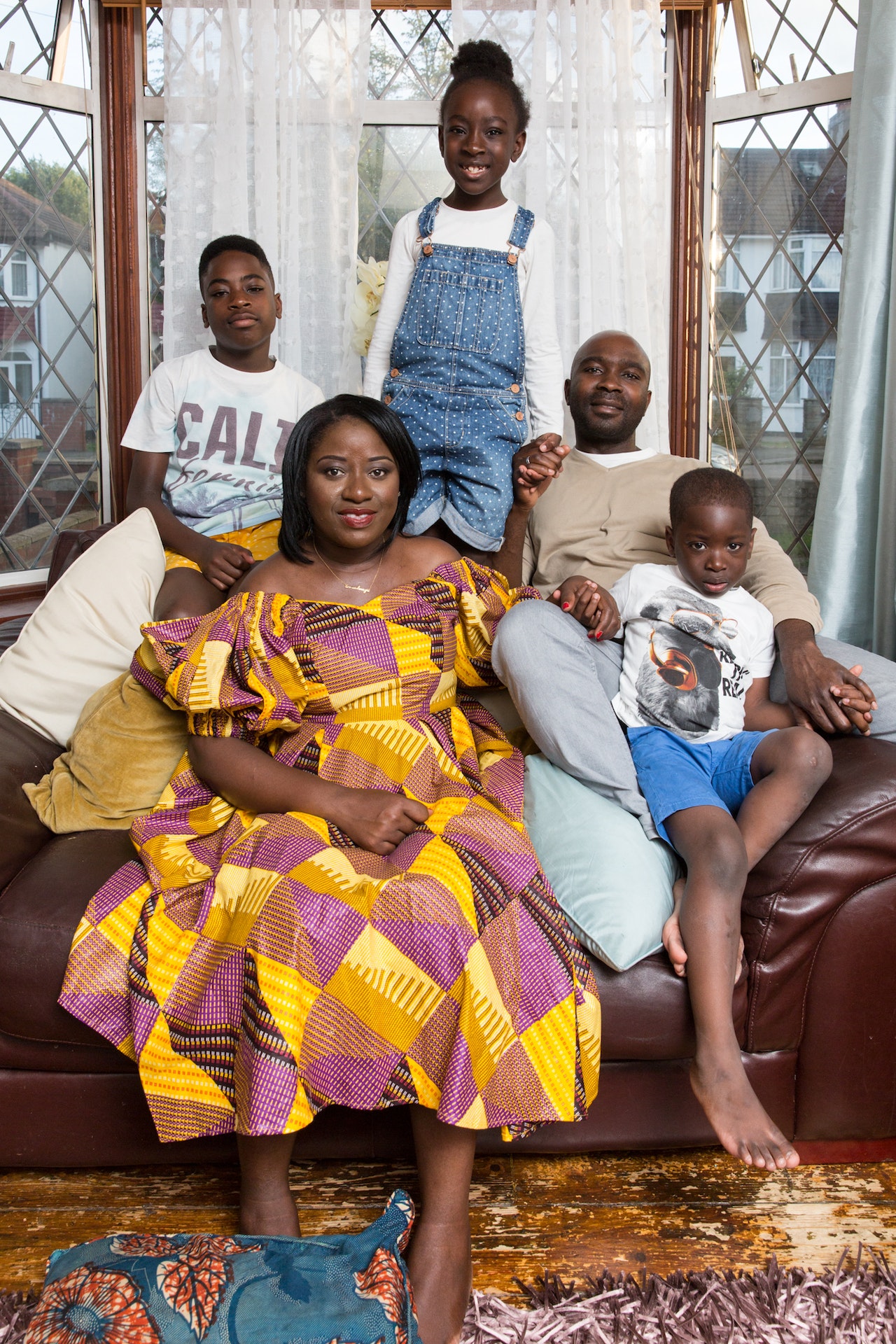 Rugie Lamin with her husband Ahmed Lamin, their daughter Naimah, 7, and sons Imad, 13, and Zane, 4.

Born in Sierra Leone, Ahmed Lamin came to London in 1994 to continue his studies in Accounting. After completing his CA, he met his future wife Rugie. Now they have three kids.

Rugie’s first visit to the UK was on holiday. “I stayed with my dad's sister in Kent,” she says. “Then I ended up going to a Catholic school there and retook my A-levels. After that, I went to university in Coventry to study French and Spanish. As I wasn’t British, I had to pay my own fees. It was tough. Because of the civil war going on in Sierra Leone, I couldn't get funding from my parents or anyone back home.”

Rugie ended up working three jobs just to support herself.

Rugie: Coming to London for me was like going home in a way. On the weekends I used to come down here and I felt really happy. It was during one of those weekends that I met Ahmed.

After having Naimah, Rugie struggled to balance caring for her daughter and keep up with her job at the Press Association. But a fierce determination led her to start her own business in wedding planning.

Rugie: I registered my business as a limited company in 2014. Now I do a lot of destination weddings, so I travel a lot, both in and out of the UK. I don’t regret leaving my job!

In terms of where she thinks of as home, Rugie says: “I always thought of Sierra Leone as home, until I travelled to other places and I really wanted to return to the UK.” Among the things she missed most when abroad were baked beans, tea (with fresh milk), and her independence.

In Africa, there is a strong sense of community. “Family is huge within our culture,” says Rugie, who uses WhatsApp groups to keep up-to-date with the latest happenings in the Sierra Leonean community in London. When Rugie arrived in the 90s, she says there was a large social community but, because she was always working, she didn’t have much time to get involved. “Now we try to help where we can,” she says. “For example, if there is anything going in the diaspora or a crisis is happening back home.”

Ahmed never intended to stay in the UK, but did so because of the civil war in Sierra Leone which lasted from 1991 to 2002.

Ahmed: Over the last four or five years, Rugie and I have been discussing the possibility that maybe one day we'd like to take the kids back and go and settle, but Sierra Leone is a difficult place. The educational system is quite poor. The kids are very young at the moment and they need a strong foundation in education, so I think if I take them back I might be depriving them of that.

Ahmed: Health care is also non-existent in Sierra Leone. Recently there was the Ebola outbreak that killed over 4000 people, just like that.

Rugie: When I go back to Sierra Leone, I sometimes get jealous of my friends, as they have maids and big cars. If they visit here, they would laugh at me, but I am really proud of where we are and what we have. I am happy with my life here.