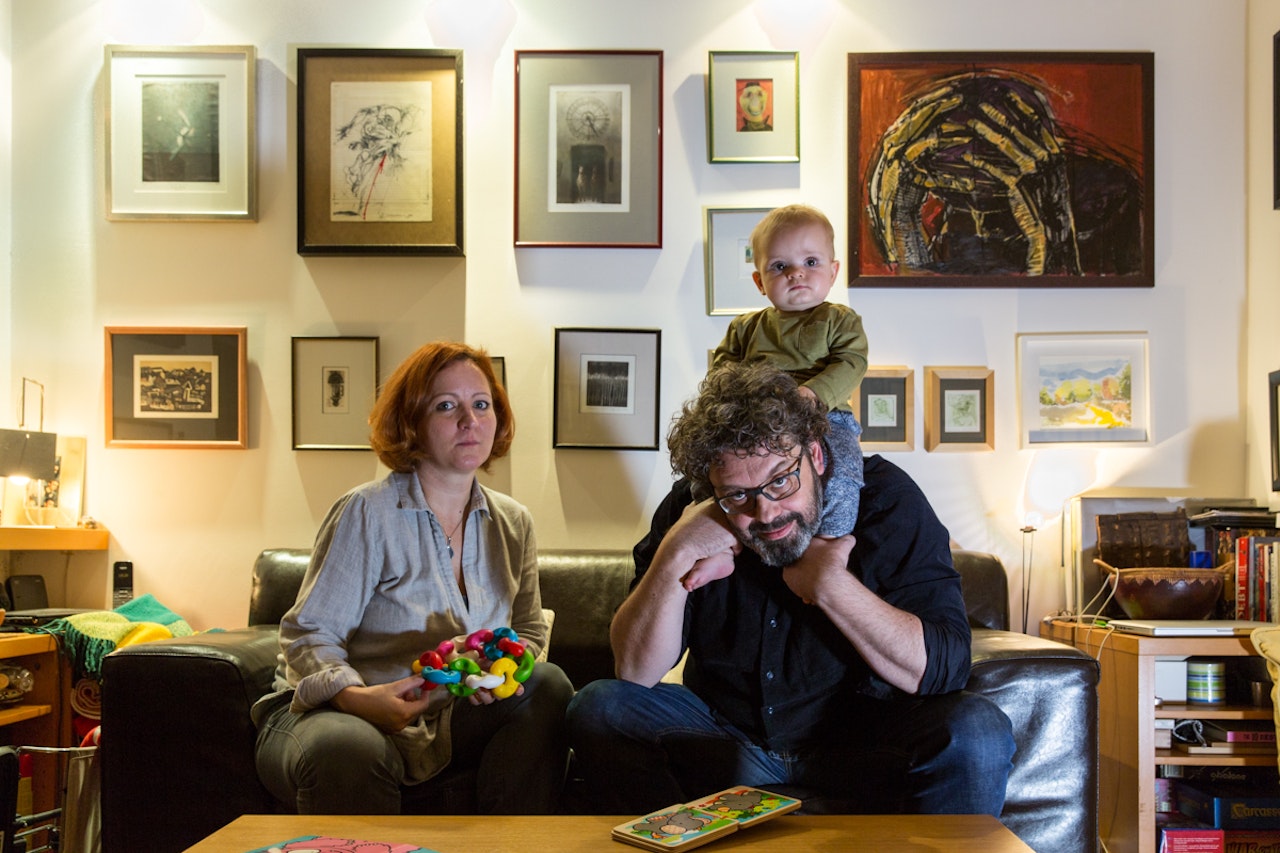 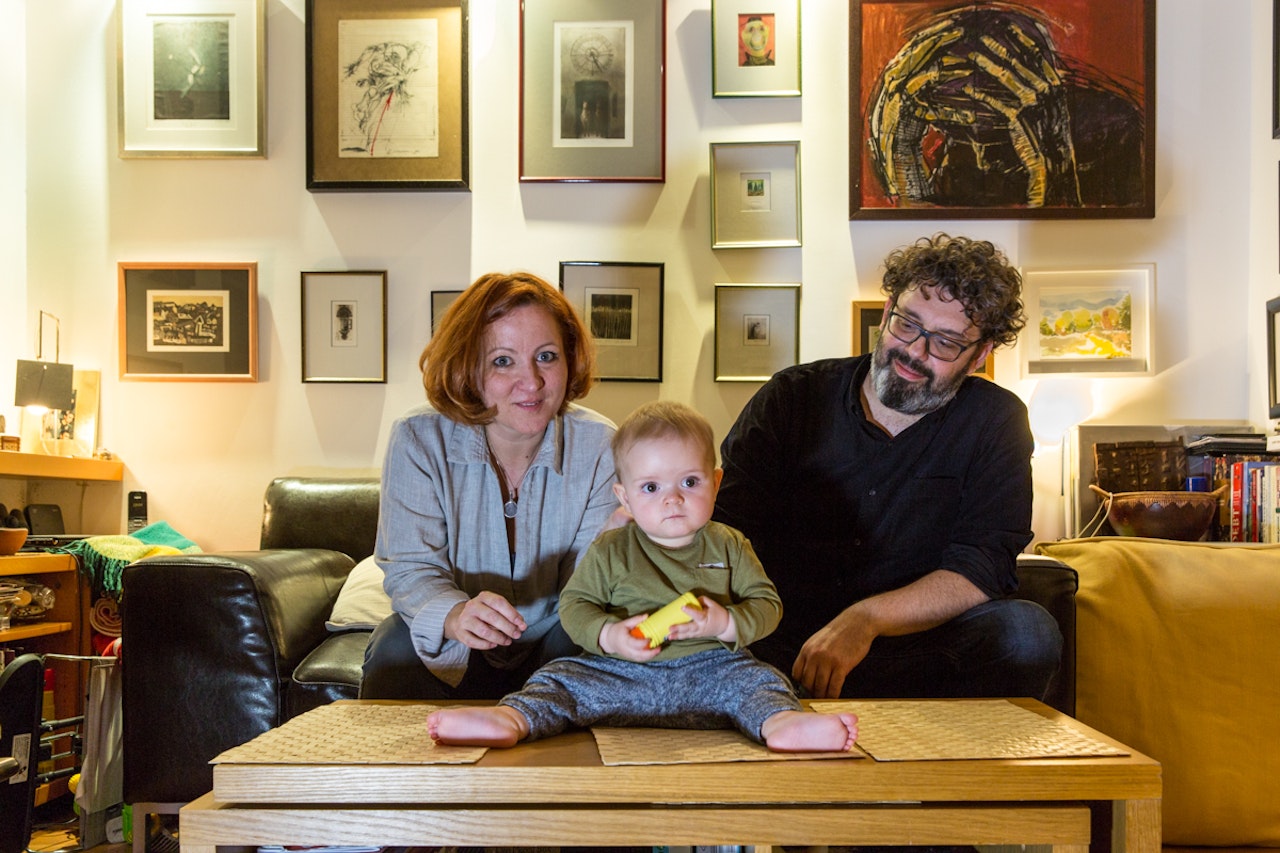 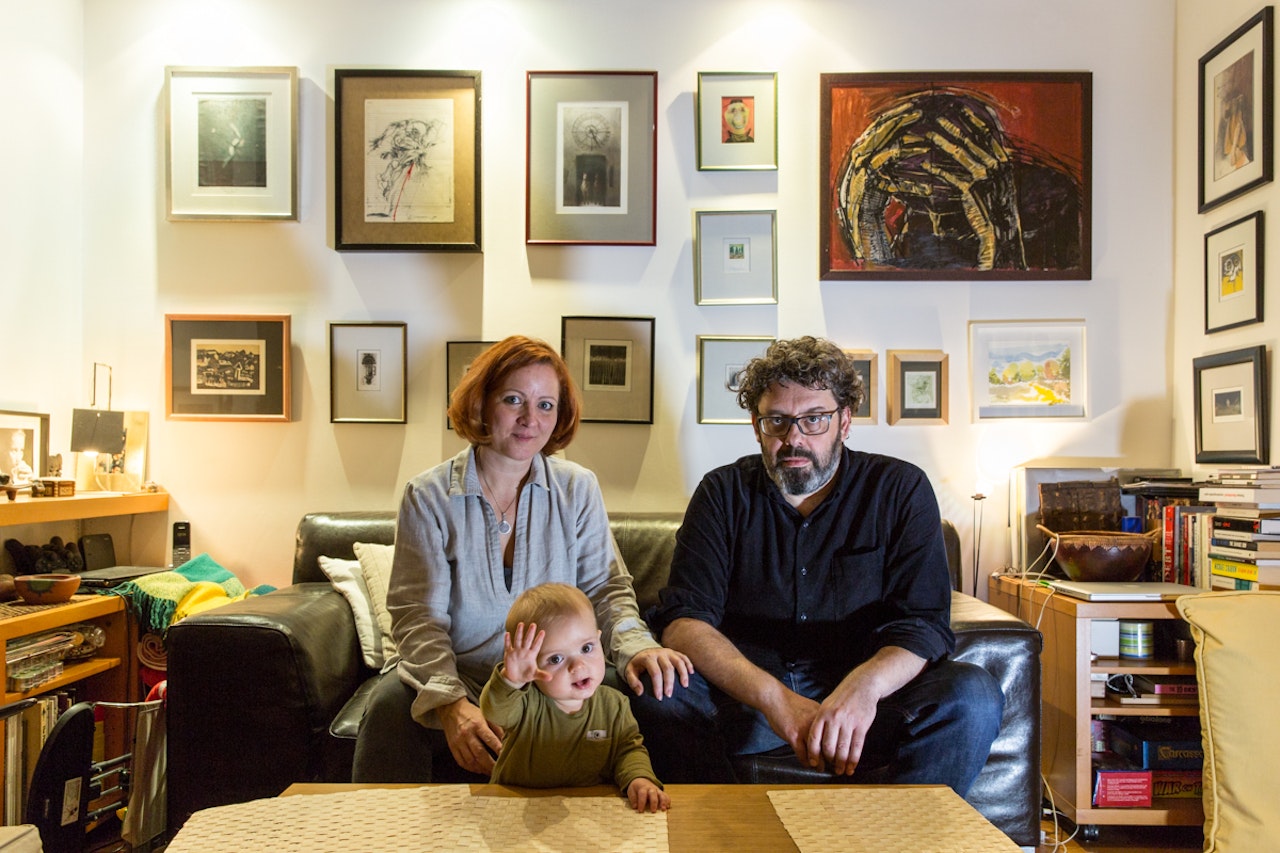 Maya Mikatovic-Ovadia with her husband Daniel Ovadia and their daughter Nella.

“I have a deep aversion towards any kind of nationality; I’m sick of it,” says Daniel Ovadia from Sarajevo, a city that is now in Bosnia.

He came to London in 1992, the year that the Bosnian war started. “I don’t feel Bosnia was ever a country,” he continues, “I was Sarajevan, and then Yugoslav – that was my actual nationality, and that doesn’t exist anymore. Twelve years later, I have a British passport but I don’t know what being British means anymore. Or what it ever meant.”

Daniel was studying architecture in Sarajevo before the war, and is now a practising architect in London. “London is good,” he adds, “but London is like a different country, isn’t it?”

It was in Croatia that he first met his wife Maya Mikatovic-Ovadia, though they got together when she moved to London in 2003. “I think London is the only place where I would live because of its multiculturalism,” she explains. “It’s beautiful here because our friends are all from here. And at the same time nobody is from here.”

“When people ask me where I’m from, I say former Yugoslavia,” she continues. “But here I am Slovenian because I’m on a Slovenian passport and I was born in Slovenia, and yet my surname from my father is Montenegrin and one grandmother was from Kosovo. I’m from Slovenia and also from Serbia and Montenegro. Yugoslavia sort of covered everything.”

Maya is a freelance theatre director. She works in schools teaching applied theatre and is a lecturer at Kent University. She also facilitates theatre for social change, which takes her to Bosnia three months a year to supervise workshops as part of a project to encourage reconciliation in the region’s school.

“They’ve picked particularly nasty spots in north west Bosnia where some of the camps were located during war,” says Daniel. “There they have huge segregated communities that they’re trying to reconcile.”

“Now that Serbia is part of Bosnia, the government is denying the genocide happened,” says Maya, “but the regions also had different histories, and people don’t encounter each other in the rural areas. One of the aims of this project is for kids to physically cross boundaries so that they can meet in each others’ schools.”

“I’m Bosnian and I don’t have a stomach for that,” says Daniel. “Maya is special in that she can actually sit down and talk with these guys who have been involved in the war – and now they come back to their own lives and run schools. Essentially what happened in the region impacted our lives – mine directly, hers indirectly – and twenty or so years later nothing has changed.”

Also from Bosnia, the Becvkic-Solak Family.  From Serbia, are the Obradovic Family.