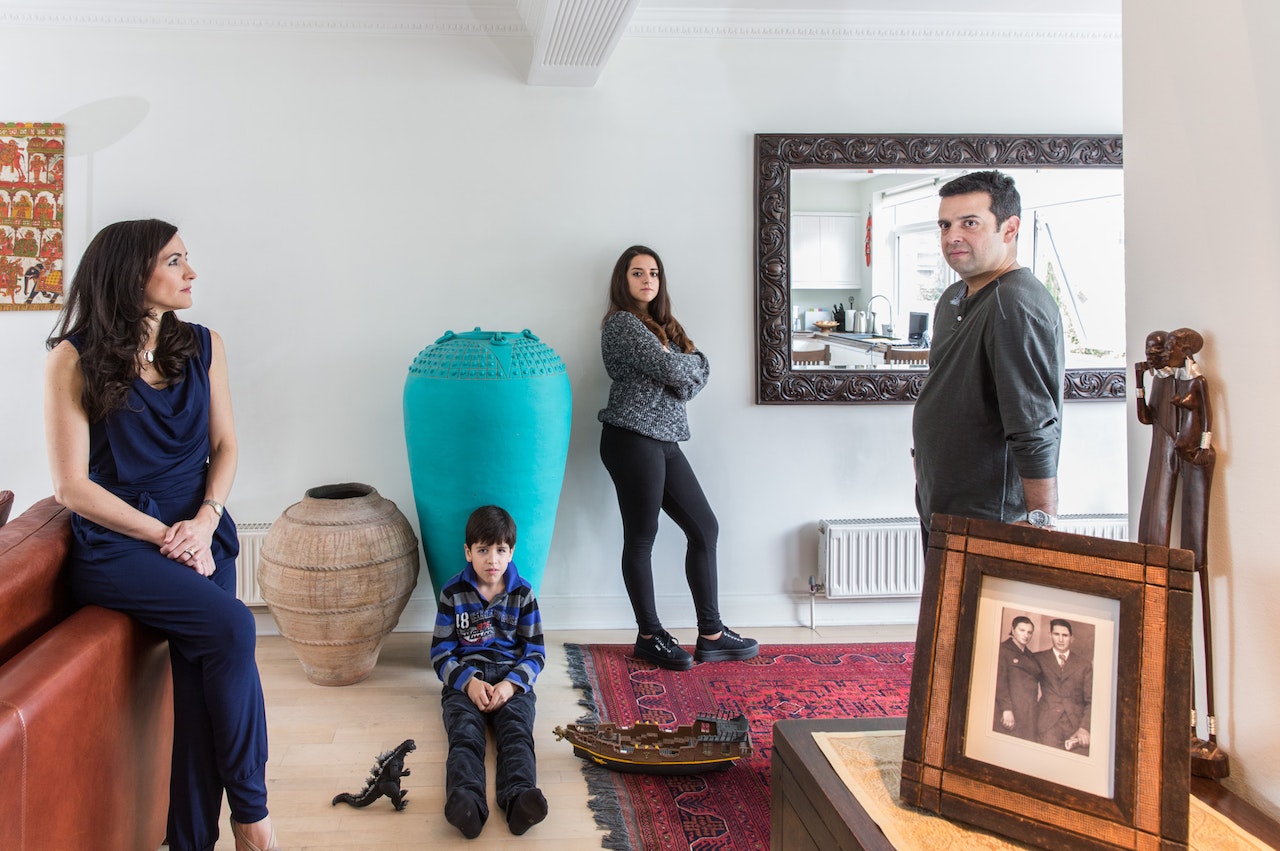 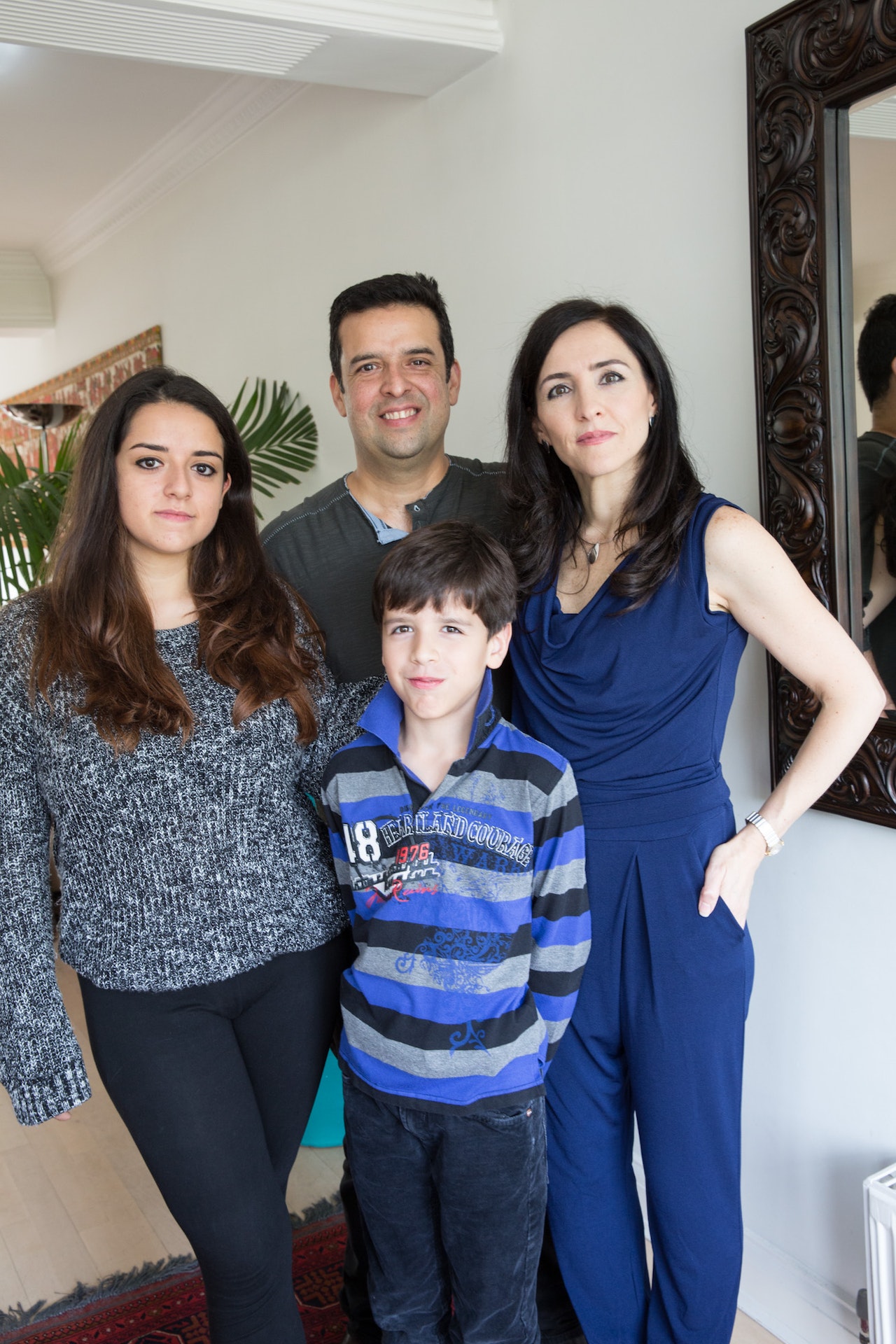 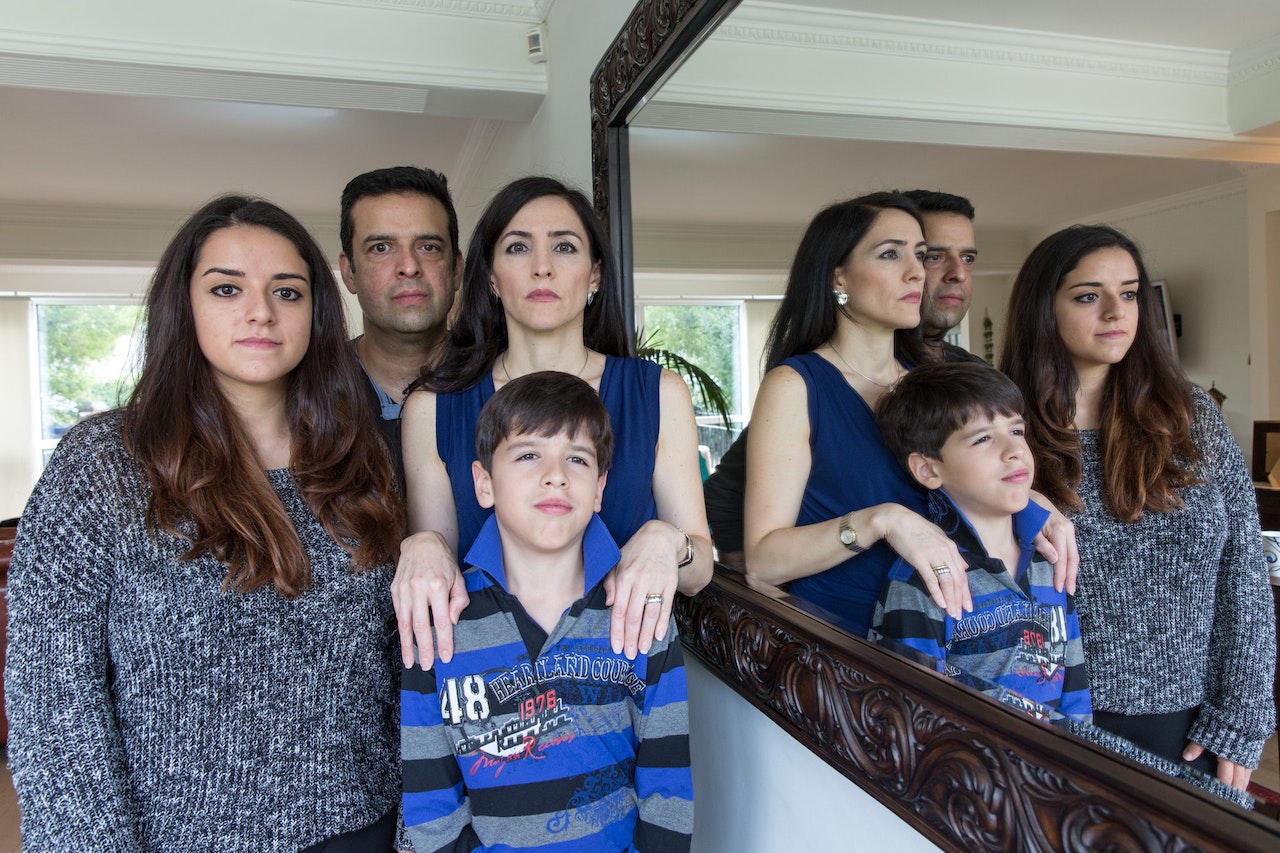 Beatriz Perez with her stepdaughter Shaira, her husband Shabbab Khan, their son Kian, 9.

“Sometimes circumstances force you to move on” says Beatriz Perez. “I was born in Spain, but Franco was in power and there was a war so my parents migrated to Venezuela when I was five years old”. There she married her Venezuelan husband Shabbab Khan, and together they moved to the United Kingdom. “Had I not married, I would still be there, or elsewhere”.

After completing an MBA at Imperial College London, Shabbab, who is a civil engineer, got a job with a big consulting company. “They sent me back to Venezuela to work on a project. Beatriz is the sister of my cousin’s girlfriend, and we met at a party. After the year was up I returned to the UK—Beatriz married me and came too”.

Shabbab’s daughter Shaira was born in Cleveland, Ohio. “I didn’t live there long” she says. “I lived in Venezuela for 10 years with my mum. We went to Argentina as the situation worsened in Venezuela. I lived there for eight years, though two days ago I moved here to study. I’ve been travelling since I was four years old, coming to London at least once or twice a year to visit family”. Shaira holds American and Venezuelan passports.

Kian was born in Dubai though moved to the UK when he was 10 months old. “I like London” he says, “I like living in Hampstead because we are close to Toys R’ Us”. “I want to be a movie director,” he says of his future plans. “Yeah, that’s all I want to be basically. Oh and also an advertiser if I want”.

“My first memories were in Spain—I guess I’d like to die there to sort of close the circle” reflects Beatriz. “Venezuela is my second home because I spent so long living there. You come to realise that ‘home’ is a place that you just construct in your mind that is based on the memories that you have of different places”.

“Her explanation is really quite accurate,” concurs Shabbab. “If you look at Beatriz, Shaira and I, we’re in limbo. But he [Kian], if he wants to, is in a position that he can live and work here for the rest of his life”.