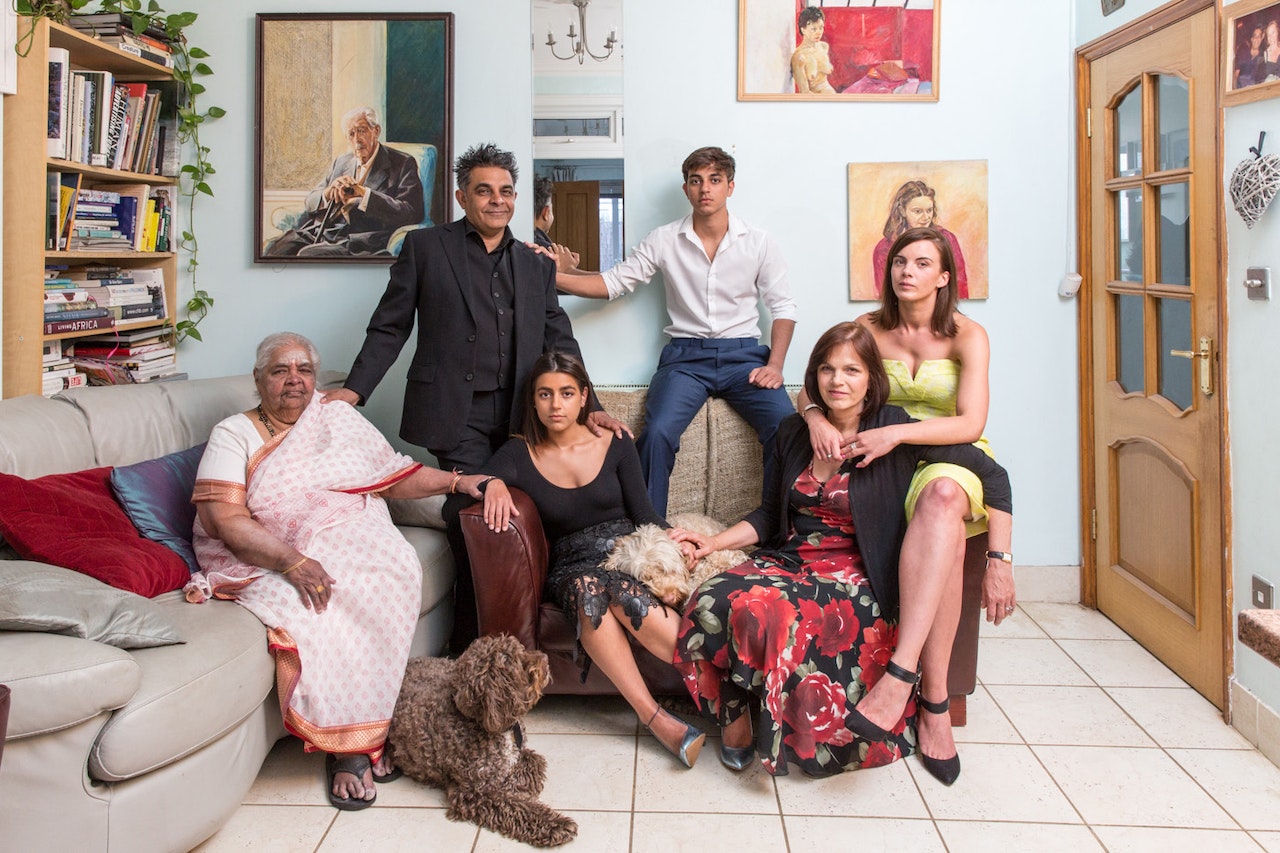 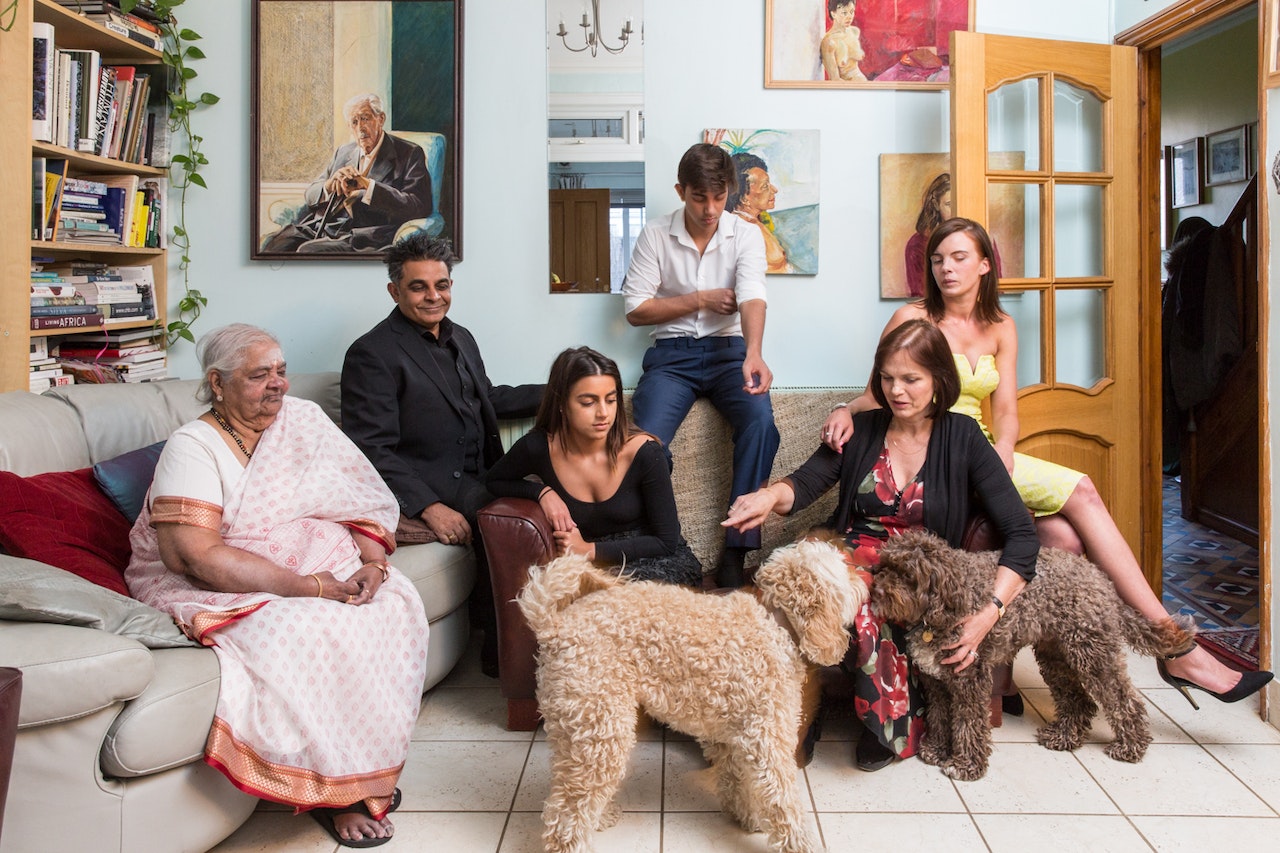 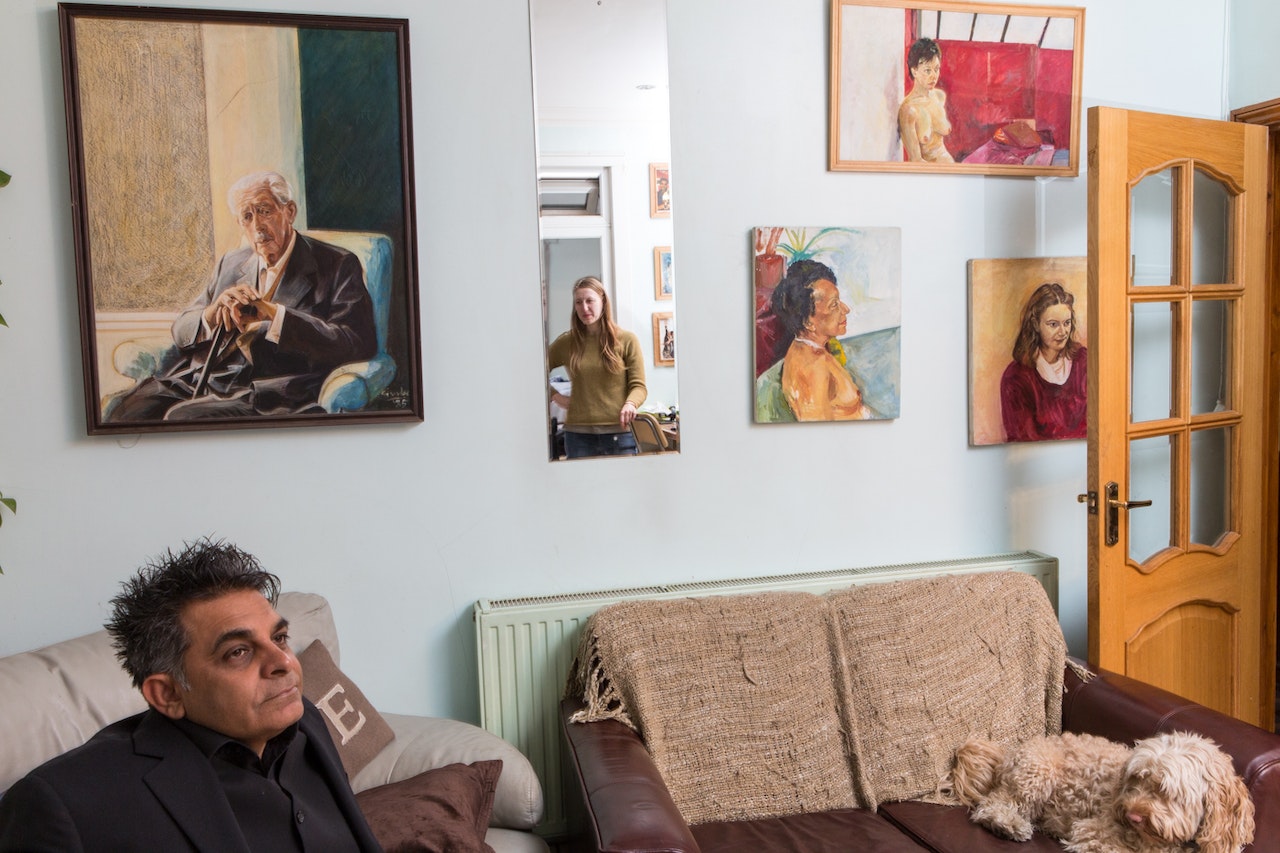 “I was nine years old when we moved to Zambia,” says Gandee Vaikunthavasan, who was born in Sri Lanka’s capital Colombo to a family of Tamils. “My father left Sri Lanka in 1971 to work as a magistrate there, and our family moved with him.”

Gandee’s family stayed in Zambia for six years before his father decided to come to England in 1977 to practise as a barrister, when Gandee was 15. “I now have a British passport and I’ve lived here ever since.”

Having worked as a portrait painter, a retoucher in advertising and later at Getty, Gandee is now an advertising photographer specialising in animals. He has published about five photo-books portraying cats and dogs to date.

He met his wife Anita Sawyer on Guardian Soulmates, a dating website, in January 2009. “I was born in San Francisco, USA, but grew up mainly in England and Rome because my father worked in the airline industry,” she says. “My mother is Irish and my father is a mix of Portuguese, Spanish and Indian — he was born in Yemen and raised in Bangalore. He spoke some Tamil growing up, so I felt very at home with Gandee when I met him.”

“I’m a dyslexia specialist,” she continues, “but I also go into schools to coach staff about methods to enable children who are either living in poverty or have learning difficulties to make better progress.”

Gandee’s daughter Veena was born in Amsterdam in 1993 to a Swedish mother (to whom Gandee was married for 21 years), though she has lived in London since the age of one. She is currently in her second year of studying Textiles.

Anita’s daughter and Gandee’s stepdaughter Sophie Kaye was born in London, grew up in Camberley, moved up to York and later France, before returning to London when she was 11 years old. Her biological father is Australian of Greek heritage. Sophie currently works at Soho House & Co, a restaurant group that serves people working in the creative industry.

“I would probably identify culturally as British – as a Londoner,” says Sophie. “I feel quite connected with London as a city.”

“I never thought of myself particularly as British due to the strong Irish, Mediterranean and Indian influences I had growing up” says Anita. “I feel more comfortable being British now that I see Britain as a multicultural place.”

“I wouldn’t say I’m British, though I am a Londoner,” says Veena. “I grew up here and went to school here. My boyfriend’s Turkish and most of my friends growing up were Muslim. I feel Sri Lankan Swedish, though I probably identify more with my Swedish side – I have a Swedish passport, and growing up we would go to Sweden a lot. I have never visited Sri Lanka and I can’t speak Tamil, but I’ve always been around the culture.”