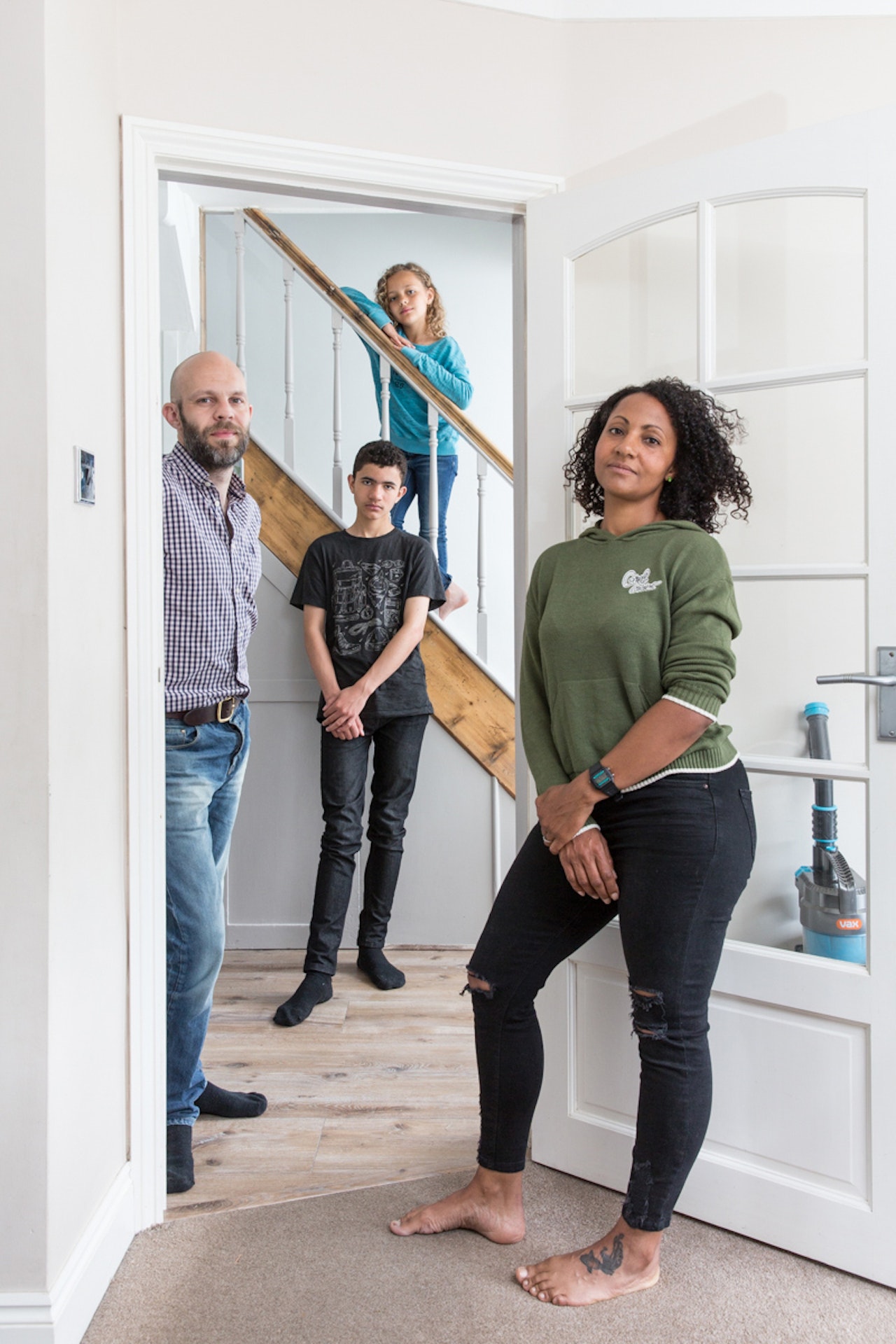 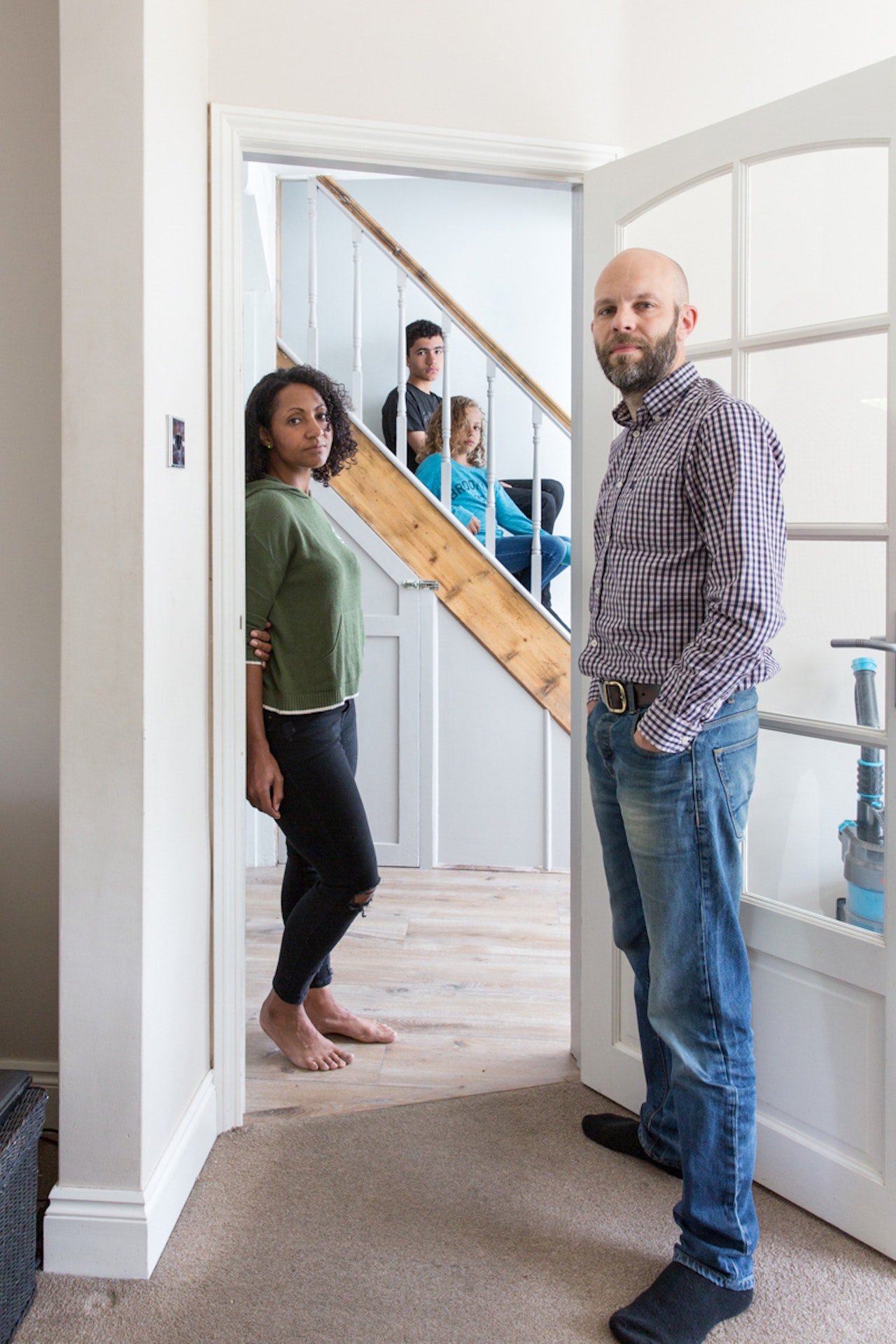 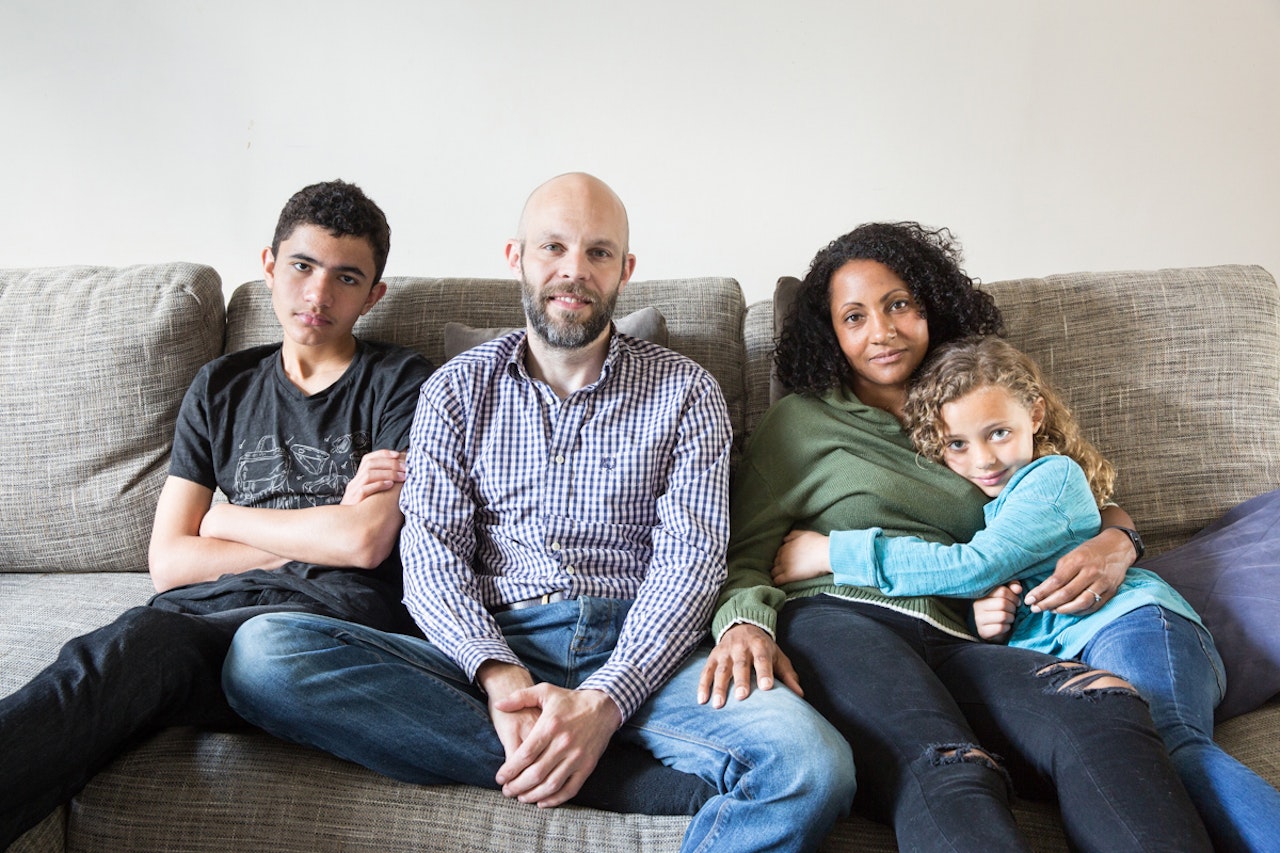 Niccola Gibbs with her partner Gareth Toogood and their children Ethan Gibbs and Lota Toogood.

“I only went back to St Kitts once, and that was when I was a one-year-old baby,” says Niccola Gibbs. “My dad’s mother was dying, and she wanted to meet me before she died. Unfortunately we didn’t get there in time.”

Niccola was born in Hackney to a Kittitian father and British mother. “My grandfather on my mother’s side was one of the first Jamaicans to arrive on board the MV Empire Windrush,” she explains. “My father came to London with his parents in 1964, when he was 12 years old. He met my mum sometime in the 70s—he has since moved to Canada.”

Ten years ago, while working at a publishing company, she met her partner Gareth Toogood. “Niccola is a graphic designer and I work in a department that sends stuff to print,” he explains. “We started going out a couple of years after Niccola changed workplace.”

“Since, I’ve been working for an agency whose main client is McDonald’s,” says Niccola. “I like it—it’s interesting work and I get on really well with the team.”

“I still work at the same company where we met, and we make lots of trade magazines that no one has ever heard of,” says Gareth, “it’s very niche.”

Niccola has spent most of her adult life in and around Walthamstow.

“I’m Cockney and grew up in East London at the time when everyone had that accent,” she explains. “Two years ago we moved to our neighbourhood—it’s really nice to have moved to an area where all my neighbours have my accent as well—they all moved further out here.”

“In terms of their Kittitian heritage, the kids don’t really give it much thought,” remarks Gareth.

“I wish they did, but then I wish I gave it a bit more thought too,” says Niccola. “My dad is retiring soon and is thinking about going to Spain, or back to St Kitts.”

“I wouldn’t mind if he moved to Spain because it would mean I could see him more; the last time I saw him was when I was 24, and I’m 43 now! We still write letters to each other, and he writes to the kids too. He’s very old school and will never write an email.”

“And then I’ve always wanted to go to St Kitts and Nevis, but I’ve never had the money to get there,” she continues. “I do think of it as somewhere that I come from, though I was born here.”