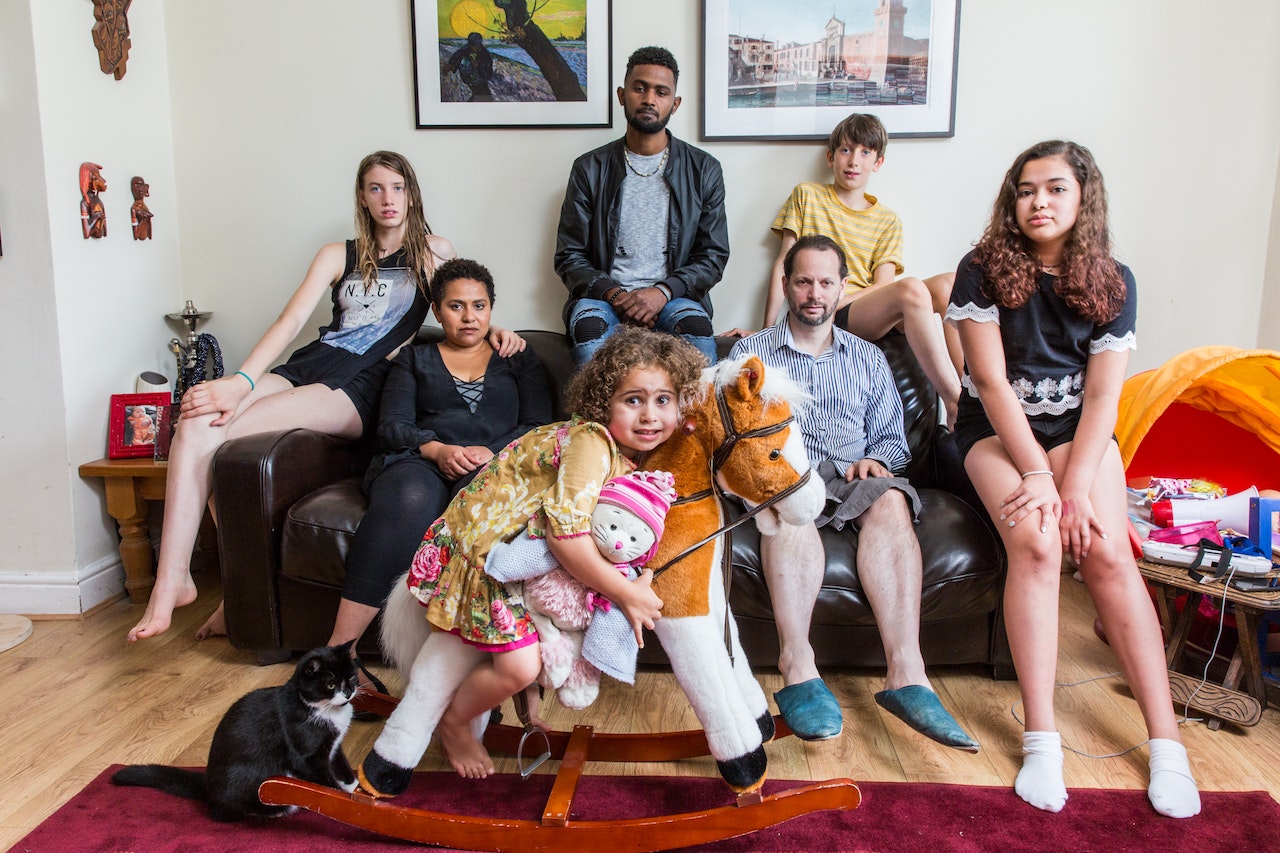 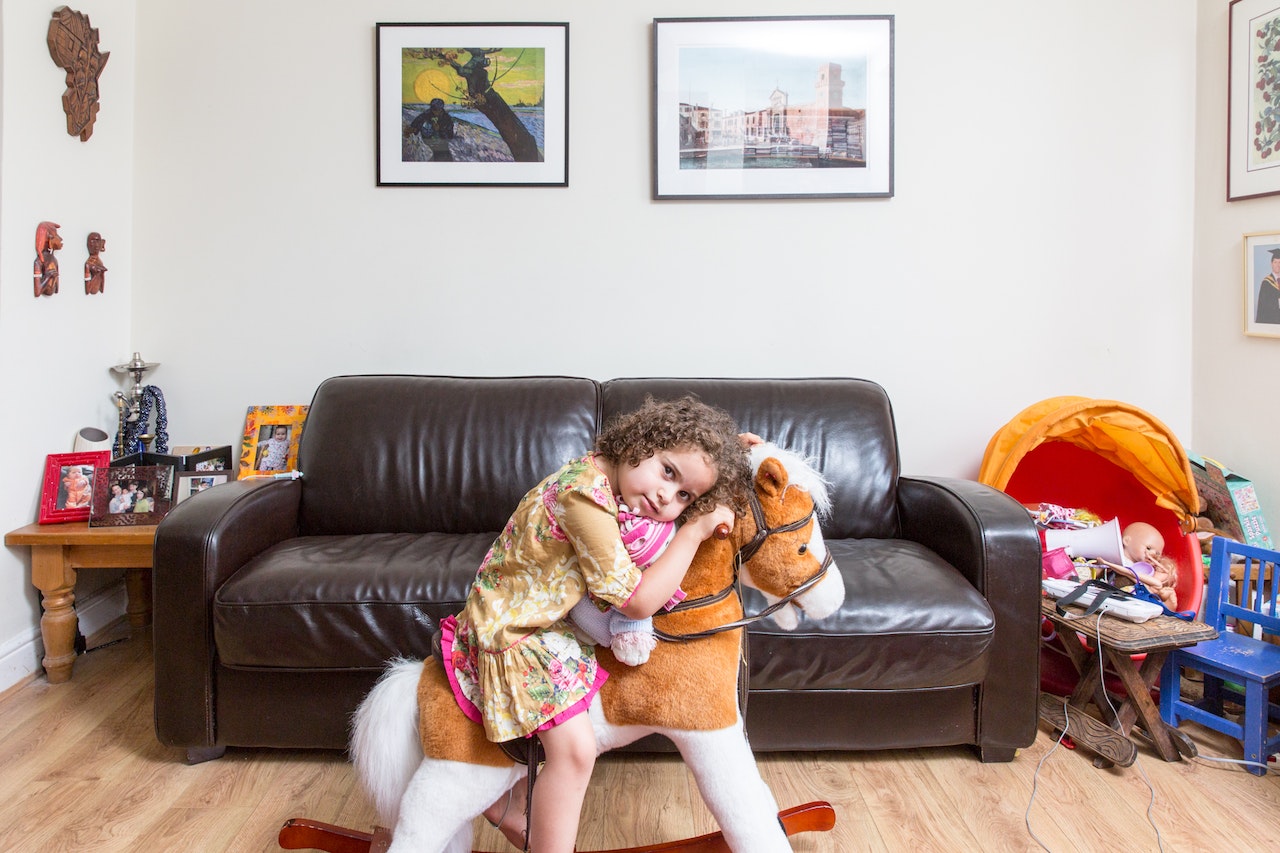 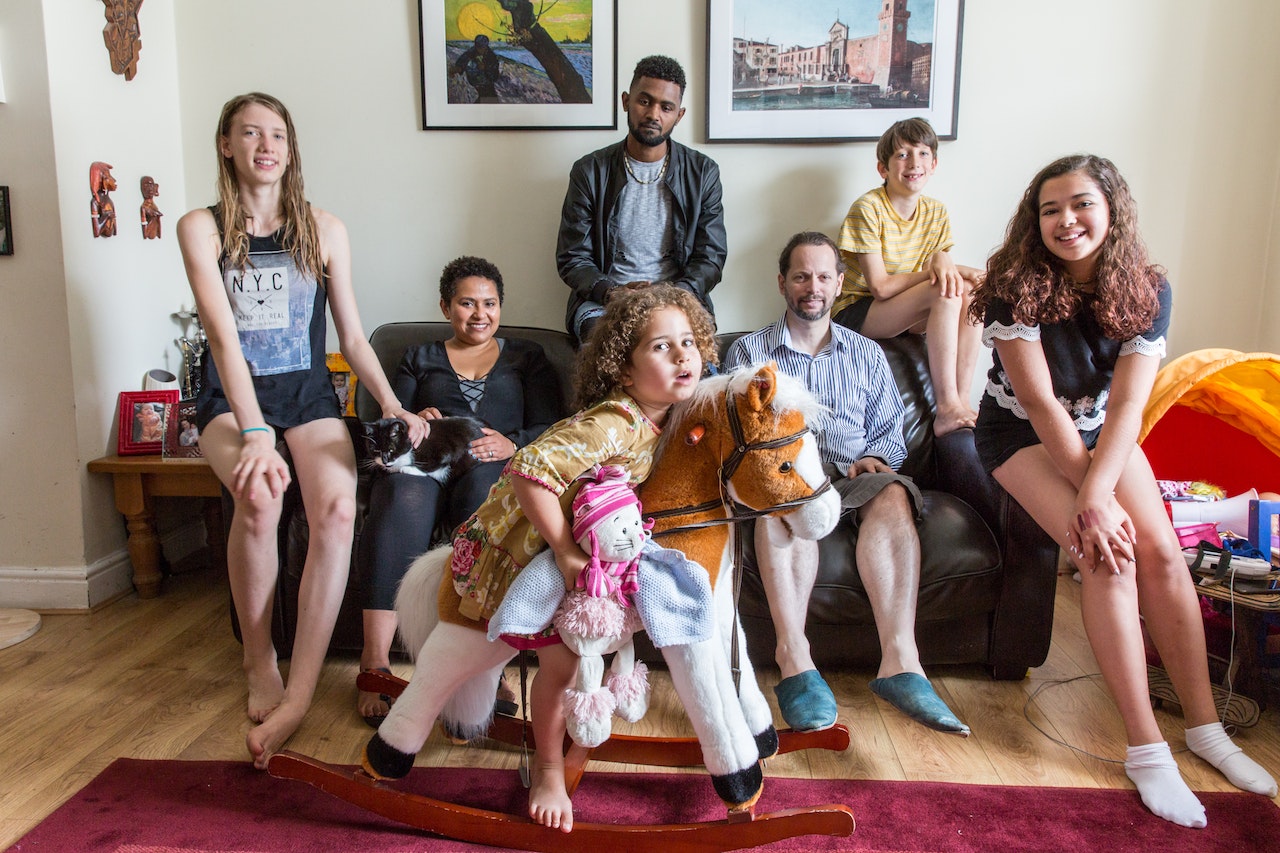 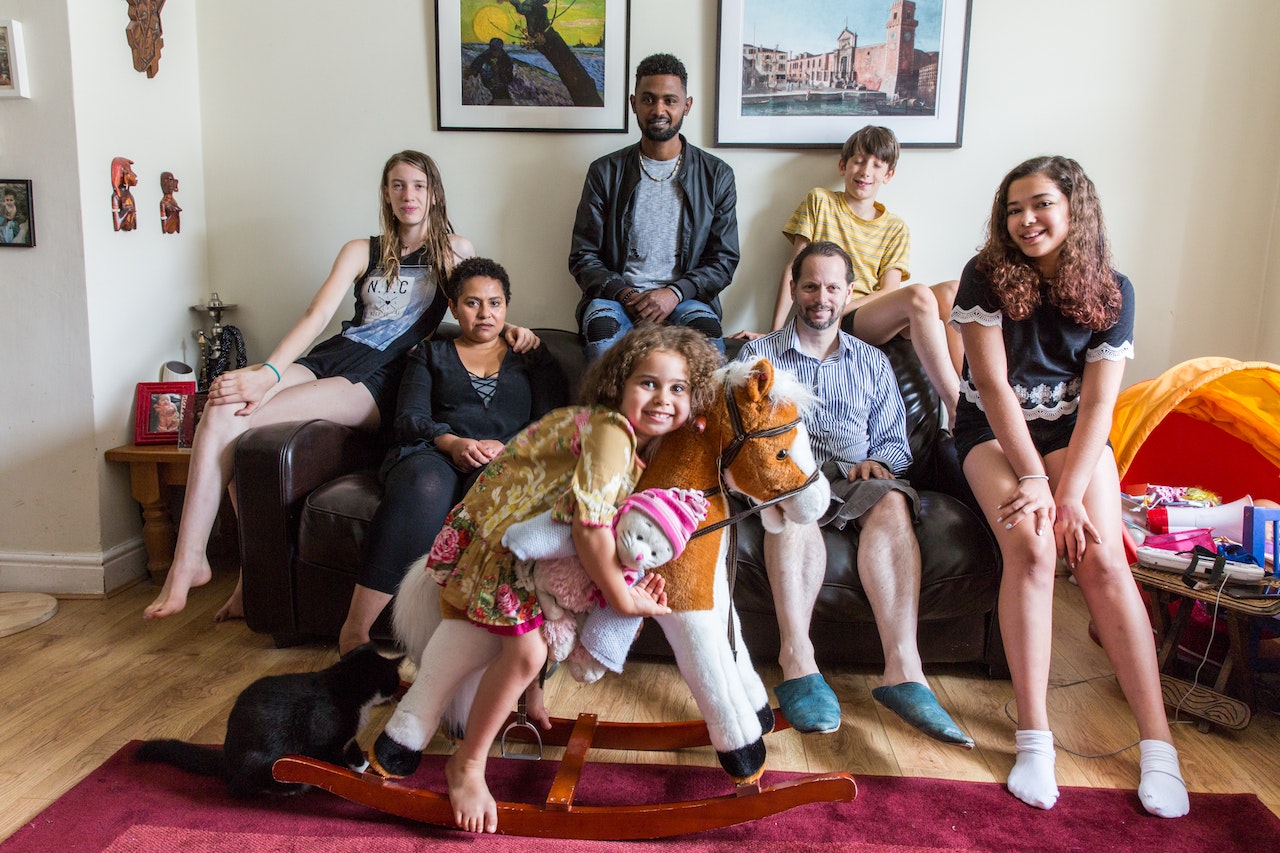 Sahar Awad with her husband Stefano Scarpa, in blue. Their two daughters are far right, Nuala, 12, and on horse Sofia, 4. Stefano's niece and nephew are Lucia and Marco, and middle back is Akram Ibrahim who lives with the family.

“London became my home because it’s the place I feel most connected to,” says Sahar Awad, who came to London to study History and Anthropology at SOAS. Sahar now works as a transport logistics manager – “nothing to do with history or anthropology!” she says, “but after I had children I made a career change in order to accommodate family life.”

In 2010, Sahar met her husband Stefano through friends. She already had a child from a previous marriage and, in 2011, they had Sofia.

Stefano Scarpa, originally from Venice, came to the UK twelve years ago. Before, he worked in a small provincial Italian town and was looking to experience life in a big city. After being offered a job in the UK, he left Italy and came to England. He currently works as a naval architect and business consultant, specialising in luxury yachts and passenger ships.

Recently, the family gained a new addition to the household. Sahar first met Akram in a local barbershop, where he was working at the time. Noticing that he was listening to Sudanese music, she got chatting to him and began asking questions because she knew it was almost impossible for a Sudanese man to come here on a regular visa. “I got the story out of him in the end,” she says.

“Akram was a university student in Sudan,” explains Sahar, “and as there was a political upheaval in Khartoum where he was studying, he inadvertently got caught up in it. He was taken to the authorities and tortured because they suspected he was a member of the party, which he wasn’t. After that, he decided it was best to leave Sudan. He took the overland route across the desert to Libya, and spent two years there working as a forklift driver. However, when Gaddafi was removed from Libya, the country fell into a state of chaos and became extremely dangerous for foreigners to remain there. In the end, Akram reached Italy by boat, travelling for six days without food. He next went to Germany because Italy didn’t have many opportunities in the way of work but, once in Germany, he realised it would take a long time to obtain any sort of permanent settlement there, so he came to the UK. After staying in the Calais Jungle for eight months, he finally made it to England. It took Akram four months to get asylum here. Now granted the asylum, he has five years before it gets reviewed again. When I met Akram, I found out that he was essentially homeless, because of the difficulties regarding his refugee status. I spoke to Stefano about it and we agreed he could come and live here, while he gets himself together.”

Akram says his dream is to study and work in business management, which is what he was studying back in Sudan.

In terms of where Sahar considers home to be, she says, “for me, home is where my family is. London has been my home for 27 years now; it’s the only place I’ve ever anchored myself to. When I leave London, I get homesick after two weeks and want to come back! But if we move somewhere else, that will become home because my family will be there with me.”

Other families from Italy are the Hrela Family, the Paradis & Mori family, the Cardana & Villasenor Family and the Lebarch Family.