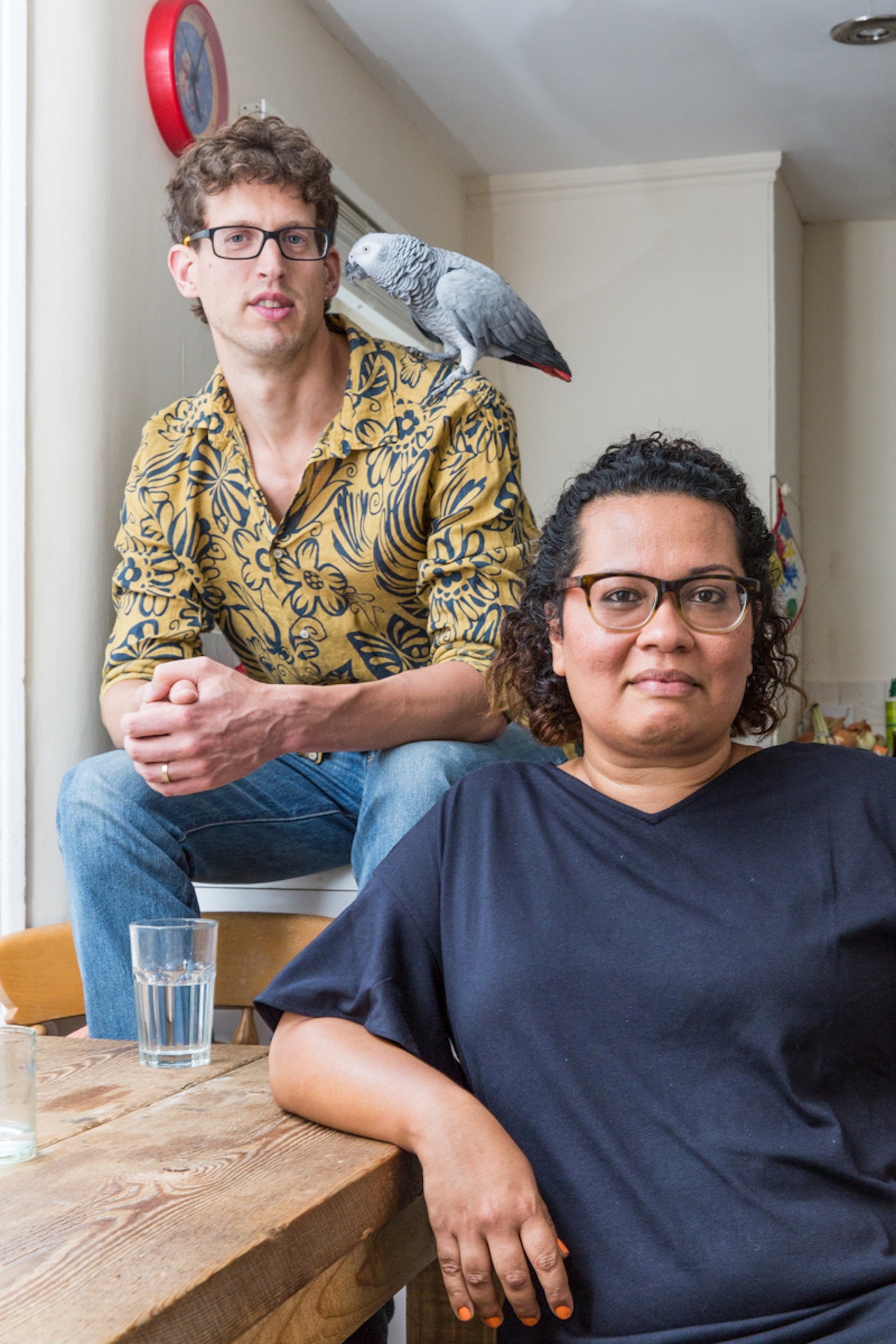 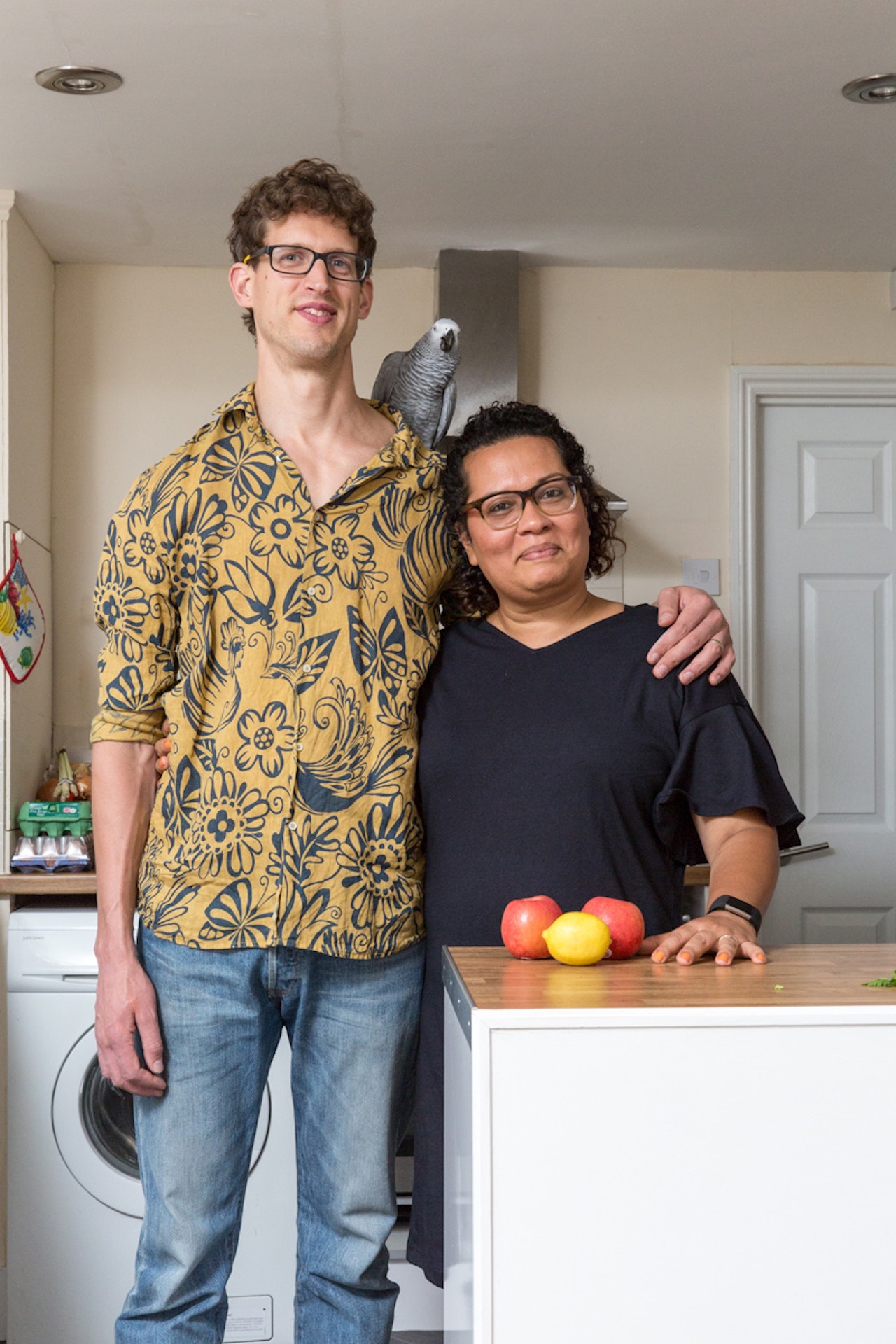 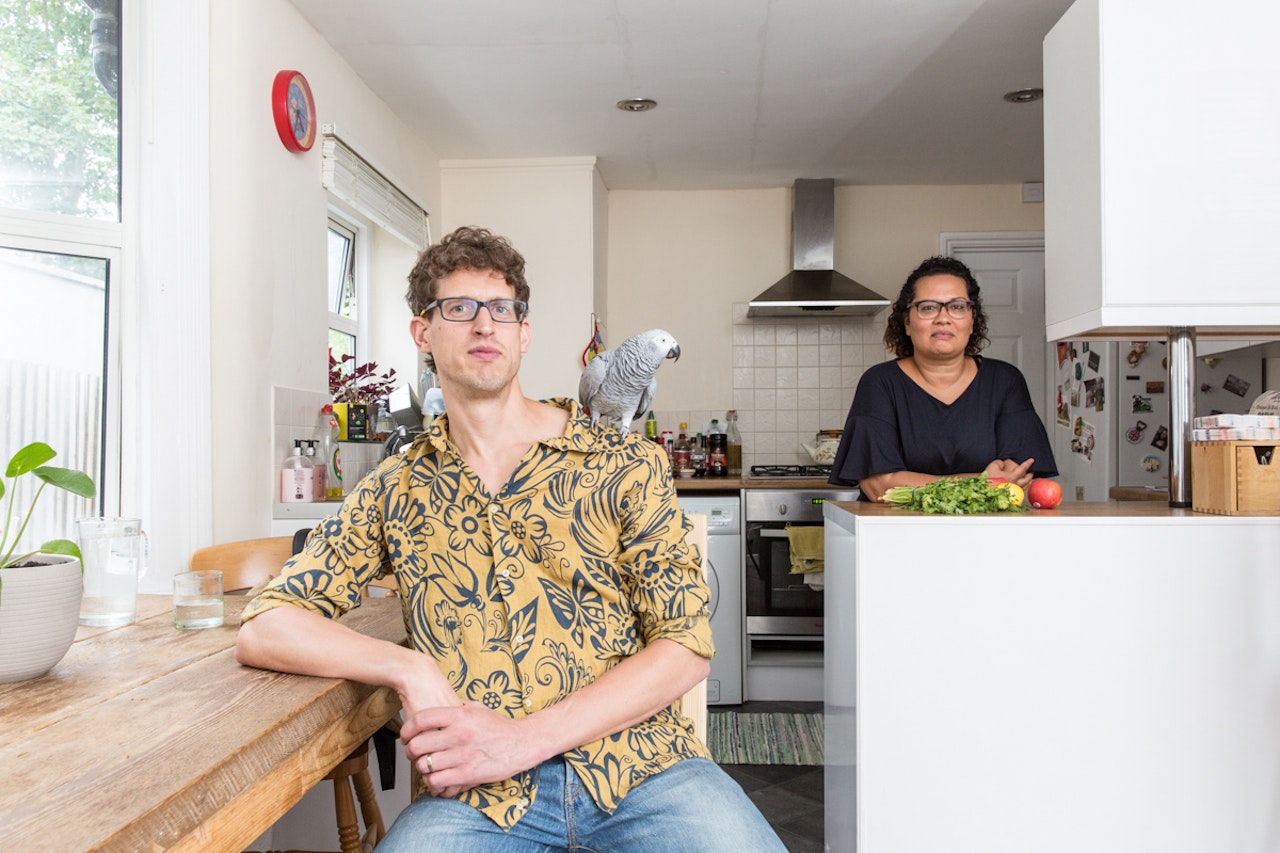 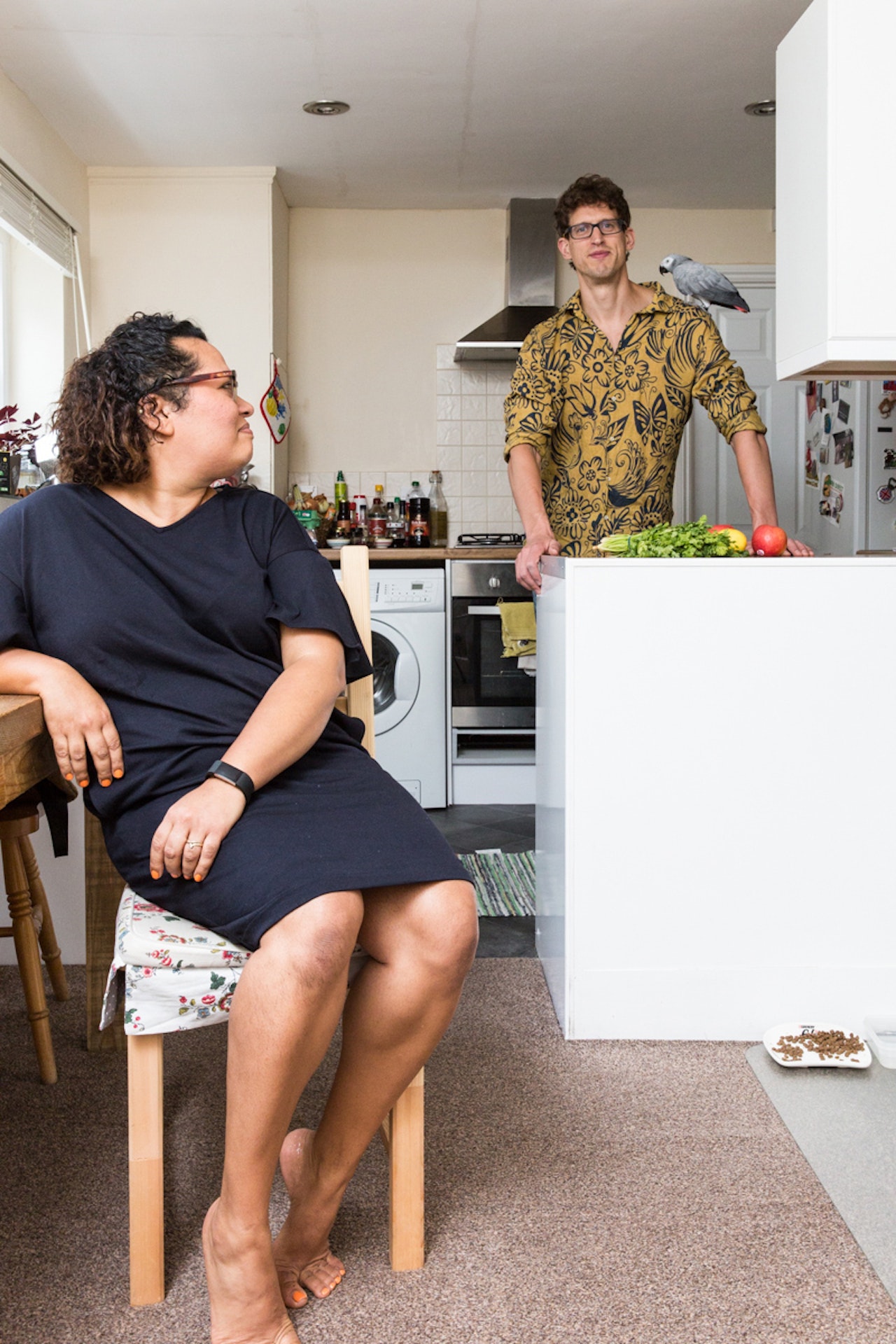 Jessica Vos and her husband Peet van de Sande, with their parrot Smokey.

Jessica Vos met her husband Peet while she was studying in the Netherlands.

Jessica: We got into a relationship in 2002, I think. I went to Amsterdam in 1999 and lived there until we moved to London, about six and a half years ago.

Peet: I had previously come over to London to visit my friend and had a great time. A couple of years later, when I was really not enjoying my job in the Netherlands and looking for something new, Jessica suggested that we looked for something in London. I thought, “why not?” And within three months, we moved.

Jessica: I am now a chef and I cook for a living. I recently started a brand of sauces that are being sold in independent shops all around London. I do supper clubs as well. A lot of people go to Holland and discover Surinamese people and food, because there is such a large Surinamese community there. People come here looking for Surinamese food and, as there is no restaurant in London, they come to me and I make it for them.

Jessica also occasionally writes Surinamese recipes on her blogs, and it is through her blogs that people discover her supper nights.

Having just switched jobs, Peet now works for an insurance company in the City.

Peet: If Brexit does give us trouble, we can always just pack up and go; we can work anywhere in the world with our skillset.

In terms of identity, Jessica identifies with aspects of both Dutch and Surinamese culture. “I consider myself Surinamese,” she says, “but because I’ve lived the same amount of time out of Suriname and I’m married to a Dutch man, I also feel very Dutch at times. I think all people who live abroad encounter a similar struggle in terms of where they feel they belong.”

Jessica: The last time I returned to Suriname was in February 2015. Because I’ve changed so much and my parents are very traditional, it can be challenging sometimes. Having said that, I love making Surinamese food and spoiling people with it. I always cry when I leave Suriname, because it’s where I was born. In Suriname, when a baby is born, their umbilical cord is buried in the ground and that’s where mine is – and so for that reason it is my home.

Also from the Netherlands are the Droma & de Putter Family.