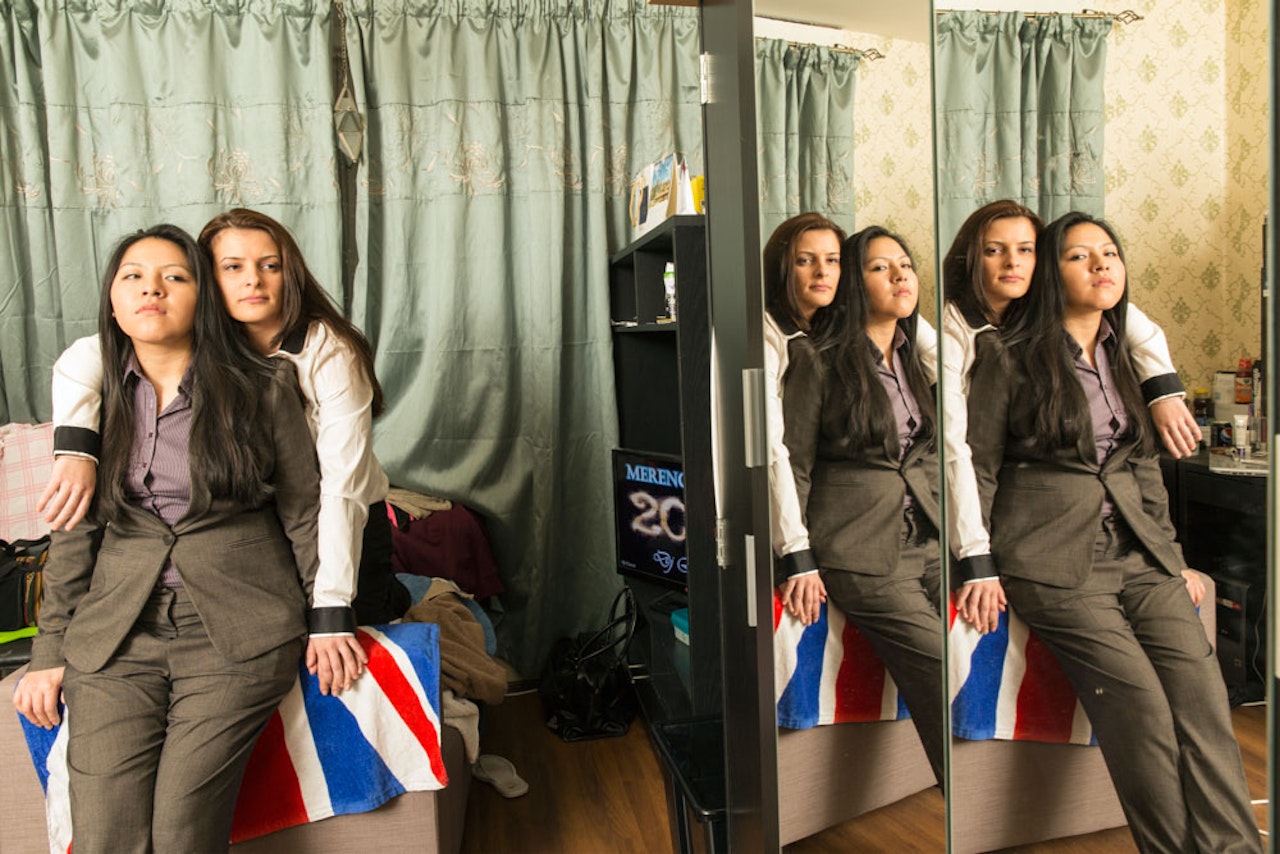 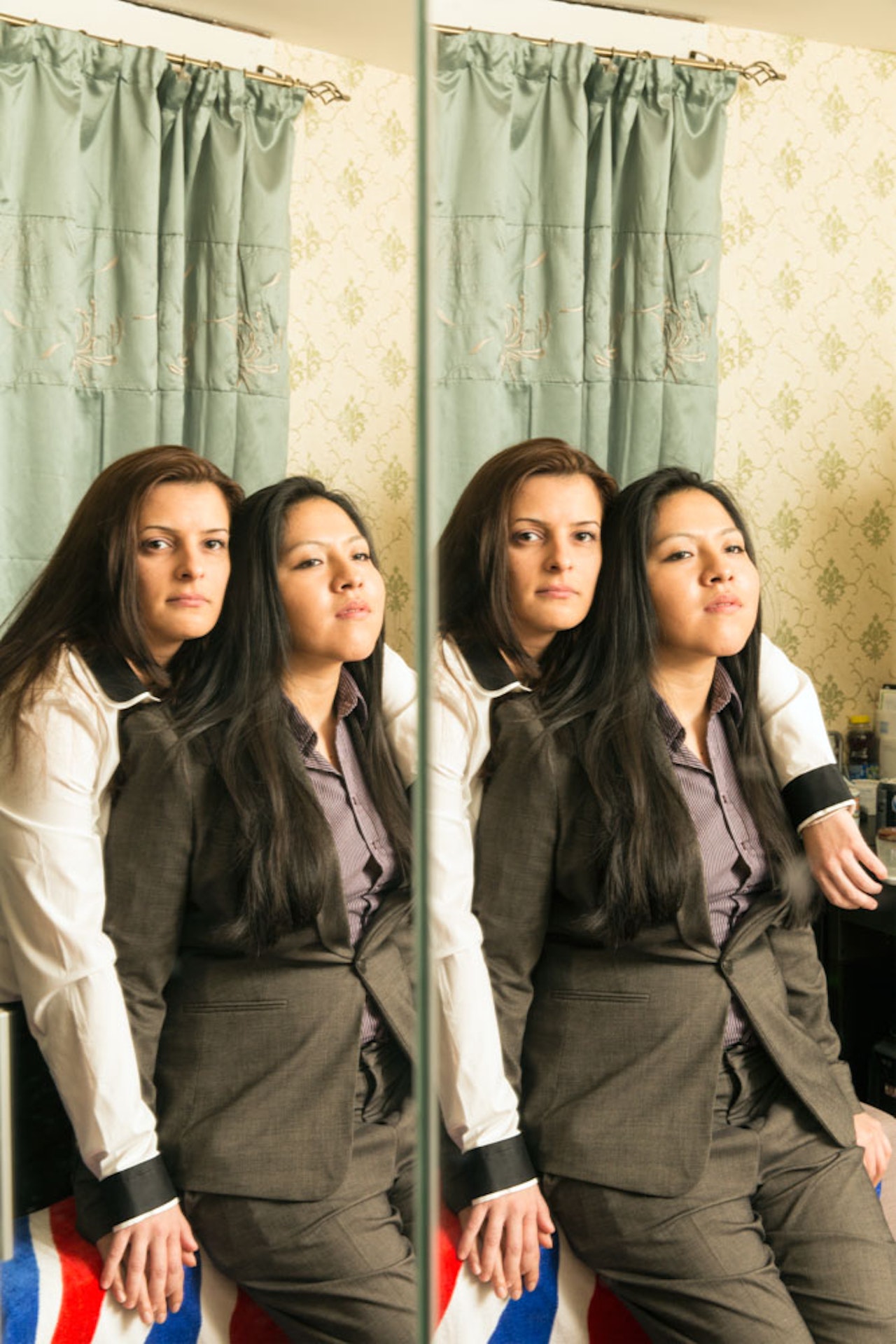 Sara Fatima Svensson originally came to England to study Politics, Philosophy and Economics. After graduating, she began working at the financial firm Bloomberg, and has now been there a year.

It was through online dating that Sara and Angela first met and they dated for eight months before moving in together.

Angela came to England in 2000 to join her mum, who arrived six months earlier. Coming from a very small Bolivian town, Angela recalls the culture shock upon arriving. As they were staying in the UK illegally at first, they received no aid from social services. But, eventually, after hiding for so many years, Angela’s auntie met a solicitor who helped the family get permanent residency in the UK, which they were finally granted in 2009.

In terms of identity, Angela says she sees herself as British, yet she is still very much in touch with her Bolivian roots, which is helped by her family who keep the culture alive by eating Bolivian food, listening to Bolivian music and speaking the language.

Sara says she considers herself more Swedish than British, but more of a world citizen than anything. While her mum is Swedish, she is also half Moroccan from her dad’s side.

Sara: Having been brought up in Sweden, I think people have a specific idea of what a Swede looks like. I never really felt 100% at home there because, being dark-skinned, people would always ask me, where are you from? We did try moving to Morocco, but the irony is that in Morocco I was Swedish. I think, as a mixed child, you don’t really have a specific home. One of the main reasons I feel so comfortable in London is that I don’t have to identify myself as the foreigner. I’m just me.

Angela has returned to Bolivia twice since, but says she doesn’t see herself living there again. “Everything is so backwards there;” she says, “not only that, but I’m not sure what I’d do job-wise.” Currently, Angela is studying Law, as well as working in an accountancy firm as a secretary and administrator.

Angela: People over there are probably more tolerant of gay women, but less so of gay males because they perceive it as an insult towards masculinity. When I first came out to my parents, my mum wasn’t understanding at all. That’s why I felt, if my mum’s not okay with it, then how is my family going to react in Bolivia?

Sara: I think we’ve reached a stage now, though, where everyone is fine with it. This Christmas, my family came over here and we all celebrated together.

However, in Morocco, where homosexuality is illegal, it is a different story.

Sara: My father doesn’t know about us; it’s not something I would ever tell him. On my mum’s side though, everyone is really accepting. At work, I feel very comfortable being open with my sexuality. I haven’t yet found anyone who’s been negative about it. They’re more curious than anything.

From Morocco, Sweden and Bolivia, the Svensson Family.